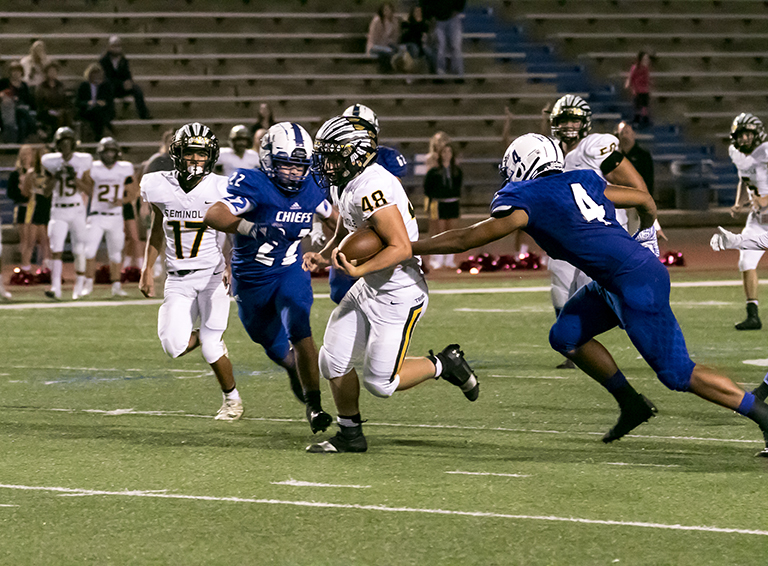 SAN ANGELO – In "’Fright’ Night Lights" district 2-4A pre-Halloween, opener between the Lake View Chiefs (0-1 district) versus Seminole Indians, Seminole (1-0) took no prisoners as the Indian tribe scalped the Chiefs tribe, 55-6 in a game played at San Angelo Stadium.
The Chiefs were brutally assaulted every which way you could imagine as the Indians ran left, up the middle, and to the right to the tune of 298 yards rushing, 107 yards passing for 498 yards of total offense. 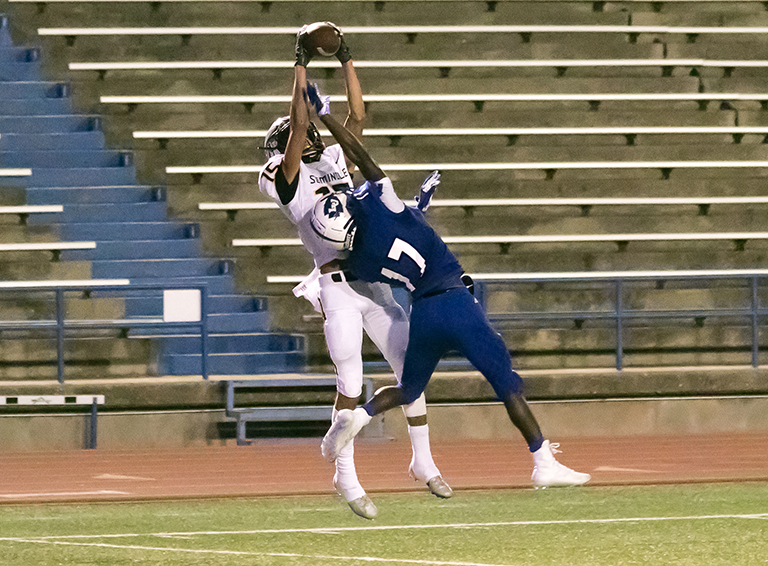 From the opening series drive, the Indians scored often and at will as Seminole jumped on the Chiefs for 14 points to end the first quarter. In the second quarter, it only got worse for the Chiefs who contributed to their own demise by their special teams’ player who a muffed punt on fourth down. Lake View also self-inflicted themselves with two interceptions, one returned for a touchdown. Meanwhile the Indians’ offense gouged the Chiefs defense for huge runs of 28, 19 and 29 yards. 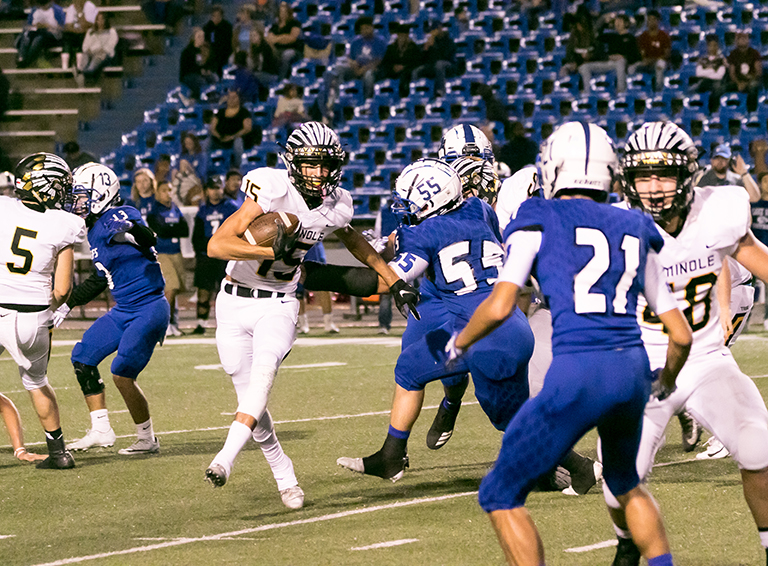 Seminole led at the half, 41-0 and put up 14 additional points in the third quarter for a RIP (Rest in Peace) “nail the coffin shut” horrific beating on the Chiefs.