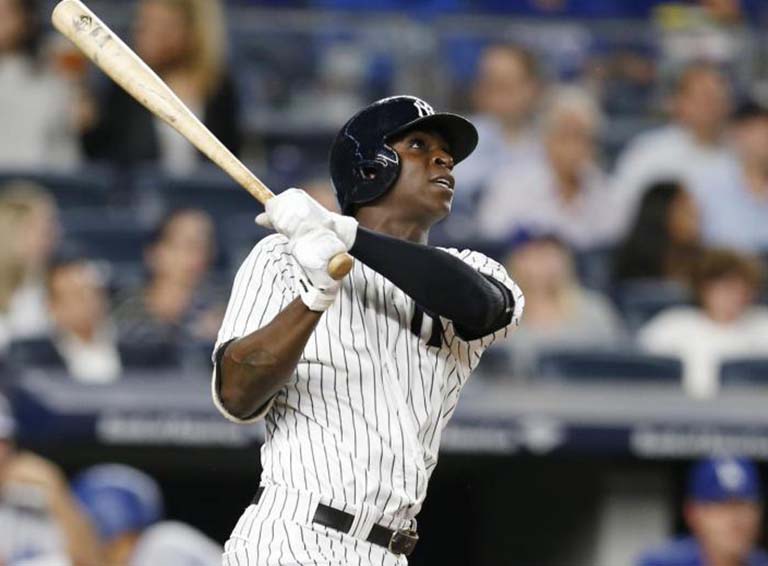 CLEVELAND — Playoff baseball today is to playoff baseball just three years ago as the iPhone is to a rotary phone. Among the early adopters, no team has mastered the modern game better than the New York Yankees.

Those traditionally quaint notions of playing small ball, bunting, hitting behind runners, stringing hits together and counting on starters to pitch deep into a postseason game are antiquated. Ever since a hotter, tighter version of the baseball appeared in the second half of the 2015 season, what wins now are home runs (a record number of which were hit this year) and relievers (who pitched a record number of innings with a record number of strikeouts).

The Yankees, who led the world in home runs and built the second-toughest bullpen to hit all-time, have figured out this equation. They displayed their firm grasp of the modern game yet again Wednesday night with a 5–2 win over Cleveland in ALDS Game 5, clinching a spot in the championship series against Houston.

Shortstop Didi Gregorius, who was such a lousy hitter when he arrived in New York in 2015 that he needed remedial hitting lessons, smashed two homers off tarnished Indians ace Corey Kluber to account for a 3–0 lead, and that was that. No need for rallies. Two swings were enough to win because relievers David Robertson and Aroldis Chapman faced 14 hitters while allowing no hits and only one ball to even leave the infield.

Now think about the ALCS, which begins Friday in Houston, and how we wound up with the Yankees playing the Astros.

Here are the two teams with the most home runs in all of baseball this year:

Here are the two greatest strikeout bullpens of all-time:

(The 2017 Dodgers, by the way, rank third all-time; that’s right: three of the final four teams standing rank 1-2-3 all time in strikeouts from their bullpen.)

The modern game is a brutally simple one. Home runs and power arms have knocked out subtlety, lessened the impact of our hallowed “little things” that for generations we liked to believe made the difference between winning and losing. It’s smash-mouth baseball now. And nobody plays it better than the New York Yankees.