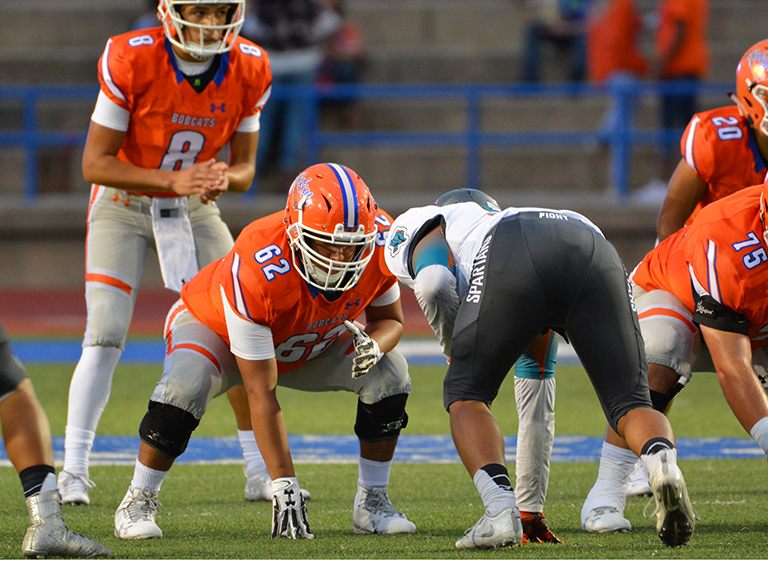 SAN ANGELO – Malachi Brown, just a sophomore in his first start as the triggerman for the Central High Bobcats, grew up in a hurry as he had a jaw-breaking 66-yard touchdown jaunt, a 15-yard touchdown pass to Jackson Timme in the third quarter; and a fourth quarter touchdown run to lead the ‘Cats to a 31-20 homecoming win over unbeaten El Paso Pebble Hills Spartans. The game played at San Angelo Stadium was greeted by cool temperatures, cloudy skies and no rain at all (it had been raining steadily for several days). But don’t tell that to the Spartans as a different element in the form of Brown “rained on their parade” as he produced over 350 yards of total offense.

Brown would have had a fourth score if not for fumbling the ball at El Paso Pebble Hills’ four-yard line after a 55-yard run that bounced perfectly into the hands of wide receiver Tanner Dabbert who caught on the fly and scored to make it 14-6 which was the score at halftime. 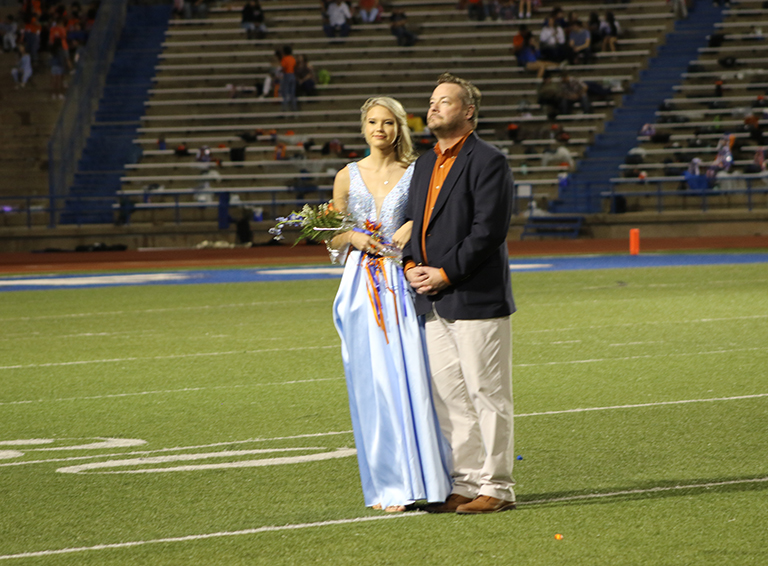 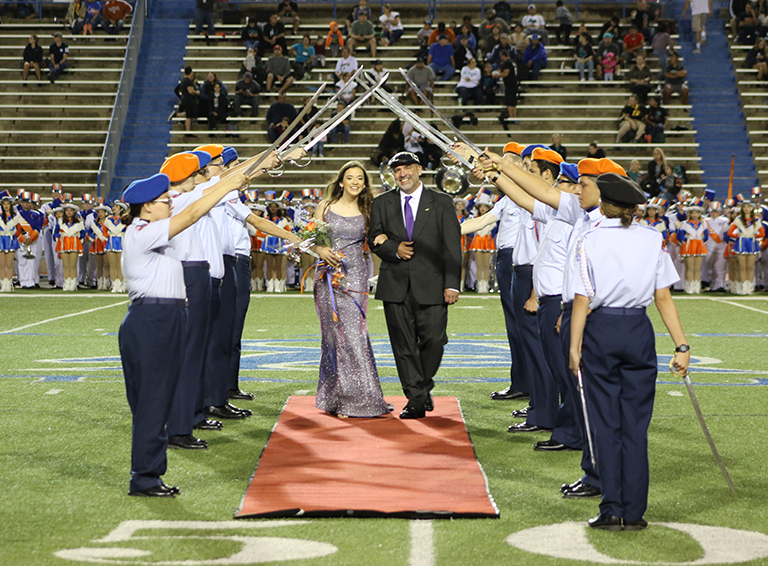 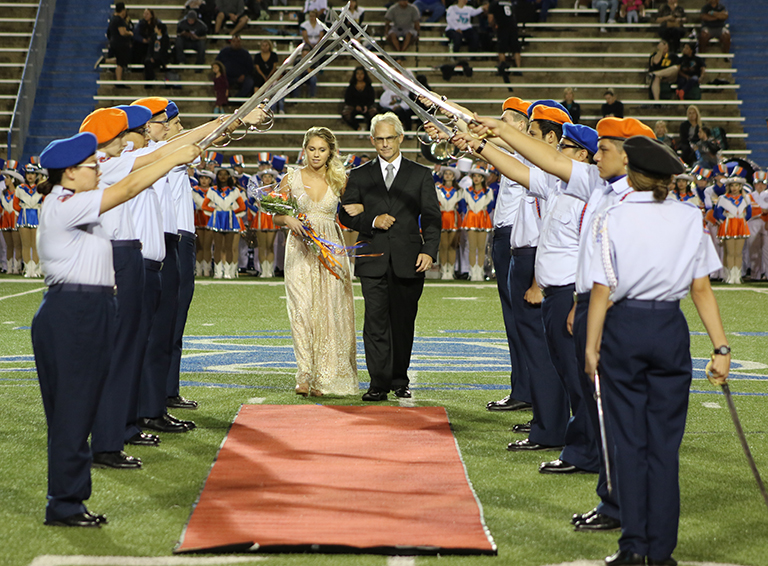 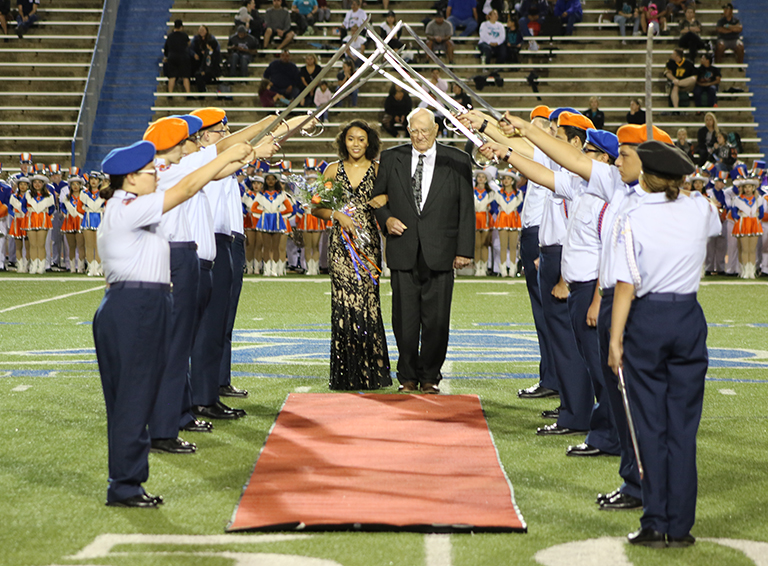 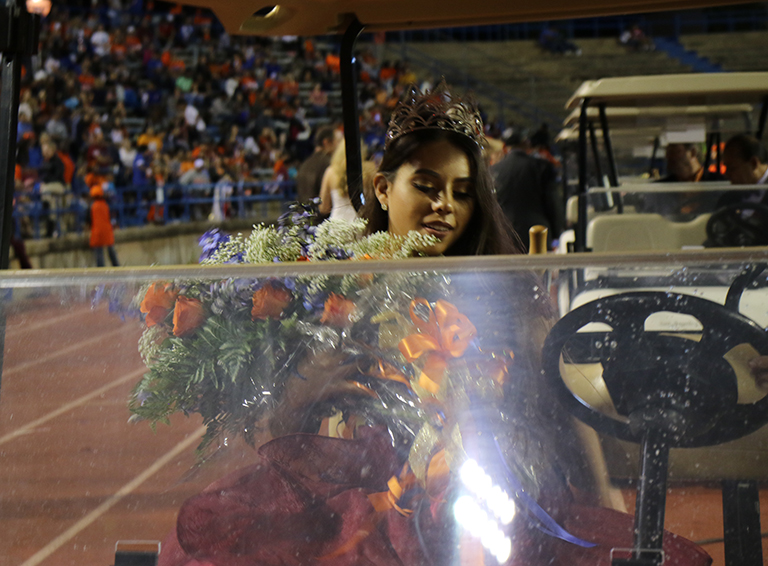 During the homecoming half-time, six duchess nominees: Nayely Blanco, Bay Hester, Parris Parmer, Mary Grace Pidgeon, Bailee West and Acacia Wiley were introduced before the 2018 queen was crowned; it turned out to be senior, Nayely Blanco.

Meanwhile the game played out with penalties throughout the night, 15 flags for CHS, 11 penalty flags against El Paso Pebble Hills. None-the-less there were offensive fireworks galore on both the Cats and Spartans' part.

After the game started off slowly, both octane offenses exploded for a combined 30 points in the second half. El Paso Pebble Hills got back in the game in the third quarter to take a 20-14 lead as the game clock showed under 10 minutes left. However, CHS put up 17 points (7 in the third and 10 in the fourth quarter) to give the Spartans (3-1) their first loss of the season. The Bobcats improved their non-district record to 3-1.

Central’s district 3-6A season opener kicks-off on the road against Weatherford next Friday September 28 at 7 p.m.