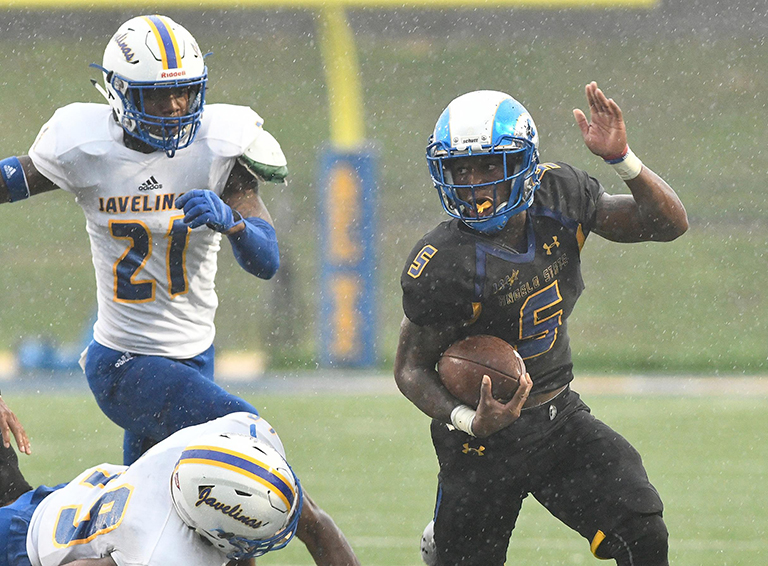 The Rams (2-1, 1-0 LSC) opened Lone Star Conference play with the win over the Javelinas (1-2, 0-2 LSC) with Tyrese Nathan running for 116 yards on 25 carries and Payne Sullins throwing for 117 yards on seven completions. Hunter Kyle led the Rams with 16 tackles and Grant Aschenbeck added 15 more for the defense which recorded two turnovers. ASU, which was playing its home opener, finished the game with 322 yards of offense and limited TAMUK to 206 throughout a night where rain fell from kickoff to the final celebration by the Rams after the win.

Nathan would surpass 100 yards for the second time this season after opening the year with 134 yards at Western Oregon. A sophomore, Nathan now has 357 yards rushing this season on 68 attempts for 5.0 yards per carry. ASU finished the game with 205 yards rushing through the deluge of rain that soaked the LeGrand Stadium turf throughout the night.

Angelo State will return to action next Saturday at No. 7 Midwestern State in Wichita Falls before hosting Tarleton State on Saturday, Sept. 29 back at LeGrand Stadium at 1st Community Credit Union Field.