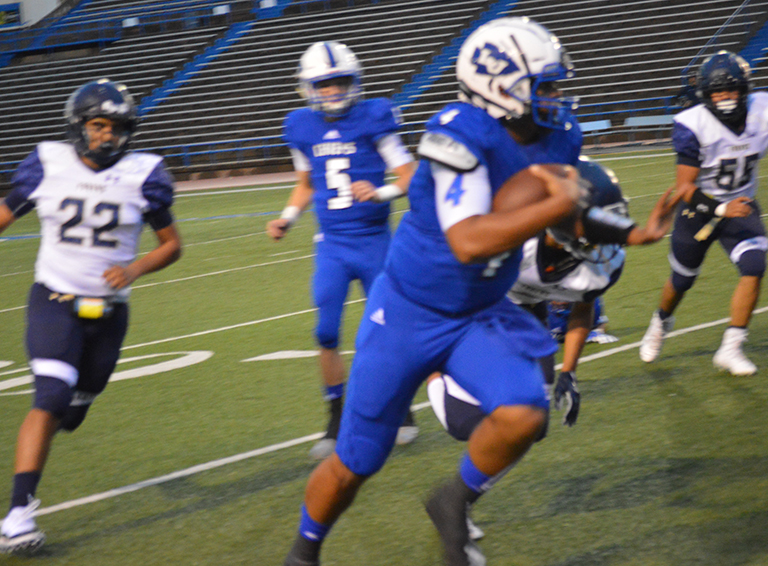 SAN ANGELO – In Friday night's non-district opener, the Fabens Wildcats feeling pretty good about themselves after coming off a 49-12 blowout of Van Horn, literally experienced the phrase “rain on my parade” when Lake View Chiefs’ quarterback, Kendall Blue’s, four touchdown passes broke open the floodgates with a 35-0 whitewash in a game played at San Angelo Stadium. With the Chiefs first win of the season, Lake View stopped an 18 game losing streak that dated back to September 4, 2016.

When the Wildcats (1-0) arrived in San Angelo Friday afternoon for a 7 p.m. kick-off start, Fabens faced not just their opponent the Chiefs (0-1,) but two other elements: long-distance travel and a 45-minute rain delay.
For whatever reason, after the Chiefs won the coin toss and deferred to the second half, the Wildcats came out on their first series sluggish and punted. 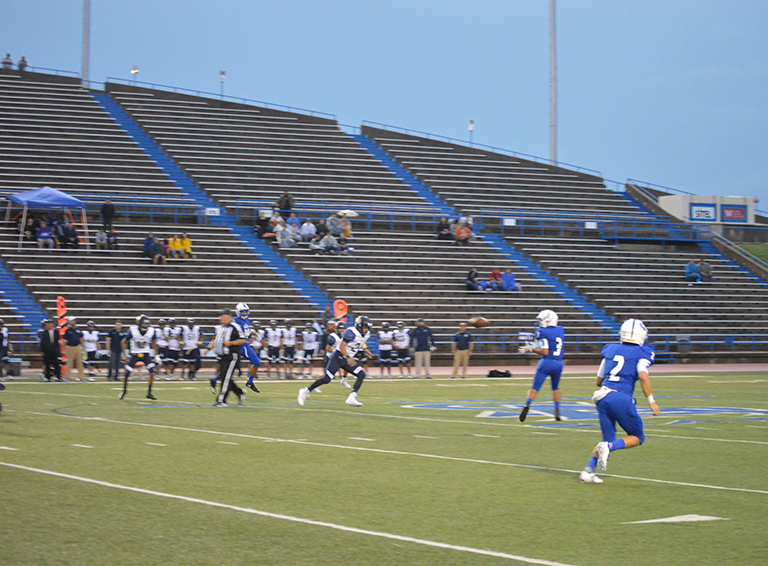 Meanwhile back-at-the Pride of the Northside ranch, the Chiefs’ senior quarterback, Blue, got Lake Views’ high-octane offense jump-started by driving 65 yards to score first. Blue contributed in three ways to get the Chiefs on the scoreboard; the first one was when he connected with receiver, Matthew Chappa on a mid-range pass over the middle that got Lake View in scoring range. 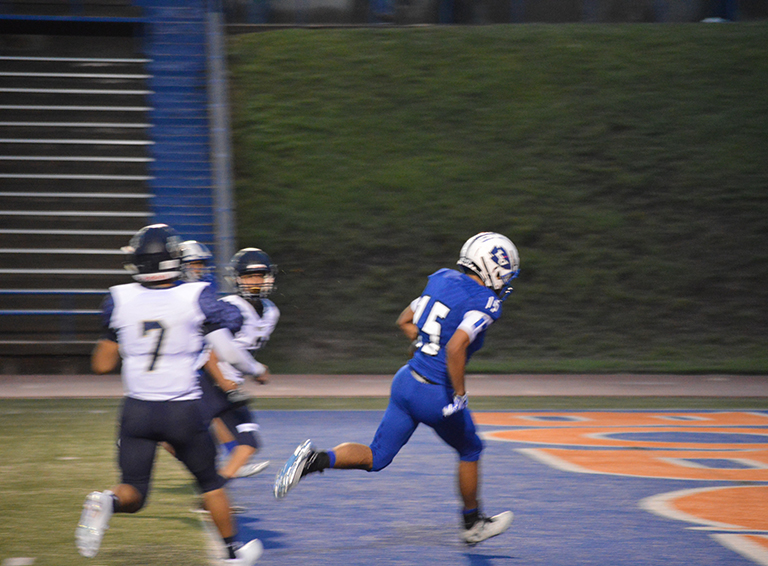 Blue followed that up with a short run and finished off the drive when he threw a slant pass to receiver, Johnny Espinosa for a 14-yard touchdown. After PAT, Chiefs led 7-0 with 8:47 left in the first quarter. 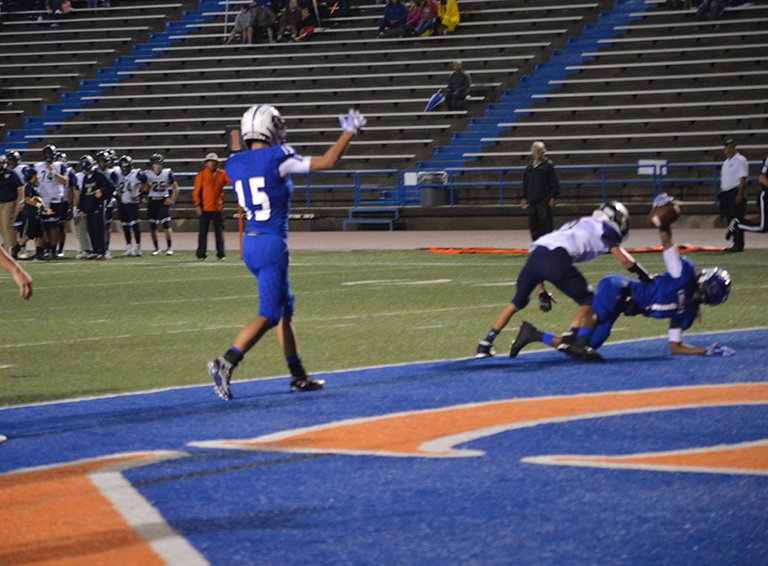 Next time around, Blue was just starting to warm up on a cool night when he threw his second td pass, again a slant touchdown pass to his other receiver, Ahmad Daniels. This touchdown came with less than 30 seconds to go in the first quarter for a 14-0 lead over Fabens.

After the Chiefs’ stonewall defense recovered a fumble in the second quarter, Blue’s third touchdown of the night is from a shorter distance. If you guessed a slant pass for a seven-yarder to Sonny Moreno, then yep, you are so right. Lake View now leads Fabens by three touchdowns, 21-0. Kendall closes out the scoring 42 seconds just before the half with his fourth touchdown; this one has his signature written all over it as he throws a deep pass down the right sideline to a third different receiver, Adrian Villa. Lake View’s lead balloons to 28-0 and that’s how the half ends.

In the second half, the Chief’s offense sputters and stumbles along the way to come to a slow crawl before Kendall finishes off his night with an 11-yard touchdown run to end Fabens long night of frustration from a long trip across Texas and being "rained on its parade" with their first loss of the season.

The Chiefs go for their second consecutive non-district win on the road next Friday, September 14 against the Snyder Tigers. The 7 p.m. kick-off is from Tiger Stadium.