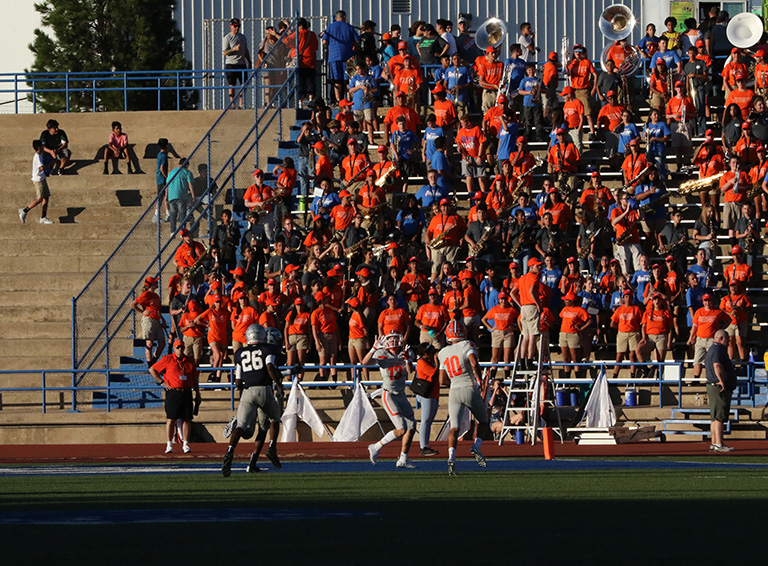 The Bobcats’ offense with seven starters, scored first with 4:49 left in the first quarter when senior quarterback, Maverick McIvor, threw his first touchdown of the season to Philip Lupton from nine-yards out. PAT made it 7-0 CHS over Killeen Shoemaker.

Though the Cats (1-0) are now unbeaten with 24 straight regular home wins, this one was not decided until the second half. Central’s young, “Angry Orange, “Sic em” defense (three starters) played its part in the first half to keep the Wolves out of the end zone. Killeen Shoemaker didn’t do itself any favors when about halfway through the second quarter the offense scored on a 76-yard touchdown catch and run that was nullified by a penalty.

In the second half on the Grey Wolves opening drive, junior wide receiver, Jalin Dixon, scores for Shoemaker on a 30-yard run to make it 7-7.
Central put Killen away with two touchdowns, with McIvor involved, both on a pass and run.
Maverick connected on a 20-plus touchdown pass to Samuel Goodloe; the second one by McIvor was a one-yard run that sealed the game.

CHS' next non-district game is on the road, on Friday, September 7 against the Del Rio Rams. Kick-off from Walter Levermann Stadium is set for 7:30 p.m.