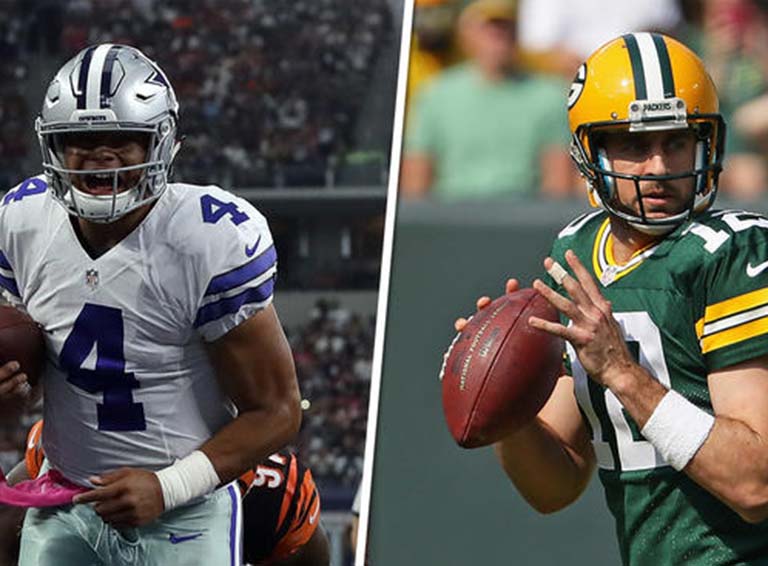 DALLAS – For the second consecutive weekend, the Dallas Cowboys lost a half-time lead and game. This time against the Green Bay Packers, 35-31.

The ‘Boys got waylaid (attacked) as Aaron Rogers beat them again late in the fourth quarter. The last team Rogers’ Packers played Dallas was nine months ago when he beat them with his arm to get his field goal kicker, Crosby a chance at a game winning kick.

This afternoon at AT&T Stadium, Rogers again beat the Cowboys, this time with his legs as he got the Packers in field goal range. Once Rogers got inside the 20 he put the dagger in Dallas’ defensive heart; he throws a back-shoulder pass at its highest point to his receiver, Devante, who caught the ball over Dallas defensive back, Jourdan Lewis. After the PAT, Green Bay leads 35-31 with about 13 seconds left in the game.

Prior to Rogers’ game winning drive, Dallas’ Dak Prescott scored the Cowboys last points on a touchdown run to take the lead, 31-28. During that final, time consuming drive, the Cowboys used up just about nine minutes; however, there was TOO much time left on the clock for Rogers and his Packers to come back.

Rogers drove Green Bay 75 yards in 62 seconds to close out the 'Pokes and send them into the bye-week with a 2-3 record. Green Bay's record goes to 4-1.

In two weeks, Dallas goes on the road to play the San Francisco 49ers in a 3:05 p.m. kick-off start from Levi Stadium.