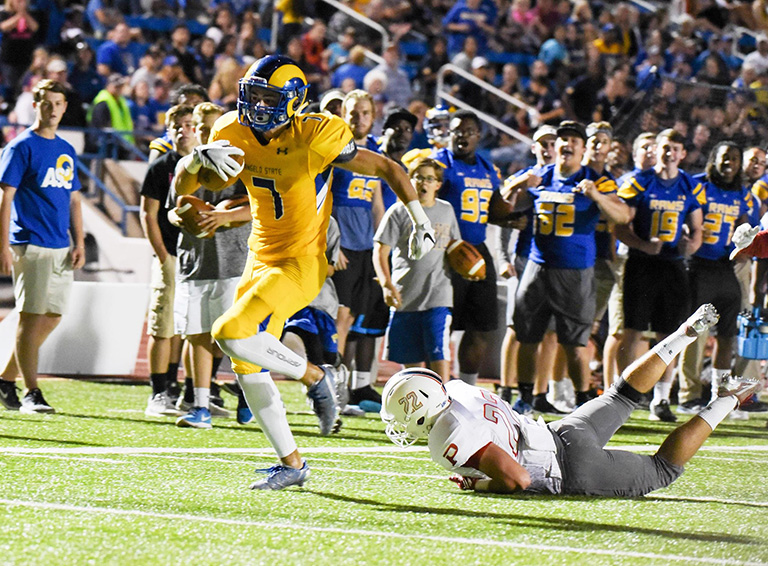 The Sports Huddle is from 5-7 p.m. on 1260AM KKSA and online at kksa-am.com and will focus on the team's season opener which is on Saturday at Western Oregon.

Bryant, who will also broadcast all Ram football games this season with Dr. John Klingemann, started the Sports Huddle in 2006 and highlights ASU and athletics from throughout the Concho Valley. Bryant is beginning his 17th season broadcasting Angelo State athletic events after beginning in 2001 where he was on air for the final three games of the season. The first Sports Huddle featured Archie Manning a day after Peyton Manning led the Indianapolis Colts to a 26-21 win over Eli and the New York Giants in the first game between the two brothers.

Throughout the years Bryant has featured Angelo State athletes on the weekly radio show along with broadcasting games throughout the year. The ASU football team will be live on the radio at 5:45 p.m. on Monday with fans encouraged to attend at Buffalo Wild Wings which is located at 4251 Sherwood Way.