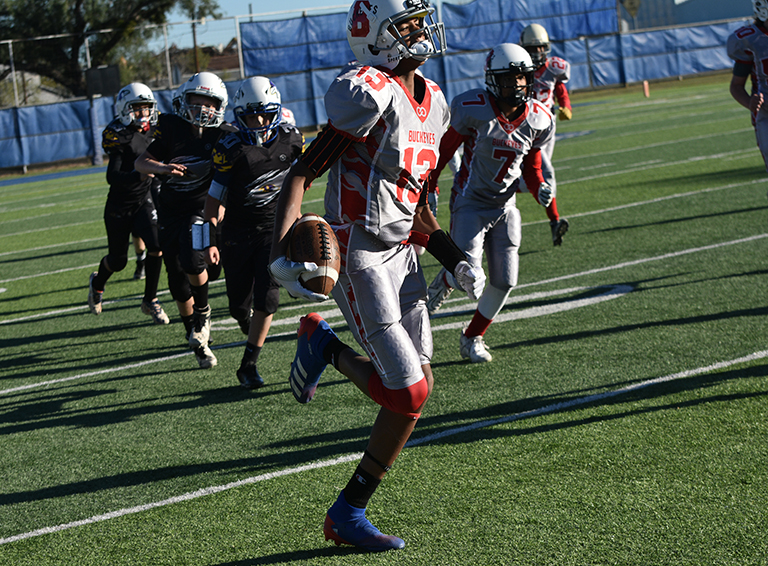 SAN ANGELO – In Saturday’s November 5, 2022 matchup between two YMCA heavyweight division teams: the scarlet and gray Buckeyes (5-0) bounced the purple, black, and gold, “nevermore” Ravens in the second round of the playoffs, 32-12. The 9:15 a.m. was played at Old Bobcat Stadium. 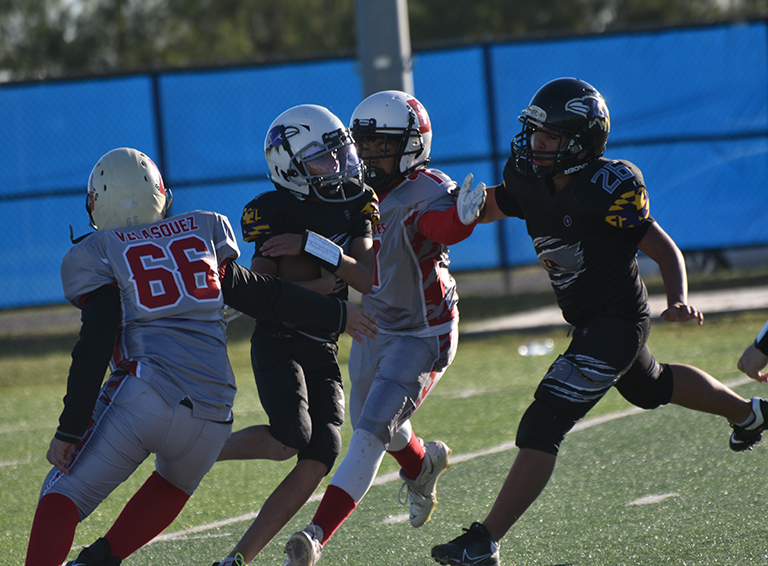 The Buckeyes 6th consecutive win of the season, earned the team the right to play in the Super Bowl on Sunday, November 13, 2022. The Bucks’ SB opponent will be the Hawks who won its earlier playoff game vs the Oilers. Kick-off from San Angelo Stadium is at 7 p.m. 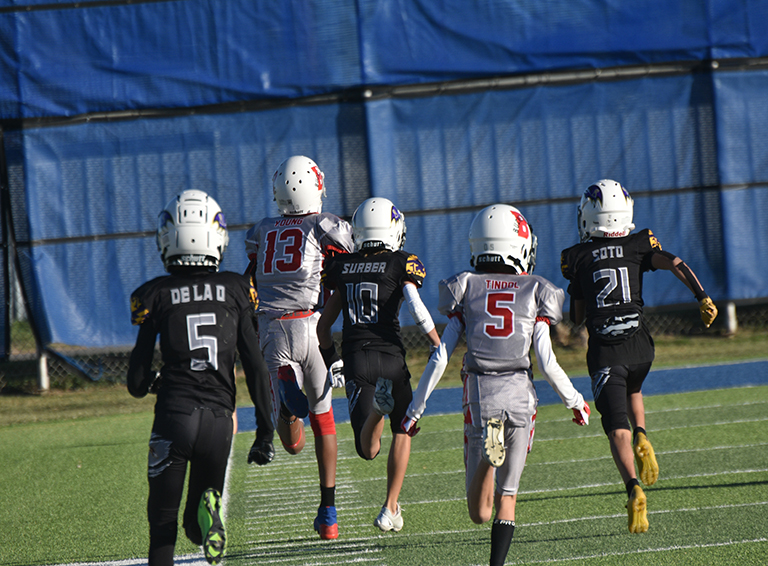 Buckeyes' Andrew "Prime Time" Young outruns the Ravens' defensive secondary on the way to his first of two touchdowns on the day. 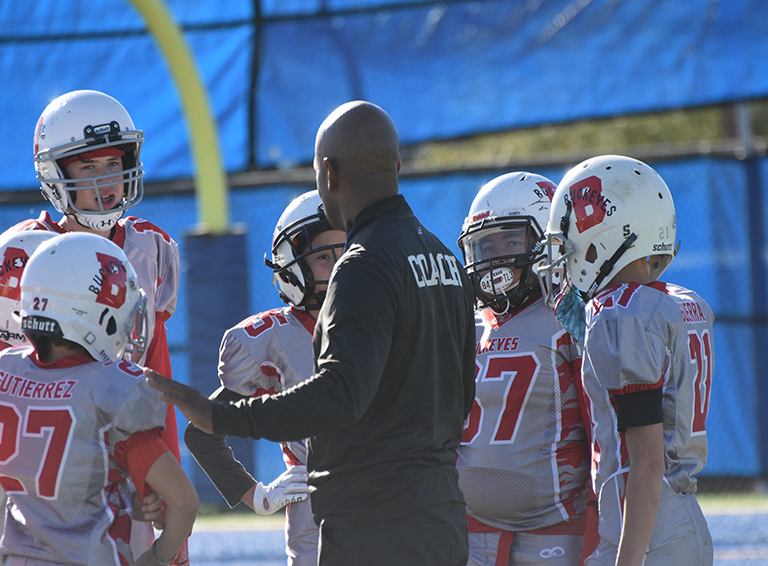 2nd year head coach, Tim Griffis’ fantasy scoring offense, led by Andrew “Prime Time” Young put the Ravens up, 20-0 at the half. On the other side of that two-headed coin, Terrall Dickeron, defensive coordinator had his ball-hawk defense aggressively attack the Ravens’ offense from start to finish. 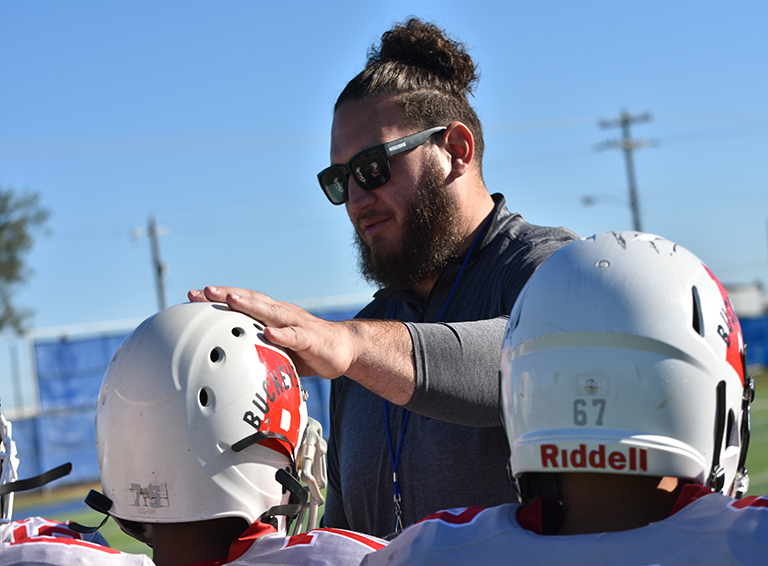 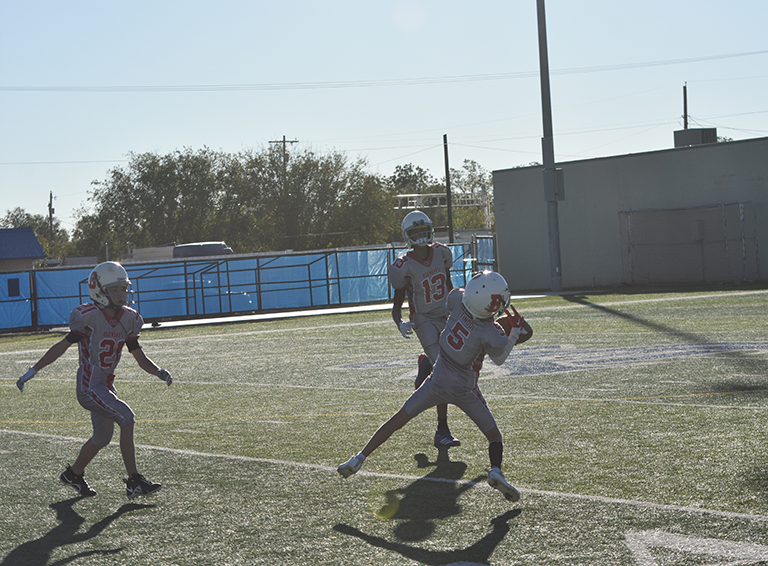 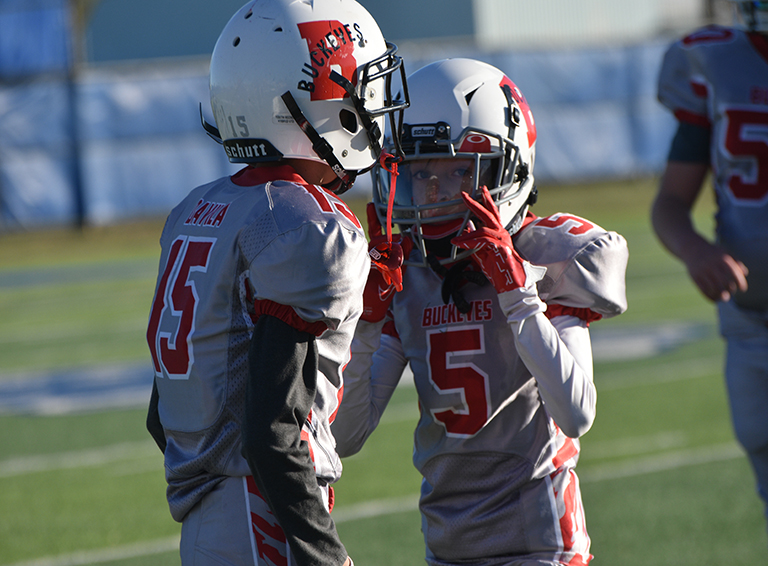 Buckeyes' defensive back, Jordan Tindol came up with a big INT to thwart one Ravens' offensive opportunity. 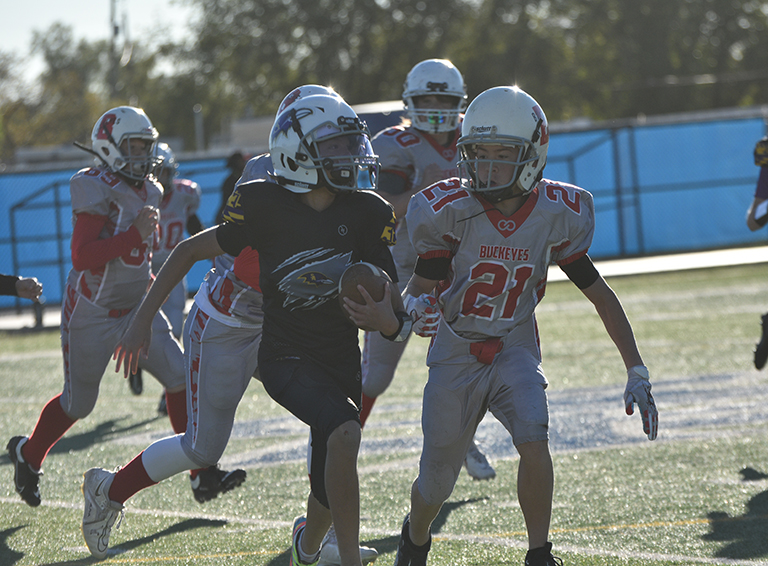 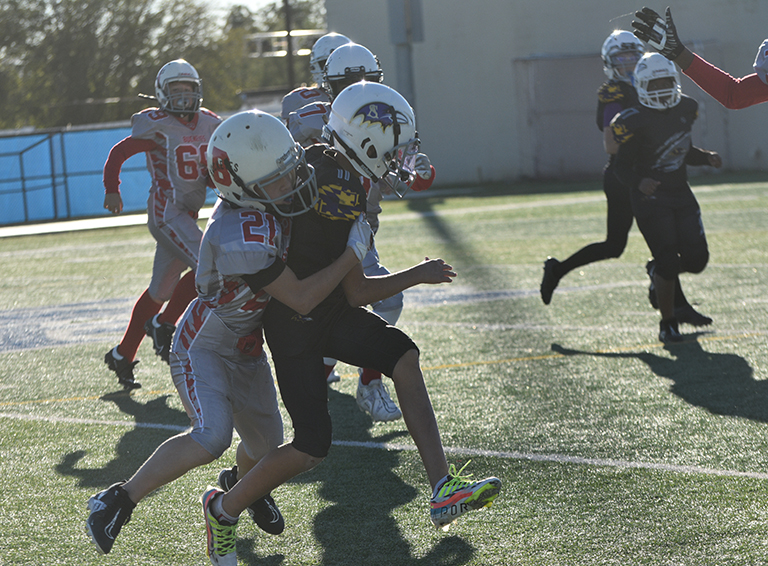 A third defensive member of that unit was Christapher “head hunter” Guerra who first ran down Raven’s back, Abel DelaO. He then corralled quarterback, Ja’Quori Clay. 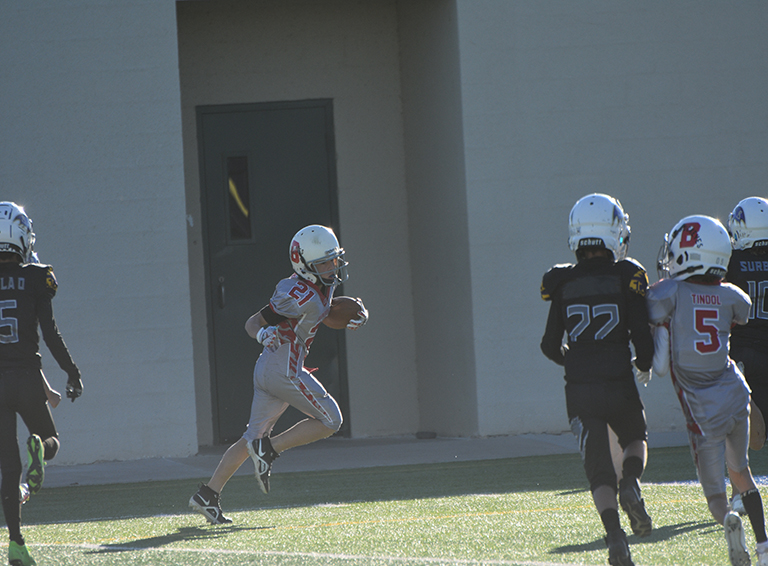 Guerra also served as Coach Griffis’ “Swiss Army Knife” when he scored a 52-yard back-breaking touchdown run on a reverse handoff from quarterback, Young. Guerra’s six-pointer gave the Buckeyes a 26-6 lead early in the fourth quarter.

The Buck’s defense only allowed one touchdown late in the game, before its’ offense closed the door with a kick-off return to end the game, 32-12. 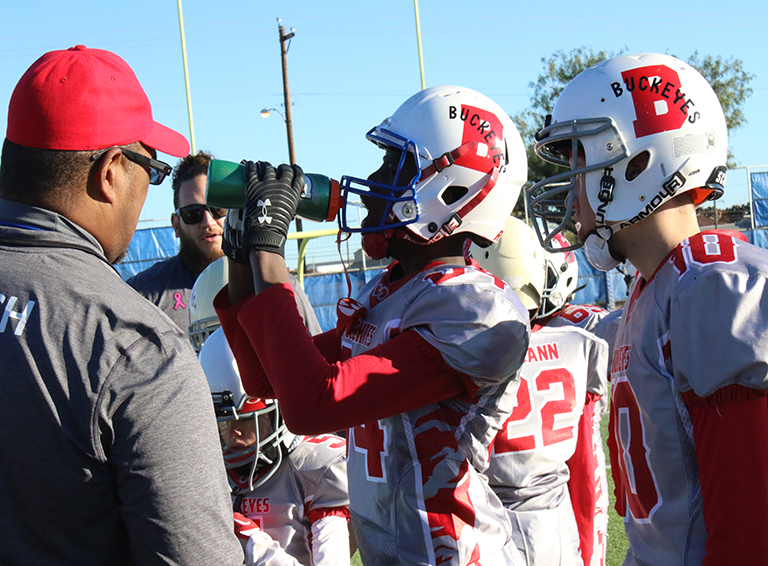 Buckeyes’ staff is led by Coach Griffis, assistants: Richard Diez, Dickerson, and Daniel Garza. The Bucks finished the 2022 season with a perfect season, 5-0. But as one coach put it succinctly. “We got one more game to finish what we started. 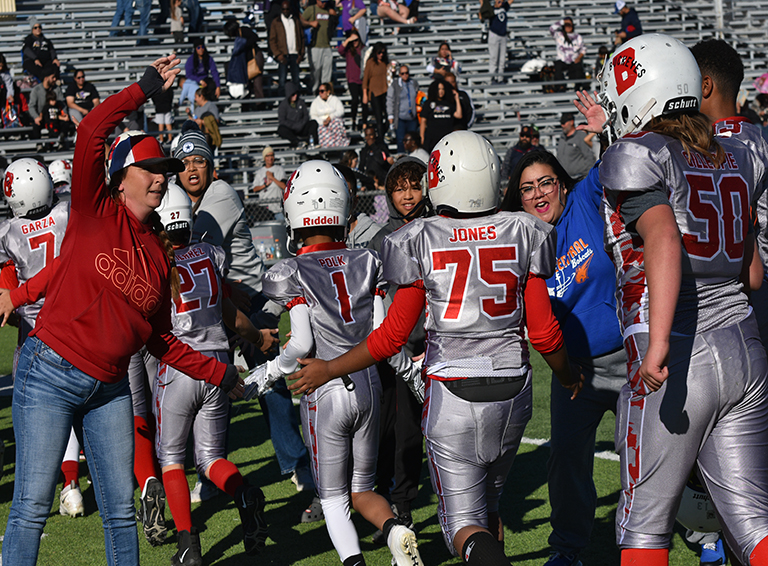 That game, the YMCA Super Bowl, played under the “bright lights” of San Angelo Stadium and with bigger stakes, a championship will put this team into the record book as the 2022 Buckeye unbeaten (7-0) SB champs.