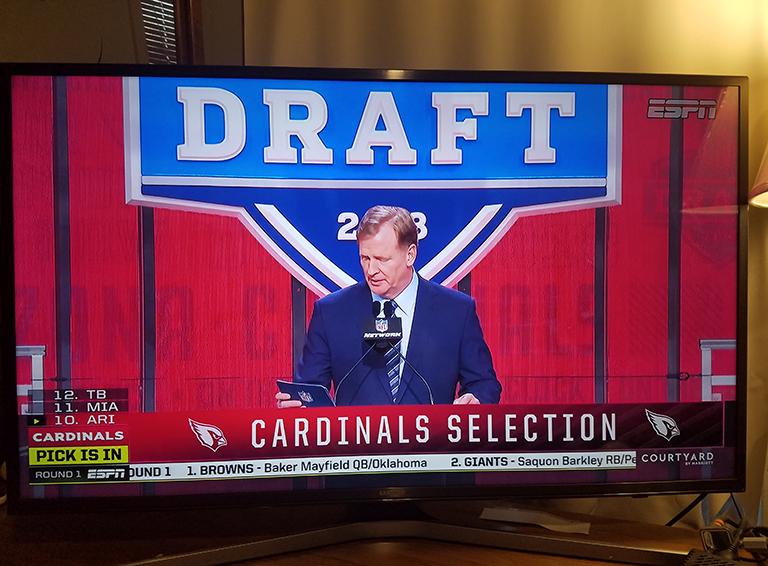 ARLINGTON, TEXAS – The first three rounds of the NFL's 82nd annual, 2018 three-day Draft weekend festival is in the books. 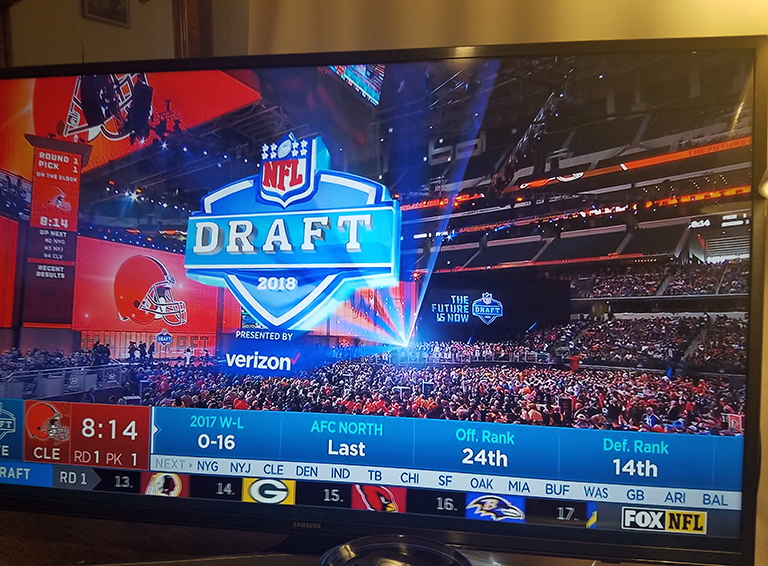 After NFL Commissioner, Roger Goodell, came to the podium, he said the Cleveland Browns had the first choice in the 2018 NFL Draft and were on the clock.
The Browns then chose Baker Mayfield out of Oklahoma as their NO. 1 draft pick; four other quarterbacks were picked before the end of the round.
The New York Jets at #3, picked Sam Darnold, the Buffalo Bills' #7 pick was Josh Allen, the Arizona Cardinals selected at #10, Josh Rosen; and the Baltimore Ravens chose with their 32nd pick--Lamar Jackson.

Picks in order from #1 through #32 by their respective teams: 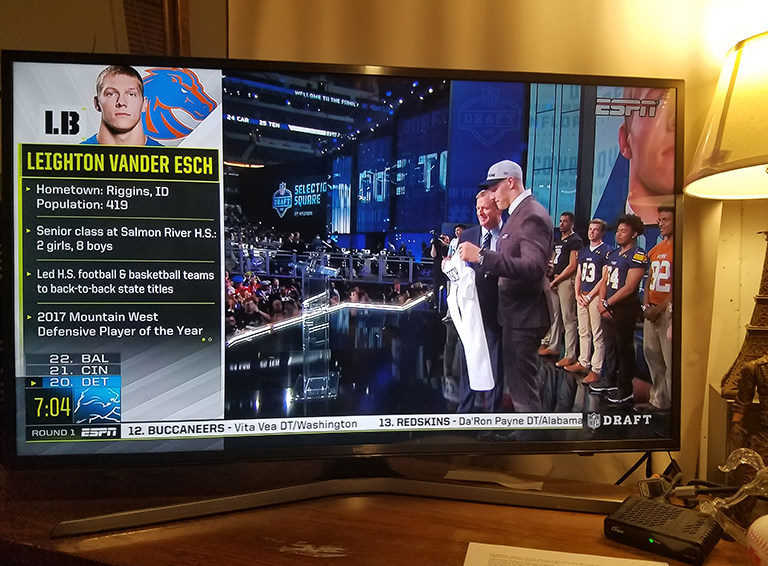 Most important for Cowboys fans here are their first three picks from first through the third round. Thursday, the 'Pokes picked linebacker, Leighton Vander Esch, with the 19th pick in round one.

The second round pick which turned out to be #50 was offensive guard/ tackle Connor Williams out of Texas.

The third round pick to close out the night was Dallas' 81st selection, Michael Gallup, wide receiver from Colorado State.