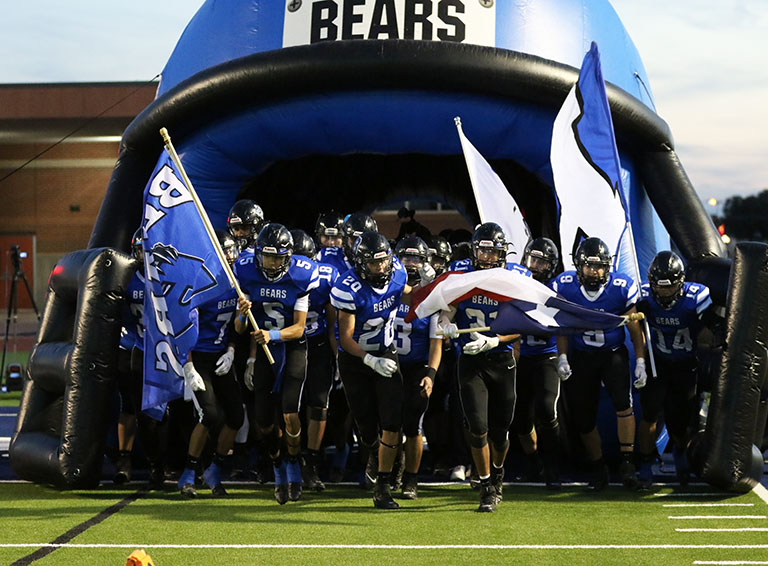 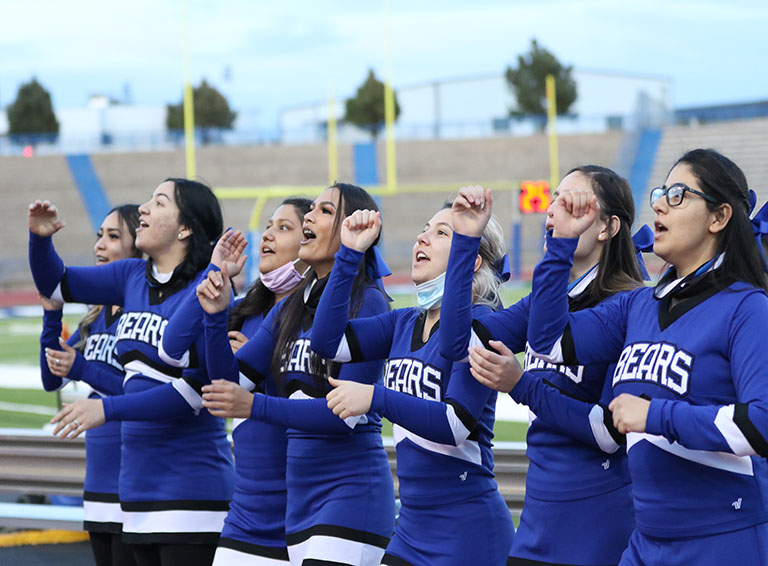 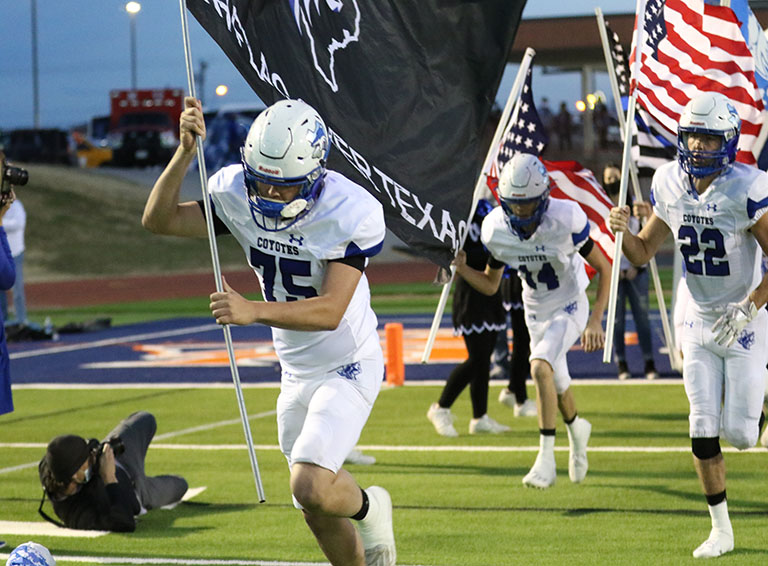 The Bears (12-1) came into the six-man titled game playing not just an opponent, but its storied history. The Coyotes (12-0) were first of all unbeaten on the season. Second, Richland Springs already had nine state championship titles under its belt and was ready to put a 10th in its trophy case. 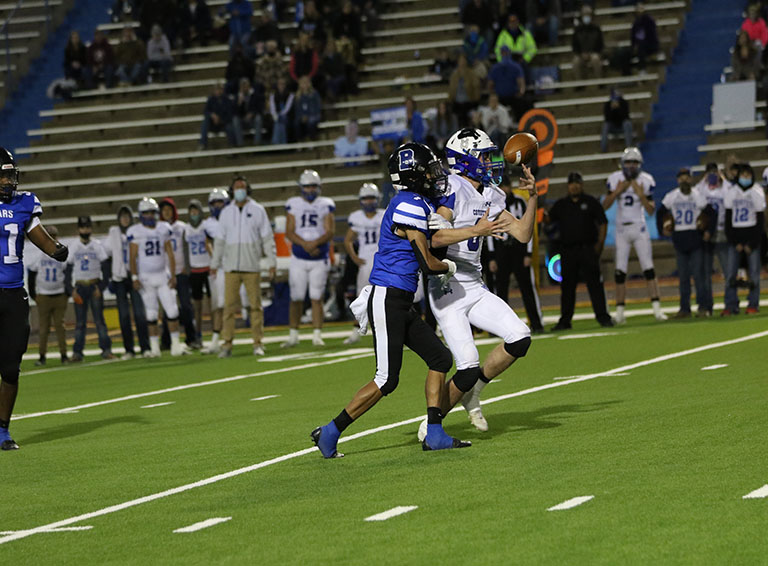 Unfortunately, Richland Springs ran into a Bears team that mauled the Coyotes from start to finish. It didn’t look that way in the early going though as Balmorhea quarterback, Andrew Laramore misfired with an interception on the first series. The Coyotes returned the favor when Bears’ nose guard, Armando Mendoza recovered a Richland fumble. 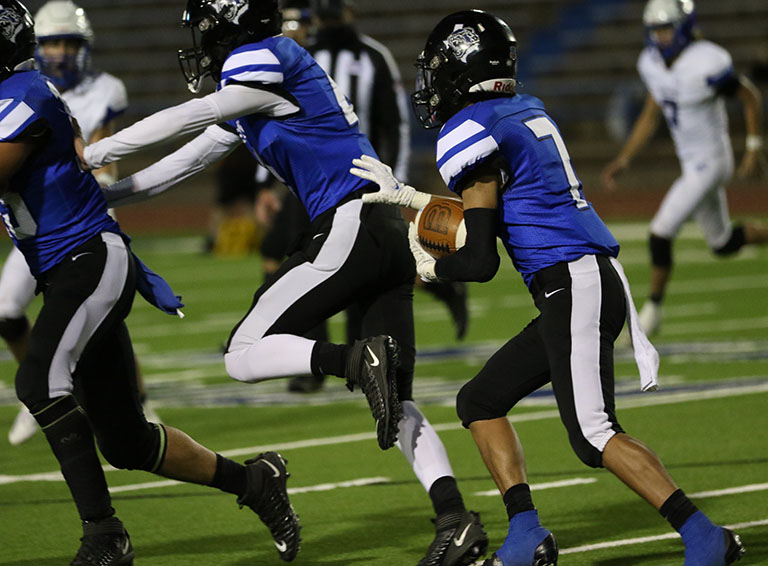 Balmorhea Bears’ back, Tomas Contreras ran all over the Richland Springs Coyotes’ defense in a Class 1A Division II championship game played at San Angelo Stadium on January 5, 2021. Contreras rushed for 300 yards as the Bears won their first state championship.
With a first-and-15 at Balmorhea’s 29-yard-line, running back, Tomas Contreras ripped off a 51-yard touchdown run to make the score 8-0 with 6:16 left in the first quarter. 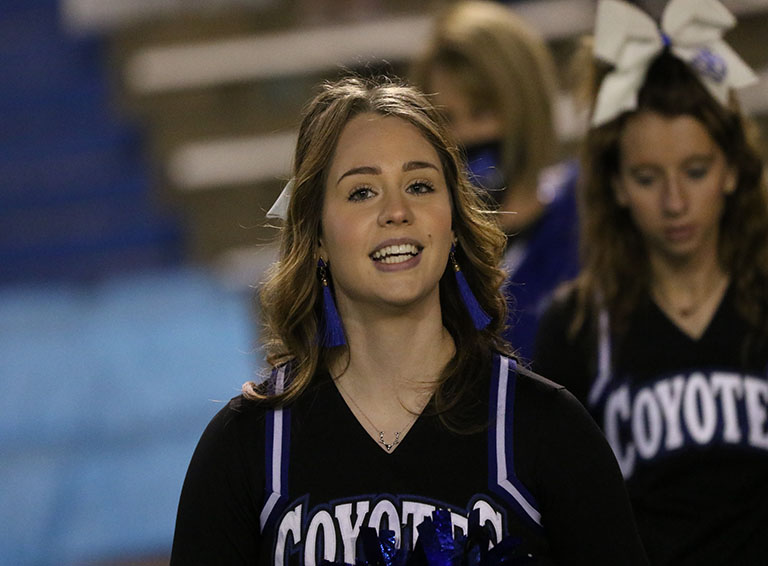 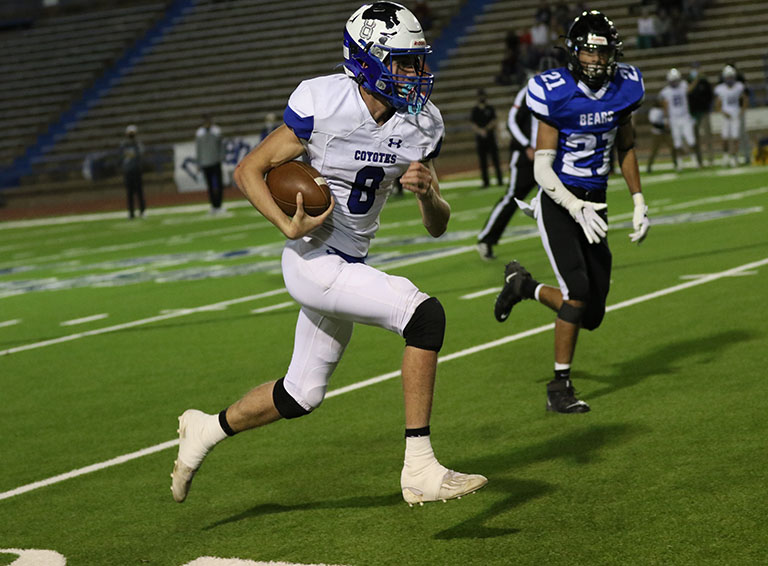 The Coyotes quickly scored a minute later when quarterback, Landon Burkhart connected with his receiver, Zane Capps for a 45-yard catch and run touchdown. The 8-8 tie is how the first quarter scoring closed out. 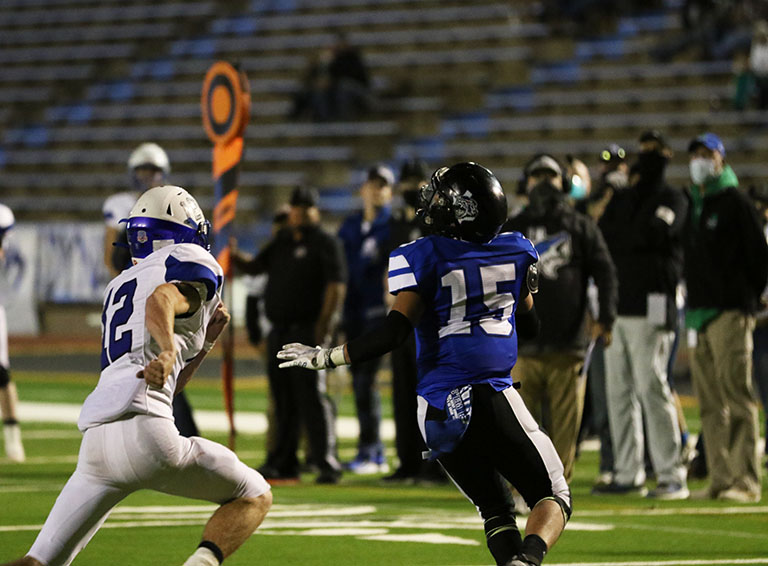 Balmorhea's deluge of five consecutive scoring drives started with Lane Carrasco's 5 touchdown pass from quarterback, Andrew Laramore. Balmorhea's score with 9:55 left in the second quarter made it 16-8 in favor of the Bears.

When played resumed in the second quarter, the game and the title for all intent and purposes turned in favor of Balmorhea early when the Bears scored a deluge of touchdowns on five consecutive drives. Mix in two, consecutive huge pivotal plays, a 61-yard touchdown run by Contreras. Add in Bears’ center, Alex Abraham’s 69-yard, catch-and-run touchdown down the right sideline. Just like that, Balmorhea doubled-up Richland Springs, 30-16 with 6:13 left in the second quarter. 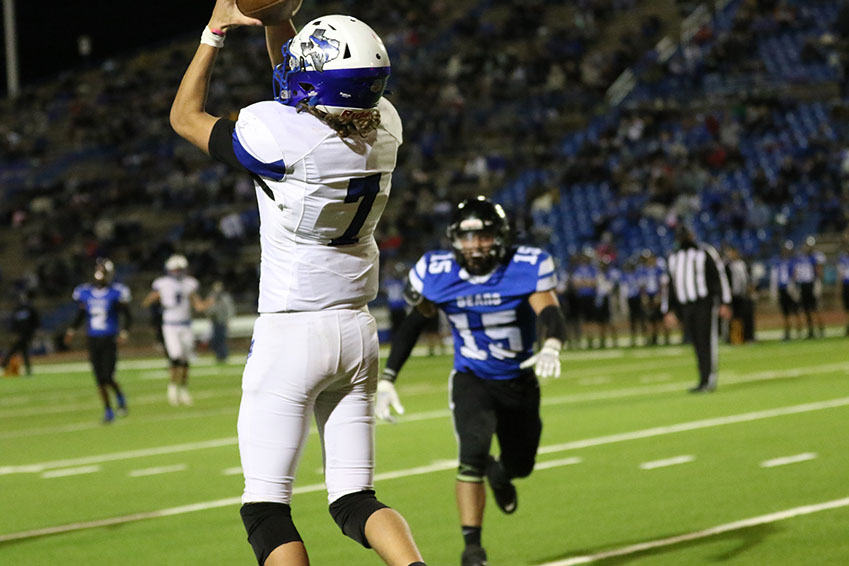 Richland did manage to tie the game 16-16 before the onslaught of Bears’ touchdown runs and catches. Coyotes’ quarterback, Burkhart threw a 21-yard touchdown pass to wideout, Nick Nilson. That score which tied the game came with 8:51 left before the half. Although Richland answered Balmorhea’s with a score of their own, the bad news was there was plenty of time left on the clock for the Bears’ offense to continue damage on the Coyotes’ defense. Balmorhea lite up the scoreboard with 28 unanswered points during that second quarter with five touchdowns compared to the Coyotes lone wolf score. At the half, the Bears were command with a 44-16 comfortable lead.

In the second half, Balmorhea’s potent offense put up another 30 points while its’ stifling defense closed the door on any Coyote attempts at a comeback. Richland only managed to score 22 points. 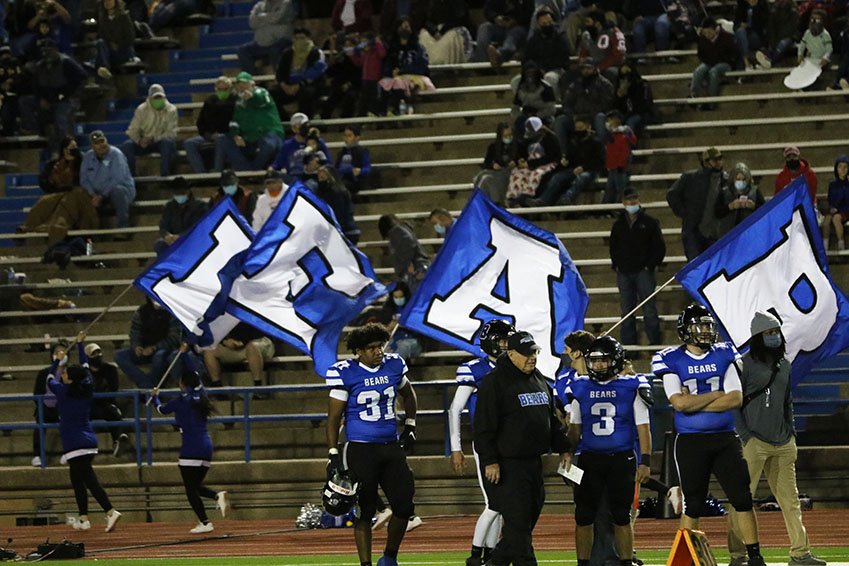 Bears’ Contreras produced over 300 yards rushing on 20 plus carries. He was a thorn in the side of the Coyotes defense all the night long. Case in point—Tomas scored on a 51-yarder in the first quarter. 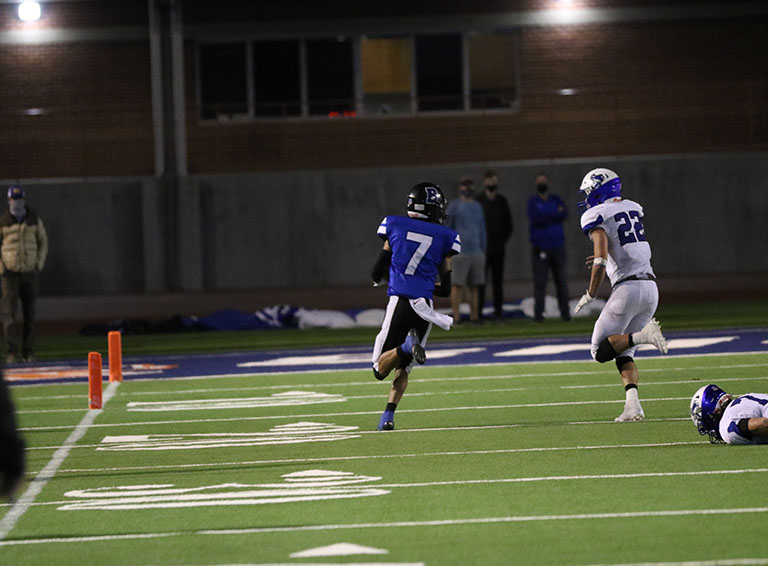 In the second, he scampered for 61 yards; then scored again from 36-yards out. His fourth touchdown, from 55 yards came with about five minutes left in the game. That last one was the exclamation point that ended nine-time and defending champion, Richland’s season.

With the loss, the Coyotes perfect 12-0 record ended with a blemish, and no chance to hoist a 10th trophy.