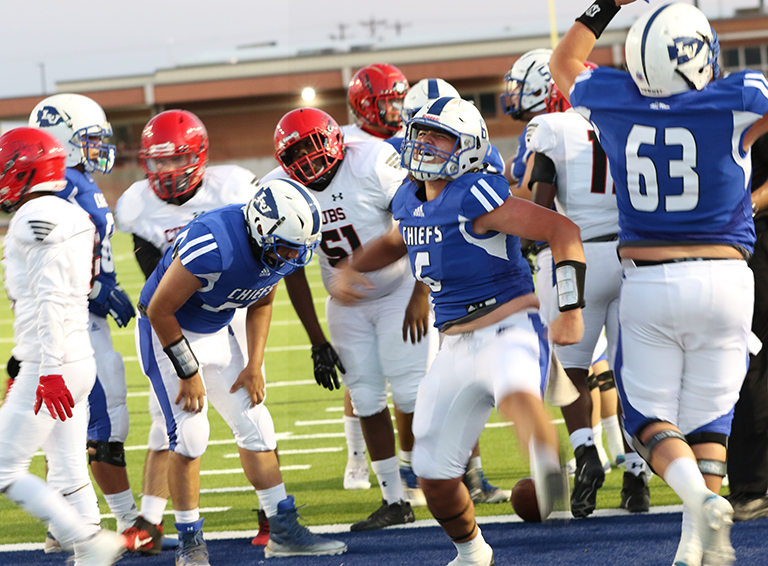 SAN ANGELO — Though Albert Rodriguez only plays high school football, his “Friday Night Lights” performance on the football field for this sports reporter reminds me of another athlete who also plays that position, albeit professionally. This one plays for “America’s team,” Dak Prescott. Once they bring their “A” game, both are unstoppable. In Friday’s game between the Lake View Chiefs (2-2) and Brownfield Cubs (0-3), Rodriguez’ led his high-powered offense to 28 points in the first half of a tied non-district game played at San Angelo Stadium. 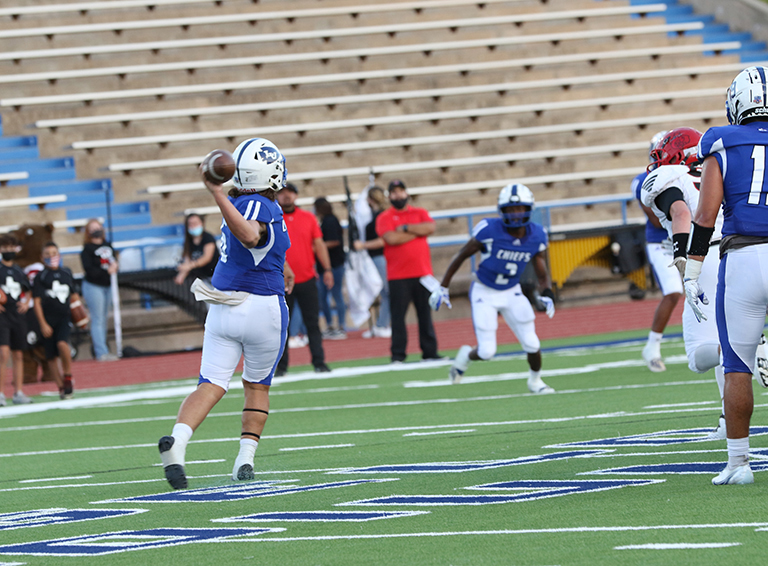 Albert’s “Prescott’” like football traits: use of his legs, his arm, and gunslinger mentality, willed his Chiefs team to a 63-40 blowout win over Brownfield. Fans saw an explosion of offensive fireworks as both teams combined for a total of 100 fantasy scoring points. Rodriguez’ yeoman work produced four touchdown passes. And he ran for another four scores. Those eight touchdowns were worth 48 points. While Rodriguez was lighting up the scoreboard, and the Cubs’ secondary with his pinpoint accuracy, it was his offensive line which kept the pocket clean for him all night. Not to mention opening huge lanes for the Chiefs’ backs to run wild into the secondary. 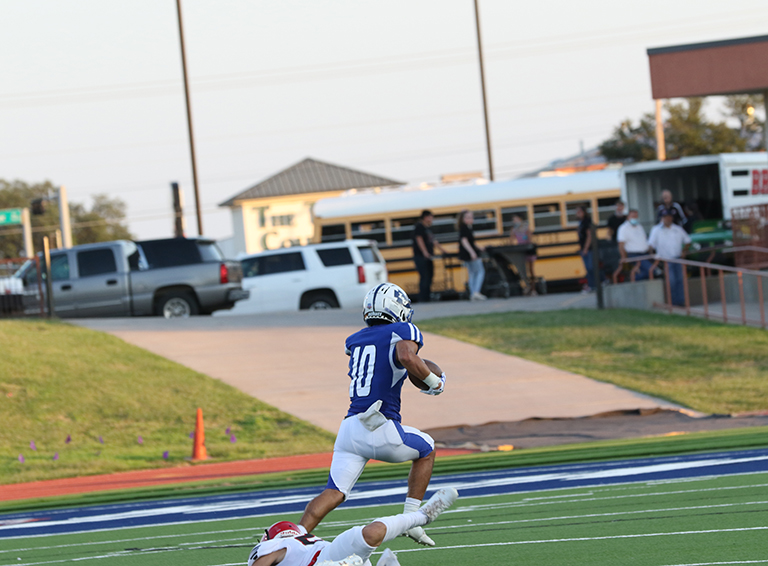 Lake View’s potent offense got on the scoreboard first when Rodriguez led the Chiefs on a 70, plus-yard march. The senior quarterback’s first touchdown was of the passing variety; Rodriguez threw a strike to wide receiver, Brandon Herrera, who turned the pass into a 40-yard catch and run. LV led 7-0 with 7:43 left in the first quarter. 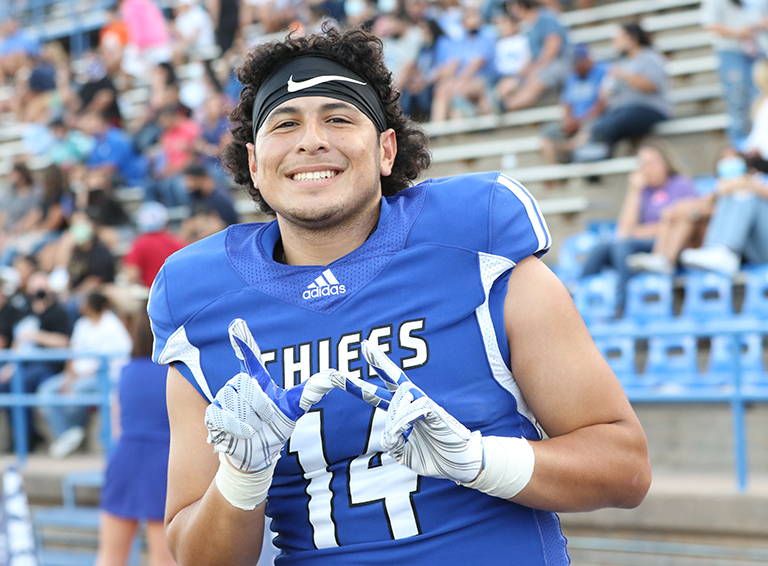 On the Cubs’ possession, Brownfield was at LV’s 32-yard line when defensive tackle, Juan Ortiz, caused a fumble. The Chiefs’ capitalized on that error when Rodriguez threw a deep pass to Tristan Franklin. The pass came up a bit short. Fortunately, after a Cubs defensive back misjudged the ball and couldn’t intercept it, Franklin played the bounced ball in the air and scored to complete a 40-yard catch. After PAT, Lake View led 14-0 over Brownfield. 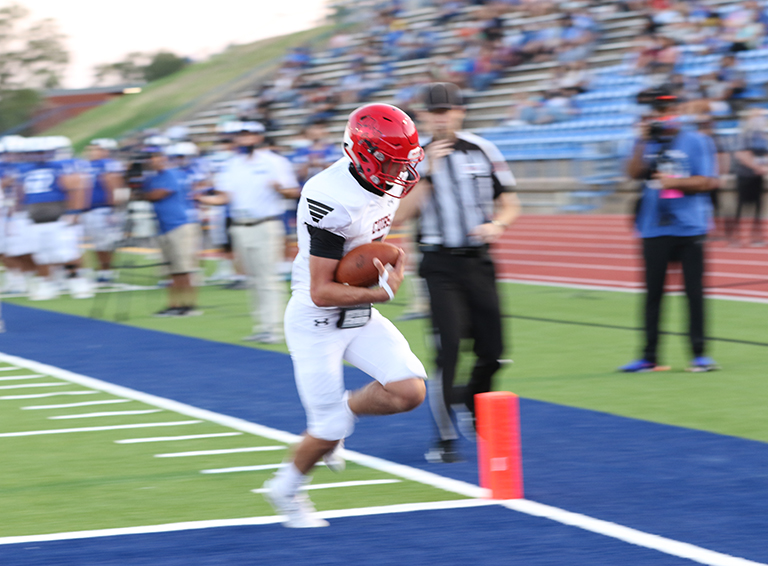 The Cubs’ quarterback, Nikko Vela, marshaled his team downfield to finally get on the board as he scampered in for a 7-yard touchdown run. Brownfield cut Lake View’s lead, 14-7 with less than a minute to play in the first quarter. 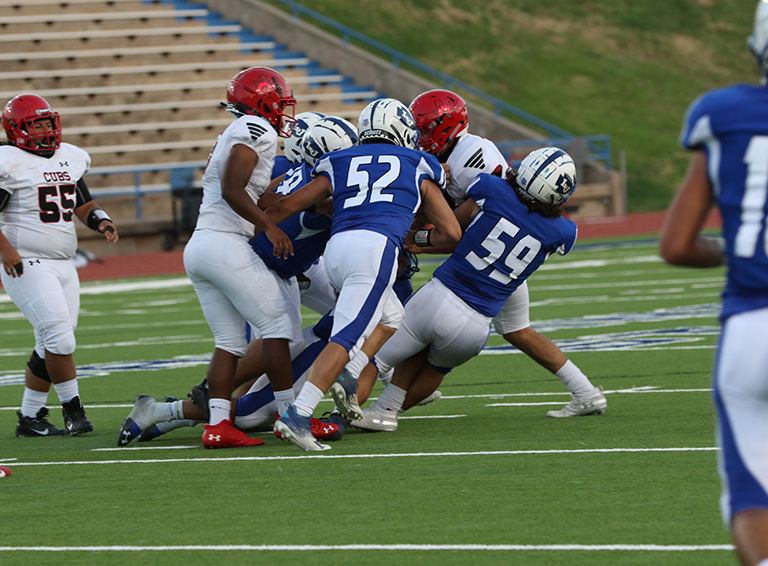 As for Lake View’s “Pride of the Northside defense,” it continually harassed, stonewalled, and forced the Cubs’ offense into a total of nine turnovers, ranging from fumbles to interceptions. Even though Brownfield put up 40 points, it was inconsistent throughout the night due to Lake View’s offense that imposed its will in scoring, team defense with interceptions by Ezekiel Davila, Austin Bandy, Omar Pounce, and a fumble recovery by Ricardo Sánchez. 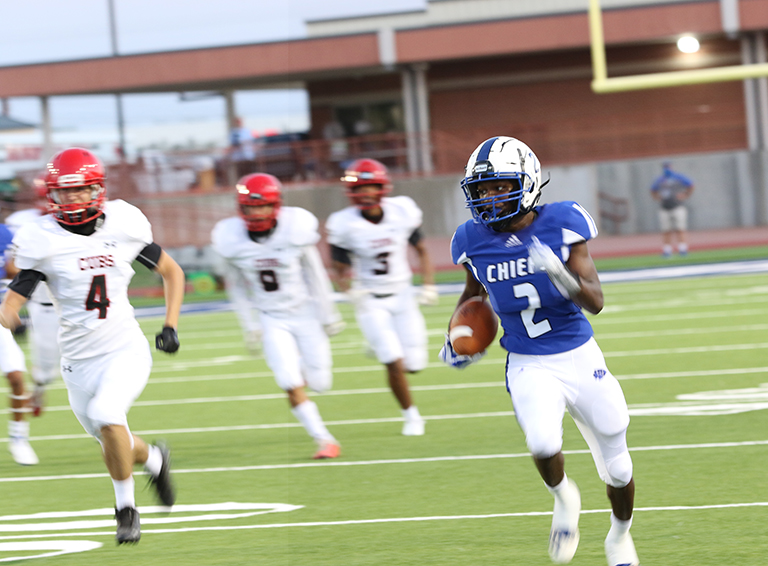 LV Special teams contributed as Anthony Mendez recovered a high snap that went over the punter, Vela’s head. That critical mistake came with 9:38 left in the third quarter of a game tied at 28-28. 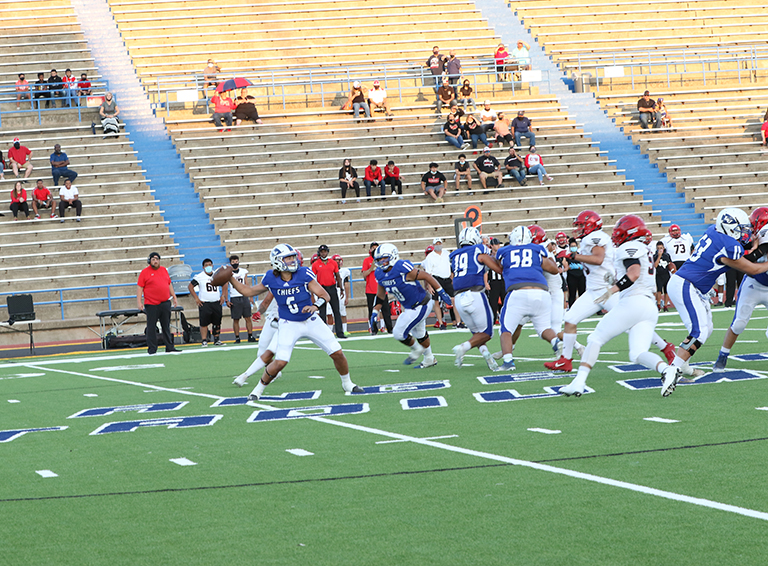 In the second half, believe it or not, Rodriguez was even better as he continued to take the Cubs’ secondary apart with slant passes and his big runs to keep Brownfield at bay. The Lake View quarterback’s deadly passing efficiency and runs produced 35 points with two touchdowns along the way to seal the game and win.

Lake View (3-2) travels to Fabens for an October 2 matchup against the Wildcats. Kick-off from Wildcat Stadium is 5 p.m. Mountain time.