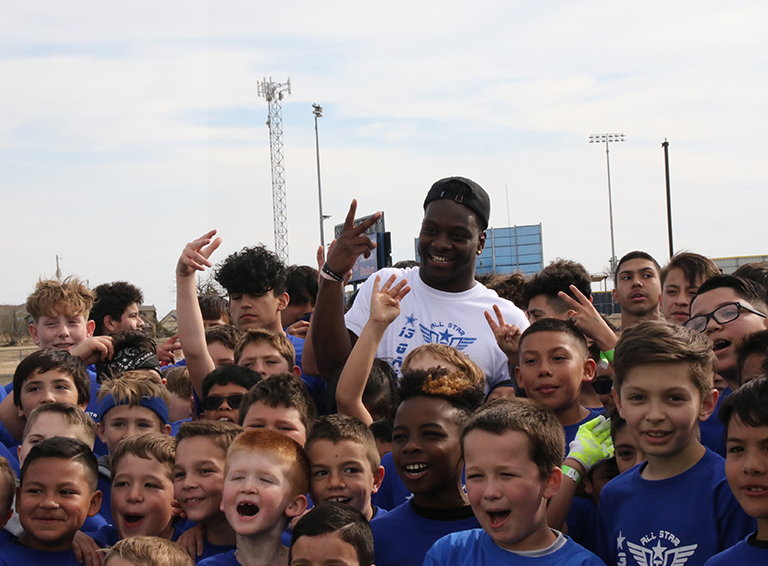 SAN ANGELO – Dallas Cowboys’ receiver, Michael Gallup’s message to the kids he spoke to was brief but succinct. “The first thing I told them when I got here was to make sure you have fun out here today,” Gallup remembers when he was growing up that his mom gave him that bit of wisdom; make sure he had fun with whatever he was doing. Michael was in town over the weekend, Saturday, February 22 as one of four athletes, and a trainer invited to Jayton Washington, founder of JW All-Star Academy’s Speed and Agility Clinic. 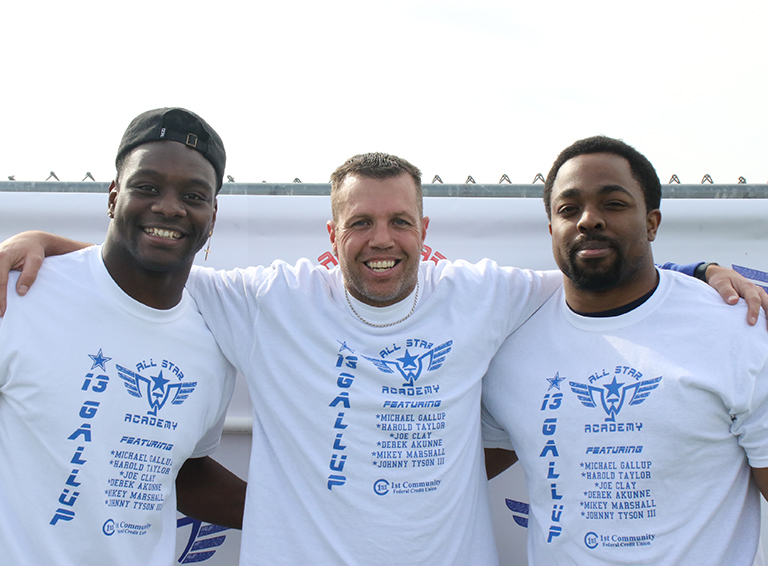 Gallup was introduced to the kids by Washington as the receiver with 1,00 yards and six touchdowns. For the record, he just completed his second season on a Cowboys offense that was the NO. 1 ranked explosive unit in the NFL, averaging over 431.5 yards a game. Michael’s receiving yards was exactly, 1,189. 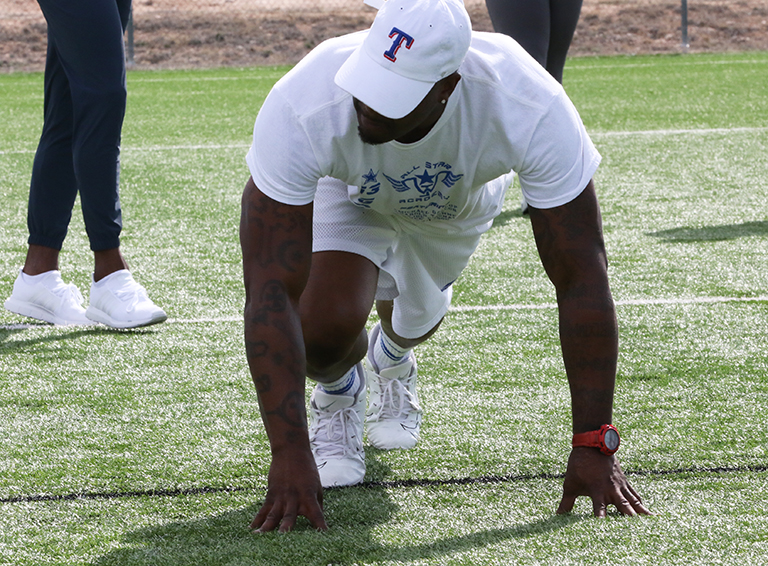 Harold Taylor, former University of Houston & Taylormade 360 Elite Training Owner. At the conclusion of day two clinic, Taylor instructed the kids to "drink plenty of water because tomorrow going to be harder."

Akunne followed up Michael with advice in regard to education. “I told the kids that football isn’t the be all end all. There will always be something after football. Education is more important. To get into college, grades matter and when you get there you have to have a certain GPA to stay eligible” he concluded. Derke who did his undergrad at the University of North Texas is currently doing his doctorate work in Physical Therapy at Angelo State University. 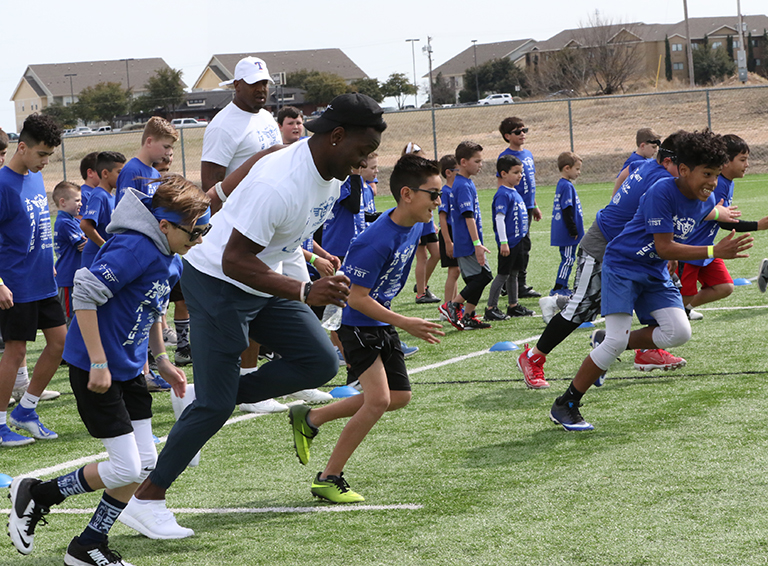 On this particular Saturday, Gallup’s inspiring words and his actions were evident as he participated with many of the kids in various speed and agility drills. He also gave out a lot of high fives.

Among the five-year-old to 18-year-olds was nine-year-old, Enrique Lozano, Jr. Enrique attends TLCA Elementary. His parents, Angie and Enrique Lozano thought it would be a great experience for him to participate as he is a big, Dallas Cowboys fan. "We gave it to him as a Christmas gift. He was so excited!!!!" said Enrique's mom, Angie. 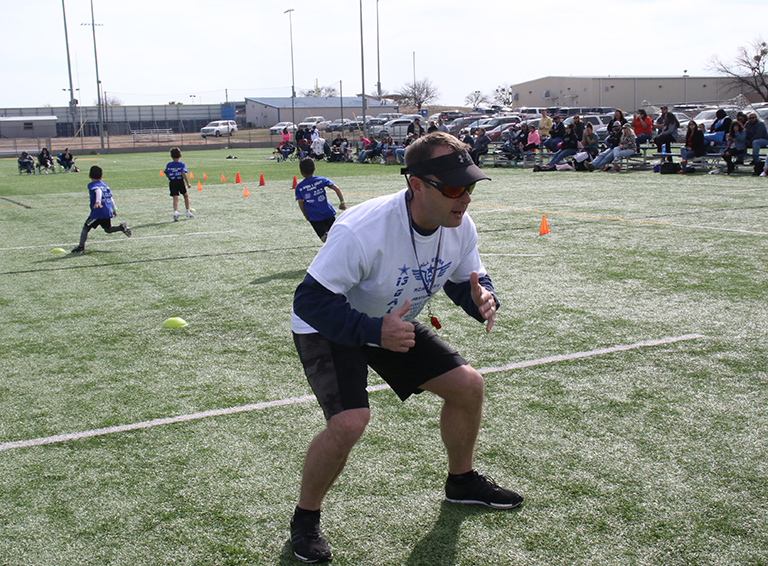 
At the conclusion of Saturday’s 2 p.m.- 4:30 p.m. clinic, one of the volunteers, Cory Sanders followed up along the same theme as Akunne’s words.” The common goal for you is to get better in school” said Sanders. 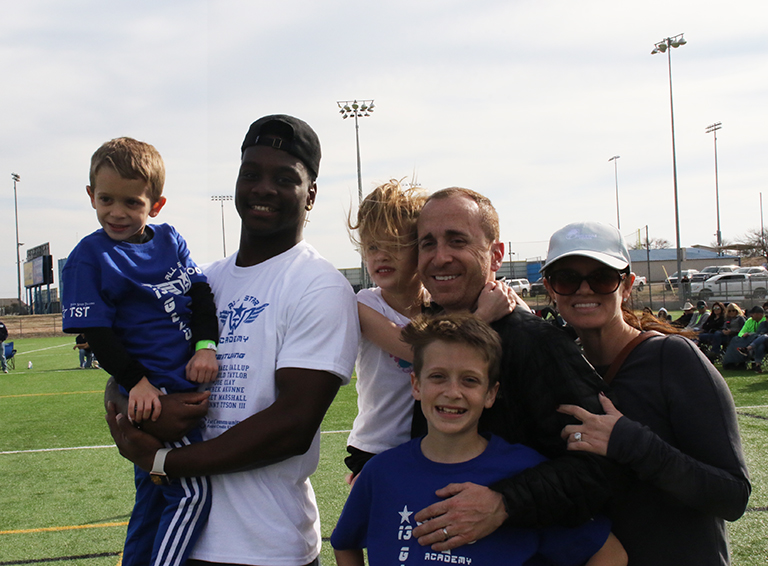 Gallup posed with the Haddad family. Dr. Rudy Haddad is with his wife, Colleen and their children. Dr. Haddad was asked by Flaco Guapo what did his little boy say when he was asked who his favorite Cowboy was. He sheepishly said.
"Zeke, but then caught himself and followed up with Michael." Dr. Haddad bid $400 so his kids could meet Gallup. The money went toward Washington's charity. 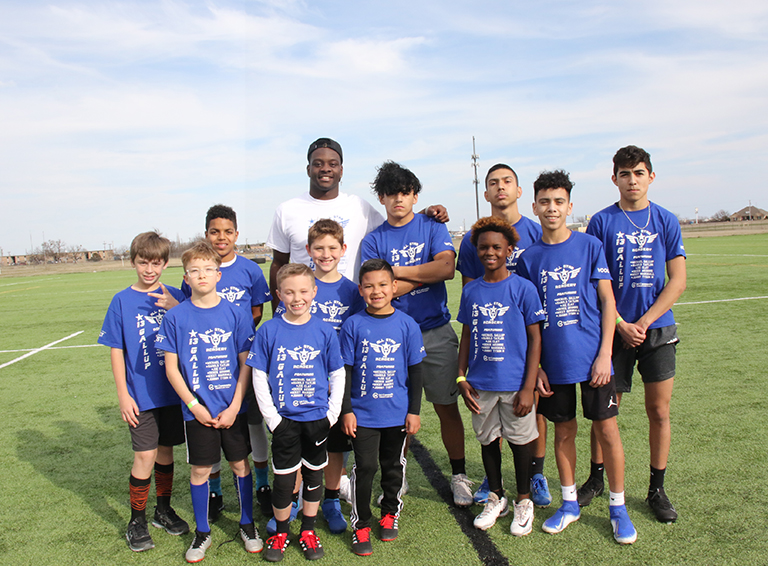 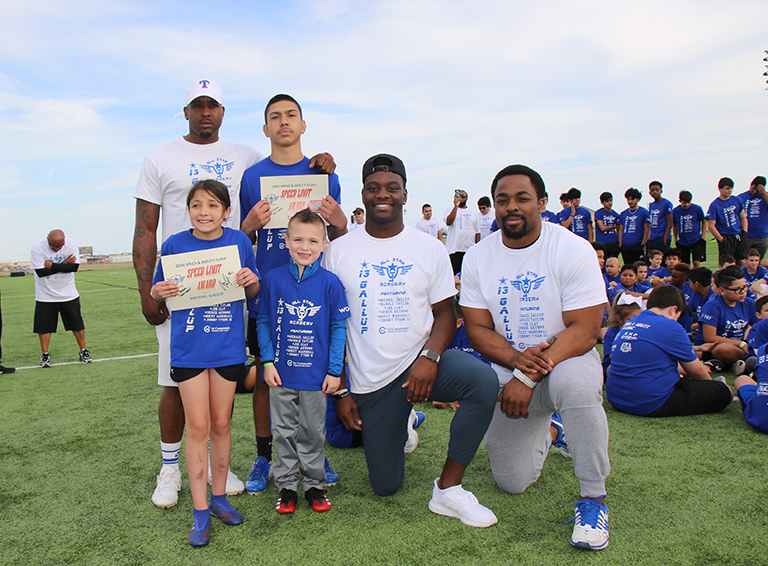 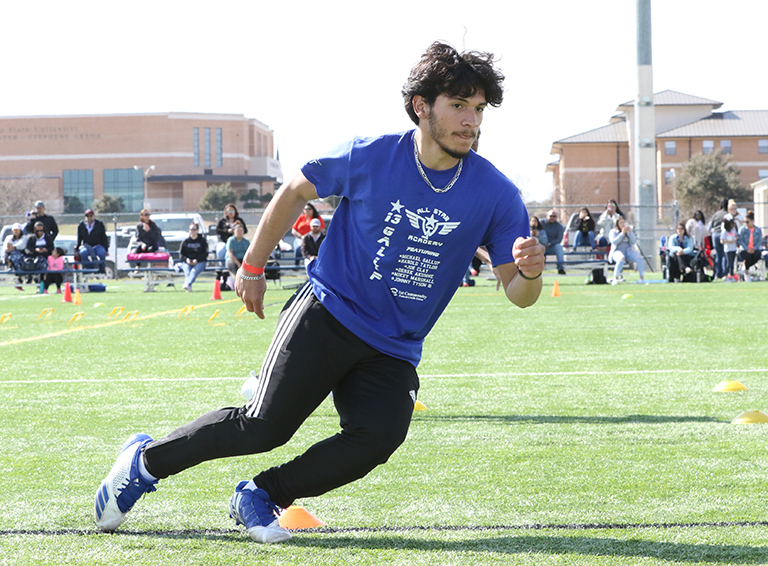 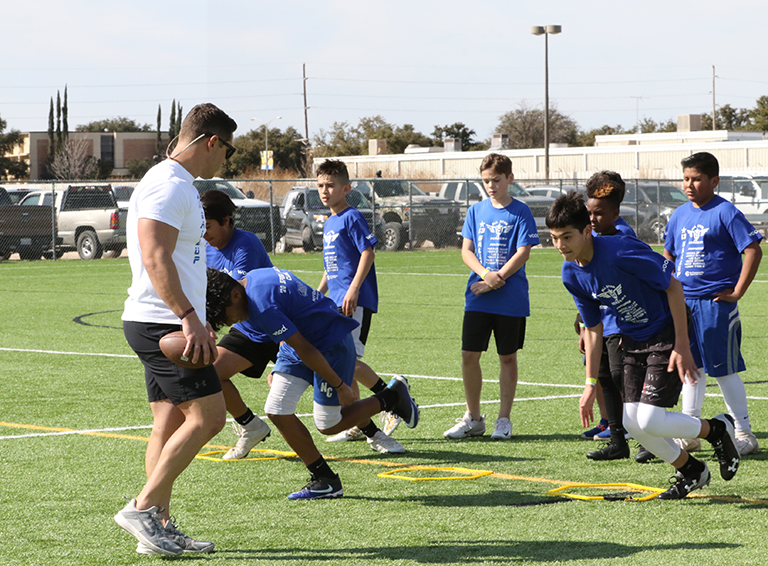 Mason Matthews coaching his group of kids. Matthews is a firefighter for the San Angelo Fire Department.

Sanders, and fellow firefighter, Mason Matthews, showed up along with 18 other community volunteers to assist Washington, his wife, Andrea who was the coordinator, sister-in-law, Tammy Castellaño, and other staff members to make this a "fun" event for the kids. 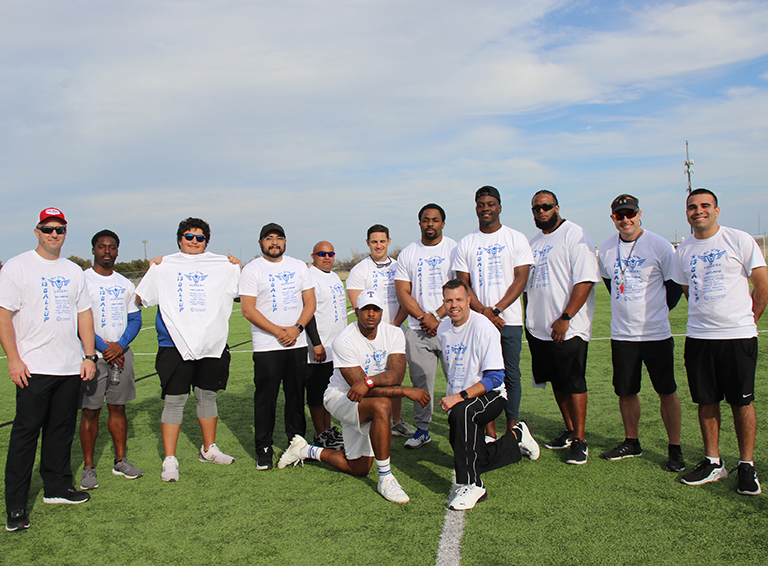 The clinic was held at ASU's intramural fields, off of Jackson St.