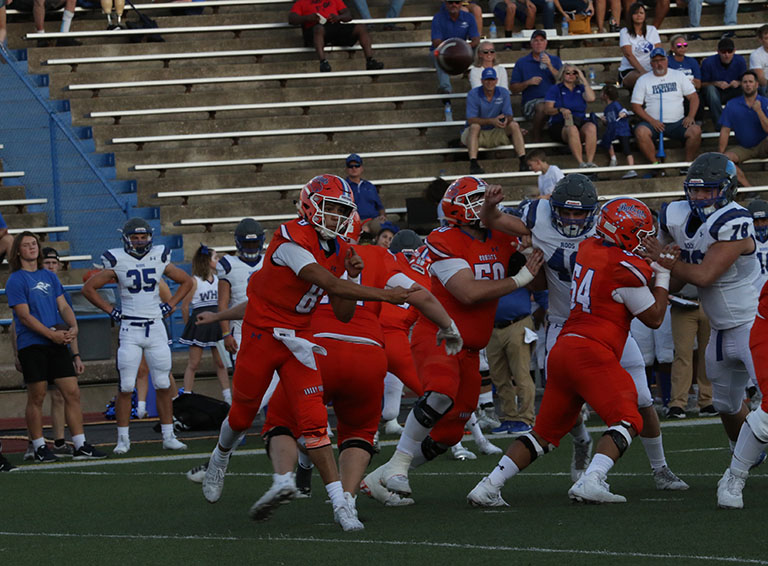 SAN ANGELO – Central High Bobcat junior, quarterback Malachi Brown is a rising supernova star, evidenced by Friday night’s win in the District 3-6A opener against the Weatherford Kangaroos that was a barnburner classic.
The definition of supernova is, “a star that suddenly increases greatly in brightness. . .” “Supernovae can briefly outshine entire galaxies . . .”
Brown’s supernova status has greatly increased in the last three consecutive games where he has been involved in either an overtime loss, a come-from-behind near jaws of defeat to victory. Or as in Friday night’s game on the line with seconds to play produced a cardiac finish. 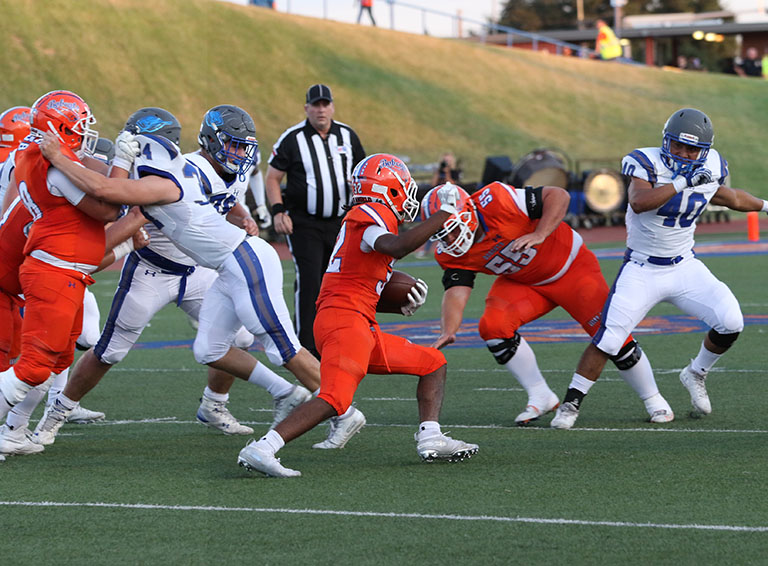 The game, a homecoming for all Central graduates, an Angry Orange fan nation and a community turnout, came down to nine seconds left before Brown closed the door on the Kangaroos with a five-yard touchdown run to win it, 45-38. While Brown was the one who kicked the door in on Weatherford, it was Kris Jackson’s electrifying 71-yard jaunt that opened the door wide to set up Malachi for the close range scoring that sealed Central’s third consecutive FANtasic game.

A week ago, Central came from behind to mount the greatest comeback in its storied history with a 44-40 win over the El Paso Pebble Hills Spartans. This time the Bobcats’ didn’t need a comeback as it rode on the back, the arm and the legs of its brightest, supernova, Brown. Malachi marshalled his quick strike offense on consecutive scoring drives that led to four touchdowns. 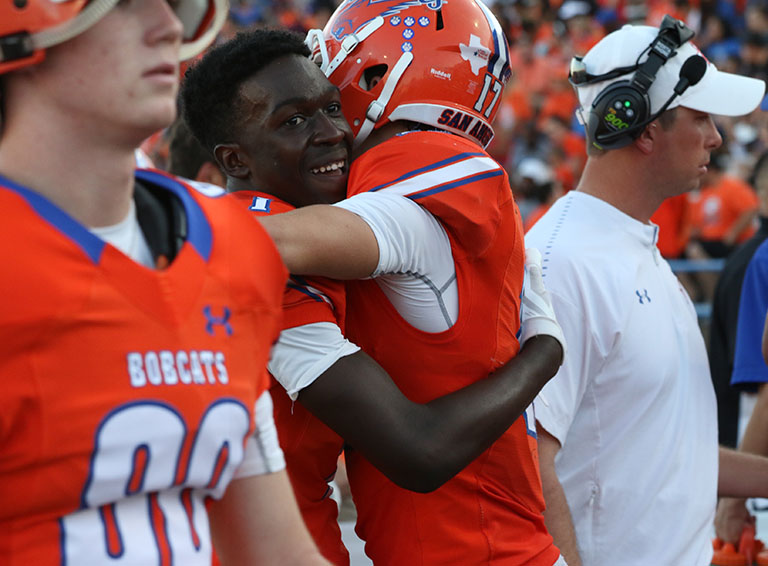 Coach Brent Davis’ staff had Brown’s quick huddle offense establish rhythm right off the bat as the Cats scored two touchdowns in the first quarter. Brown was involved in both. The first touchdown he threw was a 14-yarder to Joseph Gathecha. 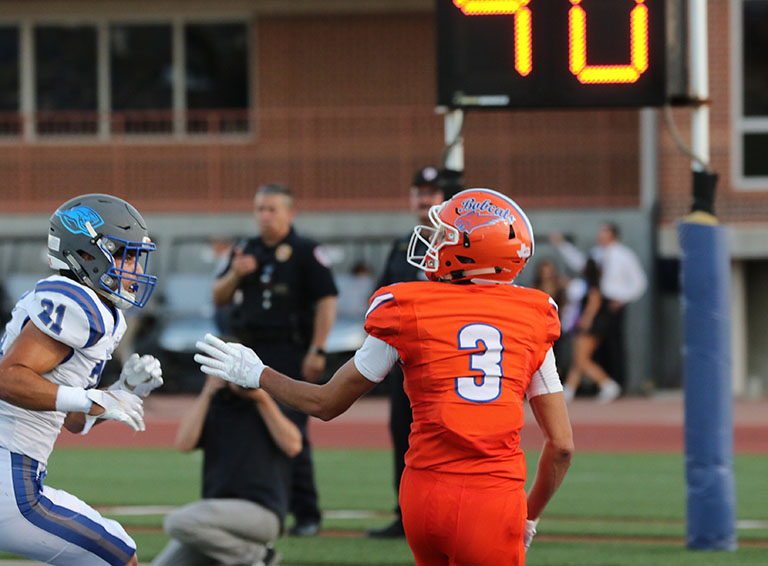 Next drive down, Malachi hooked up with Christian Gabaldon on a 10-yard catch. 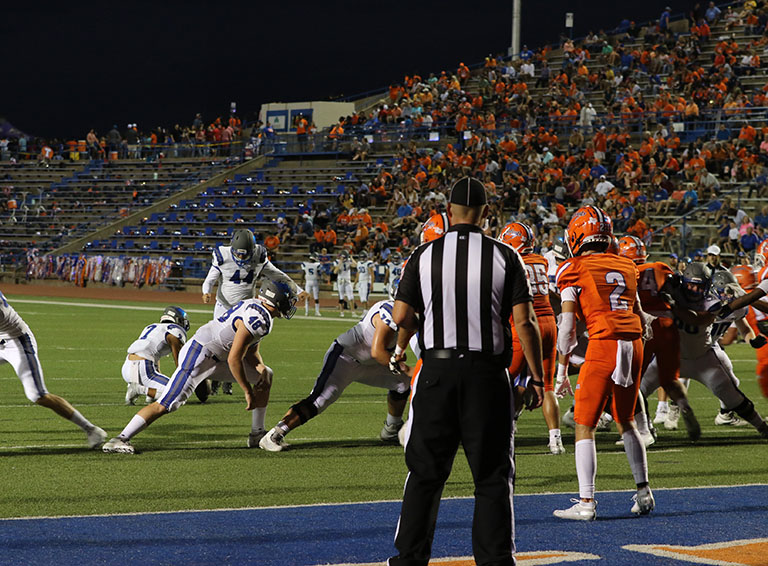 Before Central’s second scoring touchdown, Weatherford quarterback, Ken Seals, responded with a scoring drive for the Kangaroos on their first series. However, Weatherford had to settle for an Isaiah Gomez field goal from 29-yards out to cut Central’s lead, 14-3 with 5:58 left in the first quarter. 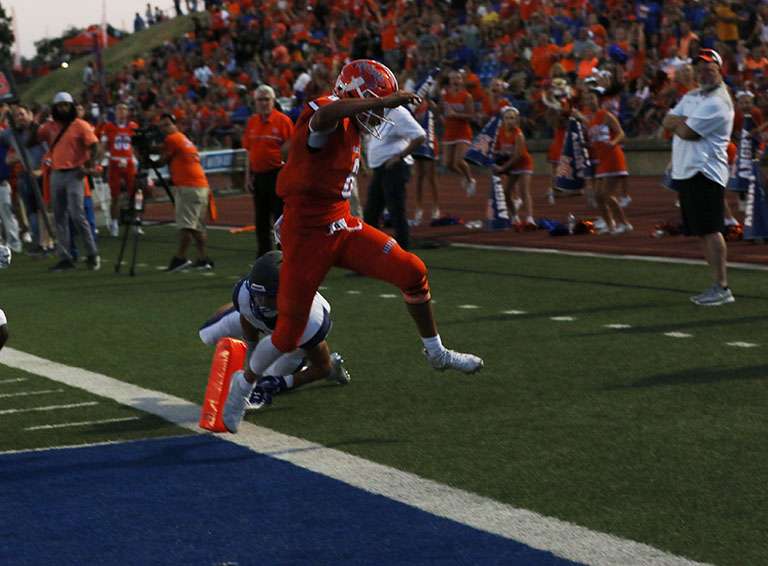 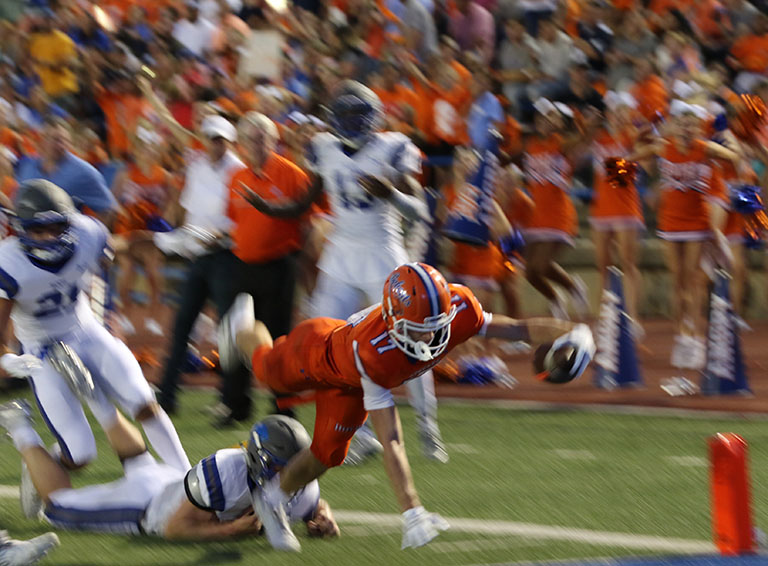 Then just before the half at the four-minute mark, Malachi throws a pass to Tanner Dabbert for a 15-yard catch and run touchdown. That made the score 28-3.

The Kangaroos come back with their own scoring drive, capped off by a Seals pass to wideout, Ray Huang for a 14-yard touchdown catch. Weatherford’s score cut Central’s lead to 28-10. The Bobcats wasted no time in answering with their own score as Kente Nichols gets off a huge kick-off return. Central’s Erick Rodriguez bangs in a 39-yard field goal with no time left on the clock. At the half, it’s Bobcats 31, Kangaroos 10. 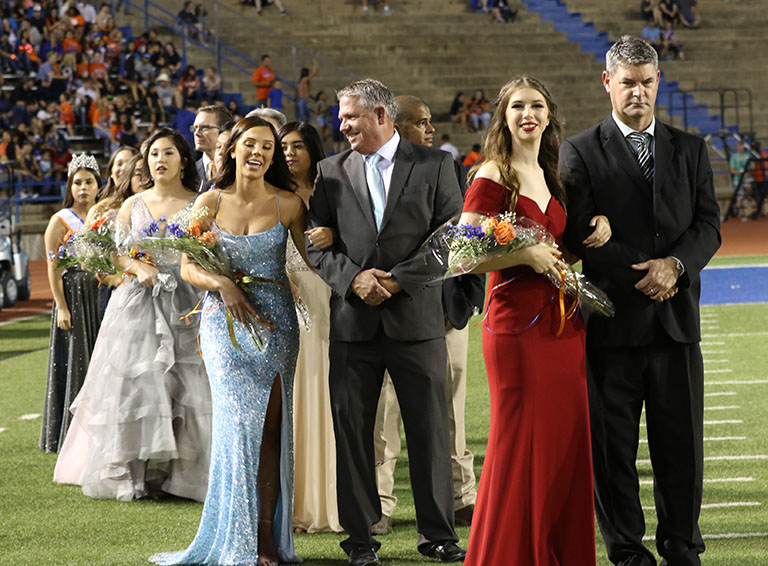 During the halftime festivities, CHS concluded it homecoming week with coronation of its 2019 queen from among six duchess nominees: 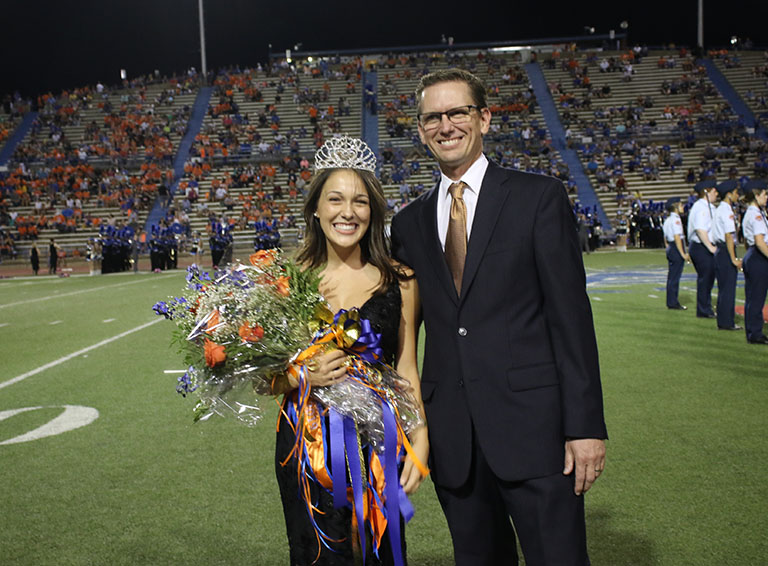 It was that last name, Andrea Meador-Safont who was fitted with the crown as the queen of the ball.

As for the second half of Cats vs Kangaroos, it was a tale of two halves. Weatherford ties the game at 31-31 with three of their own scores. Seals gets the Kangaroos off to the races with his 56-yard run, followed by a touchdown catch of the three-yarder variety to Seth Robertson to end the third quarter 31-24. Weatherford gets its third consecutive touchdown of the second half on a Seals-to-Dez Forrest catch that ties it up at 31-all.

With less than 8 minutes left in the game, Central’s Brown is given the green light by Davis to take over the game. Brown on the night had a supernova explosion as he scored six touchdowns: three on passes, three on runs; which included the game winner, a five yarder for that barnburner finish, 45-38.