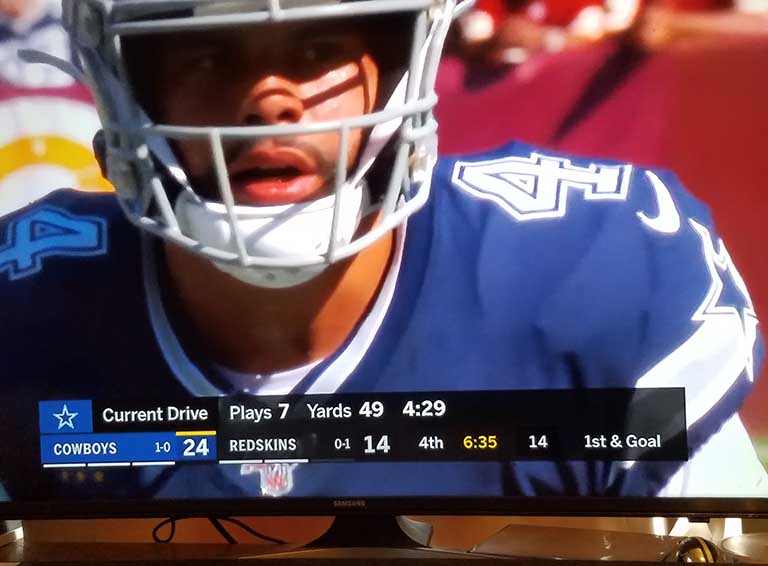 LANDOVER MD – For the second consecutive week the Dallas Cowboys’ offense stumbled out of the gates on their first series, but quarterback, Dak Prescott more than made up for the slow start as he led the ‘Pokes on three, time consuming drives of 97, 83 and 75 yards as Dallas held off the Washington Redskins, 31-21.

In Sunday’s NFC east matchup game, played at FEDEX Field, the first quarter ended with no points on the scoreboard. Before Prescott takes over the game with his arm and legs, he threw an interception early in the first quarter.
Washington was able to get points on their drive as Adrian Peterson scored on a short plunge. It was Redskins 7, Cowboys 0 with 14:15 left on the clock in the second quarter.

Once Dak gets back on the field, he is precision-like with 26-30 passes completed, 269 yards passing and three touchdowns, to go along with his 69 yards rushing. Prescott who in the early going of the NFL season is playing like an MVP, throws deep to his receiver, Devin Smith, who got behind ‘Skins’ cornerback, Josh Norman, for a 51-yard catch and run touchdown. Dallas ties Washington 7-7. The Cowboys went 97 yards on seven plays and took 3:34 off the clock in the second quarter.

On Dallas next possession, Prescott throws for another touchdown, this one a two-yarder, goes to Jason Witten to take the lead, 14-7. That turns out to be the score at half-time.

Dallas takes the second half kick-off as Prescott takes the Cowboys 75 yards in nine plays. Dak makes the Redskins’ defensive secondary pay on a miscommunication as he spots Amari Cooper open. Cooper catches the ball and only has to go 10 yards for the score. Dallas extends its lead to 21-7. 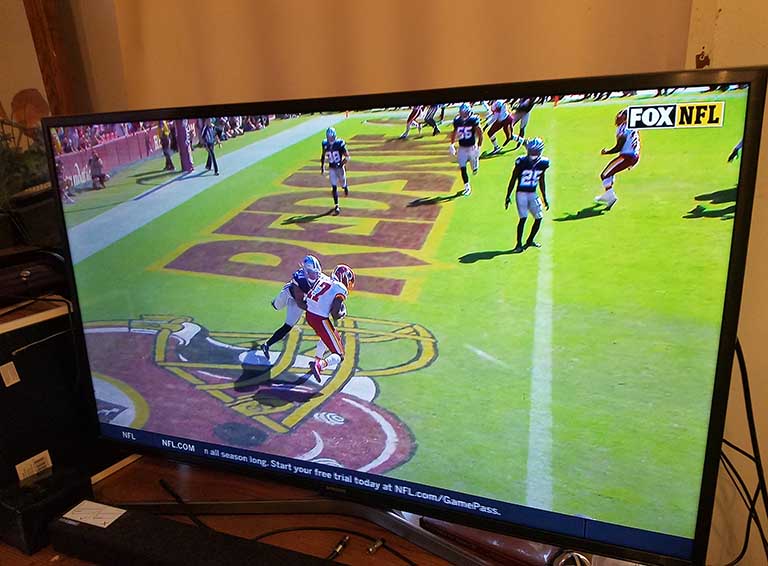 Washington responds with its own scoring drive, also 75 yards when it ends it with Redskins’ quarterback, Case Keenum’s nine-yard touchdown toss to receiver, Paul Richardson. It is now Dallas 21, Washington 14 early into the fourth quarter. 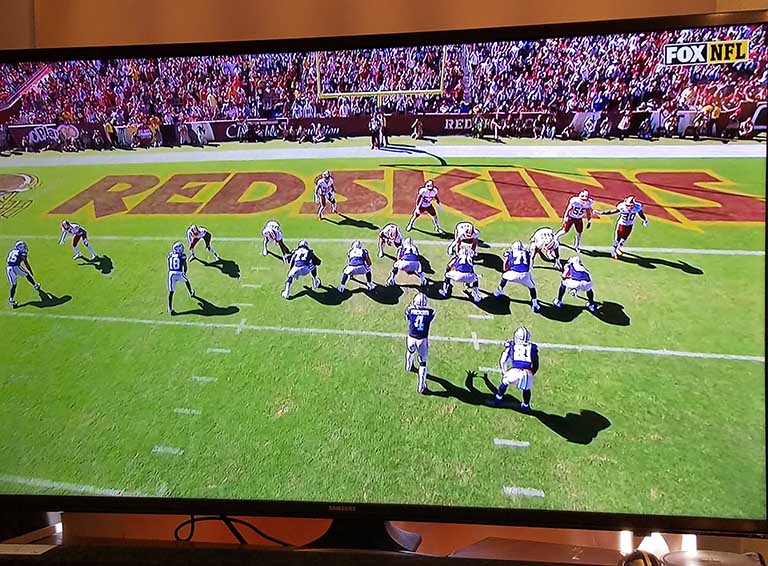 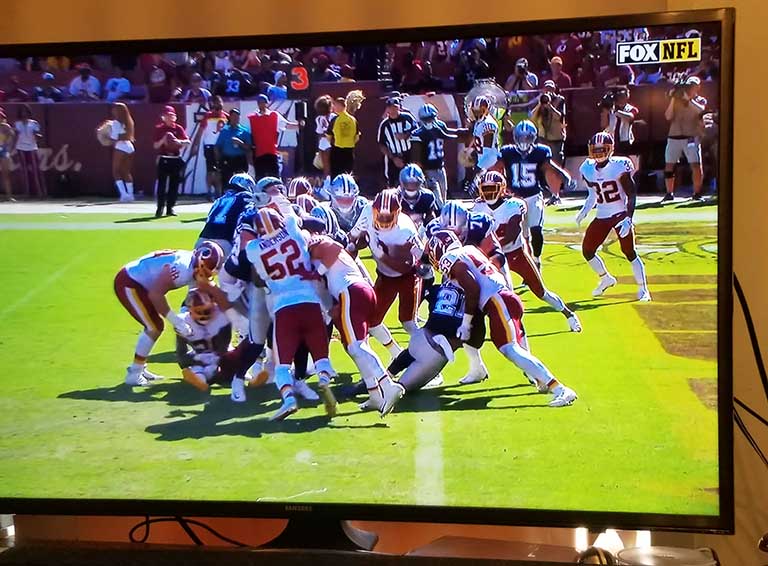 The Cowboys come back with two scoring drives. The first one ends in a 25-yard field goal from Brett Maher. The second one and final points of the afternoon comes from Ezekiel Elliott. Zeke gets in the end zone from 2-yards out to make the score then, 31-14. The Redskins are able to tack on another touchdown to make it appear close, but too late. Dallas rides the arm and legs of Prescott to go 2-0 early in the 2019 NFL season. Just as important is that the Cowboys are unbeaten in the NFC east.

Dallas next game is at home against the Miami Dolphins. Miami lost this afternoon to the New England Patriots, 43-0. Kick-off from AT&T Stadium on Sunday, September 22 is schedule for 12 noon CST.