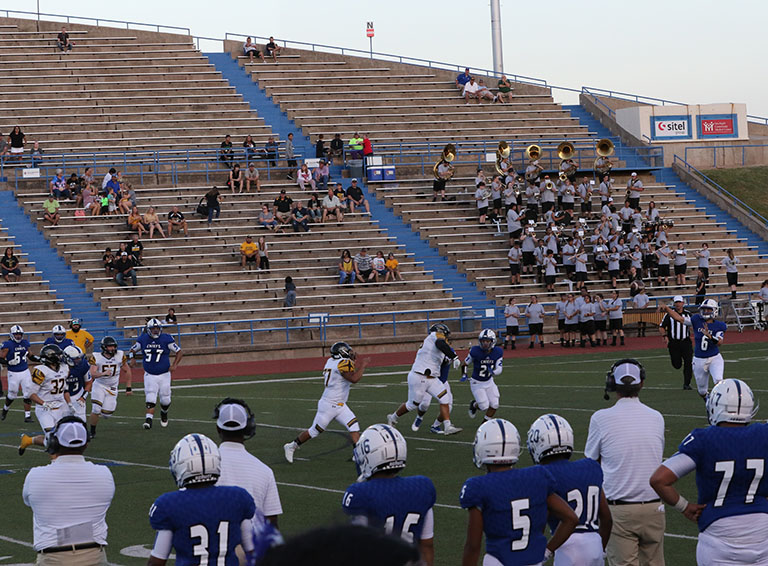 SAN ANGELO – What does “One if by land, two if by sea,” Longfellow’s poem, The Midnight Ride of Paul Revere have anything to do with Friday night’s non-district game between the Lake View Chiefs vs. Snyder Tigers, you ask, everything! In the famous story of Revere’s ride to warn the colonists that the British were coming, one lantern meant that they were coming by land. Two lanterns meant by sea. 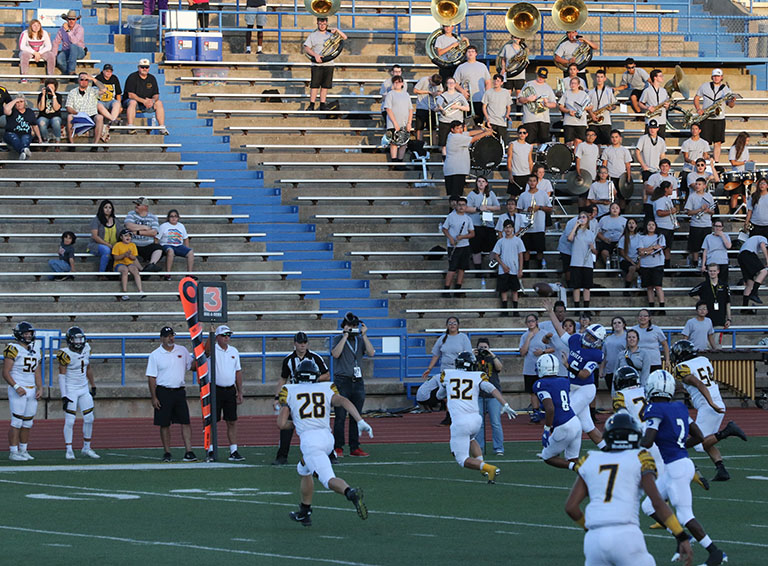 In Friday’s 32-19 third consecutive win for the Chiefs, Lake View went by air as its aerial attack focused on the Tigers defense, particularly its secondary. Lake View rode the arm of gunslinger, quarterback, Albert Rodriguez, who threw deep passes to his wideouts: Austin Bandy and JJ Casarez. Rodriguez and his Chiefs offense "deep-sixed" the Tigers, twice as he got the offense clicking. 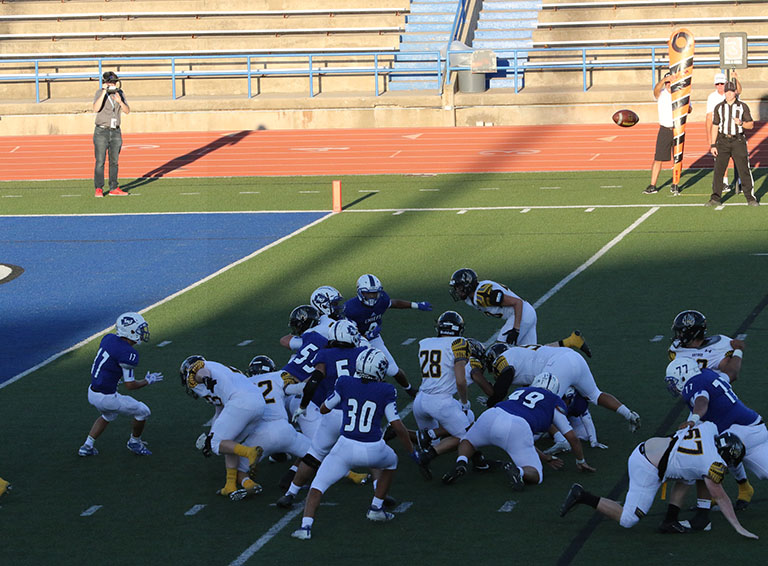 Before the fireworks from Lake View’s offense though, the Pride of the Northside” defense set the tone early when it stonewalled the Tigers offense which was on the Chiefs’ six-yard line. Snyder was “knocking on the door” when quarterback, Cam Smith, had the ball stripped from him. 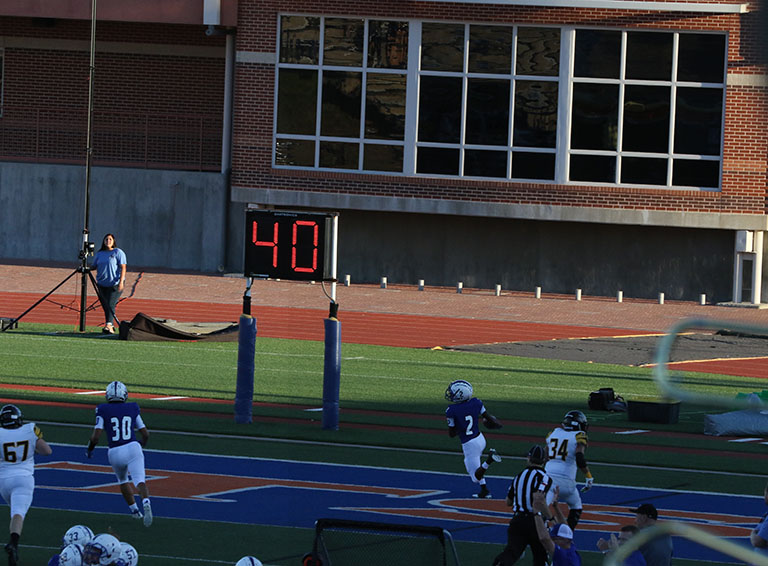 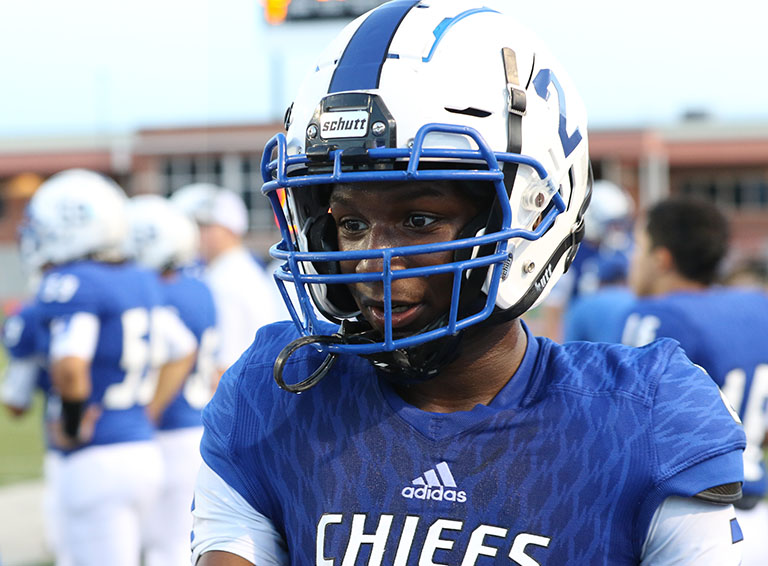 With the ball out in clear sight for anyone’s taking, Lake View’s defensive back, Bandy, scooped up the “pigskin” and ran 94 yards for a touchdown. After the PAT failed, the Chiefs led 6-0 with 5:43 left in the first quarter.

Once Lake View settled down after its first series with no points, the offense turned into a scoring juggernaut machine. Chief’s Rodriguez spotted Casarez downfield and threw a 58-yard strike. That set up the Chiefs’ touchdown to finish off the drive when Rodriguez tossed a 4-yard pass to Bandy in the end zone to make it a 13-0 lead. 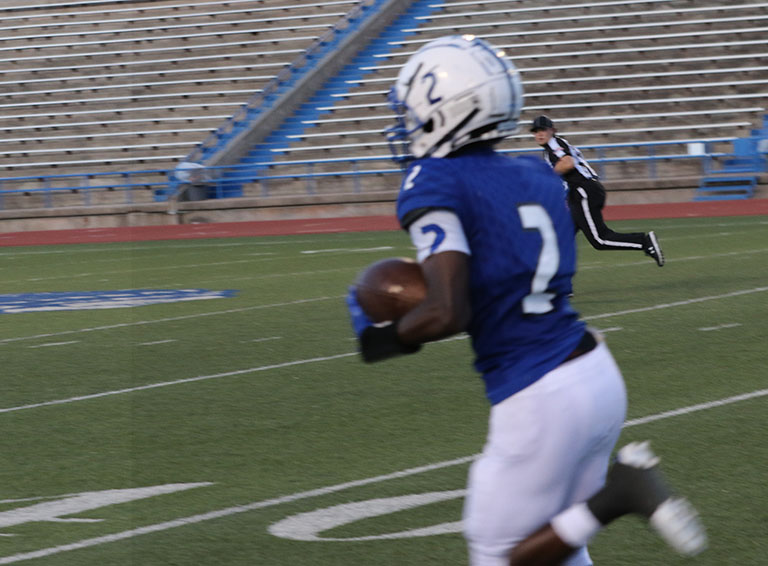 Later, in the second half, Rodriguez followed up with a throw to his other receiver, Bandy, who took a pass and turned it into a 74-yard catch and run for a touchdown jaunt that broke the back of the Tigers’ defense. That score came with 3:28 to go in the third quarter. With that touchdown, the Chiefs extended the lead to a comfortable 32-12 lead.

As for the Tigers’ first score, it came less than a minute to go before the first quarter ended on a 27-yard field goal by Jorge Olivarez. Snyder’s other score was a two-pointer by one of its defensive backs who returned a Rodriguez pass into a deuce. The half-time score ended up, Chiefs 25, Tigers 5.

Only two touchdowns were put on the scoreboard by both offenses; one in the third quarter and the other in the fourth quarter. After the single touchdown by the Chiefs to make it 32-12, the Tigers’ final touchdown came on Cam Smith’s 1-yard run.

Up next for the Chiefs 3-0, off to its best start since 1983, are the Fort Stockton Panthers. That game which is homecoming for the Chiefs is next Friday, September 20. Kick-off from San Angelo Stadium is set for 7 p.m.