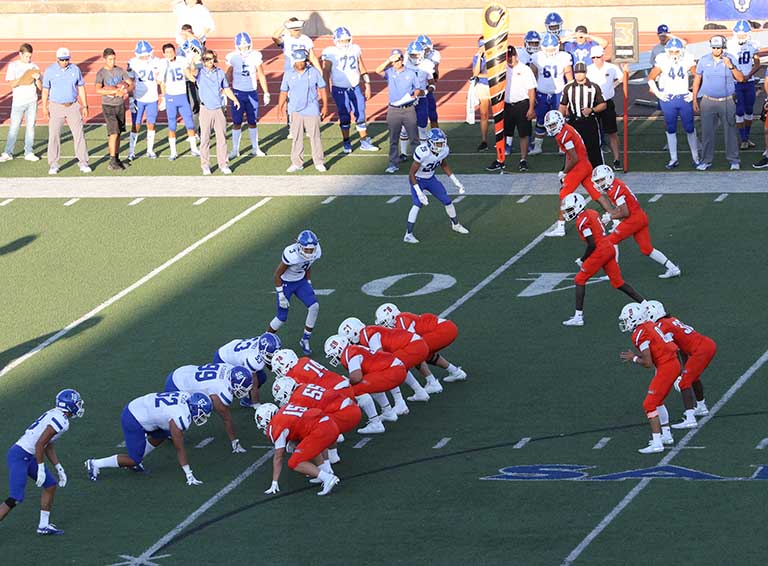 SAN ANGELO – After last week’s 54-21 fiasco loss at the hands of Killeen Shoemaker, the Central High Bobcats (0-1) cleansed themselves from that bitter taste in their mouth as it took care of business with a 52-10 shellacking of the Del Rio Rams (0-1). The Bobcats won their Friday night home opener at San Angelo Stadium as all three phases: offense, defense and special teams contributed every which way you could image to score big.

While the Bobcats cruised to an eventual 42-point victory, Coach Brent Davis' young Cats started slow as the teams ended the first quarter, knotted at 0-0. 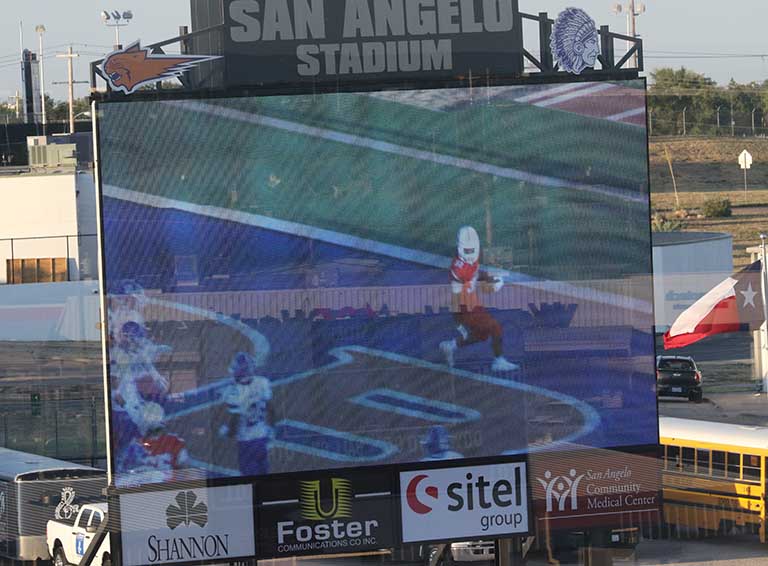 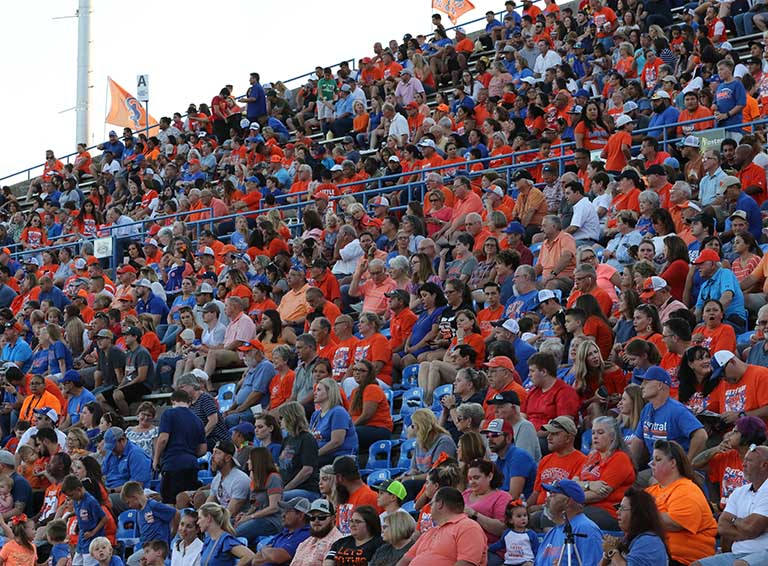 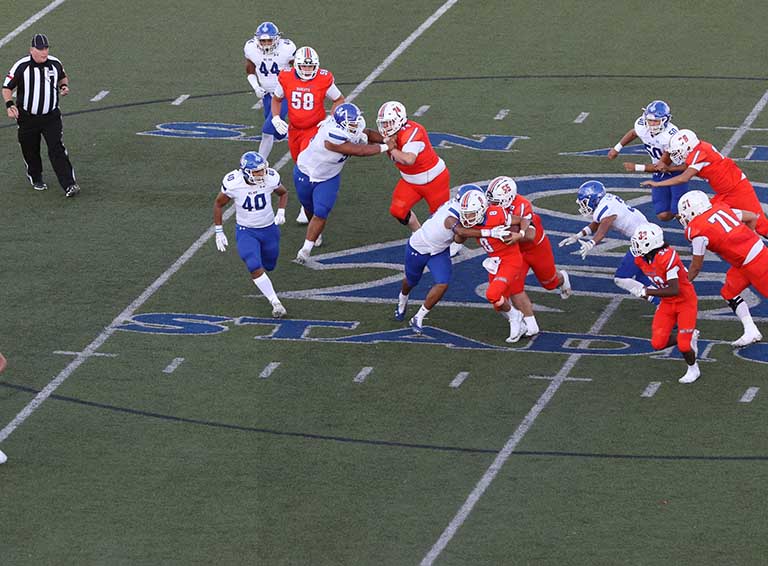 The floodgates on the scoring continued as Central scored at will on their next two offensive possessions. Cats’ quarterback, Malachi Brown, threw touchdown passes to senior wideouts: Christian Gabaldon and Tanner Dabbert. 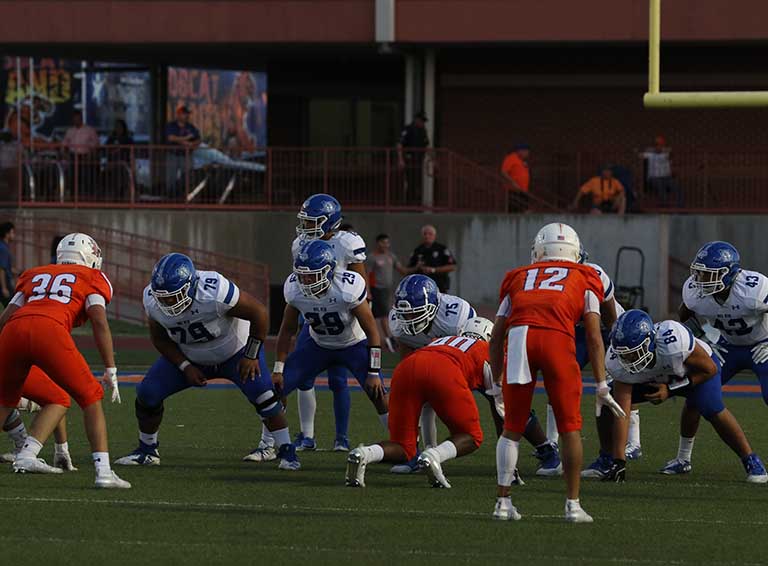 Meanwhile the Angry Orange defense stalled and stonewalled Del Rio’s pedestrian offense as it was held to eight total first downs and passing yards of less than 60 yards. 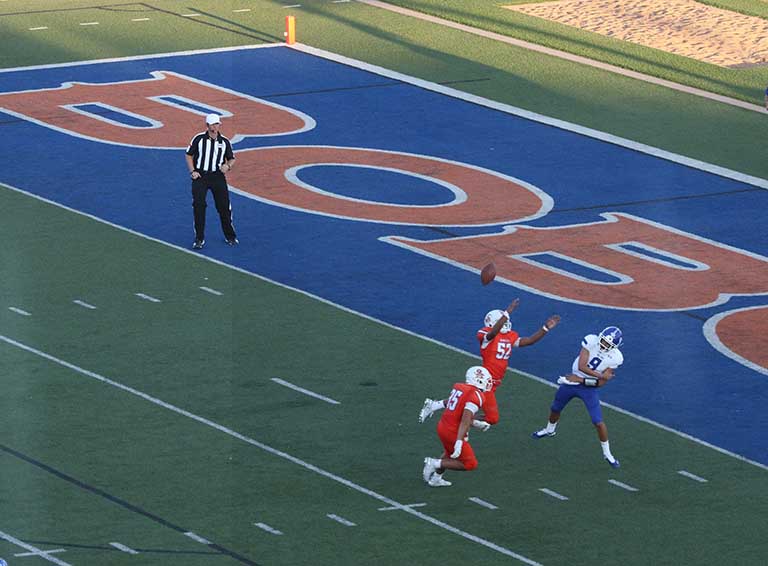 The Cats’ defense got in on the scoring when Rams’ quarterback, Dominic Sánchez threw up a wobbled pass trying to avoid being tackled. 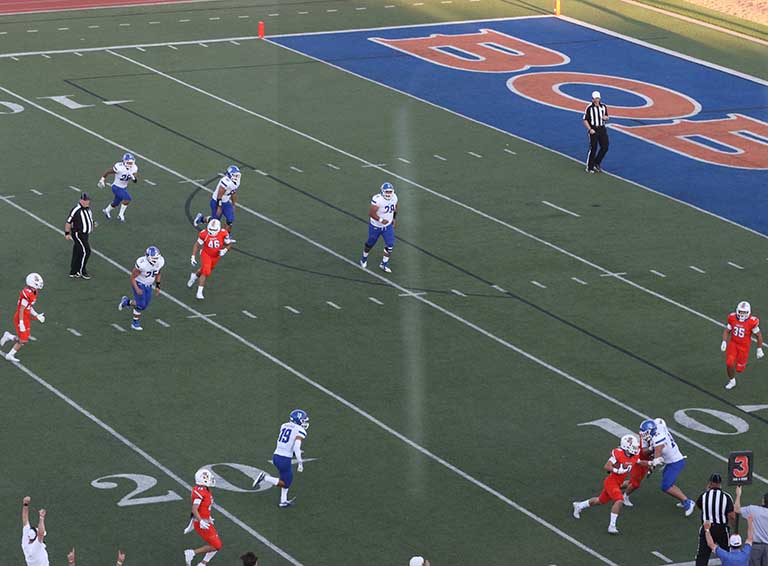 Defensive end, Ja’Vonte Coleman, was close enough to pick off the ball as it fluttered right to him for an interception.

Central’s Angry Orange was in on one more defensive stop when junior cornerback, Kyson Snelson, scored on a 15-yard blocked punt return. The Cats led the Rams, 28-0 at the half.

The second half scoring produced 14 more points for the Cats in the third quarter. As for the Rams, Gabriel Zapata got Del Rio on the scoreboard with a 33-yard field goal toward he end of the third quarter.
By the time the game had officially been called, San Angelo Central tacked on 10 more points in the final quarter for the 52-10 convincing win. The Rams' Sergio Alameda got in a 60 plus scoring jaunt with less than a minute to go in the ball game.

Central (1-1) plays its second consecutive non-conference game at home next Friday, September 13 against the Cedar Park Timberwolves. Kick-off from San Angelo Stadium is set for 7 p.m.