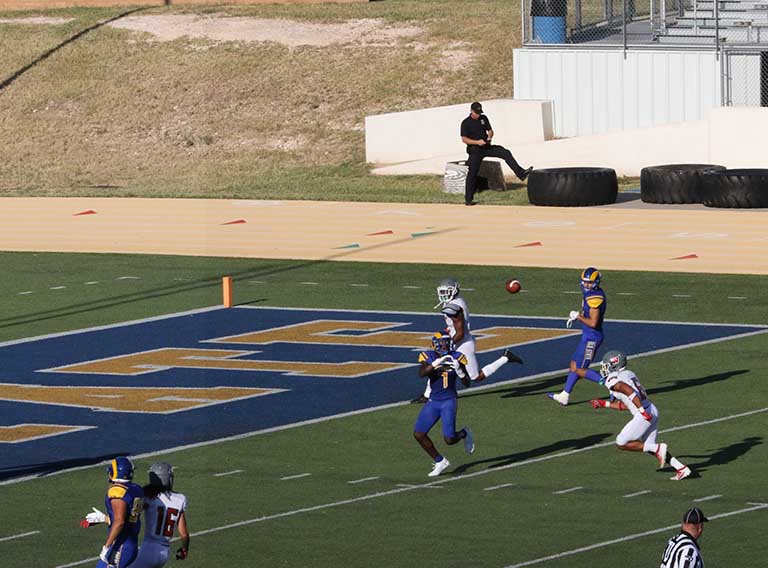 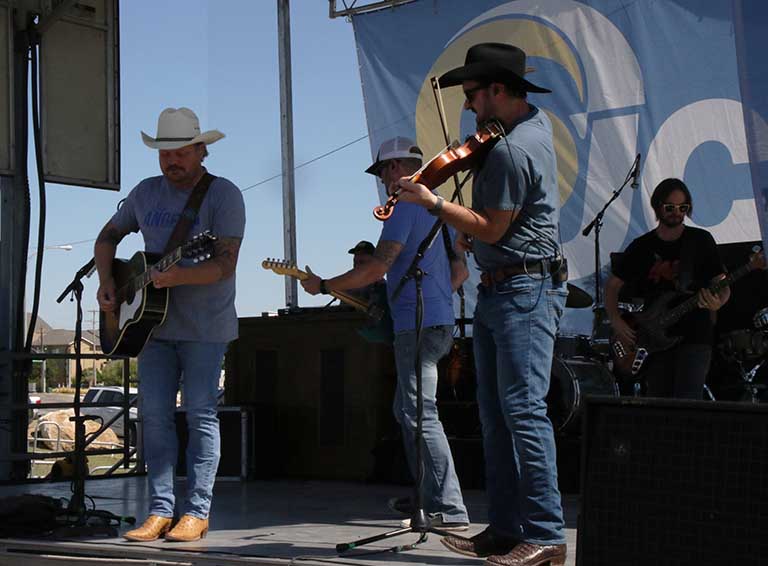 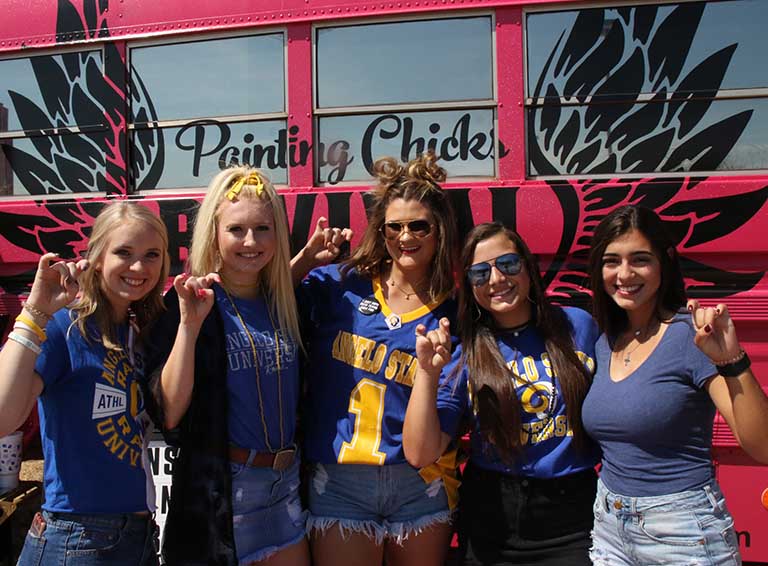 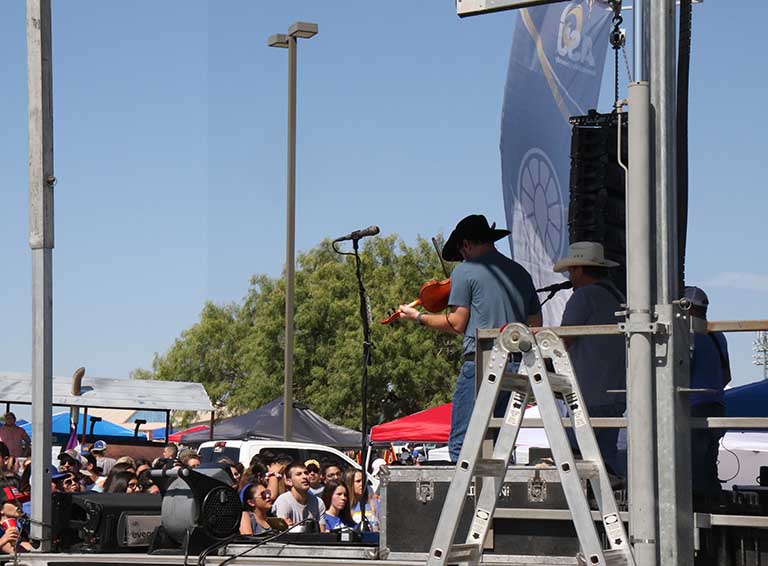 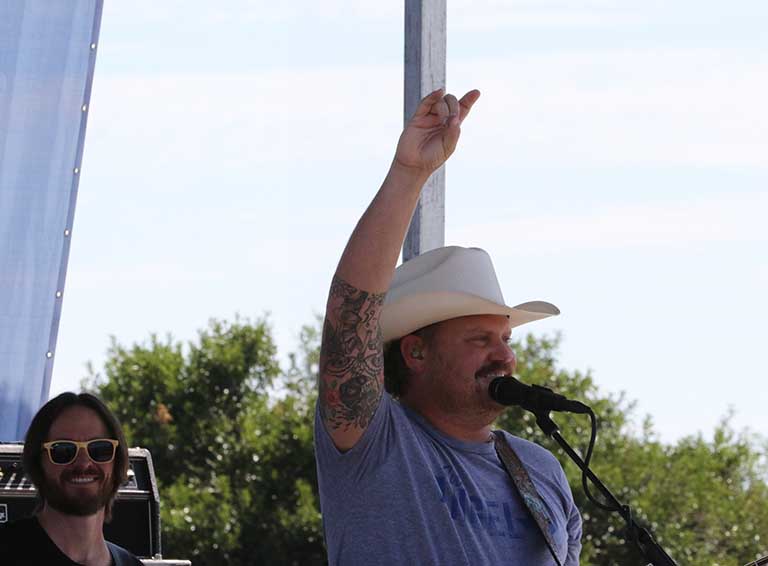 The UCPC Concert Committee invited the Rogers Band as its’ first show of the Ram Jam season. Besides Randy's' great performance, which won the Ram community over, he sure didn't hurt his cause any when he held up the Rams spirit hand sign which is that of a Ram’s head.

Oh and as for the game itself, under ASU first year head coach, Jeff Grisch, the Rams football team kicked off the 2019 season in style, dominating the Western Oregon University Wolves, 45-20. 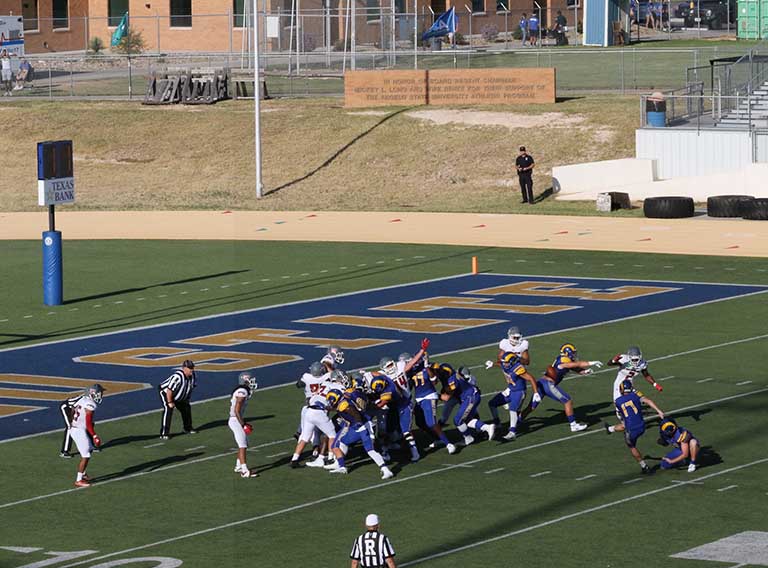 First half:
• Just under three minutes into the game, Connor Flaningan put the Rams on the board with a 24-yard field goal.
• The Wolves grabbed its only lead about four minutes later on a two-yard rush to lead 7-3.
• In the final two minutes of the second quarter, Payne Sullins handed off to Lloyd Howard for an 18-yard rush to push the score to 24-7. 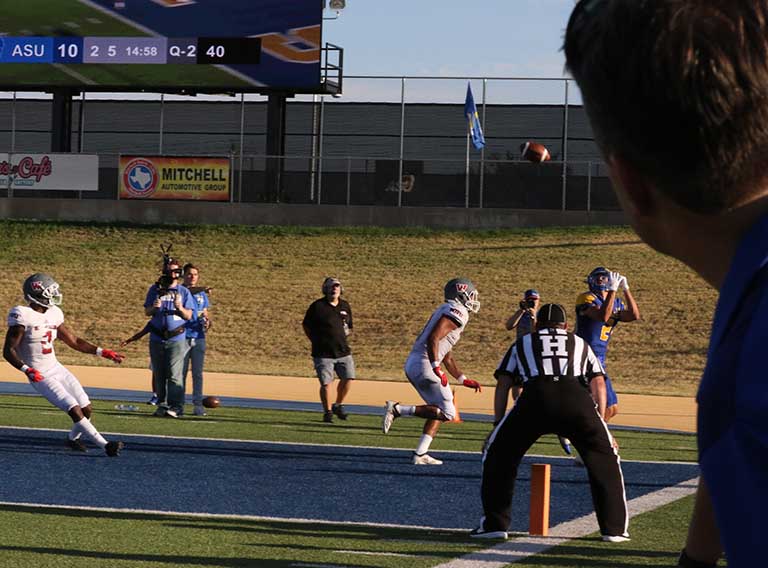 Second half:
• The Rams domination continued, scoring twice in the third quarter to lead 38-7.
• 30 seconds into the fourth, Sullins found Lawson Ayo for a 13-yard pass to the end zone for a 45-7 lead.
• The Wolves tried to manage to come back but defense stayed strong, as they blocked a kick to keep the score at 45-13 and gave up one more touchdown in the final two minutes.

Up Next:
The Blue and Gold welcome Simon Fraser, British Columbia to LeGrand Stadium at First Community Federal Credit Union for Military Appreciation on September 14. Kickoff is scheduled for 6 p.m.