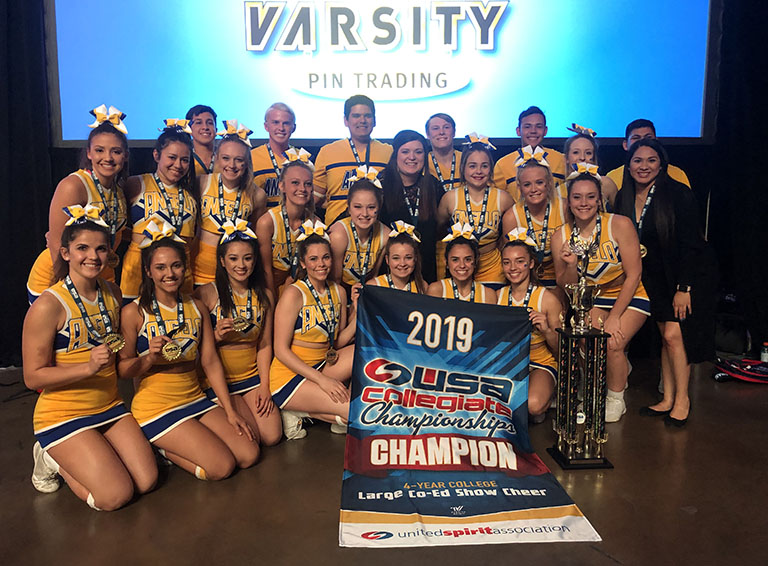 ANAHEIM, CA – This year's Angelo State University’s 22-member co-ed Cheer Team, had a two-fold chip rolled up into one that it cashed in to defend its’ title as The United Spirit Association 2019 USA Collegiate Champs.

That first chip was a person--second-year, ASU Cheer Coach, Kaylee King, whose leadership experience, fierce intensity level, a 110 percent commitment that she instilled in her team, a family togetherness and a mantra of, “Breathe and Believe,” delivered the team and Angelo State, a second, consecutive national title.

As for that second, "bigger-than Texas-sized chip.” The 2019 co-ed cheer team had in its back pocket, it happened to be the same person, King--last-year’s USA national collegiate champ cheer coach from the 2018 edition. 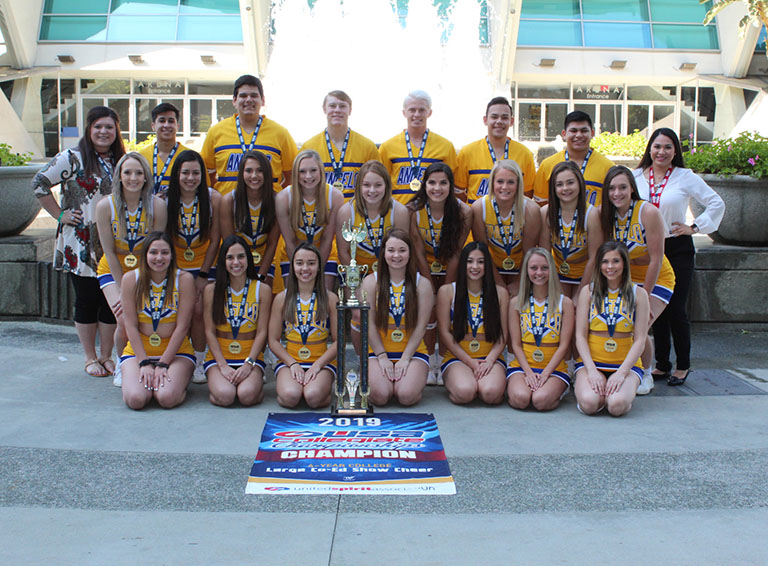 Q: “So how does it feel to win consecutive titles? “Winning back-to-back titles is a very surreal feeling” “This year has had its ups and downs just like any team does but they were able to come together when they needed to and really put out a solid performance,” said Coach, King.

Q: “What exactly if anything different did you do with your team to prepare them for this second, go-around title?” “From the beginning of the season our focus wasn’t on winning but on being a team and being clean.” “We knew we had a target on our back from the year prior. . .” “. . . that drive to do so really came from each other.” “They knew that if they wanted repeat success, they would need to push harder than they ever had before and that is exactly what they did,” Kaylee said.

Q: “What was your mantra to keep them focused?” “Throughout the entire competition I kept telling the team to "'Breathe & Believe'” "No matter where they placed or what the other teams performed, they just needed to breathe and focus on what they needed to do and to never lose sight of believing in one another.”

Q: “Was there any pressure about repeating, or any talk along the way about the possibility of not repeating?”
“I think along the way there was the hidden pressure of wanting a repeat; but it wasn’t the soul focus of this team.” “Of course, they all wanted the same outcome, but we talked often about the fact that an outcome like that wouldn’t be possible, unless they focused on each individual section and just do their job,” concluded King.

The 2019 ASU co-ed Cheer team’s 2nd championship in a row was “icing on the cake.” That "icing" is another trophy which will go alongside of its twin, the championship trophy from 2018. 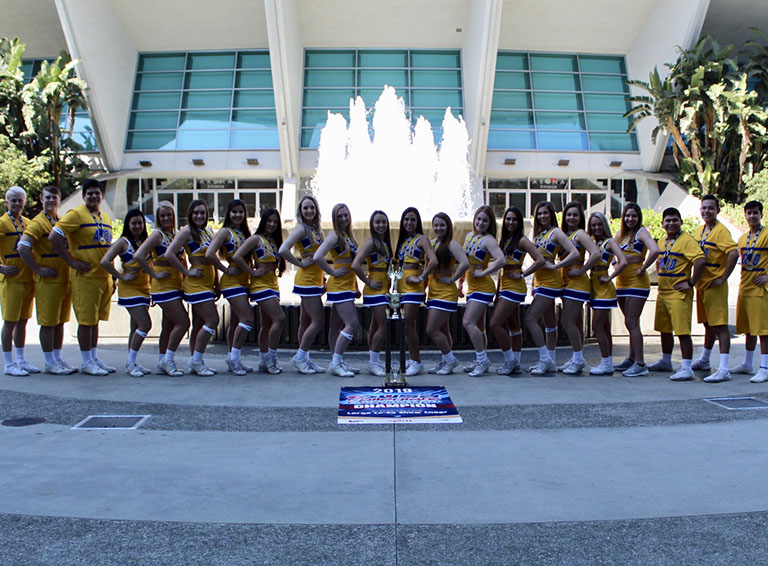 The following press release information below on the championship/ and video was provided per Angelo State University’s website
"The championships were held Feb. 22-24 and featured teams from dozens of colleges and universities throughout the U.S. competing in a variety of divisions and categories, including show cheer, jazz and hip-hop routines, and mascot challenges. Because the size divisions are based on the number of males on a co-ed team, ASU competed against teams from much larger universities" per Nurre, Jr. ASU Office of Communications/ Marketing.

Videos of all the competition routines, including the ASU Cheer Team, are available at https://tv.varsity.com/events/6248350-2019-usa-collegiate-championships/videos?playing=6373752