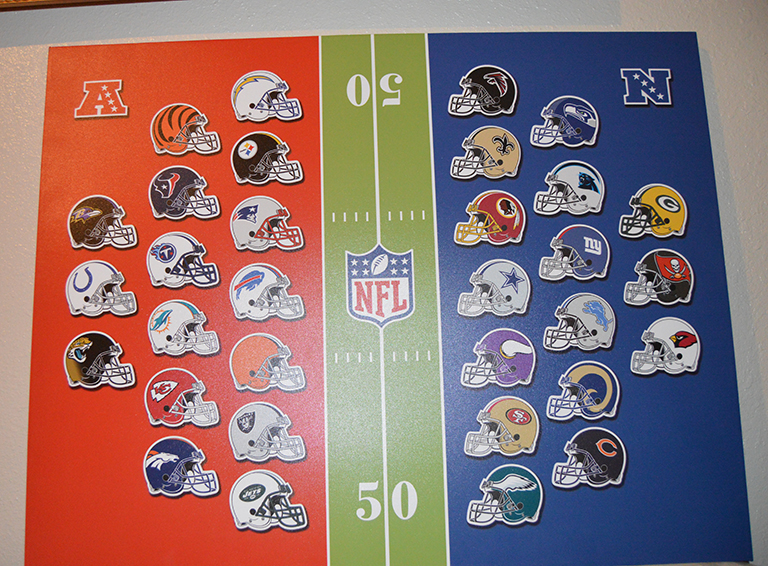 DALLAS – The Cowboys accomplished three important things late Sunday afternoon in running rough shod over the Washington Redskins. 'Pokes defensive back, Bryon Jones interception of ‘Skins quarterback, Kirk Cousins throw, iced the game when he returned it for a touchdown to make it 33-19.The first assignment is connected to the second one. First, Dallas' win over an NFC East opponent, puts them on solid footing. the 'Pokes are only one game behind the Philadelphia Eagles in the division.Second, Dallas' win puts them over 500 at 4-3. And third, Dallas has won consecutive games.On the opening series, Cowboys' Ezekiel Elliott fumbled the ball on Cowboys upon which Redskins capitalize to get a field goal out of it. Washington leads 3-0 with 13:09 left early in the first quarter.The Cowboys come back on their second series drive and score when Elliott runs in from 13 yards.Dallas goes 75 yards in five plays. Prescott on the drive goes three for three in passing. It’s Dallas 7, Washington 3 with 10:32 left in the first quarter.The Redskins offense comes back with another score, making it is two-for-two on putting points on the scoreboard. 'Skins' back, Robb Kelly, gets the touchdown from in-close to make 10-7 after the PAT. Early in the second quarter with 13:49 left, the Cowboys face a third-and-19 within scoring range.Dallas' field goal kicker, Mike Nugent, can't put the points on the board as he hooks his attempt at a 49-yard field goal left. It is Redskins 10, Cowboys 7 with 13:04 before the half.Redskins come back on their next possession with another three points, going three for three on field attempts made. Washington's field goal kicker, Nick Rose, doesn't miss his to put the 'Skins up by six points, 13-7 with 10:04 left before the half.The Cowboys (3-3) coming into Sunday afternoon's game against NFC East rival, Redskins (3-3) were playing a team that was desperately looking for a division win. Dallas, too was in a "must" win situation as it could ill-afford to lose this one.One interesting point to be made; Cowboys' won record against teams who are below 500 is 4-0. When it comes to teams with a better won-loss record, well, that’s a different story as Dallas is 0-3.Cowboys finally take the lead when Elliot scores a touchdown to make it14-13 with 2:20 just before the half.The game goes south for the Redskins when field goal kicker, Rose’ chip shot kick is blocked by Tyrone Crawford, then Orlando Scandrick picks up the ball and scoots down the left sideline for 86 yards before being caught from behind. From there, Ezekiel scores two plays later to take that one-point lead, 14-13. This comes just before the half.In the opening minutes of the third quarter, The Cowboys'' defense then gets in the act when it comes up big against Redskins', Cousins, who is harassed by the pass rush when defensive tackle, Tyrone Crawford, causes him to fumble and teammate Demarcus Lawrence comes up with the ball at the Redskins 45-yard line.The Cowboys' offense comes away with points, on a 36-yard field goal made by Nugent to make it 17-13. Meanwhile, cowbell, Elliott is doing yeoman work as he rushed for 150 yards and scored two touchdowns. Cowboys' special teams get in on the act of contributing field advantage when Redskins' special teams player, Chris Thompson, fumbles the ball on the kick-off. Dallas recovers and turns that mistake into points as kicker, Nugent, connects on an approximate 48-yard field goal. Dallas now leads 20-13 with 6:23 left in the third quarter.For the third consecutive time, Cowboys come away with points again as kicker, Nugent nails his third field attempt; this one comes from 26 yards out as Dallas ups the lead to 23-13.Next time around, Dallas’ Nugent, connects on a 26-yard field goal to just about put the nail in the coffin on the Redskins attempt to win the game. Those three points up Dallas lead to 26-13 in the fourth quarter.When safety, Jones intercepts Cousins pass and returns it for a touchdown with 21 seconds left in the game, that seals the deal.There's no time to get comfortable as the Cowboys next opponent, the Kansas City Chiefs (5-2) come to AT&T Stadium on Sunday, November 5 for a 3:25 p.m. start time.