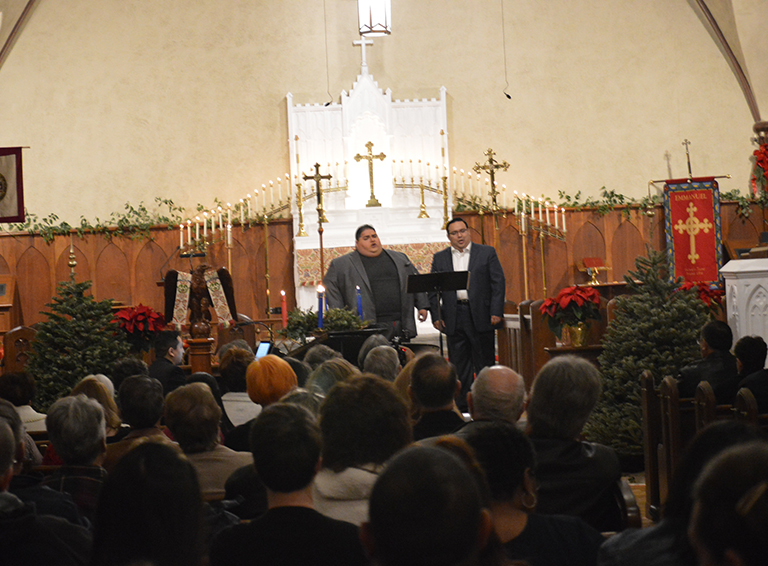 SAN ANGELO – Three best friends from San Angelo, one a baritone singer, another a pianist, and the third, a tenor, came home for the holidays to hold a concert during the 12 days of Christmas, known as Christmas Tide.
Marco Antonio Melendez, who sings baritone, collaborated with Adam Torres, pianist and Joshua Thomas Diaz, tenor, to form a trio, which originally began their Christmas recitals in 2010 at Holy Angels Catholic Church. 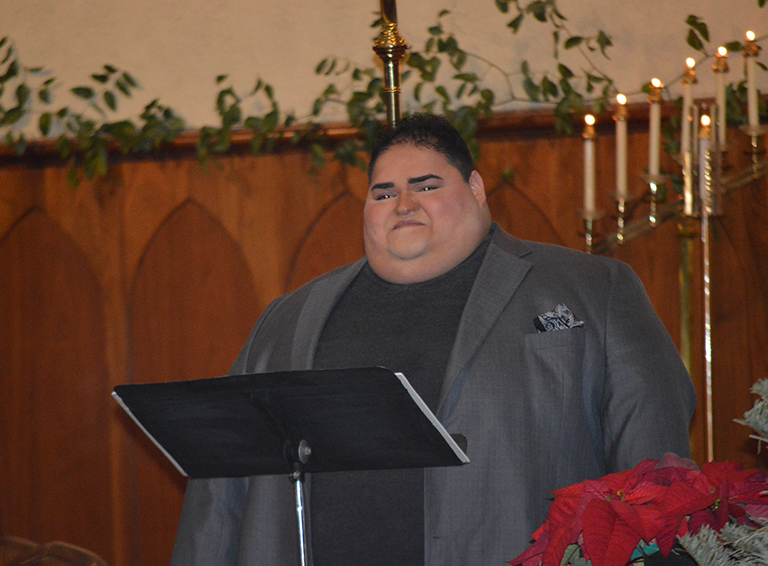 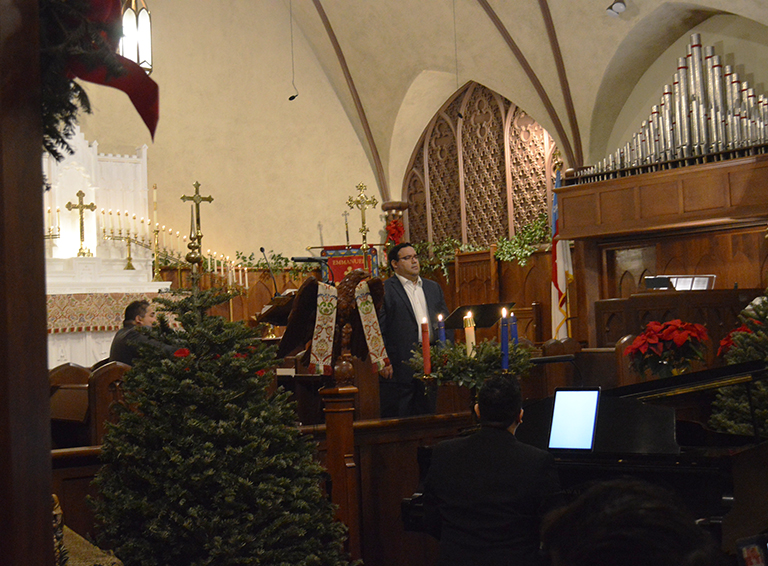 Melendez, the point man for these past seven Christmas Tides, decided he wanted to give back to his community which had given him and his colleagues their support in attending their concerts.
“I held the first Christmas recital with Adam as my accompanist,” said Antonio Melendez.

This was the first year to hold the annual, holiday recital at Emmanuel Episcopal Church, 3 S. Randolph on December 28th.
Both Marco and Adam graduated from Central in 2003 while Joshua was a Lake View grad, class of 2003. 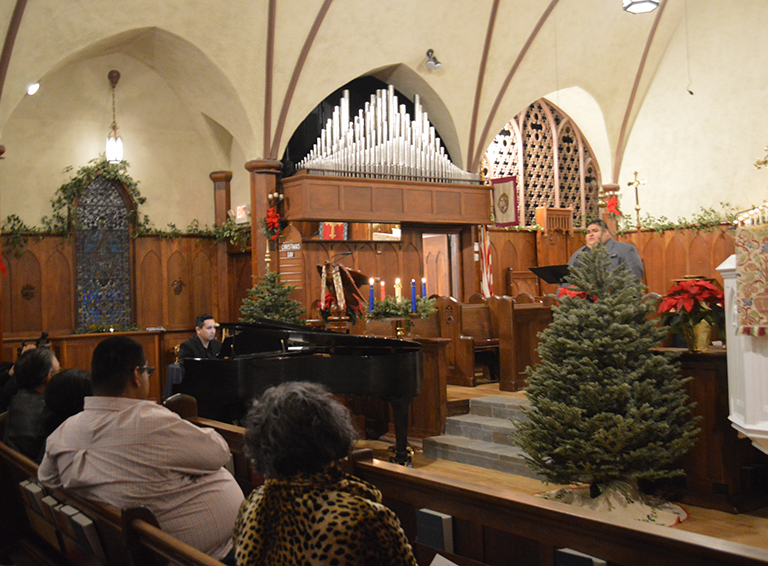 Marco who was interviewed backstage before the concert, stated that he and Adam had a conclave of people who followed them throughout their musical career while he knew Joshua from his work at the cathedral.
“We are both honored and thrilled by the amount of people that attend the performance each year. The three of us received much of our foundational musical training right here in town. We all call San Angelo home and this is just our little way of giving back to the city that continues to give us so much!” concluded Melendez.

The 7 p.m. performance featured works such as O Holy Night, Mary Did You Know, Josh Groban’s You Raise Me Up, and Andria Bocelli’s The Prayer just to mention a few of the Christmas music pieces that were on the program.