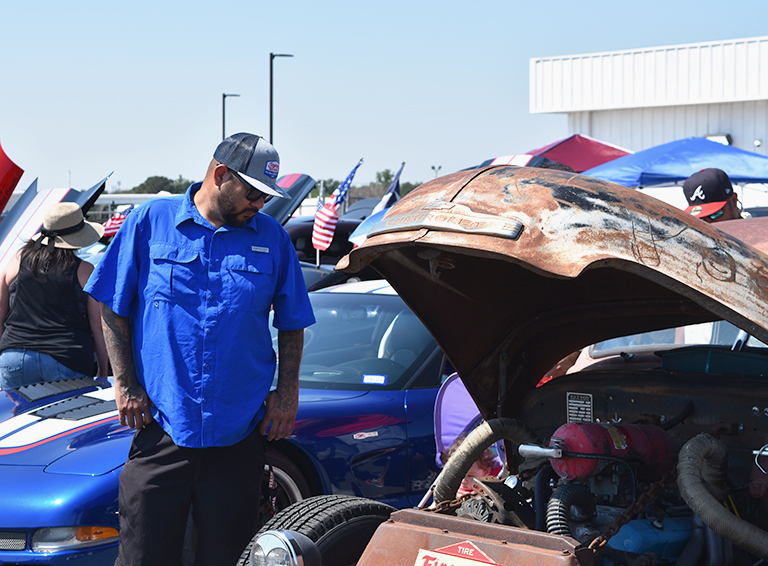 Starting at 10 a.m., a large crowd flocked to Mitchell Buick-GMC to check out the various car makes, models, colors, etc. 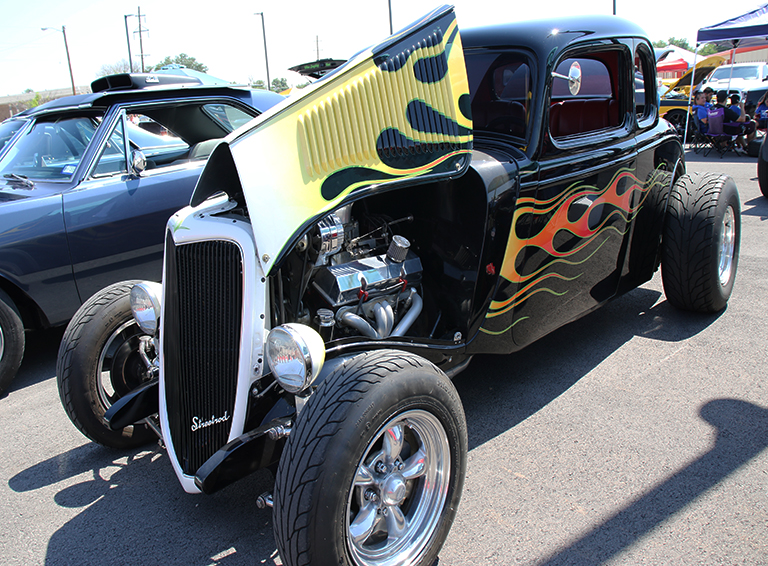 For some, a car show is just something cool to do on a Saturday morning, but for self-proclaimed “car people,” it means more.

Bender Martin, a member of Joe’s Bar & Grill Car Club, said that his love for cars stemmed when he was 9-years-old, working with his dad at a service station.

“Back then, you know, It was a perfect time to be growing up cause all of the hot rod cars started coming out …you just fall in love with them and can’t stop,” he said. 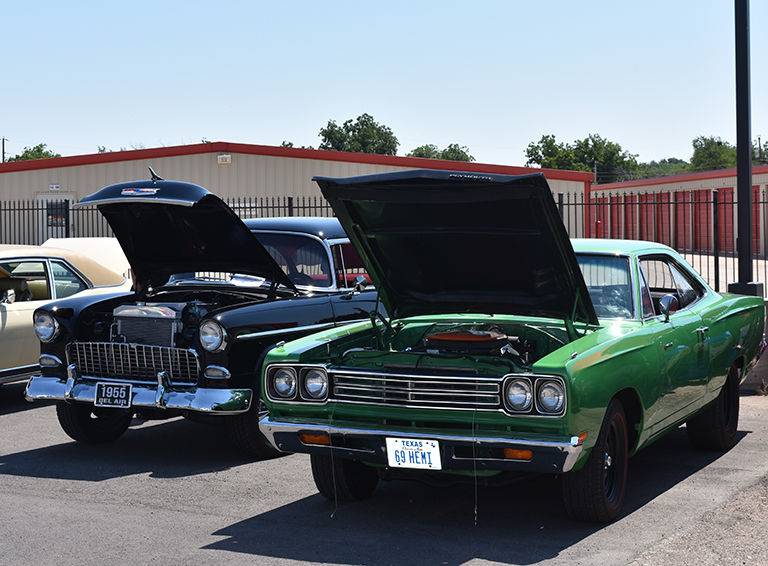 Pictured on the right is a '69 Roadrunner, which belongs to one of Martin's close friends.

Martin also noted that the money made from most of the local car shows goes to good causes, such as San Angelo’s Crime Stoppers.

Travis Griffith, the Executive Director of Crime Stoppers, said how thankful the organization was for all of the community support, “this community is just so awesome and this is where it shines, they are helping a small little 401(c)3 like us, to be able to keep on.” 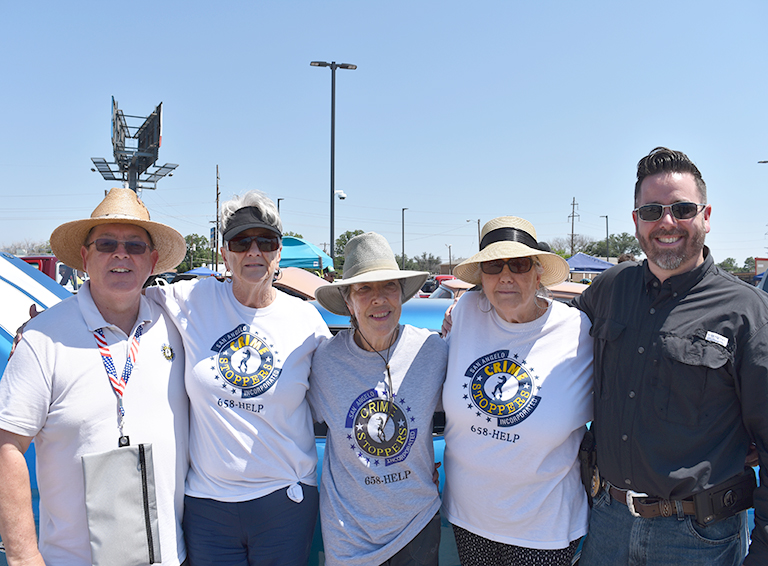