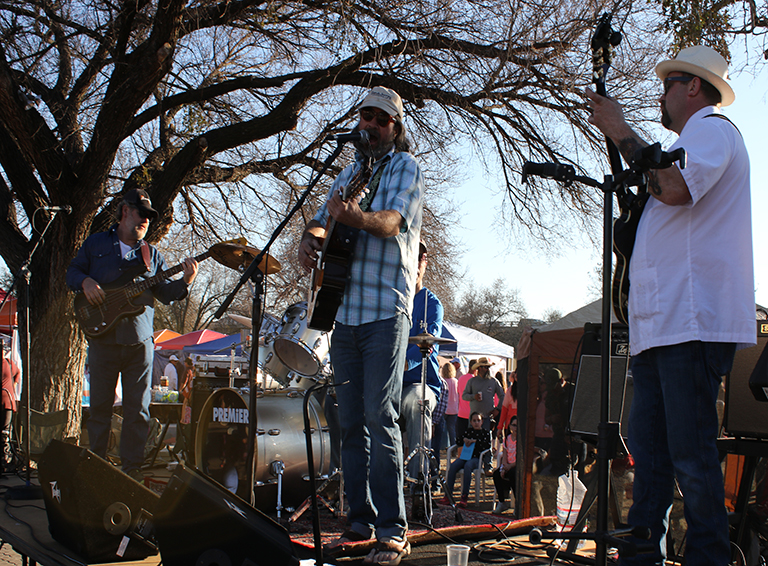 SAN ANGELO –On March 6, 2021, at 11:00 a.m. the 5th annual Brews, Ewes & BBQ Competition got underway. The event had a great turnout, including the competitors and those who just wanted to join in on the fun. The cool, springlike weather and relaxed environment were perfect for the occasion, with live music being the cherry on top.

A large crowd gathered at Neff’s Park (alongside the banks of the Concho River) to see the BBQ cook-off, as well as shop from local craft vendors that were present. They watched 50 teams from various parts of Texas compete in five main categories: chicken, ribs, lamb, brisket, and beans.

Later at 6 p.m., the awards ceremony concluded the day of competition and family fun-filled activities. The competitors and audience alike were eager to see who would take home the top prize of $1,000, for each respective category. The big winners of the night turned out to be Robbie and Shelly Hilton, who won the lamb category.

“Everyone obviously was ready to get out as we had a great turnout,” said Delilah Sudduth, Chairwoman of Downtown San Angelo Inc. “What better place and setting to have the Brews and Ewes BBQ than by the river.” 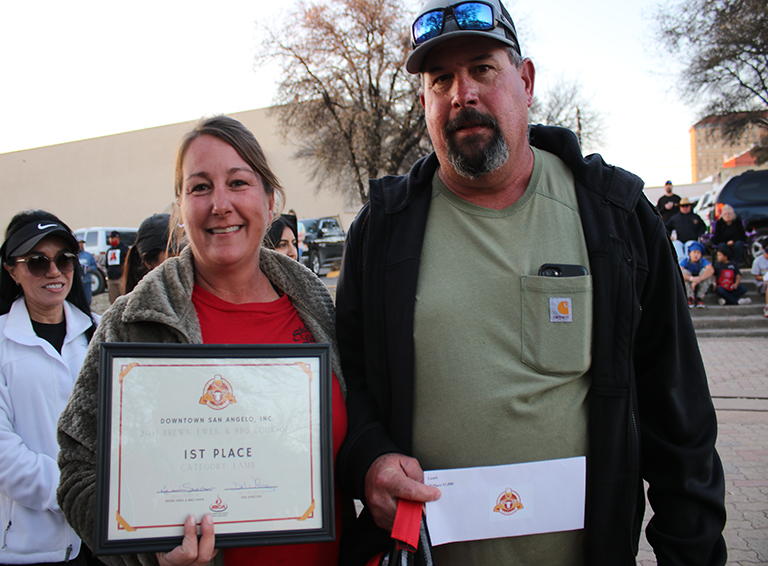 Shelly and Robbie Hilton were first-place winners in the Lamb category and took home $1,000.