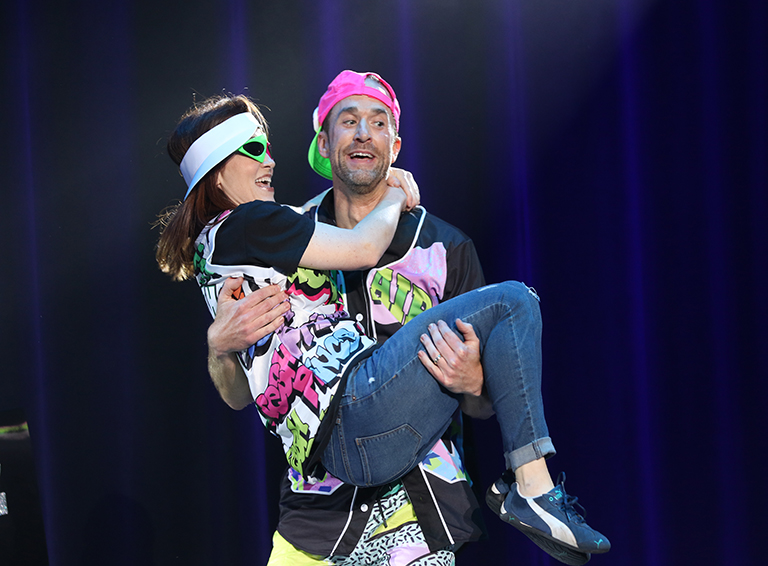 SAN ANGELO – Dancing With The Stars San Angelo’s Rob Houser and his professional partner, Angela Brooks’ dance routine had “a lot of creativity and thought that went into it. We’re just going to have a great time” said Brooks. 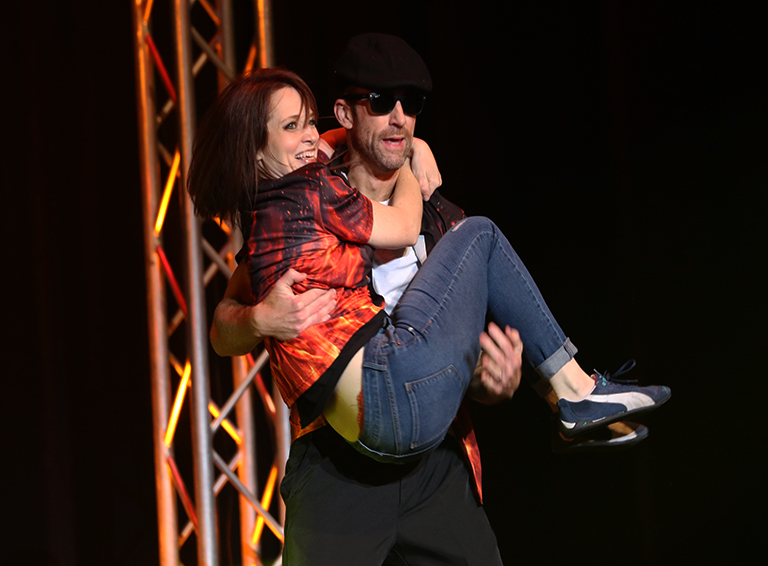 And that’s exactly what the Brooks-Houser dynamic duo’s performance showed on onstage. Angela’s creative, down memory lane dance routine medley of iconic songs ranged from the lyrics “Now I gotta to cut loose, footloose, kick off your Sunday shoes . . .” 1984 movie, Footloose, to Beyoncé and rapper Jay-Z’s 2003 “Crazy in Love” and The Fresh Prince of Bel-Air Theme song released in 1996. 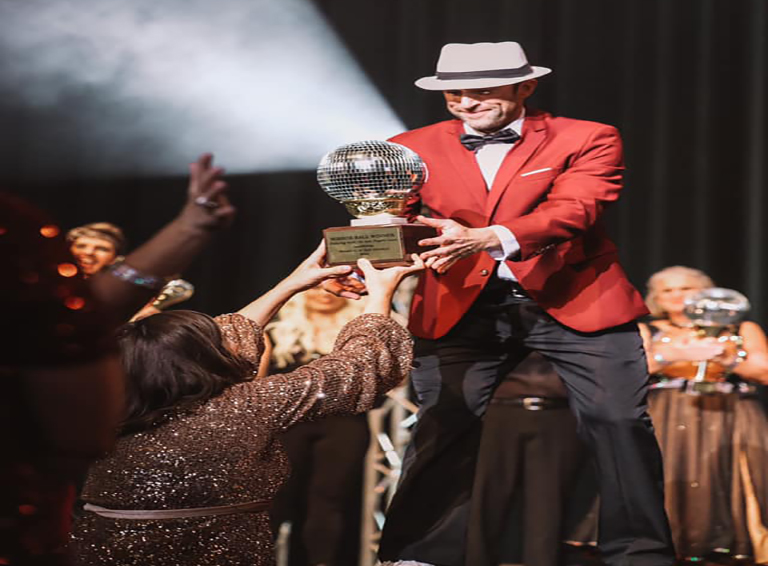 After 10 dance partners and their professional instructors finished their “anything you can do I can do better” performances, it was Houser who won the Mirror Ball Trophy at the third annual Dancing with the Stars San Angelo event on Thursday, April 30, 2021. The growing popular show was held in the Elta Joyce Murphey Performance Hall.

NOTE: to view the entire DWTSSA event, copy and paste the direct link below while it is still posted.
https://www.conchovalleyhomepage.com/news/local-news/dancing-with-the-san-angelo-stars-2021/ 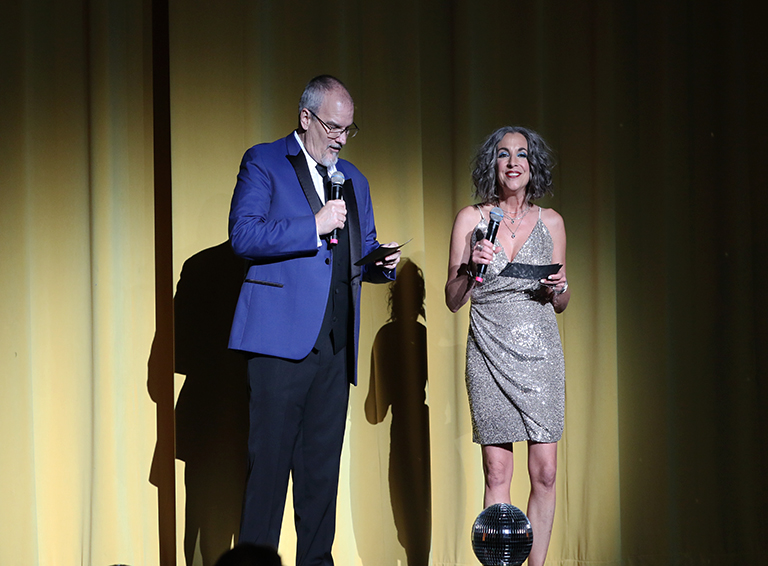 Elana Kent and Ken Roberts served as master of ceremonies. Kent is San Angelo Performing Arts Center's newly appointed Interim Executive Director. Roberts was associated with Be Threatre as its past president, and San Angelo PAC. 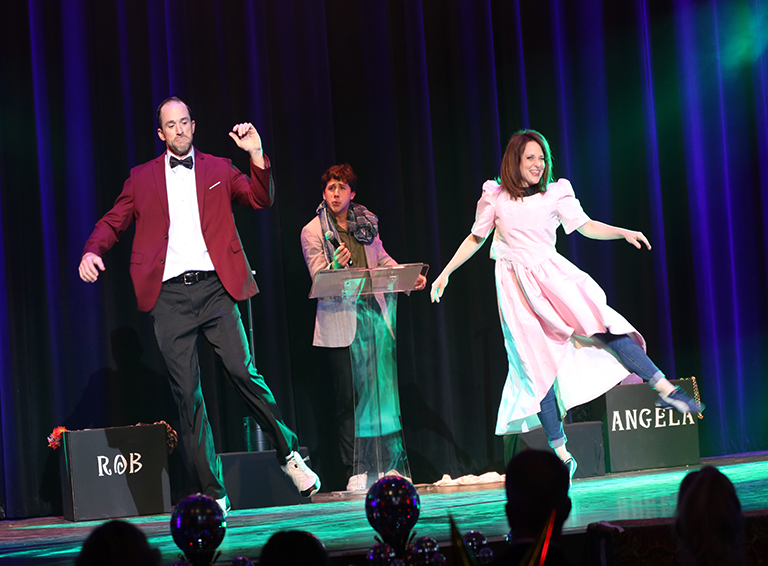 Rob who described himself as “tall uncoordinated guy looks ridiculous dancing condition (TUGLRC) overcame his limited dancing abilities with veteran Brooks’ chemistry connection evidenced by their spectacular “Middle-Aged Fun For the Whole Family Dance-Off “contest between each other. 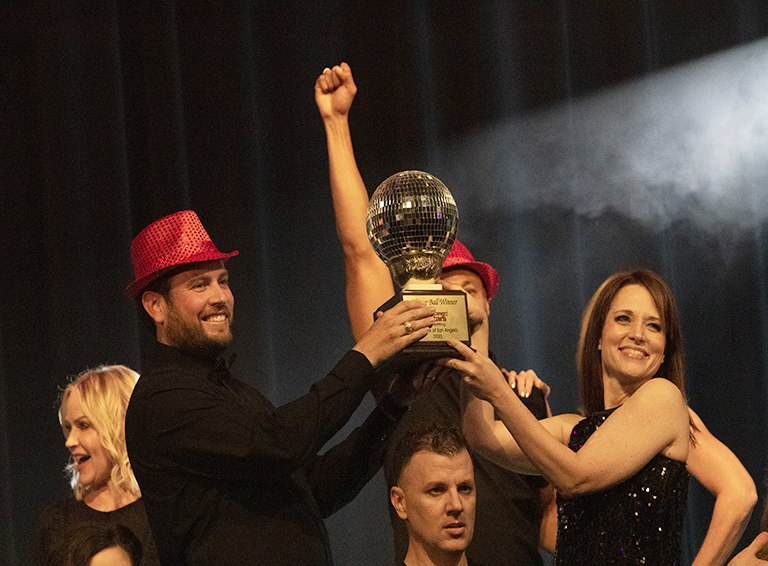 For the second consecutive year, Brooks, Executive Director of San Angelo Broadway Academy came away as the professional dance instructor who paired up with this year's 2021 Mirror Ball winner. Last year she joined Colby Chesshire who held up his trophy as the champion.

The 2021 winners for the following awards were: 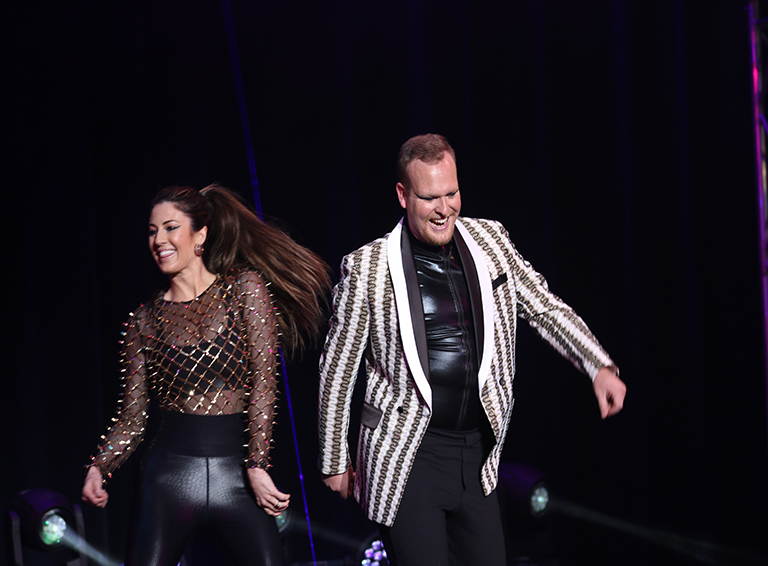 •    Spotlight – Chrys Forbes is the owner of Live Design and Print Shop. Forbes was paired with her professional dance instructor, Cameron O’Bryant. O'Braynt is a Paralegal Aide at Glenn Middle School. 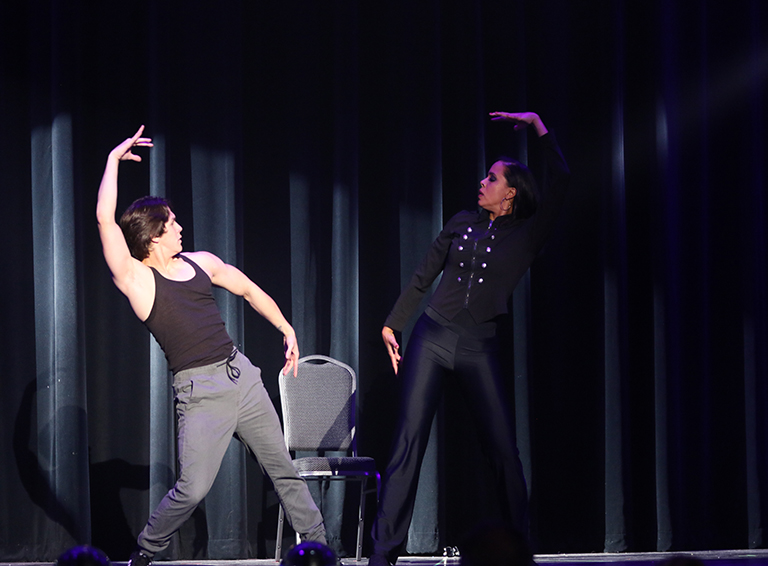 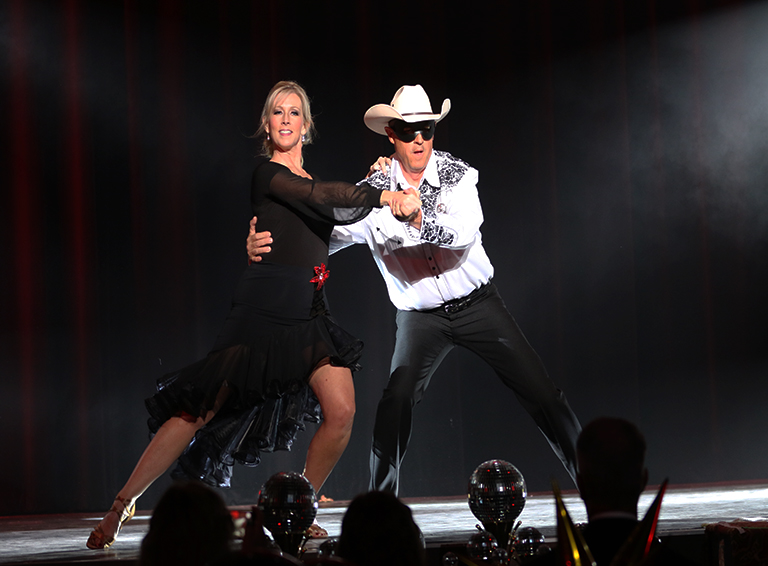 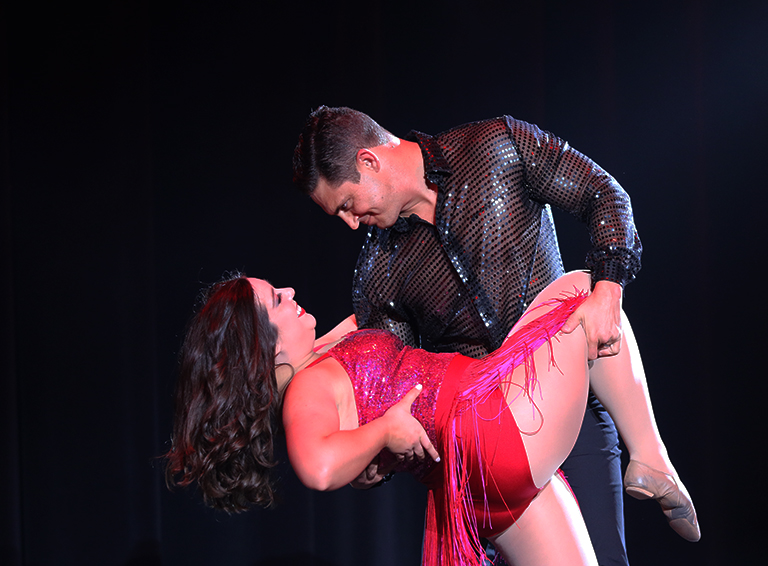 •    May Caliente – Mason Matthews Firefighter/Paramedic for the San Angelo Fire Department. Matthews was paired with Teresa Winegeart an instructor at Prep Academy. 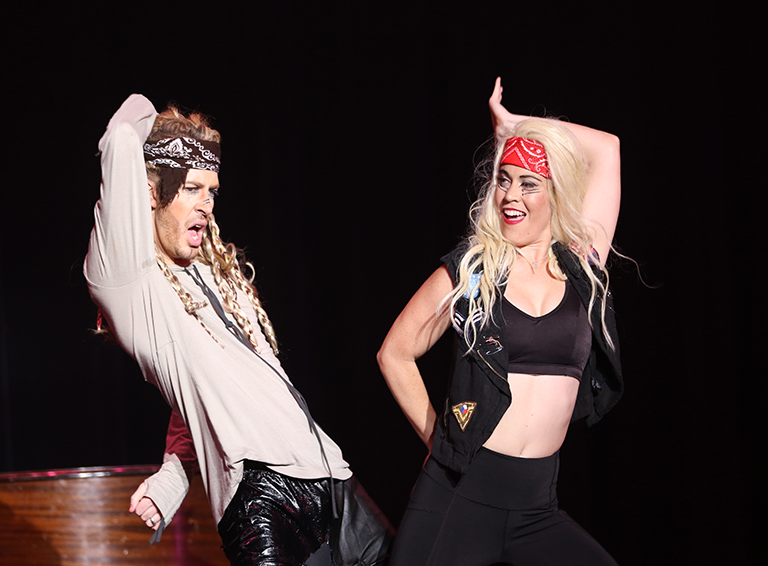 •    Drama Queen – Taylor Harris is the owner of If Walls could Talk. Harris teamed up with Erin Lane, the Artistic Director for Ballet San Angelo. 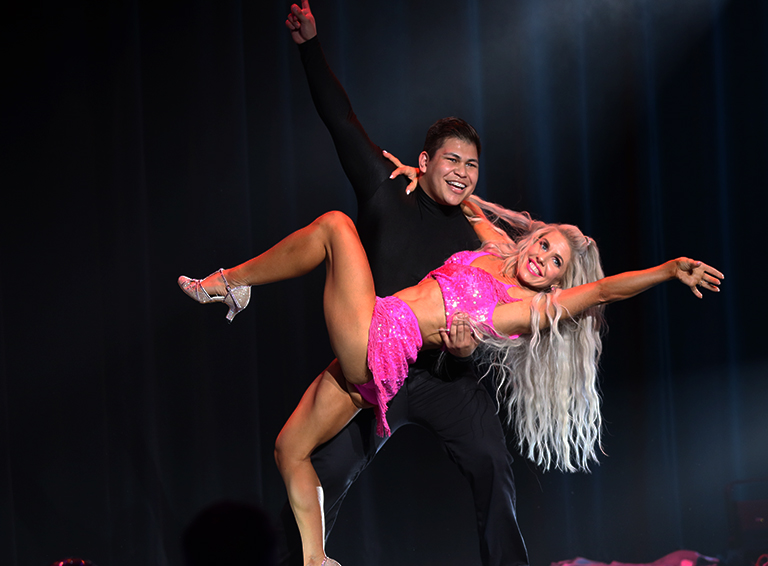 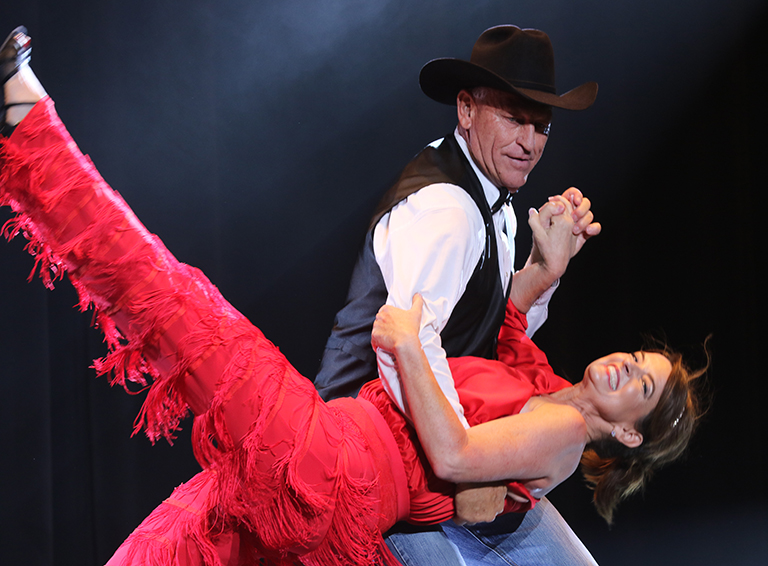 •    Costume – Sarena Terry is a rancher from Sterling City and a current Board Member for WTRC. Terry had as her professional dance partner, Tim Layman. Layman is a retired coach, teacher, and principal. 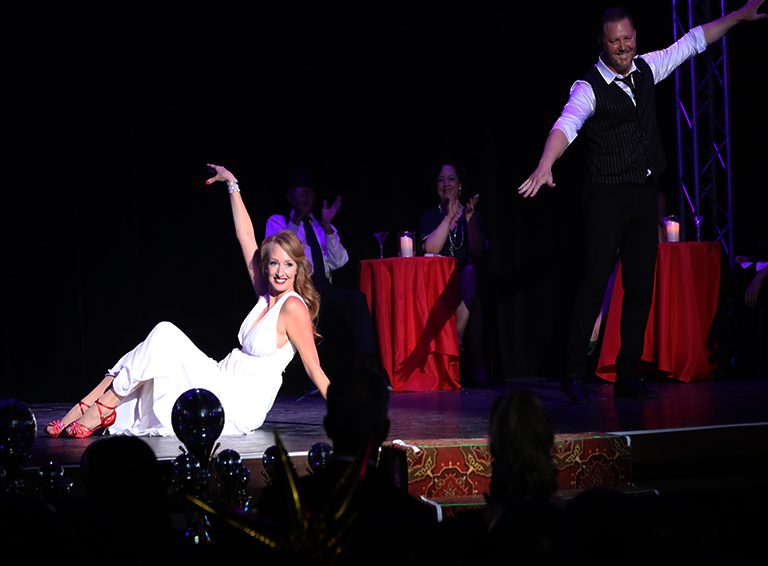 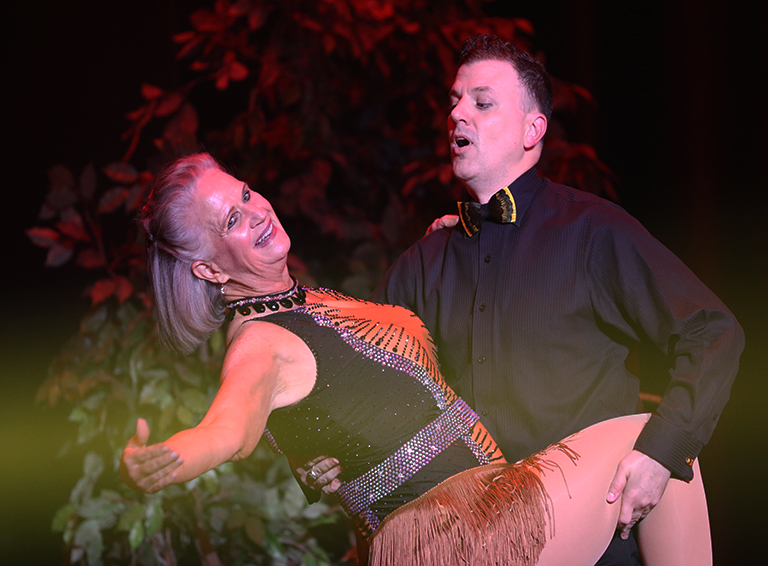