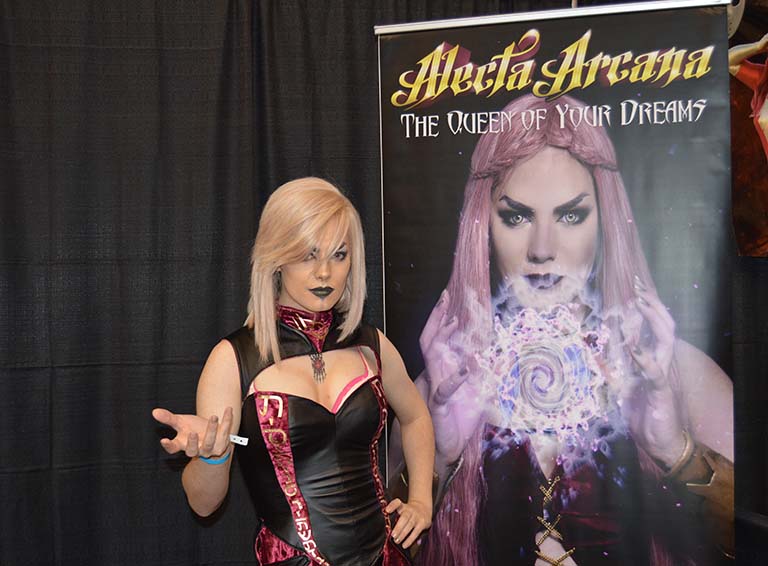 SAN ANGELO – At the second Annual Comic Con held over the weekend, sightings of cosplay characters ranging from Spiderman to Batman, Flash, to a new character--Alecta Arcana were all under the canopy of Foster Communications Coliseum.
Last year's CC was so successful that CC Event Director, Chris Slatosch, and his crew were back again for a three-day engagement, October 13-15. 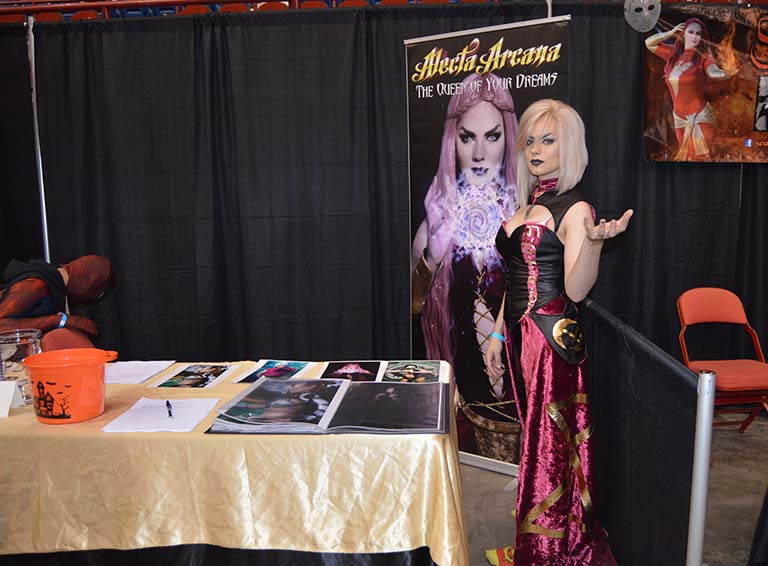 One new cosplay character at this year's CC event was Midland, Texas native, Alecta Arcana. Or as she is known also as "the Queen of your Dreams".
Alecta created her own character and costume two years ago.
"I'm portraying an original character, half-human queen, half-goddess of her own empire."

Arcana, whose daytime job is as a licensed cosmetologist, stated that as she continued fleshing out the story-line, she came up the idea for her "awesome outfits."
Arcana based her character on fantasy RPG archtypes. "I chose the madge," she said.

Alecta concluded, saying the costume she was wearing at the time of this interview, she came up with it a little more than a week ago.
The "Queen of your Dream," Alecta's next appearance will be in January 2018 as she travels just down the road, east to Abilene, Texas. 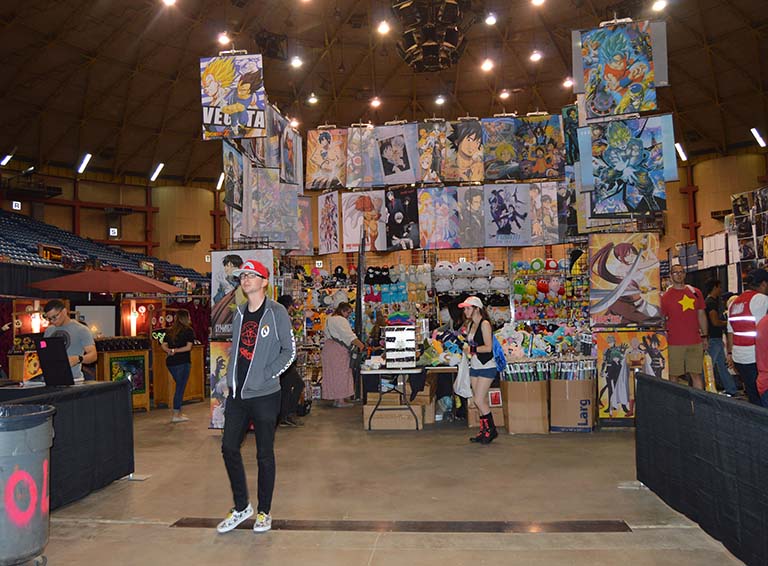 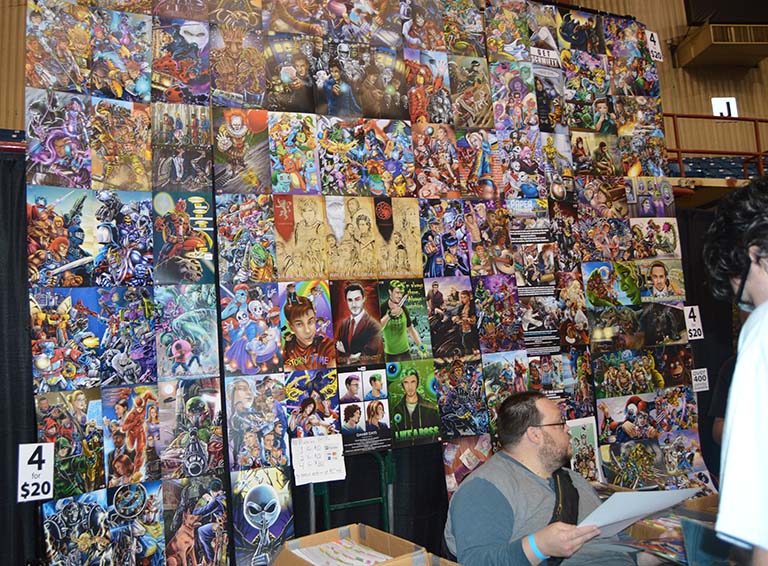 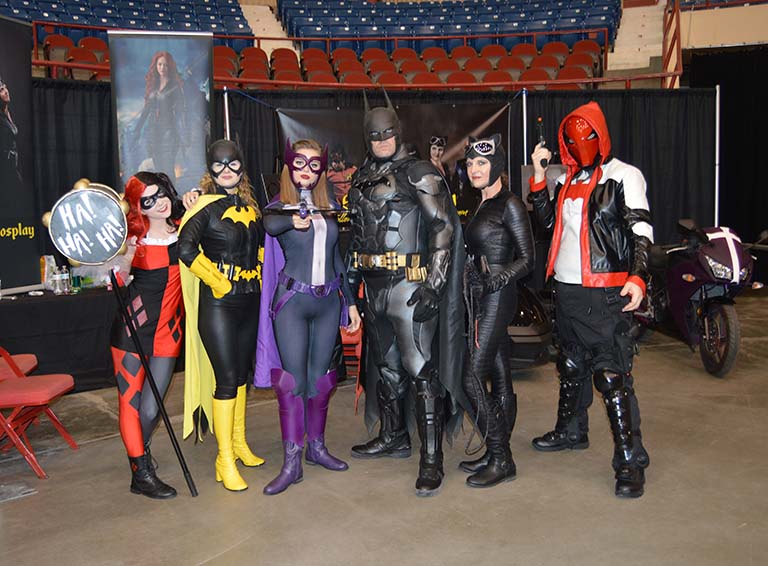 Among the 61 vendors which set up shop in the convention hall of the Coliseum, was a popular cosplay group from last year, led by Dan Smart and his cosplay cast of characters.
Smart, a.k.a  Batman, his wife Shawna who came dressed up as Catwoman were also accompanied by their fellow characters--Batgirl, Dead Pool, etc. 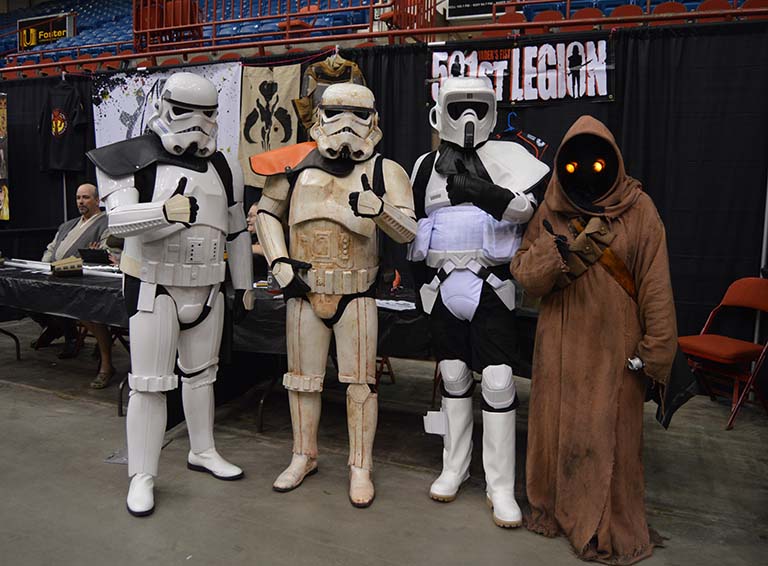 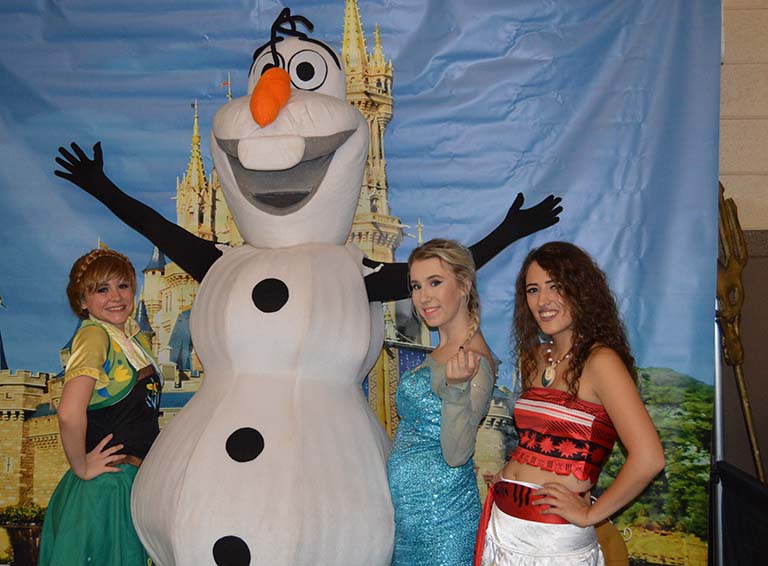 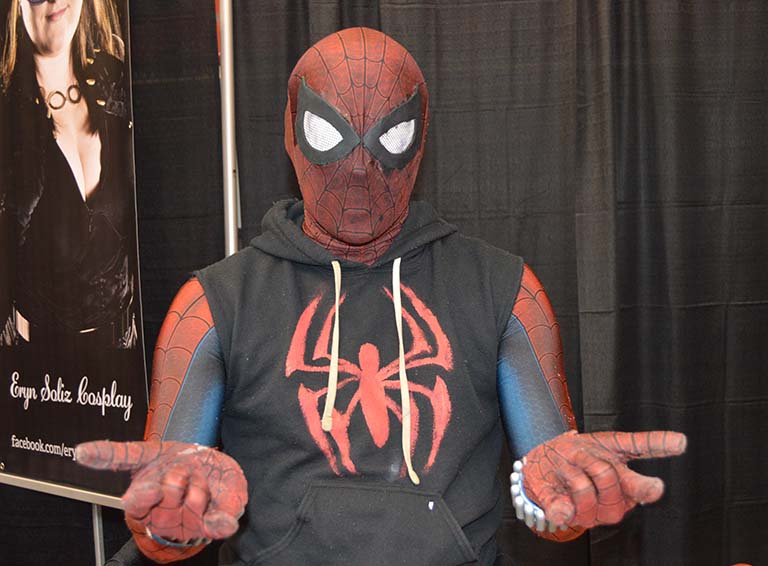 Underneath the "psychotic" Spiderman cosplay character outfit is Ray Arausa. 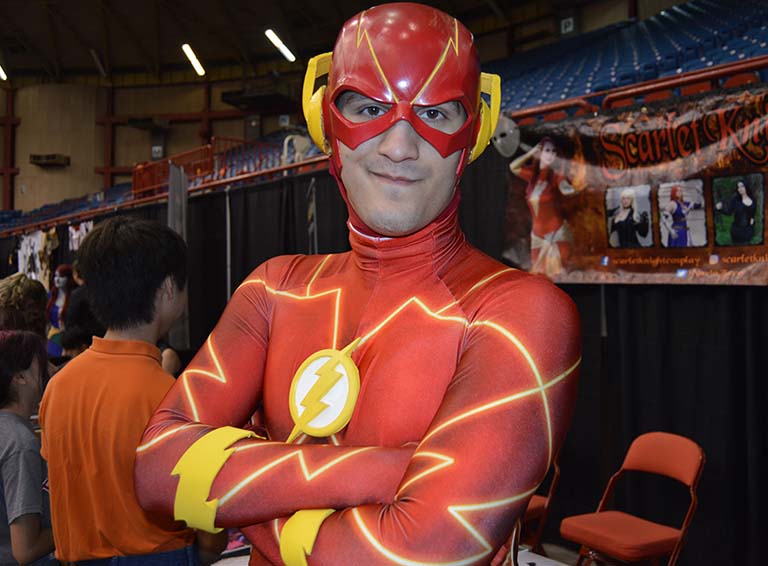 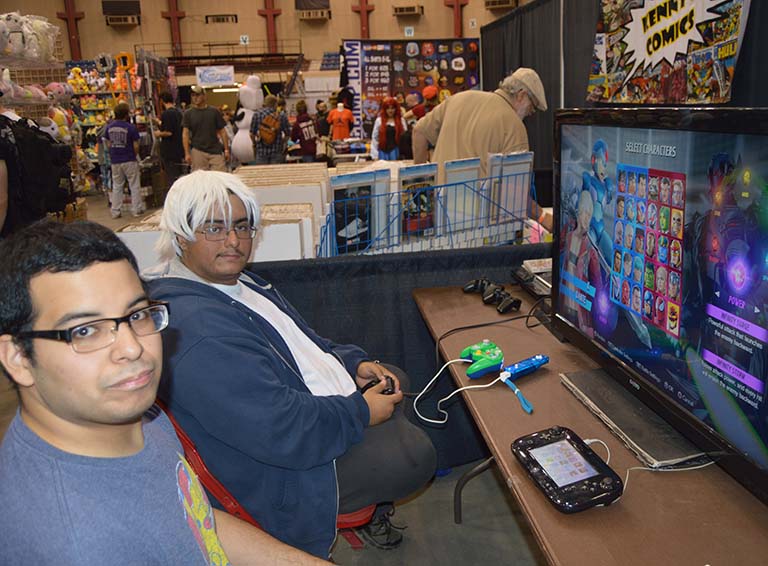