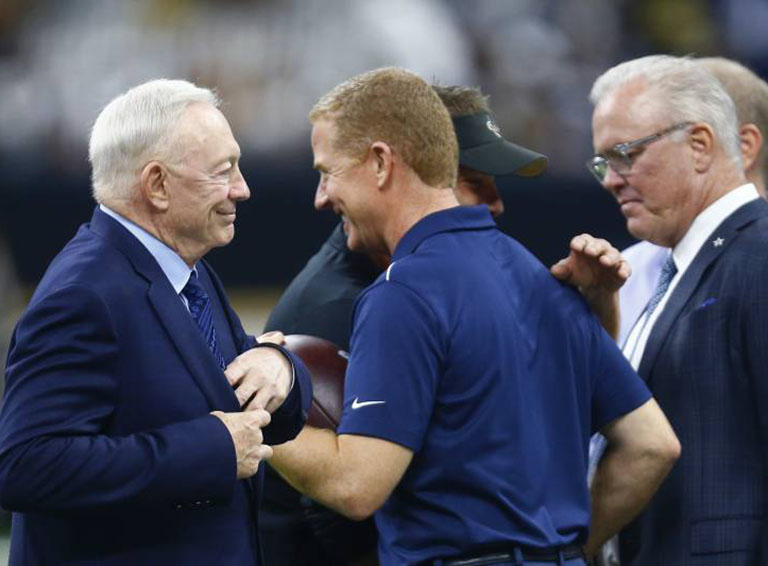 SAN ANGELO – The 2019 edition of the Dallas Cowboys football team, with the most talented roster in the NFL, was unequivocally the worst of all the teams in its storied, franchise history, period!
Everyone, from sports fans to professional sports reporters, including former NFL Cowboy quarterback and Hall of Famer, Troy Aikman, etc. weighed in with their personal or professional opinion on what went wrong with the Cowboys’ season.  Let me set up my Op-ed piece with two quotes that places the blame at the feet of those involved: its owner/ GM, Jerry Jones, the “star” players, includes special teams and kicker. And the head coach, Jason Garrett. All three had a direct hand in the demise and disaster of a season that had Super Bowl LIV aspirations but instead went south-of-the-border.

“The buck stops here,” Harry S. Truman, the 33rd President of the United States (1945-1953). “You are what your record says you are,” Bill Parcells, former head coach of the Dallas Cowboys (2003-2006), former coach of the New York Giants and a two-time Super Bowl winner.  “How about them [8-8] Cowboys!” Jimmy Johnson, former head coach of the ‘Boys (1989-1993) who won two Super Bowls and is now an analyst for FOX NFL Sunday on FOX network. As for that last quote, I was being facetious in taking it out of context. Johnson did not say 8-8. I exaggerated it to make the point on just how “gorilla ugly” it got in Jerry’s World. 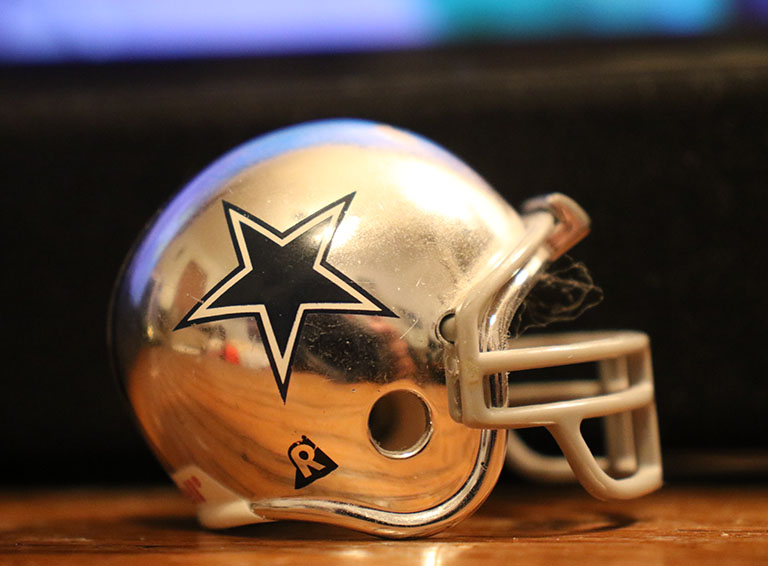 With regards to Prescott, although he threw for 4,902 passing yards, when the lights shined brightest, he couldn’t deliver against five winning teams—Packers, Vikings, Patriots, Bills and Bears. As for Elliott, who got a massive contract extension, six-year, $90 million dollars, the Pokes’ “bell cow” really didn’t deliver when it counted. And, Lawrence, the newly minted $105 million-dollar man, he dropped off the map when it came time to produce sacks, 5, compared to 2018 when he got 10.5. These “star studded” players and the team failed to win when games were left hanging in the balance.

After a 3-0 unbeaten record, Dallas went on a three-game losing streak that started with the New Orleans game on the road. There was no reason for the ‘Boys to lose, 10-12. With Drew Brees out, Dallas faced a backup quarterback in Teddy Bridgewater.  A week later in the Dallas vs Green Bay game, the losing skid continued as the team got behind to Aaron Rogers’ Green Packers 31-10 into the third quarter. The third consecutive game was another loss, 24-22 to the lowly New York Jets, really? The Jets entered the game at 0-4; there is no way Dallas should have lost!

Two other games the ‘Boys should have won were both at home, AT & T Stadium. The first one was against the Minnesota Vikings, 28-24. The second one was the Thanksgiving game loss to the Buffalo Bills, 26-15. Add up those three games [Jets, Vikings, Bills] in the win column and the Cowboys record should have been 11-5, good enough to win the NFC east division and host a playoff game.

As for kicker, Brett Maher, let’s just look at two of his game results. If Maher had connected on a field goal in the Jets game Dallas would have won, 25-24. In a home game at AT&T Stadium against Minnesota, Maher missed a 57-yarder with 12:04 left in the first quarter. After Brett missed a 42-yarder against the Chicago Bears, which by the way was his 10th missed field goal of the season, he was shortly thereafter cut, though it was too late. [sidebar note before moving on to owner involved in Cowboys' imploding season] Interestingly the week before, Garrett decided to have kicker tryouts, but owner/GM Jones nixed that idea. Jones undermined Garrett’s authority. 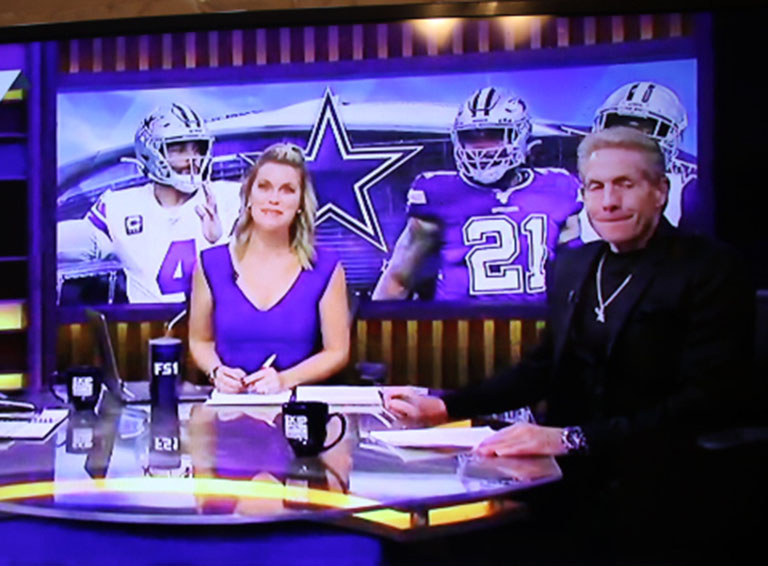 There are those who would argue that first year, offensive coordinator, Kellen Moore calling the plays, made the Cowboys offense the NO. 1 ranked explosive unit in the NFL, averaging over 431.5 yards a game. Add in the individual fantasy scoring stats for offensive “stars.” Elliott gained 1,357 yards; receivers Michael Gallup and Amari Cooper, both went over the 1,000 yards in receiving--1,189 for Gallup, 1,107 by Cooper. And all that is true and Moore should be given a lot of the credit for that. However, my counterpoint is the team still lost eight games. The bottom line is when the Cowboys offense didn’t outscore its opponent, yards/ stats didn’t translate to wins. Last time I checked it was whichever team had the most points on the scoreboard was the winner.

As for the second party involved in the Cowboys' 8-8 record, it was Garrett. When Jason began his start as HC of the Pokes, the first three seasons he produced 500 ball [three 8-8 seasons] with a chance to win the last game of the 2011 season against the New York Giants to win the NFC east division. It was Giants 31, Cowboys 14. In 2012, Garrett’s team has a chance to win the division, again the last game of the season. This time Dallas loses to the Washington Redskins, 28-18 to finish 8-8. For the third consecutive season, Dallas loses the final game to the Philadelphia Eagles, 24-22 to finish 8-8. Basically Jones hired Garrett [got OTJ, on-the-job-experience] in coaching a professional football team further put the organization and a team at a disadvantage; meaning no prior NFL experience as a head coach. BTW, Garrett finished last season like his first three, 8-8.

That leads me to my third and final actor in this drama in Dallas--the owner, Jones. The Cowboys didn’t succeed in getting past the first round of the NFL playoffs, not just because of Garrett who couldn't get the most out of a talented roster which had six pro bowl players. But it also goes back to Jones who enabled his coach to skate by for so long with only three NFC East titles, three postseason appearances and two playoff wins in 10 seasons to show for it. How did that work out for you Mr. Jones? That’s not what a proud and rich Cowboys franchise is measured by. The ultimate summit to reach is a Super Bowl win with a trophy.

The blame should entirely be shouldered by Jones. Former, Cowboy quarterback, and Hall of Famer, Troy Aikman, strongly came out and criticized Jerry, saying the Cowboys’ problems are because of Jones. “Everything starts at the top,” said Aikman, FOX’ s NFL lead analyst.
… just because he’s been real stubborn and steadfast in that he’s the one in charge. I think in a lot of ways, until that changes, this team’s going to have some problems.”

Here’s the real kicker and closing comments on this Op-ed. Jones had an opportunity to hire the greatest coach ever, Bill “Do your job!” Belichek. After Jones and Johnson parted ways, Jerry once stated any one of 500 coaches could have won those three Super Bowls with the Cowboys that Jimmy had coached. Well let’s just count the ways, uh coaches who succeeded after Jimmy hoisted the Lombardi trophy, twice. There was Barry Switzer, former Oklahoma Sooner coach, who succeeded in winning a third SB title [with Jimmy’s team.] Then there was Chan Gailey (18-14), Dave Campo (15-33), Bill Parcells (34-30), Wade Phillips (34-22) and Garrett’s 10 seasons record (85-67, 2-3 in postseason.) A coaching carousel of five coaches went through Dallas and all there was to show for that was only two playoff wins. So, Jerry, was sadly and badly mistaken. And you know why? Because his greatest strength lies in business dealings, marketing, etc. not being GM. Jones ego which is “bigger-than-Texas” always managed to get in the way. Jerry says he will do whatever it takes to win another SB championship, but what the owner/GM needs to do is get out of the kitchen [meaning out of coaching the team from the sidelines, the press box or in the media.]

You can fire the coaches and cut players. But in the end the common denominator for the past 24 years of a once “storied, franchise” empire and the blame lies at the feet of is Jerry’s “World” Jones. “The buck [really] stops here” with him.