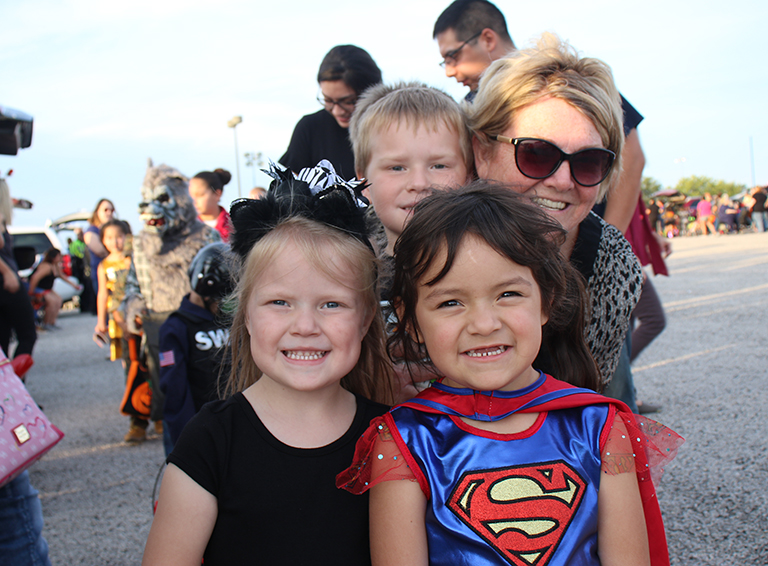 Photos/ story courtesy of and by permission from Conexión San Ángelo 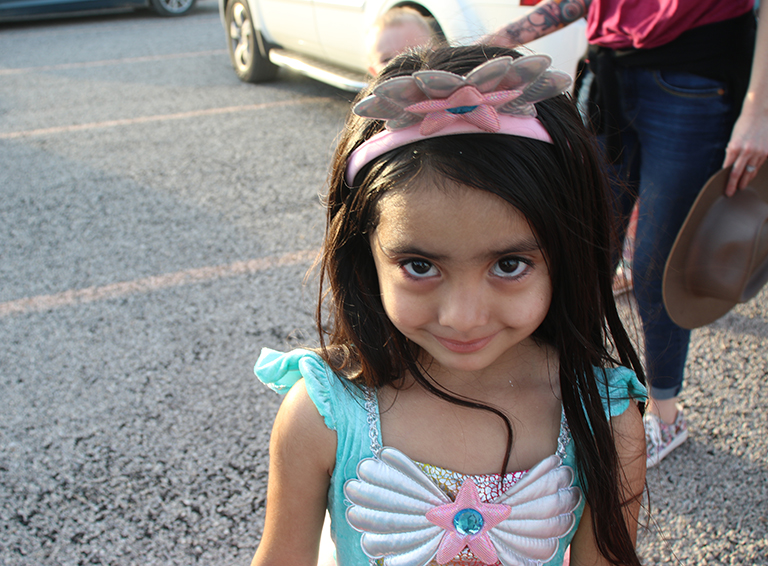 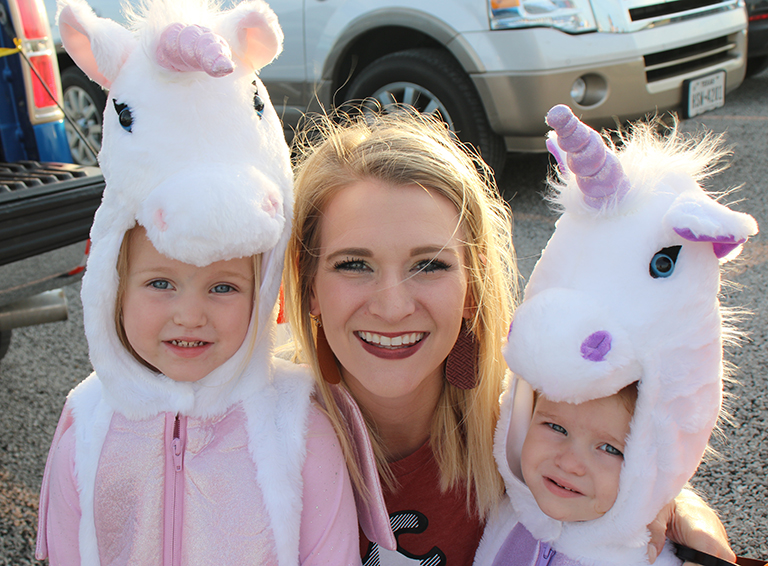 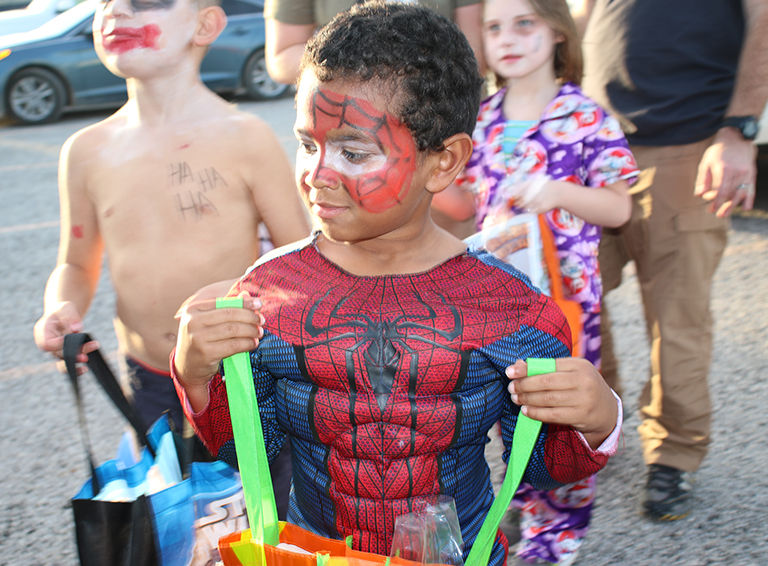 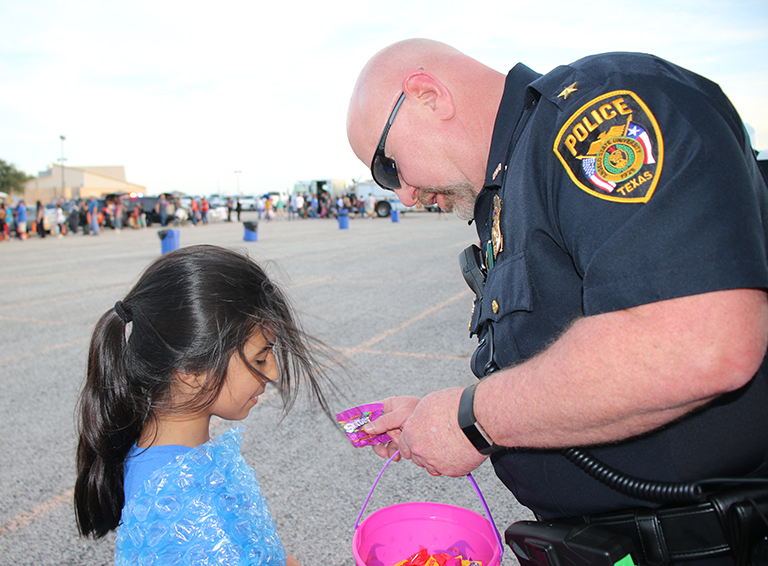 OBS partnered with Angelo State University Police Department to network with other law enforcement, fire department, emergency medical services and military 1st Responders to handle a huge crowd that was three times bigger than last year’s according to Blue Shield local chapter, coordinator, Pam Robinson.
Angelo State University Police Chief, James Adams, and his six police officers were on the hand once again for the Treats & Games. “As you can see this is an even bigger turnout than last year.” “It shows you how fortunate we are as law enforcement, [firefighters, EMS, military] and 1st Responders are to have the kind of support that we have in our community,” said Chief Adams. The Chief also said it was a great way to interact with a community that it serves. “We sincerely appreciate Operation Blue Shield in what they do,” Chief Adams concluded. 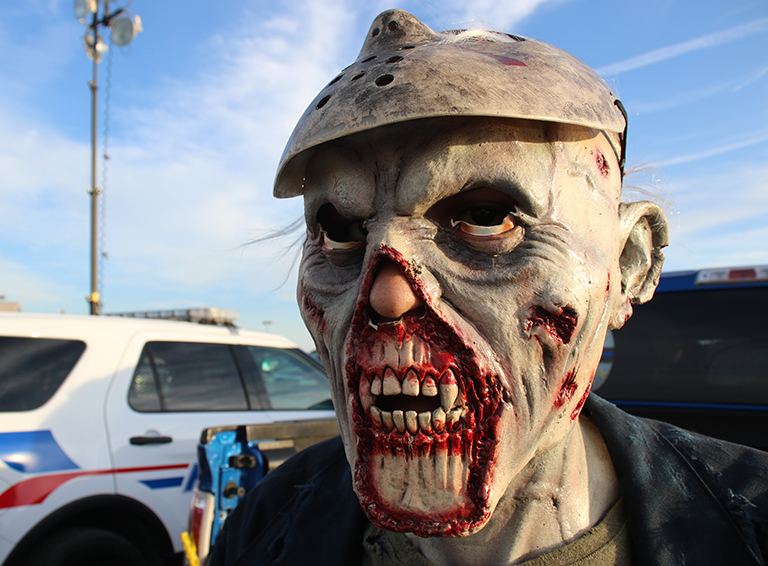 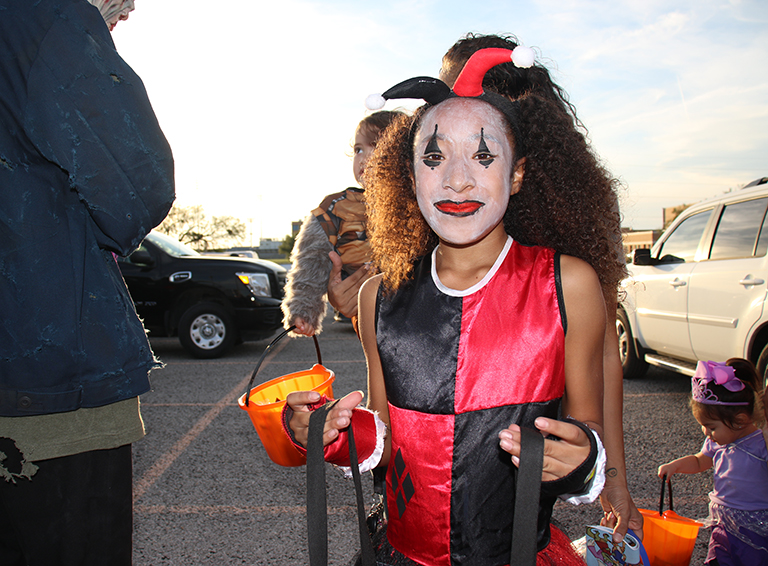 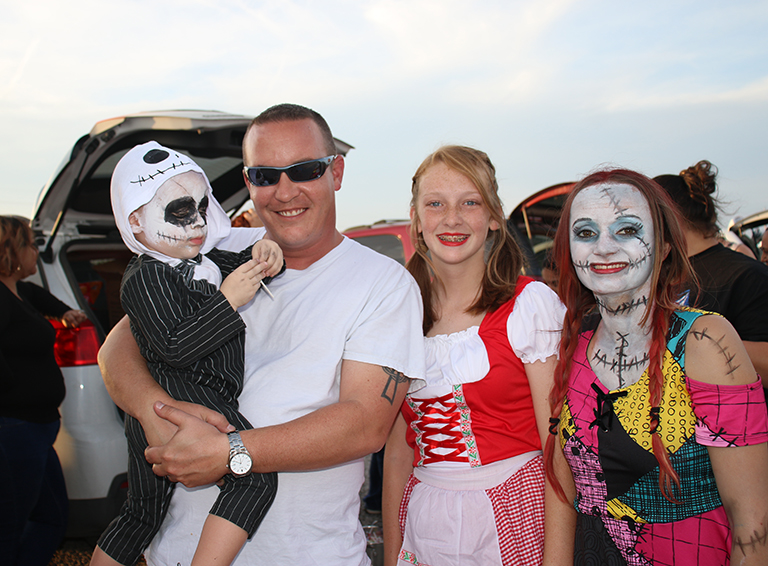 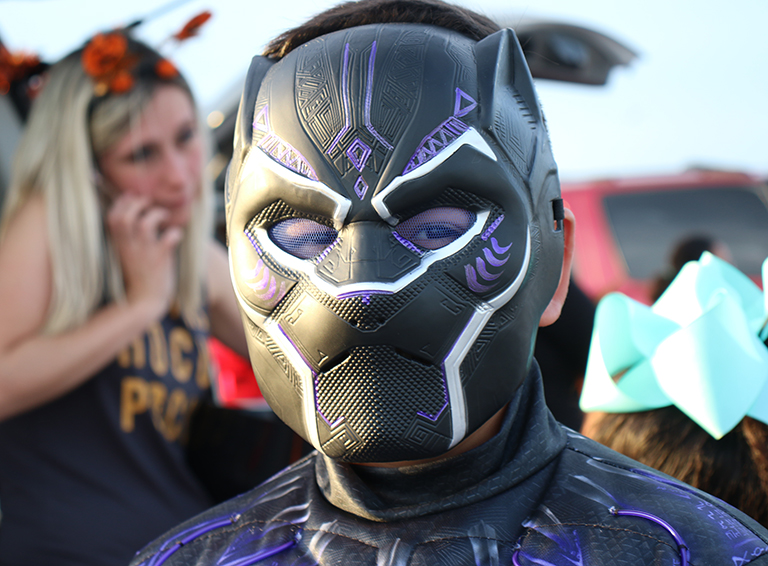 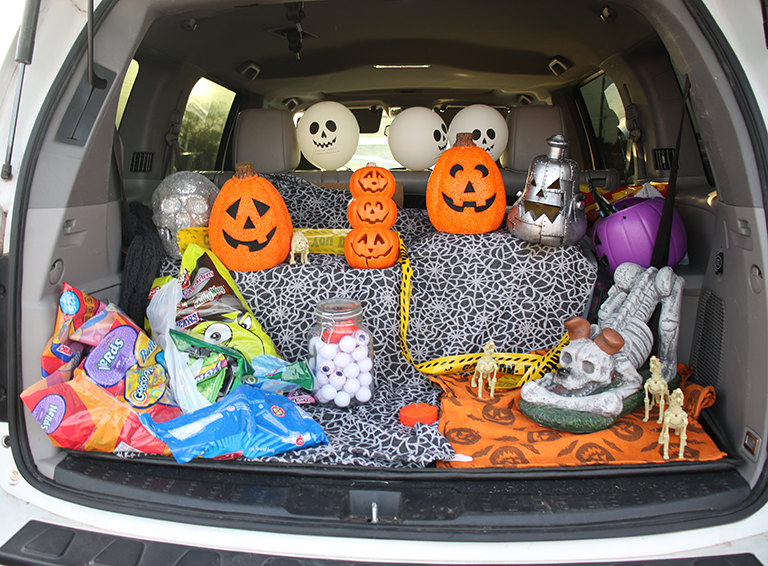