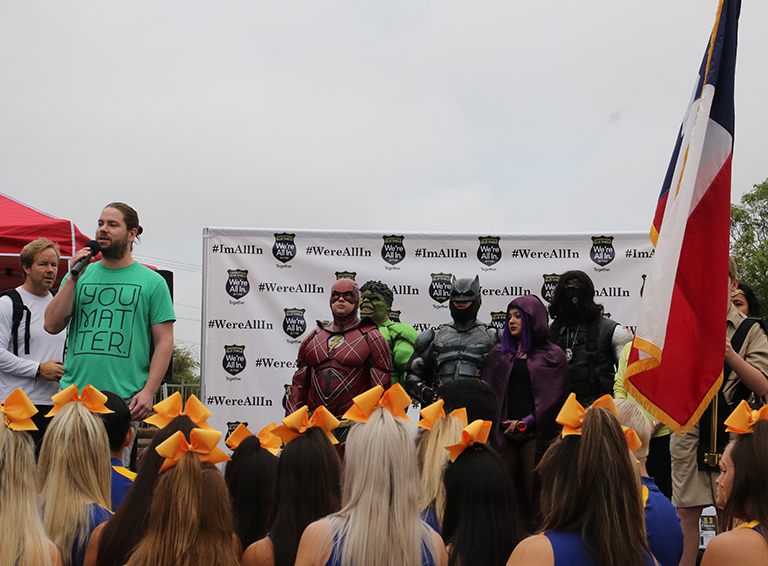 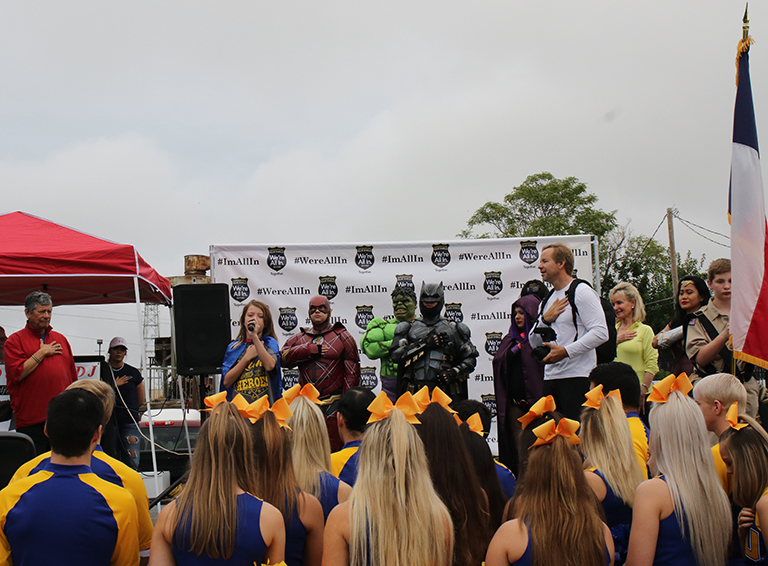 Pam Robinson, local OBS coordinator, and her assistants: Shane Carter and Melissa Flores had many volunteers who came forward to help them put this successful family event on for the very first time in San Angelo. 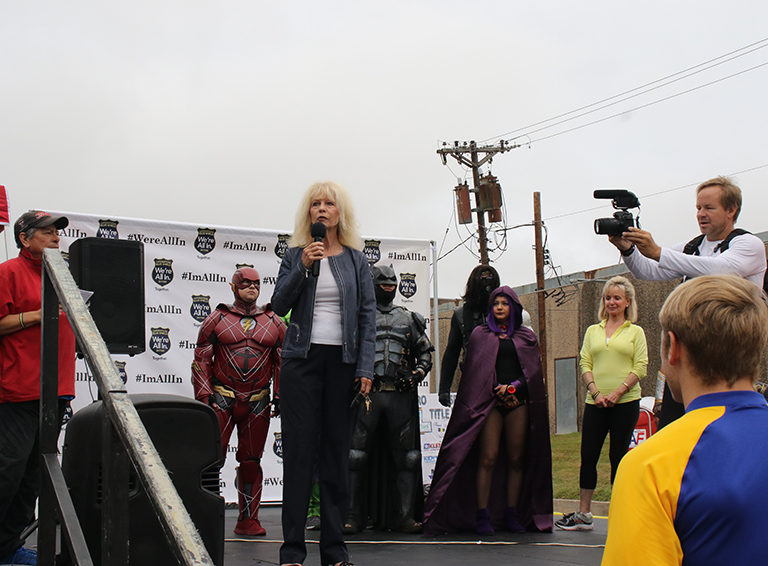 "Thank you for supporting our 1st Responders because they are the key to the quality of life that we have here in San Angelo," said Mayor Gunter. 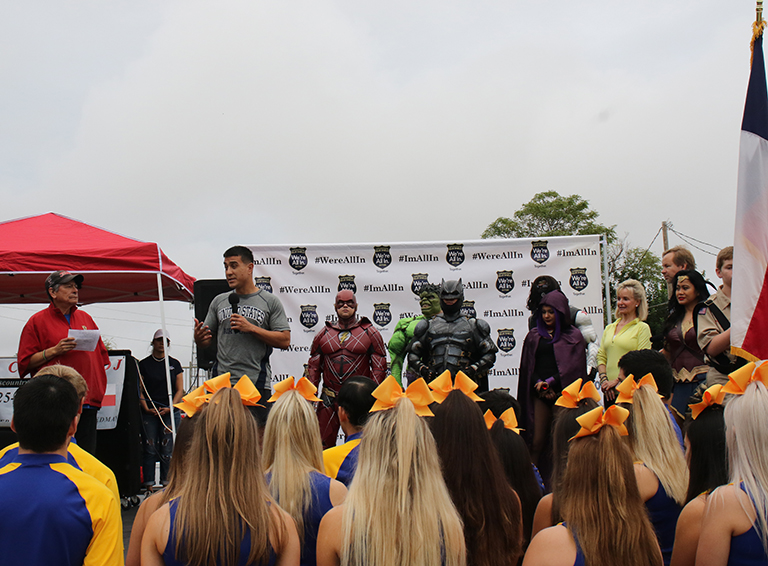 Goodfellow Air Force Base 17th Wing Commander, Colonel Ricky Mills then followed Gunter. "From the military aspect we view 1st Responders in the same way we view military service members." "It's a great noble, patriotic people who serve for something greater than themselves." 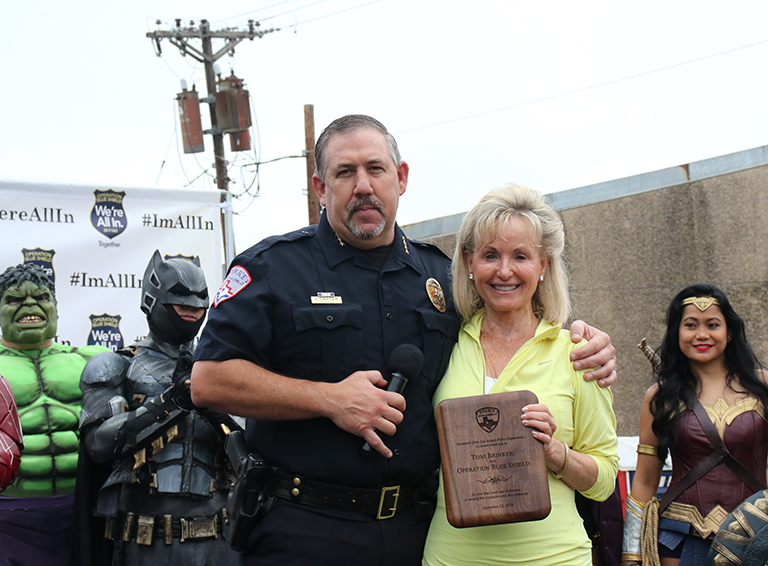 "Today is not about the fastest runner, the longest runner, the slowest walker, or the shortest walker, it's all about Unity," That's what are doing here doing, said Chief Carter who then presented Brinker with a plaque. 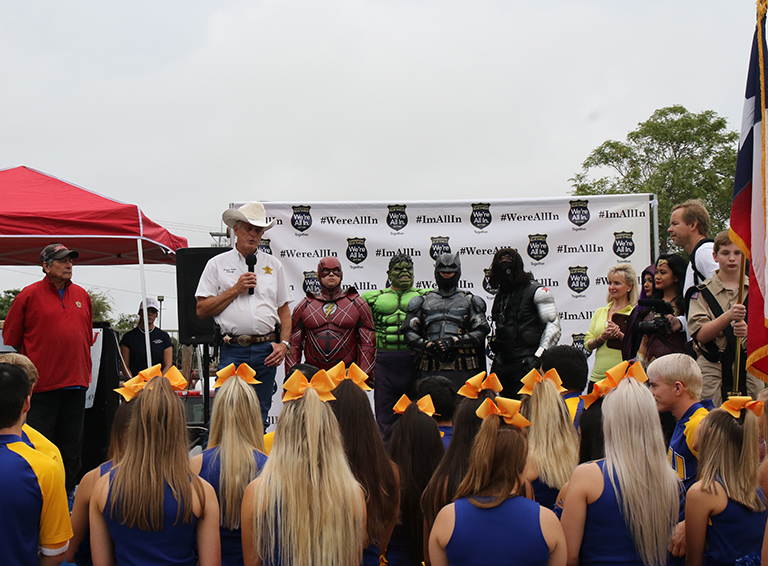 "I want thank all of you [the community] who support us each and every day as you are very important because we can't do our jobs without you," TGC Sheriff, David Jones said. 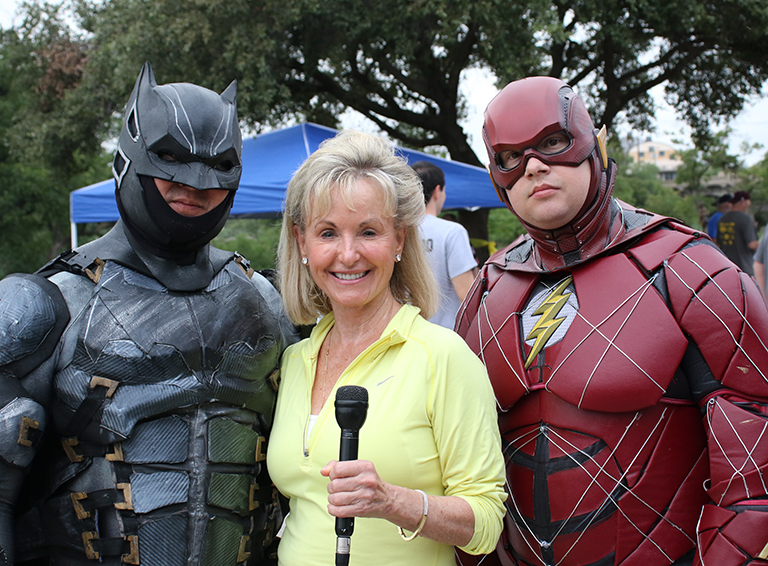 "We want to bring 1st Responders and the community together," said OBS CEO, Toni Brinker.
Miss Brinker introduced some real superheroes: Heroes Cops and Kids, partners of OBS, comprised of former and current police officers who travel all over the country to bring a great message of Unity and let people know what America is all about. 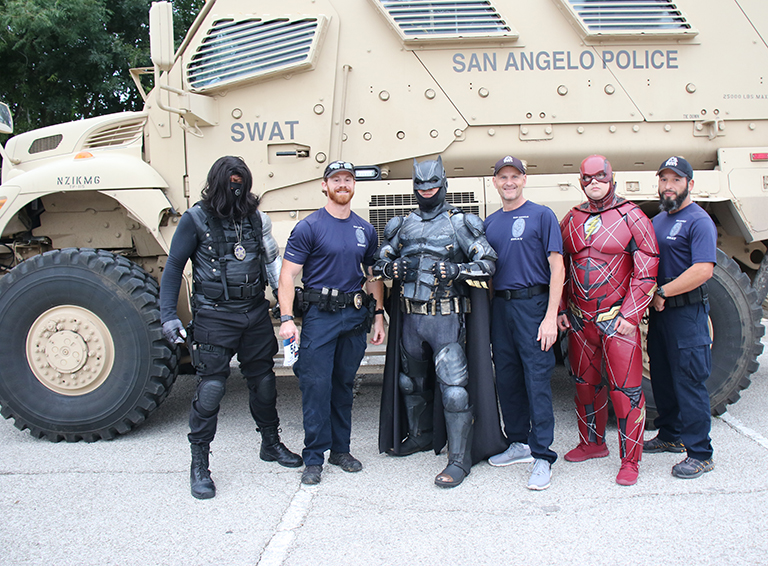 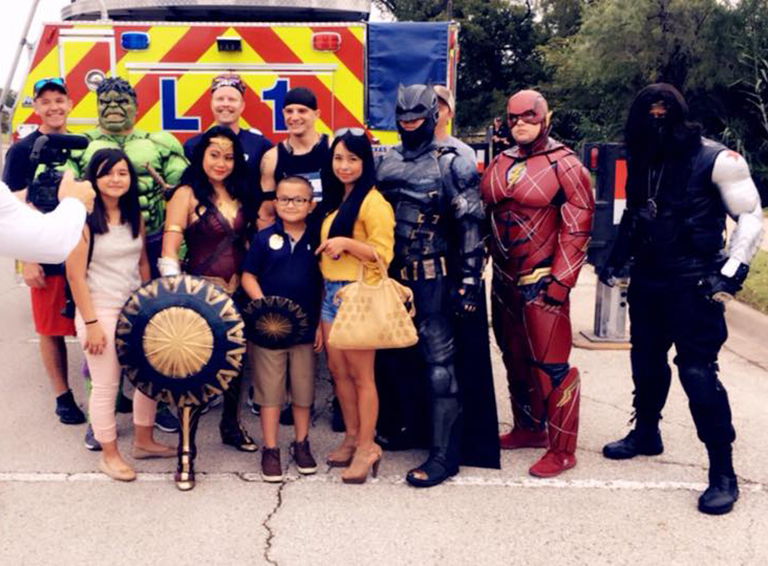 Alex Hernandez and her children: Daniel & Myah came all the way from Del Rio to see Operation Blue Shield's "Run with the Heroes" 5K/1 mile family event.
Alex is coming on board as she is "All In" on establishing a local OBS chapter in Del Rio and possibly later on in San Antonio, Texas. 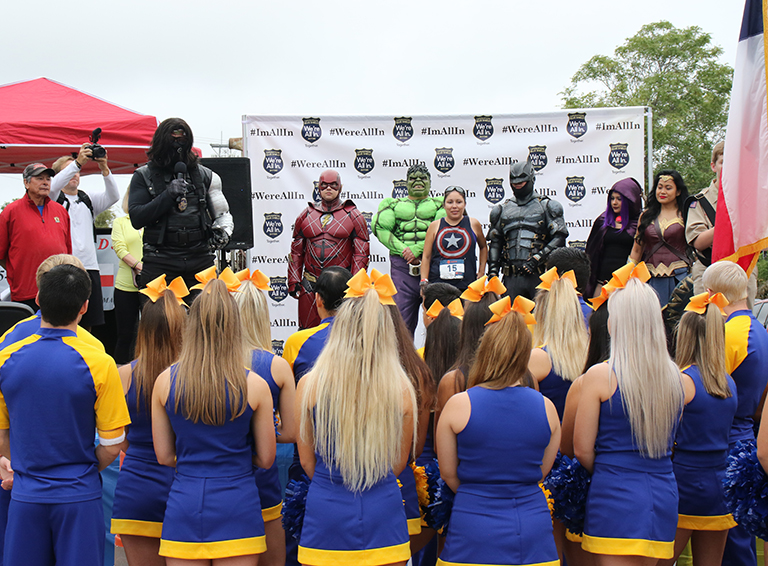 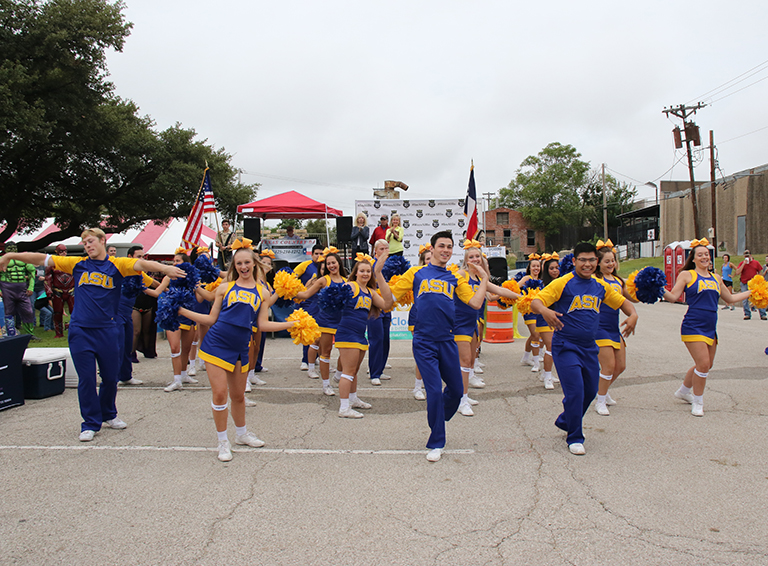 Prior to the start of the 5K/ 1mile family fun race, the 2018 National Champion ASU cheer squad performed a dance routine to the 1982 Michael Jackson hit--"Thriller".
One of the ASU cheer squad members located far left in front is Camille Cardwell. Camille is an incoming freshman whose major is psychology. 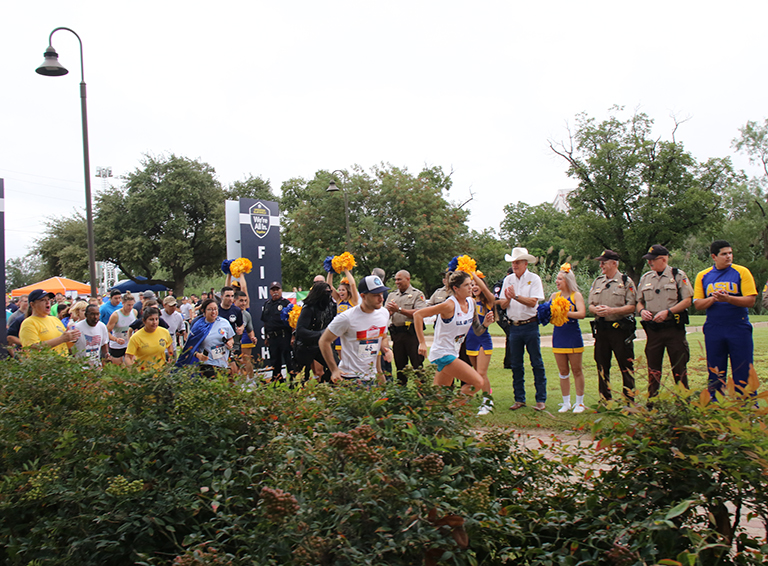 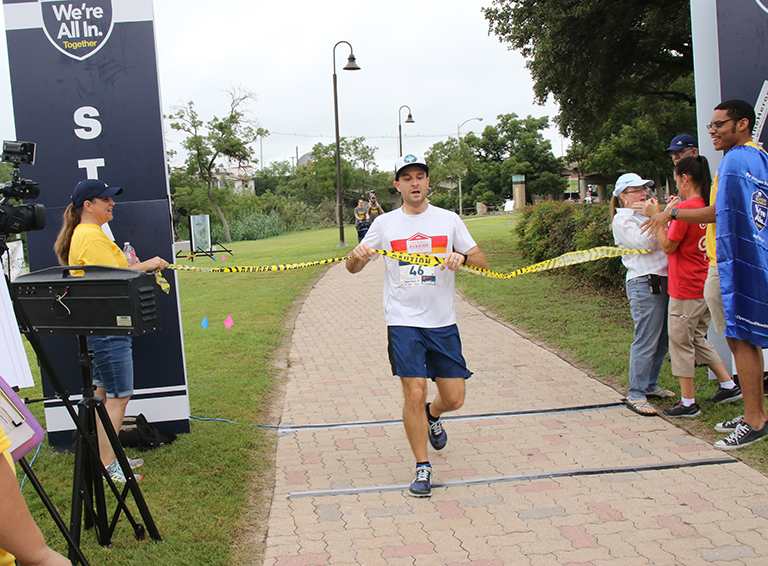 First place winner in the men's 5K was Stephen Shields. 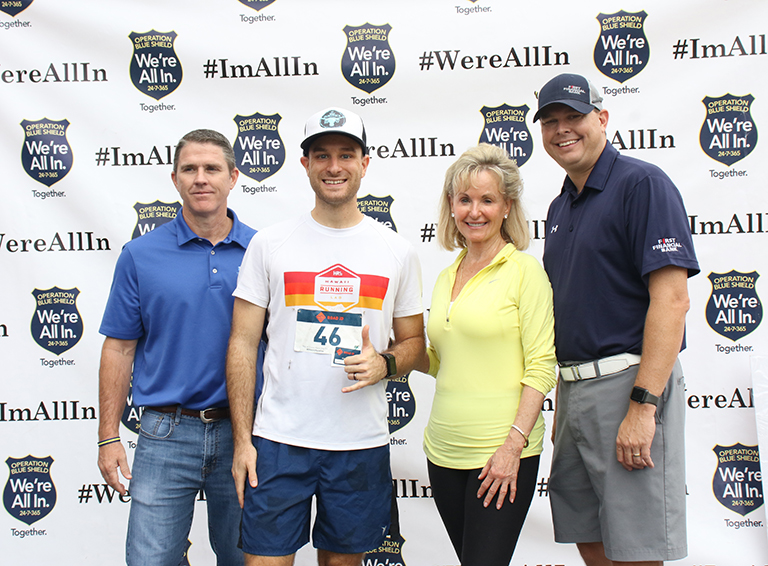 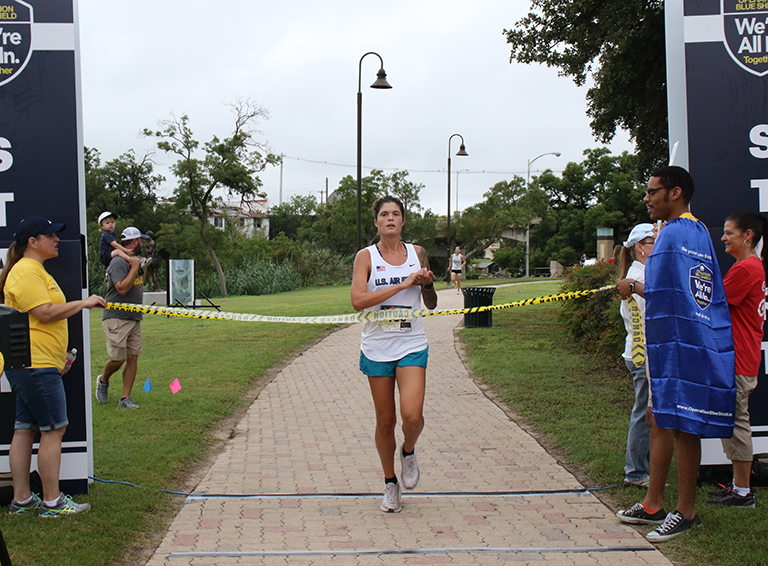 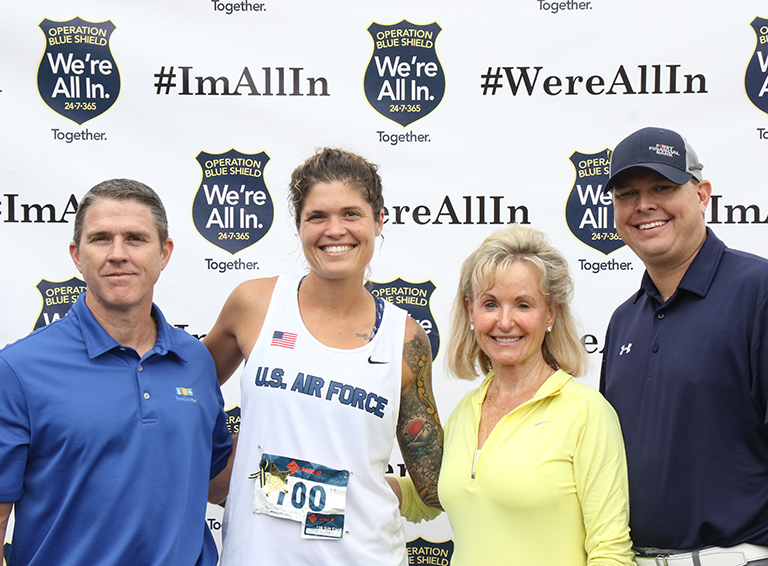 As for the race, two individuals among the plethora of participants to place in their respective 5K competition were: Stephen Shields for the men with a time of 18:36 seconds; on the women's side the first place winner was GFAB Lt., Katherine Ward. 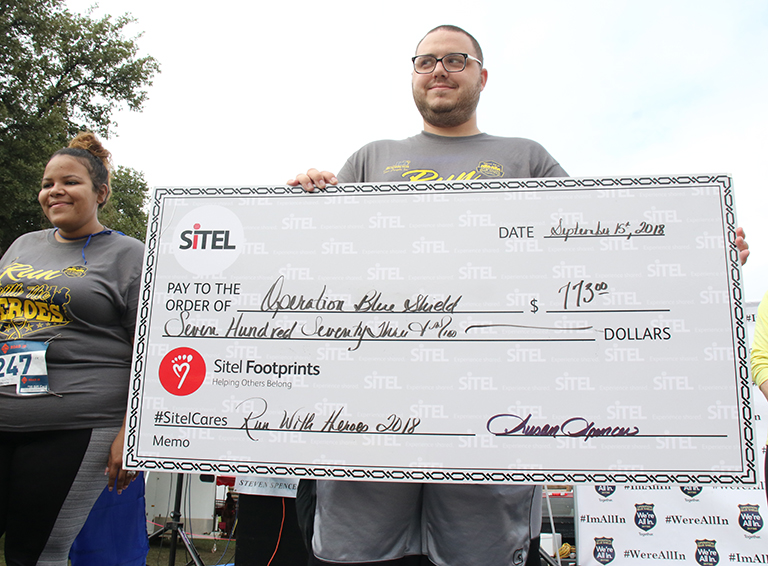 And finally, one business, SITEL, presented a check in the amount of $773 to Miss Brinker.