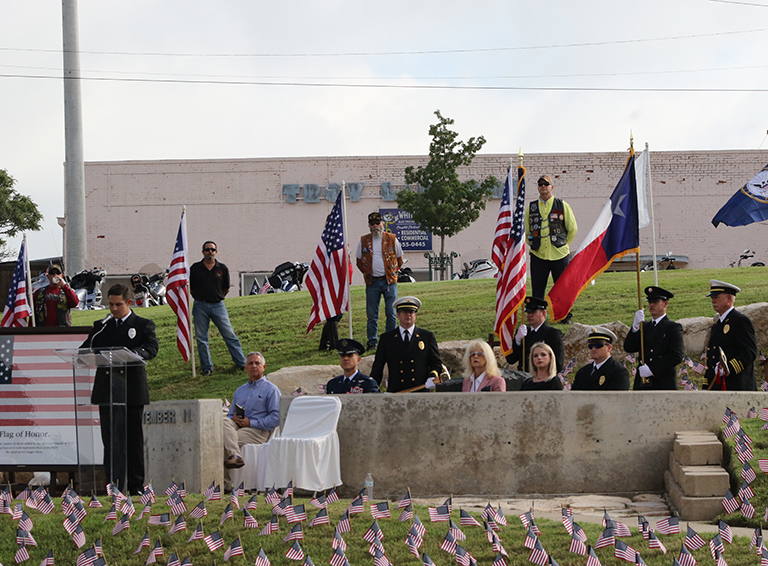 SAN ANGELO – On the anniversary date of 9/11, Tuesday morning at three locations: New York City, The Pentagon and Flight 93 National Memorial, memorial services were held to honor and pay tribute to the 2, 977 heroic lives which were lost when hijacked jets slammed into the twin towers of the World Trade Center, the Pentagon and a field near Shanksville, Pennsylvania on Sept. 11, 2001. 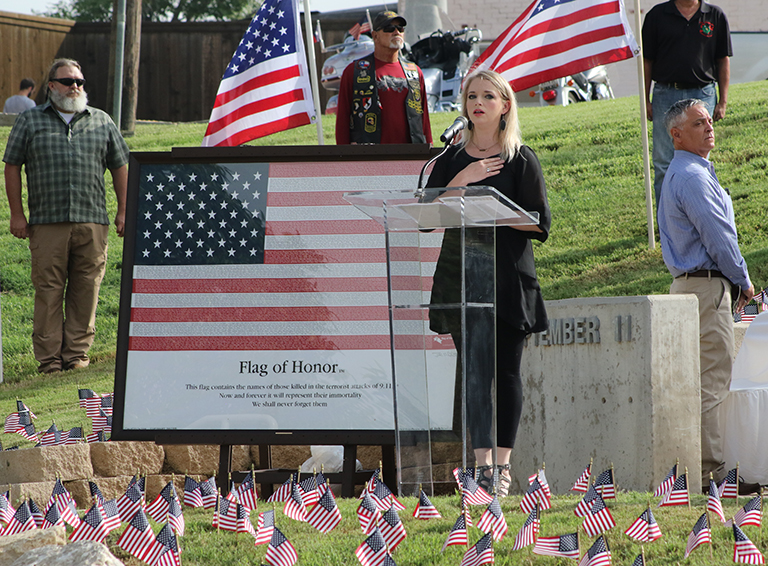 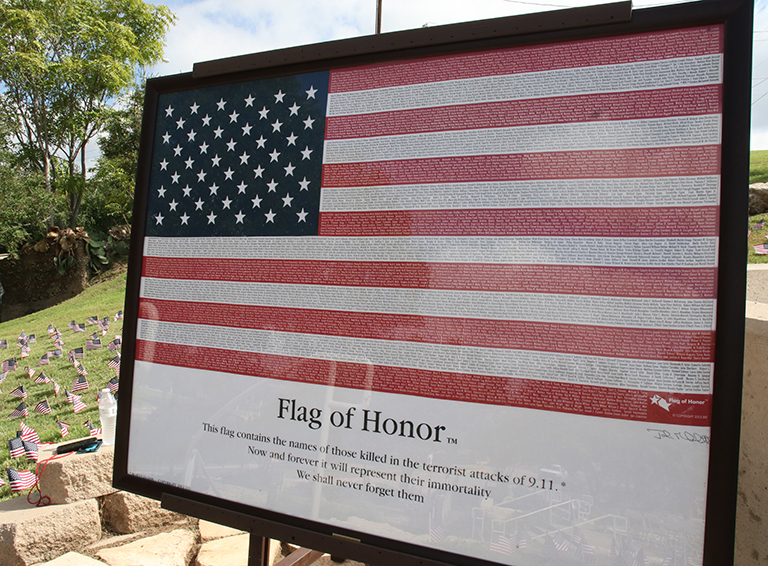 Locally in San Angelo, the 17th anniversary of 9/11 was held at 10 a.m. near the Celebration Bridge by the Concho River as many came to pay their respects and tribute to the 2,977 who lost their lives on September 11, 2001.
The master of ceremonies was San Angelo Firefighter, Mason Matthews. 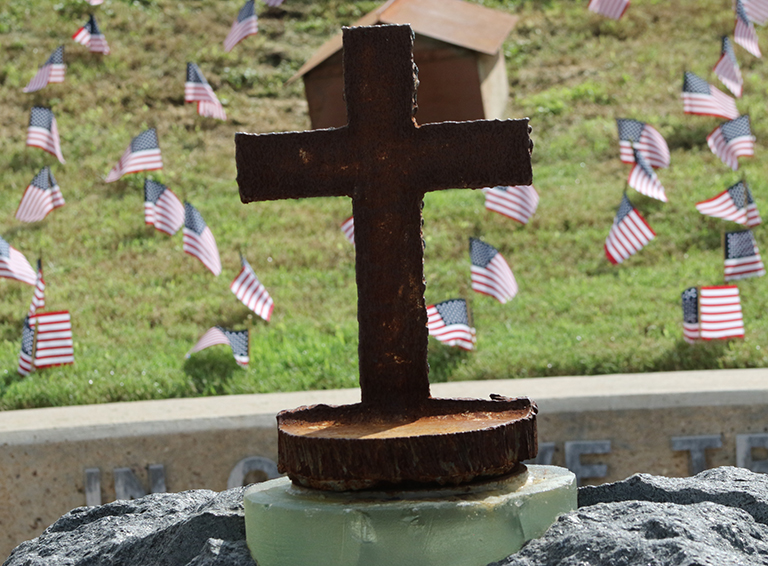 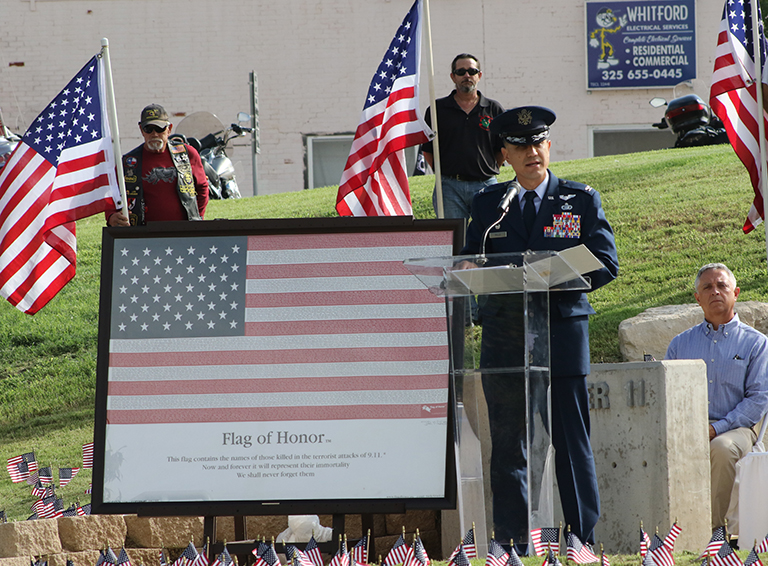 Keynote speaker, Goodfellow Air Force Base, Colonel, Ricky Mills spoke first. “We honor the heroes of 9/11 for showing our nation that we can emerge from a tragedy stronger than we were before.” 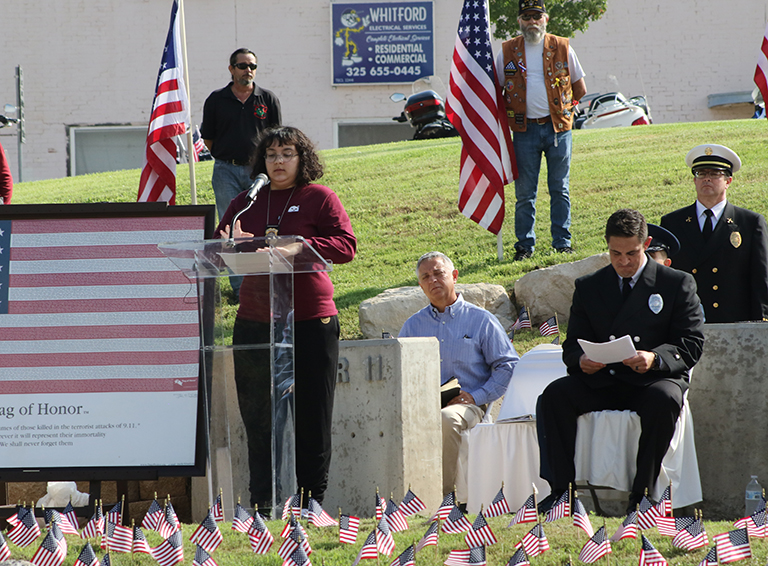 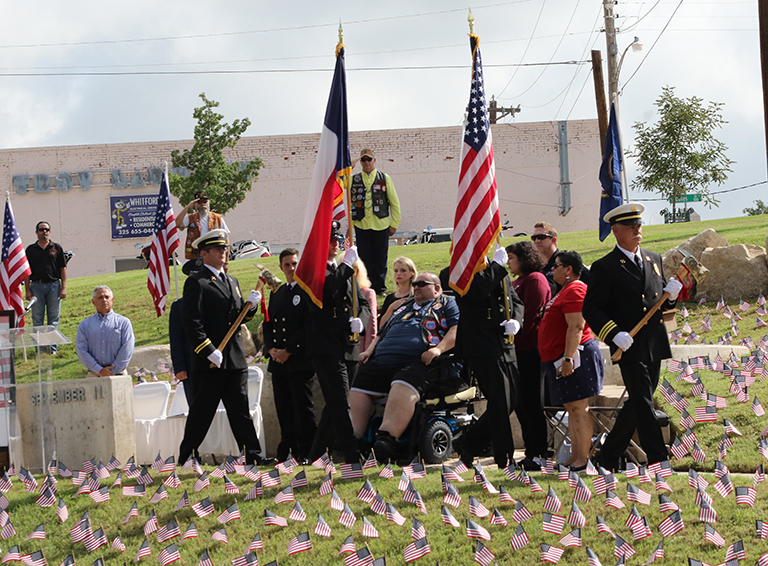 Col. Mills was followed by 9/11 1st Responder Rosey Velez' daughter, Mira, as she read an eloquent speech that was written by her Dad, retired, Critical Response Medical Services Chief, Rosendo "Rosey" Velez.
"It takes a special person to step up and say to their community or to their nation that they are willing to lay down their life on the line to protect the weak, to embrace the injured and to heal the sick," "Rosey" Velez 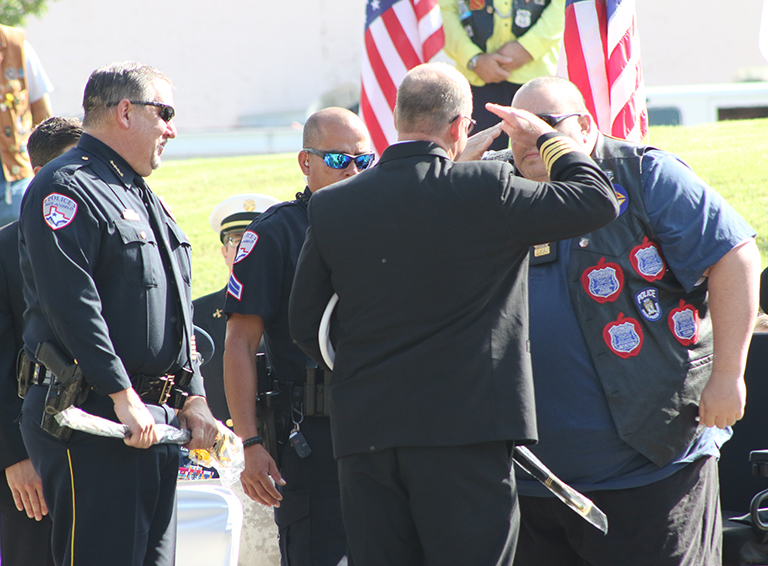