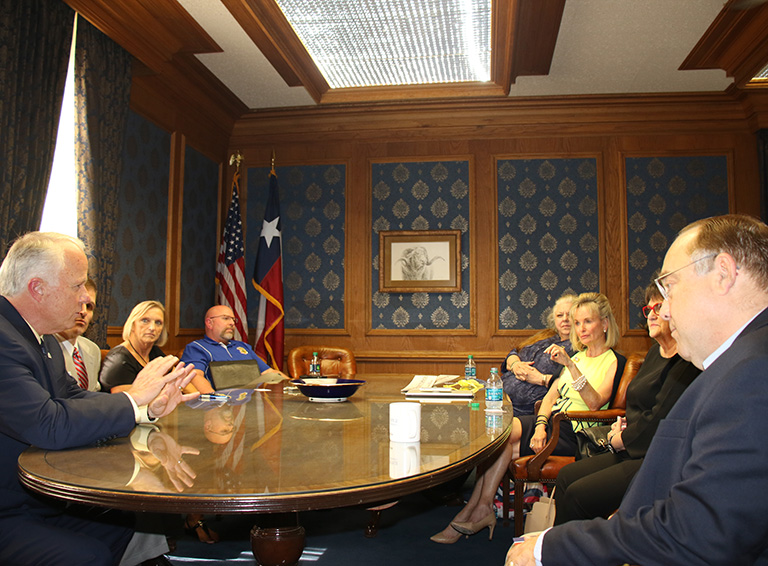 SAN ANGELO – Phase I of “Run with the Heroes” occurred earlier this month when Miss Toni Brinker, Operation Blue Shield founder/ CEO was in San Angelo to speak with key dignitaries on being “All In,” collaborating with the nonprofit organization to honor 1st responders. The “Run with the Heroes” is a 5K/ One Mile Family run that will take place on Saturday, September 15, 2018 to kick-off River Fest 2018.

Miss Brinker and OBS partner, Debbie Saviano Women's Leadership Live co-founder, were back again in San Angelo this past Thursday, August 23 as they completed phase II of a busy itinerary schedule that included stops with key officials, ranging from an executive director, a bank chairman, a fire chief, colonel in the armed services to a school superintendent and college president. 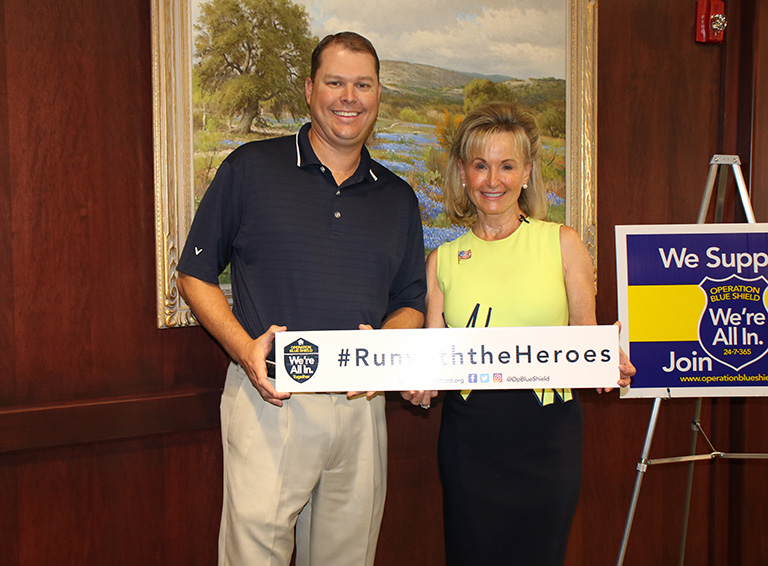 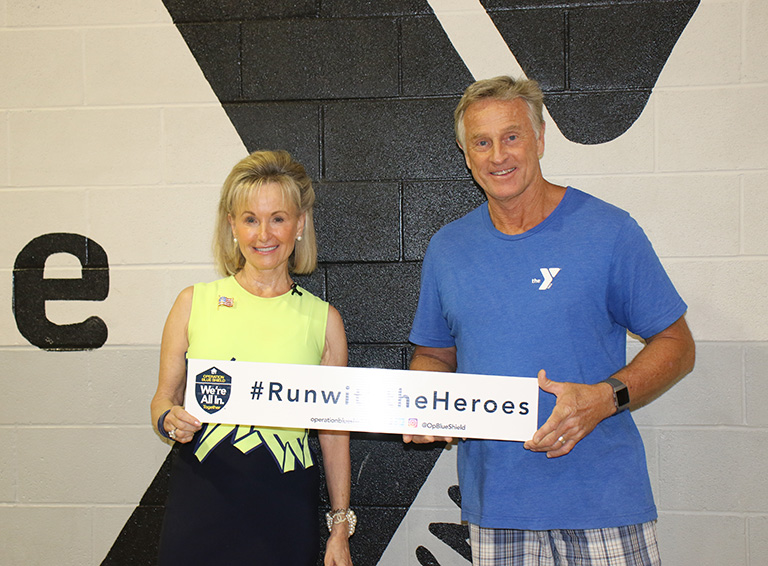 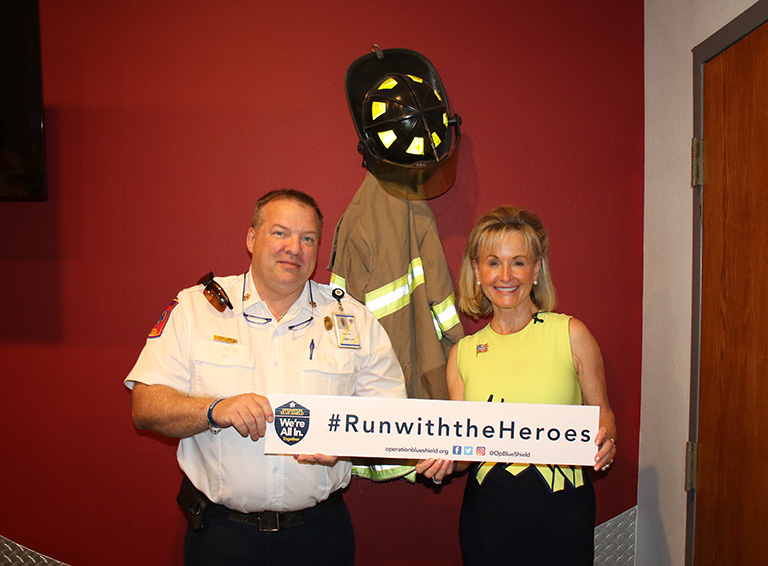 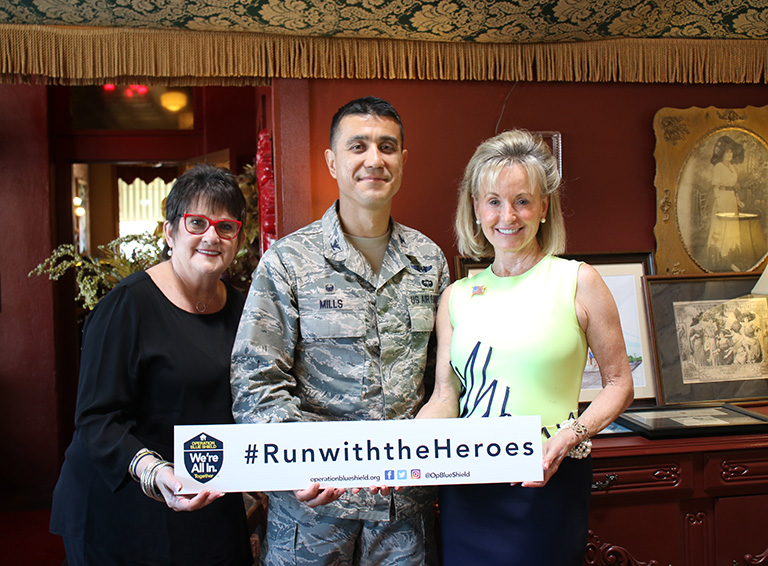 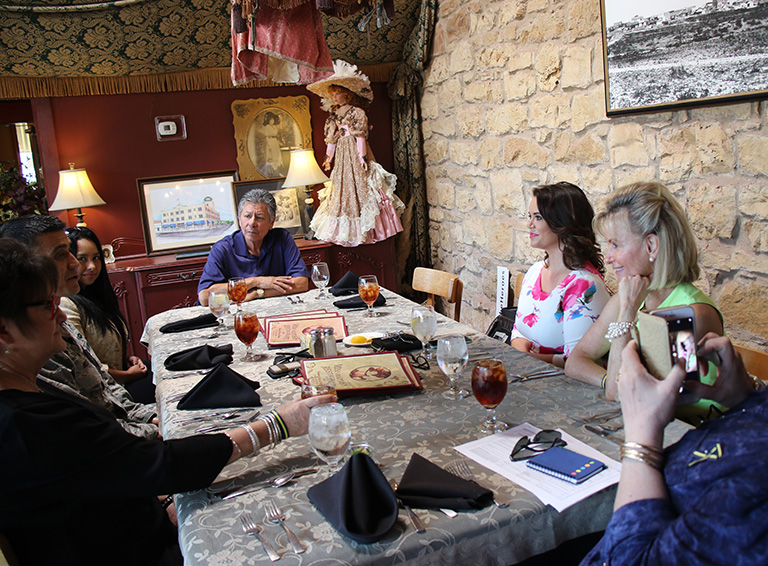 Also at this noon meeting was Miss Alex Hernandez of Del Rio, Texas. Hernandez, a veteran who served in the Army from 2001 to 2011 (deployed to Iraq and Bosnia) met with Miss Brinker as she is interested in starting a local chapter in the San Antonio area. Alex is seated on the far left at the end of the table. Next to Alex is Mr. Del V. Velasquez, Downtown San Angelo Inc., Executive Director and his assistant, Holly Rose. 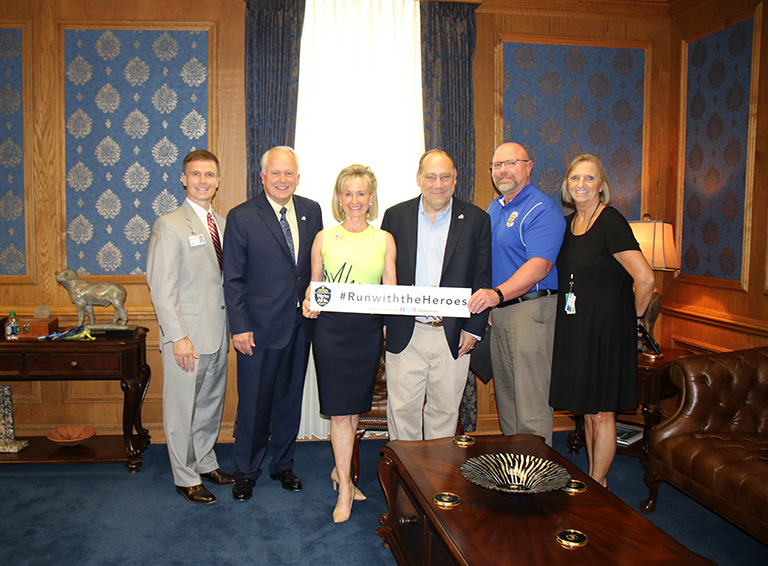 The long day was capped off successfully when Brinker met with Angelo State University President, Dr Brian May, San Angelo Independent School District Superintendent, Dr. Carl Dethloff and his Deputy Superintendent of Administrative Service, Shelly Hullihen; Also, in attendance was James Adams, ASU Director of Public Safety/Chief of Police. All these five officials who represented their respective entities, opted “All In” to participate in OBS’s event.

The “Run with the Heroes” race will start at 9 a.m. at Bart DeWitt Park in the parking lots at West Concho Avenue and Magdalen Street. The awards ceremony follows at 10:15 a.m.
Pre-registration is available at www.raceroster.com. The cost is $10 for youth and seniors, and $20 for adults. On race day, packet pickup and late registration will be from 7:30 a.m.-8:30 a.m. at 141 W. Concho Ave.
The race will be preceded by an opening ceremony at 8:30 a.m.