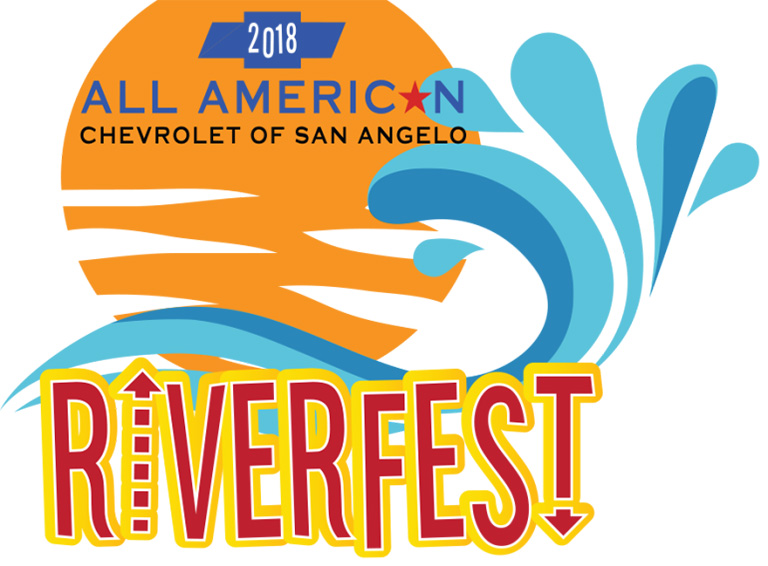 SAN ANGELO – The Josh Abbott Band, one of Texas country music’s most popular acts, headlines the All-American Chevrolet 2018 River Fest, which returns to the banks of the Concho River Sept. 14-15. Abbott formed his band in 2006 while a student at Texas Tech University. The band recorded its debut album, “Scapegoat,” in 2008.

This year’s event features two concerts, a competitive washer-pitching tournament and a teeming kids court (many River Fest activities as free).
Tickets to the Josh Abbott concert on Saturday, Sept. 15, at the RiverStage are on sale only at roadhousetickets.com. All tickets are general admission and cost $20. VIP packages, which include access to a backstage VIP tent, are available for $60 each. Gates to the RiverStage will open at 6 p.m. The music will start at 7 p.m. with opening acts Granger Smith featuring Earl Dibbles Jr. There will be no refunds or exchanges of tickets.

Tickets to the Friday night concert cost $13 and are on sale now at stubwire.com. They can also be purchased at Blair’s Western Wear at 4230 Sherwood Way, Fernandez Restaurant at 817 N. Chadbourne St., and Lone Wolf Pub at 115 Paint Rock Road.
Children 12 and younger will be admitted free with an adult to both the Friday and Saturday night concerts (free admittance for children does not apply to the VIP area).
Also Friday and Saturday nights, the Southside Lions Club will host its annual Fiestas Patrias celebrating Mexican independence at El Paseo de Santa Angela, 20 E. Avenue D. The celebration, including food, music and dancing, begins each evening at 6:30 p.m. and will continue until midnight.

A new addition to this year’s River Fest is the “Run with Heroes” Operation Blue Shield Superhero 5K and Family Mile. Pre-registration is available at raceroster.com. The cost is $10 for youth and seniors, and $20 for adults. On race day, packet pickup and late registration will be from 7:30 a.m.-8:30 a.m. at 141 W. Concho Ave. The race will be preceded by an opening ceremony at 8:30 a.m. The race will start at 9 a.m. at Bart DeWitt Park in the parking lots at West Concho Avenue and Magdalen Street. The awards ceremony will be at 10:15 a.m.

FMI and a complete guide on the two-day weekend River Fest lineup, go to: http://www.cosatx.us/departments-services/parks-recreation/river-fest