Cynthia celebrates "fun to hang out with", 7th birthday 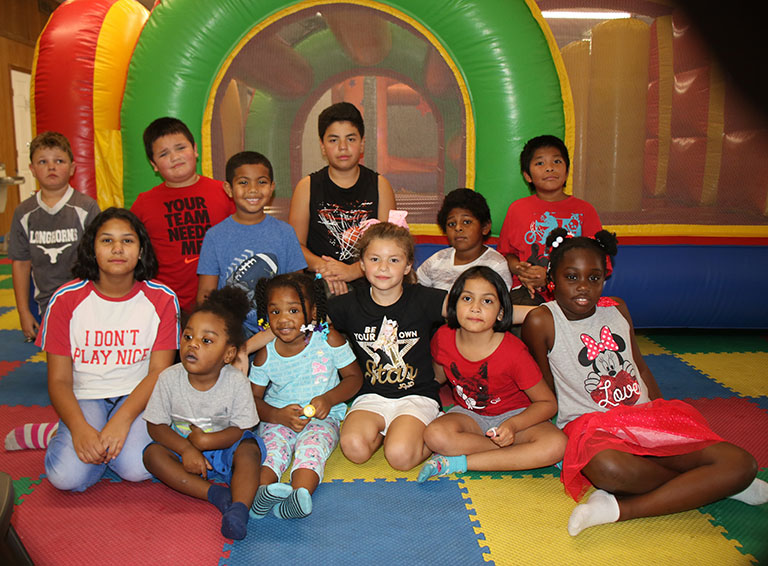 SAN ANGELO – On one of Cynthia Espinosa’s birthday cards there were six traits that described her personality, perfectly: “awesome, adventurous, one of a kind, fun to hang out with, super smart, talented and best of all . . . you’re seven!”

All these positive traits in Cynthia’s life were certainly on display Saturday afternoon, August 4 as cousin, Joe Angel, brother, Timothy and friends from Bradford Elementary School came to her birthday party which was held from 4 p.m. to 6 p.m. at High Jumpin Party & Fun Rental Shop, 2502 N. Chadbourne. 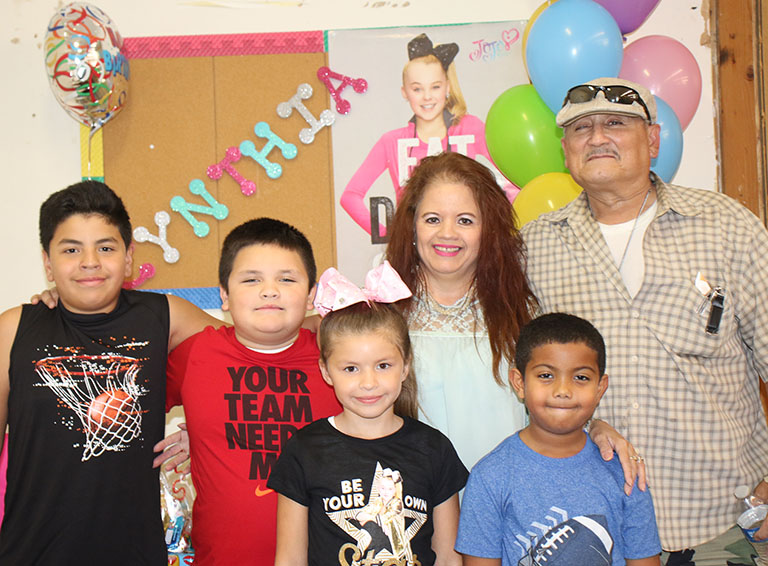 Cynthia’s grandparents: Margie and Larry Garcia were the hosts who served Little Caesar’s hamburger and pepperoni pizza.
After the kids bounced off the walls or rather on inflatable houses, they all gathered to eat pizza and watch Cynthia open up her birthday presents: sunshades, Melissa and Doug’s Ballerina Pattern Reveal Pad and a Jo Jo Siwa purse. Siwa, a 15-year-old singer is Cynthia’s favorite singer to watch. 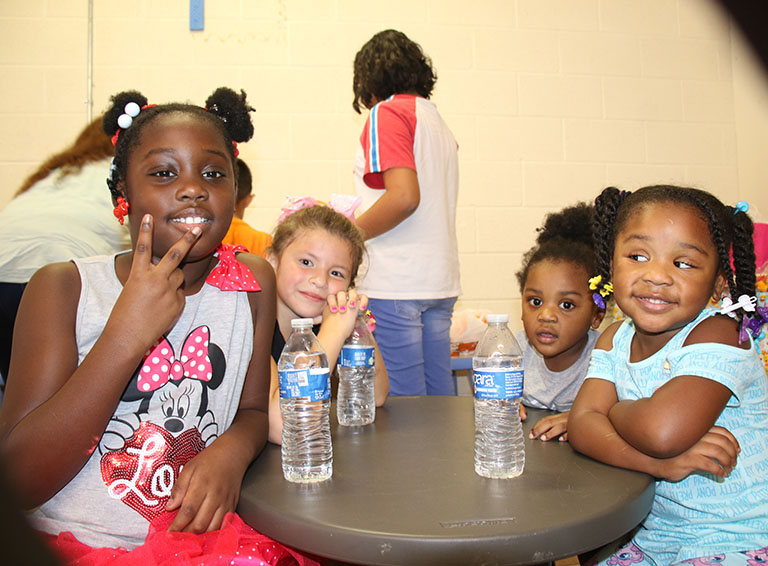 Margie told Flaco Guapo in an interview that the day before, her granddaughter had seen the purse at Target and wanted one. So, as she has been taught to pray about something, Margie said Cynthia asked God to give her the desire of her heart.
Interestingly the way the purse made its way into Cynthia’s hands was that the person who went to Target asked one of their store personnel, Hailey, to assist him in finding it. Rather than pointing the person in the direction of where the purse might be, she went and helped him find it within minutes. Cynthia didn’t know it but a human guardian angel, named Hailey from Target, helped fulfilled her prayer request.