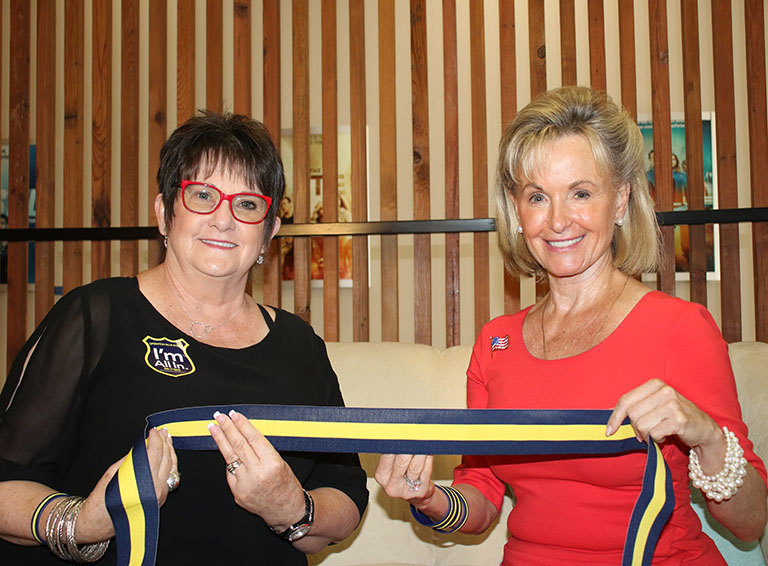 Brinker and Saviano, in an interview with KIDY Fox’ reporter, Senora Scott, give details on this exciting family event where Kids of all ages are encouraged to come out and run side by side with First Responders, in their favorite superhero outfit whether it be dressed up as Hulk, Batman, Wonder Woman, etc.

All the money raised for this particular event and or donations made on OBS’ website will go toward the local chapter here. OBS is also on Facebook, Twitter and Instagram.
To register for this event, go to: https://www.operationblueshield.org/run-with-the-heroes-2018

Miss Brinker and Saviano also spent the day with representatives from other media, such as KLST-TV' reporter, Erin Bailey, who interviewed her; also met with Suddenlink, law enforcement officials--San Angelo Police Department Police Chief, Frank Carter and his staff. And Tom Green County Sheriff, David Jones.
Brinker capped off the day as she stopped by to see the manager of Chili's Grill and Bar before heading out to the airport to return to Dallas.