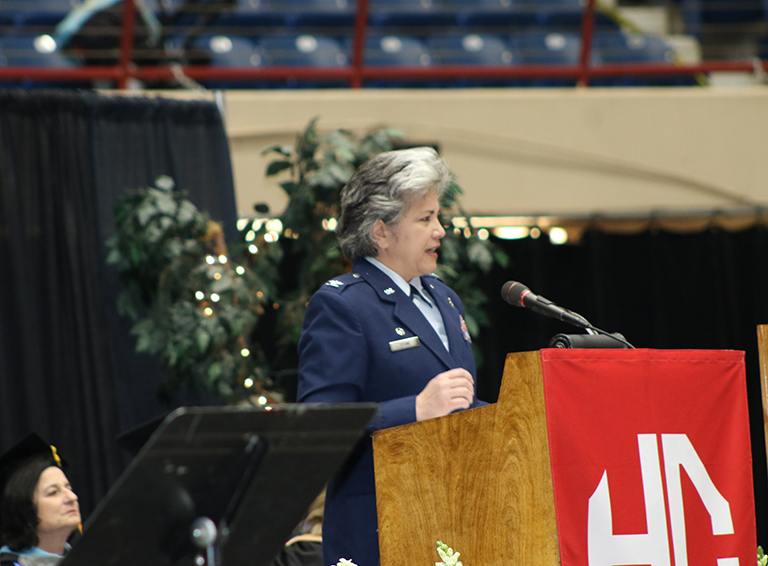 SAN ANGELO –An institution, Howard College, and a hospital unit located in Big Spring, Texas where HC’s origins began 72 years ago, were both connected to the hip from an educational/ military standpoint.
Thus it seemed logical to invite Colonel, Kari M. Stone as its spring commencement speaker, on Mother’s Day weekend, May 12. 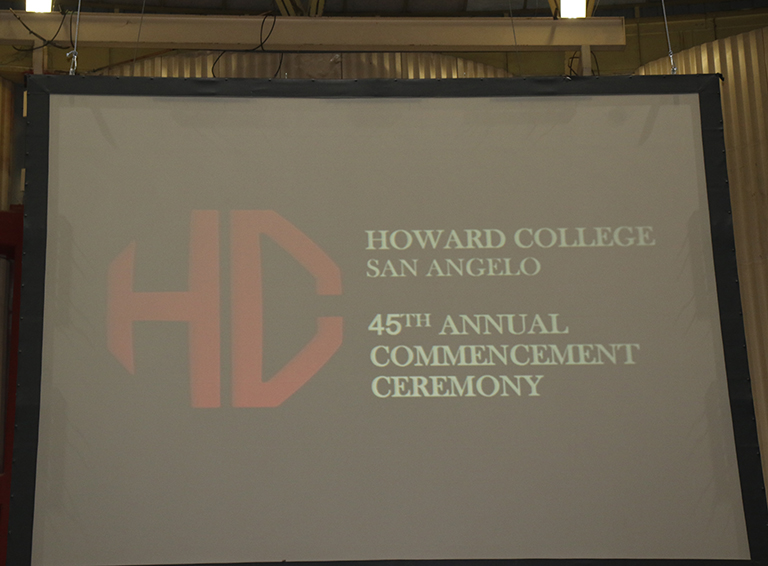 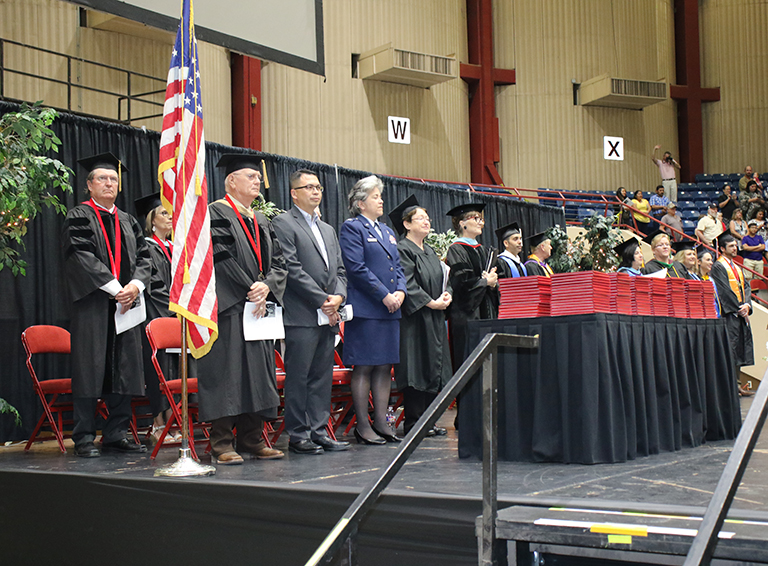 At Howard’s 45th graduation, Colonel Stone, addressed the 388 graduates, their family and friends on HC’s trio motto “For Learning, for Earning, for Life.”
It was her second point, for Earning that she stated there was more to life than just about making a living. “Besides money, focus on earning trust and respect.”
As for Life, Colonel Stone concluded, “Be kind, be grateful, utilize team work because we’re all in this together.” 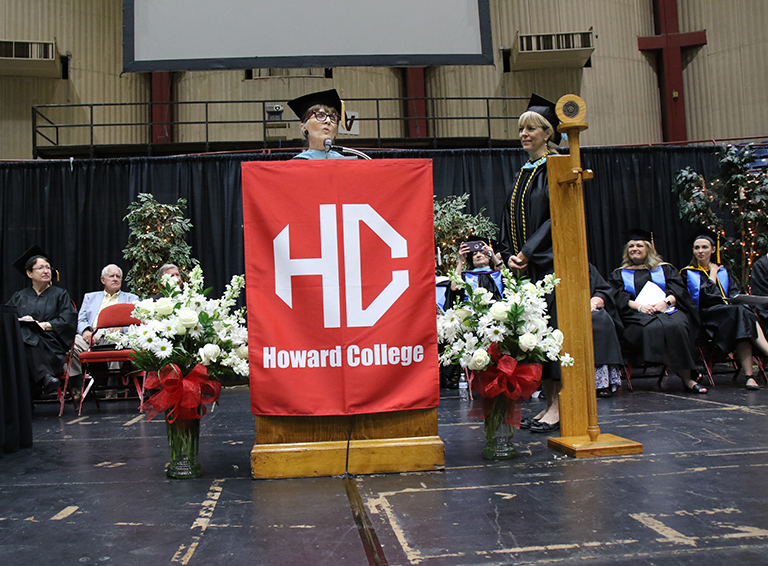 Prior to HC, President, Dr. Cheryl T. Sparks, handing out the degrees to the Class of 2018, she presented to Gwen Parsons the Professor of Ermeritus certificate who is retiring after 20 years of teaching.
Parsons has a B.A., M.Ed. Education, English, College Prep English, READE Co-Activity Director. 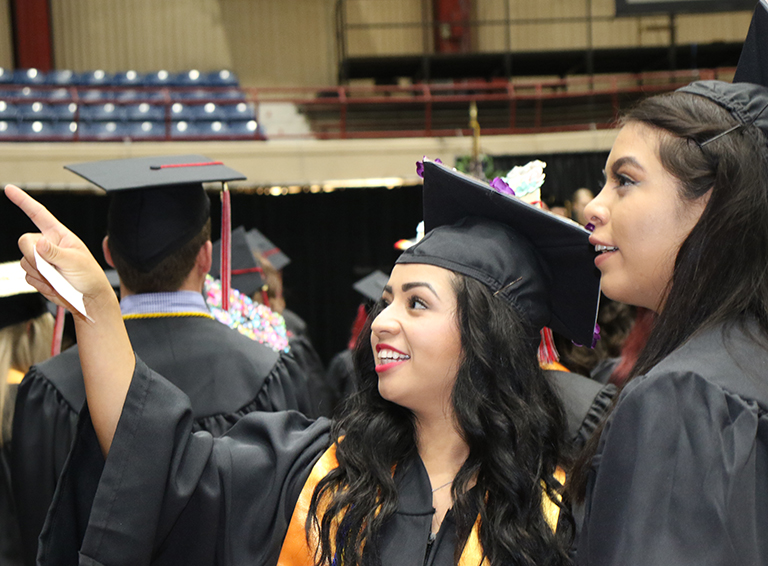 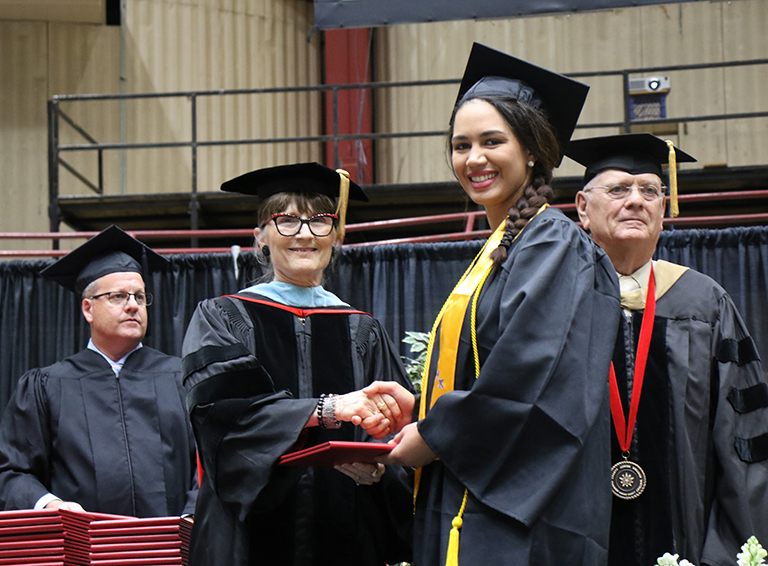 A total of 348 graduated from H.C. As for degrees/certificates conferred there were 388; the breakdown on Associate degrees: 283 and certificates: 105.
Howard’s graduation took place at the Foster Communications Coliseum. 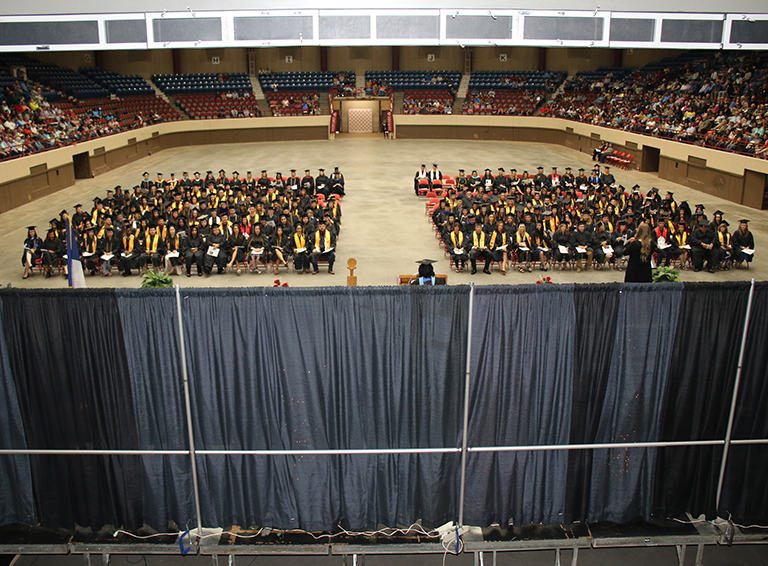