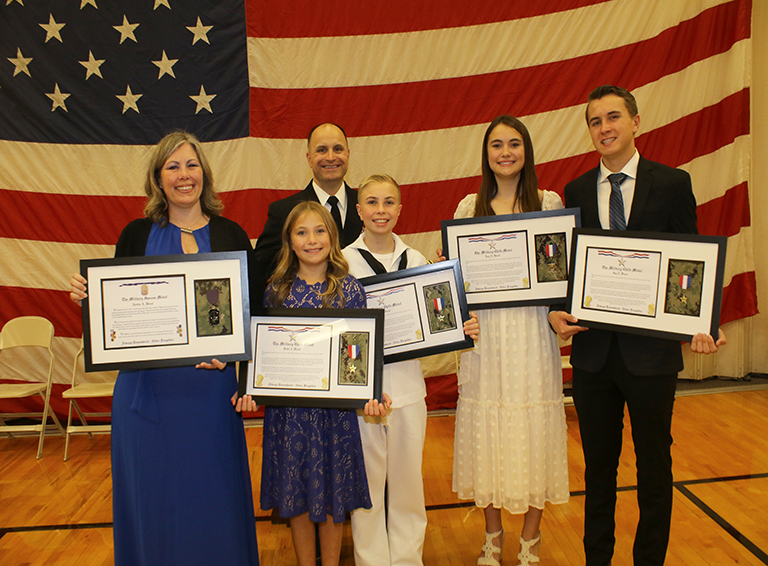 SAN ANGELO – "Military spouses may not always wear a uniform, but they serve and sacrifice alongside their service members and keep our military strong," said President Joe Biden in a White House proclamation on May 17, 2021.

Chief Petty Officer, Vince Wenzel, and wife, Heather have been married for 19 years. Oldest son is Guy, age 17, Lucy is 15, followed by Silas who is 13, and Bobby the daughter is 10-years-old.

At United States Navy Chief Petty Officer, Vince Wenzel’s retirement, celebration ceremony held on Friday, October 28, 2022 at the Church of Christ of Latterday Saints, 4475 Southwest Blvd., after being recognized by dignitaries on his 24-year professional career, in his closing remarks he took time to personally to thank his family--wife, Heather, and his children: Guy, Lucy, Bobbi, and Silas.  Chief Vince acknowledged to those in attendance that his shipmate five-member, family crew also had made personal sacrifices through a lot of birthdays, anniversaries missed during his Naval career. 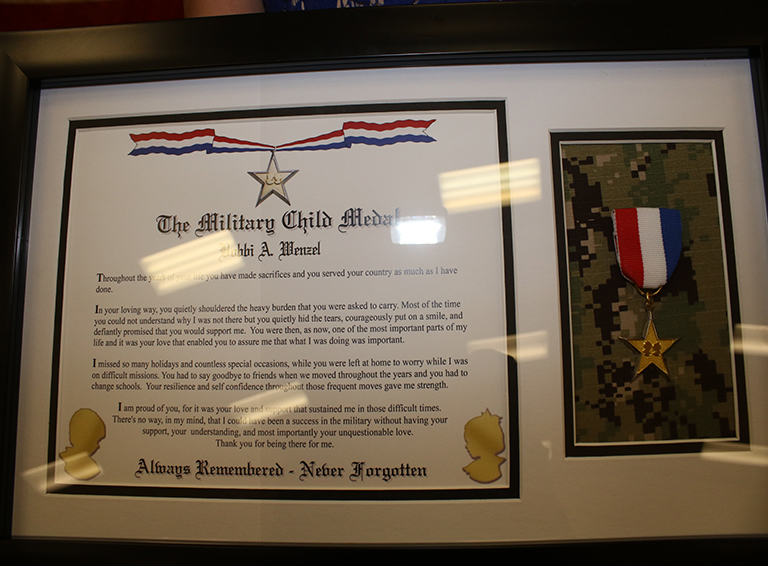 Wenzel’s love and appreciation for them was expressed when he honored Heather, Guy, Lucy, Bobbi, and Silas, with “The Military Spouse or Child Medal” award encased in a framed plaque. On Heather’s plaque, an excerpt read. “This medal is gratefully given to those that do not ask, those that stay on the home-front so that their spouse can serve for they (wife) also proudly serve their country.”
“It was your love, support, understanding and your unquestionable love   . . .”mentioned in his children's award that so eloquently stated what Chief Wenzel’s family meant to him. 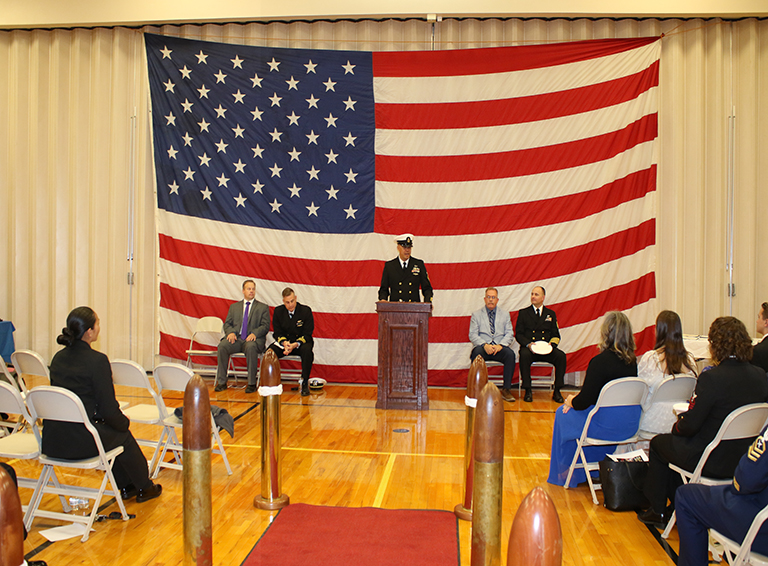 The master of ceremonies, CTRC Nick Diaz before introduction of key officials stated. “Just as this is the end of one phase of his life, it is also the beginning of another.”
Among those in attendance were Presiding Officer, LCDR, Mark Wess, and guest speaker, Mike McEligot, Master Chief, USN Retired. 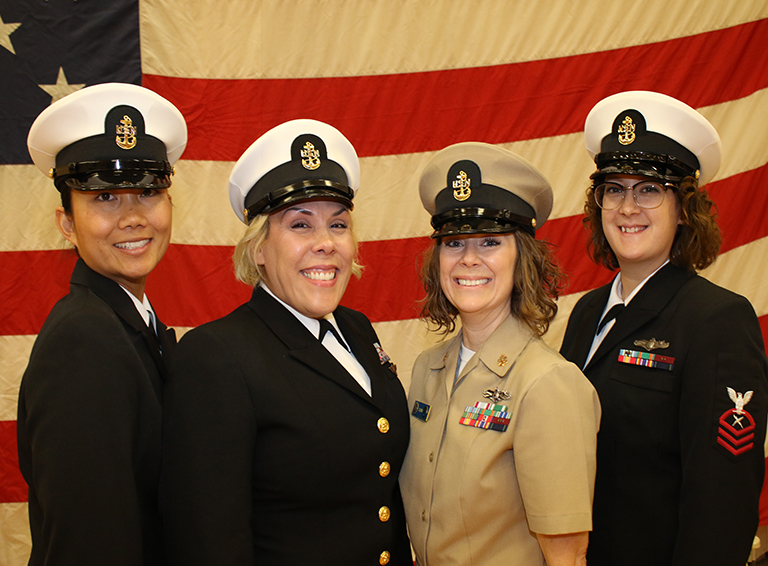 The presentation of “Olde Glory” the United States flag reading was conducted by CTIC Jen Cardenas “I stand guard with the greatest military power in the world. I stand for honor, truth, and peace. I stand for freedom.” “Ole Glory” was flown in every battle of every war for over 200 years, from Gettysburg, to San Juan Hill, to the beaches of Normandy, Vietnam, the Persian Gulf War, and Ground Zero in New York City, on September 11, 2011, etc. 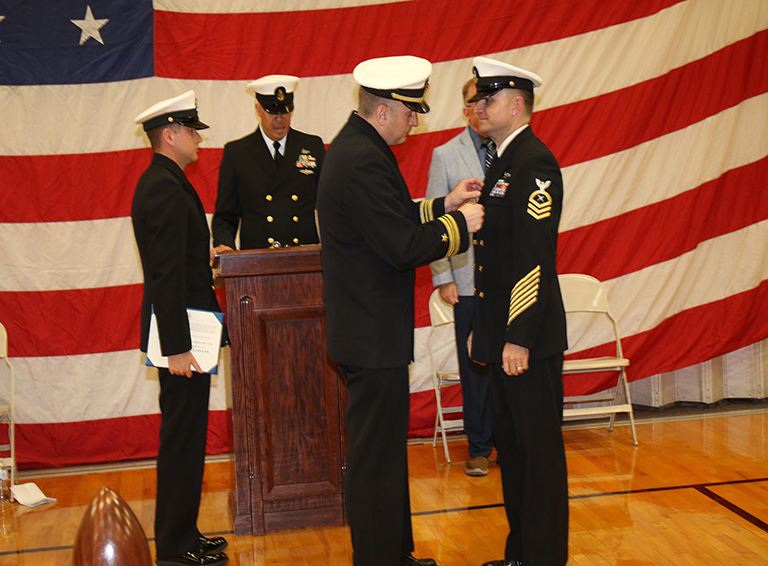 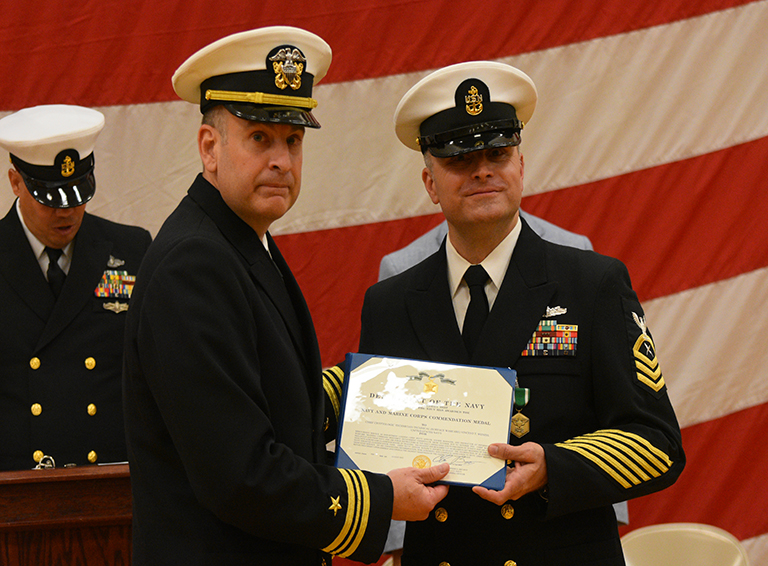 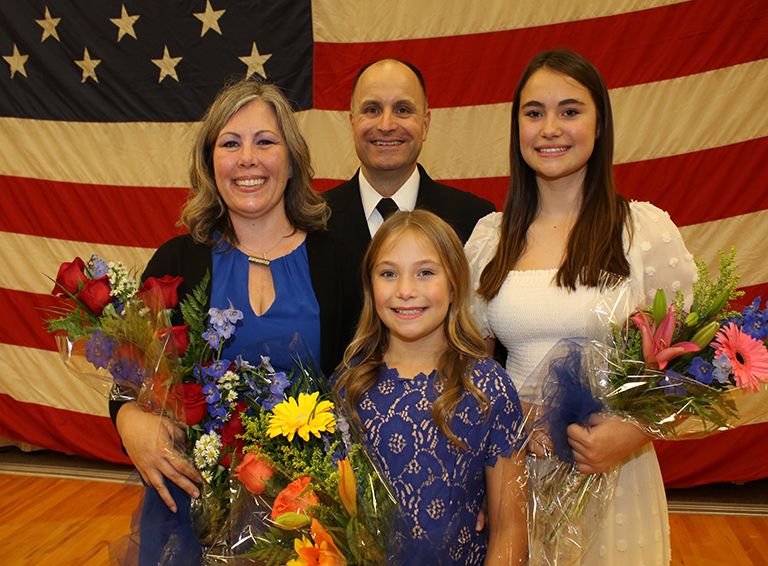 Chief Wenzel was also presented with a U.S. flag, which he then presented to his wife, Heather, followed by the presentation of the Department of Navy Commendation Medal Award, the Presidential Certificate from President George W. Bush, a letter of appreciation from the Governor of Texas, also flowers were presented to Chief Wenzel’s wife and daughters, and letters of appreciation to them and the sons. 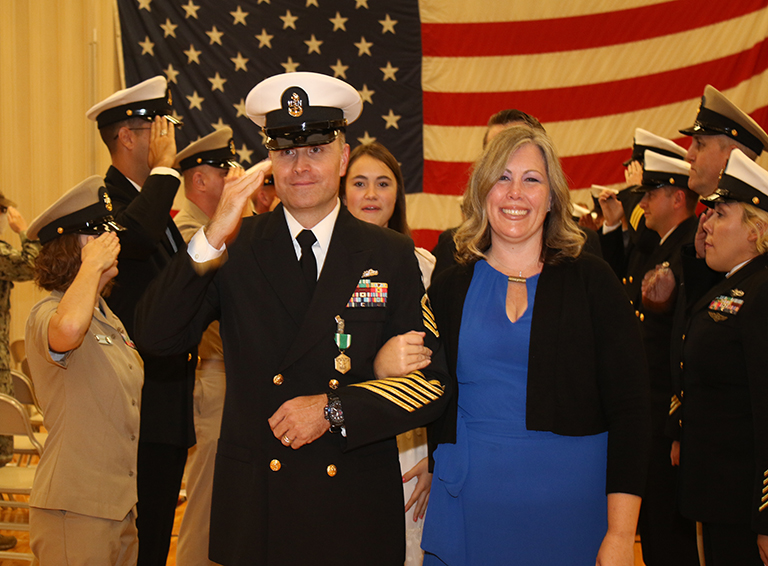 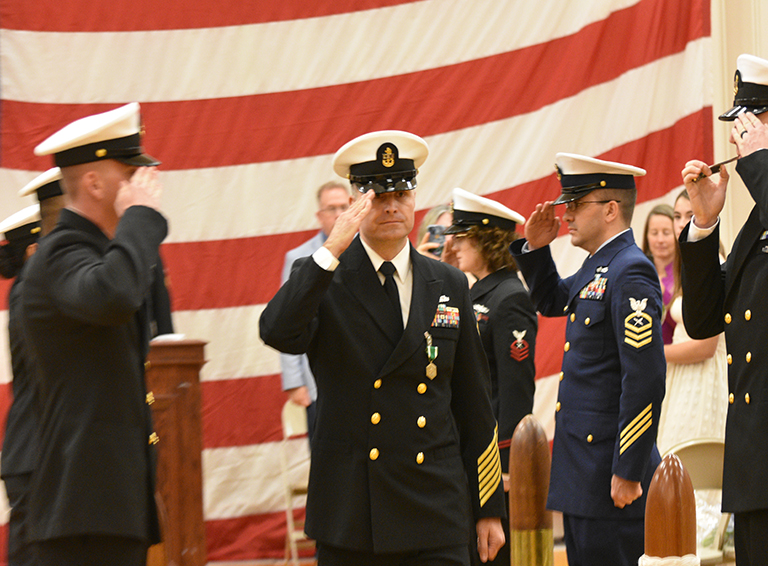 “Today, our Navy takes time to stop all engines, drop anchor to pay homage to one our shipmates going ashore. To honor the years served, the guidance, the leadership, the friendship, and expertise this shipmate has freely given these past 24 years. Today, the Watch stands relieved. Relived by those you trained, guided, and lead. Chief Wenzel, you stand relieved. We now have the Watch” read Chief Forrest to conclude the ceremony.