Ramos A “Pro’s Pro” With a Down-to-Earth Humility 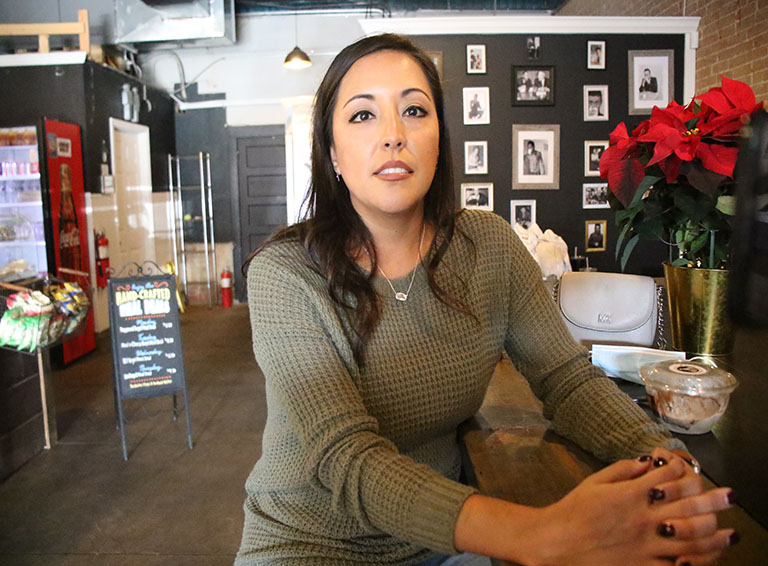 SAN ANGELO – A “pro’s pro” is confident, a hard worker, energetic, teachable they handle their business, sacrifice for the team, first-team people, they go beyond [the call of duty], they push themselves to the limit.” “This person does not need to be the center of attention” Trent Dilfer, former quarterback for the Baltimore Ravens during their Super Bowl-winning season in 2000. 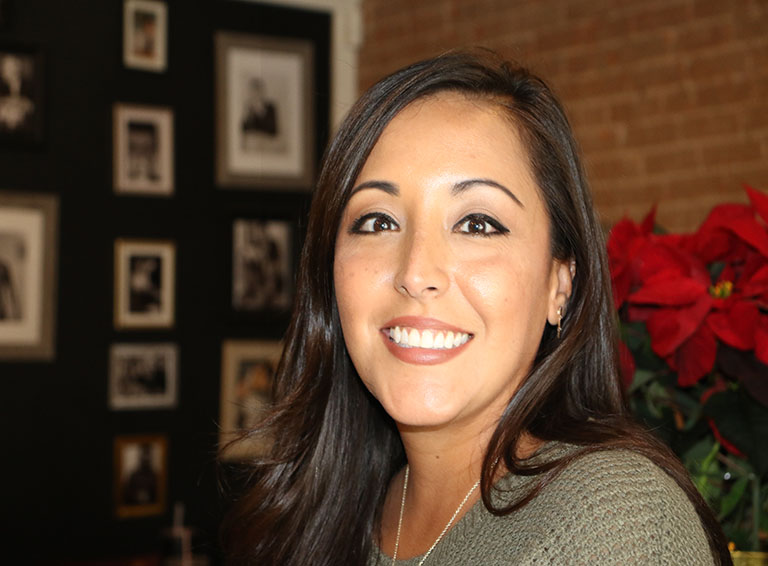 When Flaco Guapo Media sat down with Monica Tarango Ramos for an interview, Dilfer’s definition described Ramos perfectly. Ramos came across with a positive attitude, a spirit of humility, and an infectious smile to match her personality.
Monica, a “pro’s pro” career woman is also a wife, mother, volunteer, leader, servant, a former Angelo State University graduate (2012) who embodies enthusiasm, great effort, and is focused. That single-minded focus for Ramos is an attitude that has served her well. That speaks to her character of perseverance. Ramos is committed to seeing a job through which means she is “someone who pushes herself to the limit”

Q: How about when it comes to handling her business?
“I like to get my tasks done so I can cross it off my list . . .I have to get it done right away” she said.

Q: How do you balance your life between a professional career person vs being a wife and mother?
“it’s difficult at times because I take pride in the work that I do.” “I have my responsibilities as a wife and it’s important I spend time with them.” 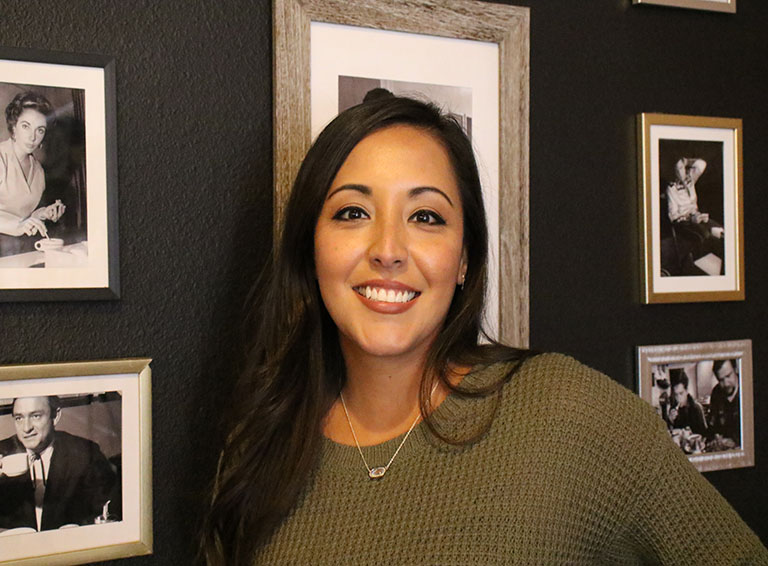 As for her professional career, Monica, currently serves as Vice President for the Railway Museum of San Angelo, Treasurer for the Hispanic Heritage Committee, and Membership Chair for the Chamber of Commerce - Concho Cadre. Monica’s passion for the community shows through her wide range of volunteer efforts.

With regard to “go behind the call of duty” which is being a team player first, Ramos’ current role is to assist the Executive Director of Downtown San Angelo, Inc., Del Velasquez.
Monica’s hard work ethic, and perseverance were two DNA intrinsic traits she inherited from her parents’ George and Priscilla Tarango who were great role models. She credits her parent’s influence, and her husband for the person she is and has become.

It’s something that Monica has passed on to her 12-year-old, son Halen, telling him “Working hard gets you to where you want to be.” Ramos doesn’t just talk the talk but conveys that work ethic before him on a daily basis.
When it came time to further Monica’s education, it was her parents who strongly encouraged her to do well in academics so she could attend college. While Monica’s hard work ethic came from her dad, Ramos’ mom gave her an abundance of love. One vivid memory that stood out for Monica was the times when Priscilla would make her daughter’s favorite breakfast, French toast on test day. 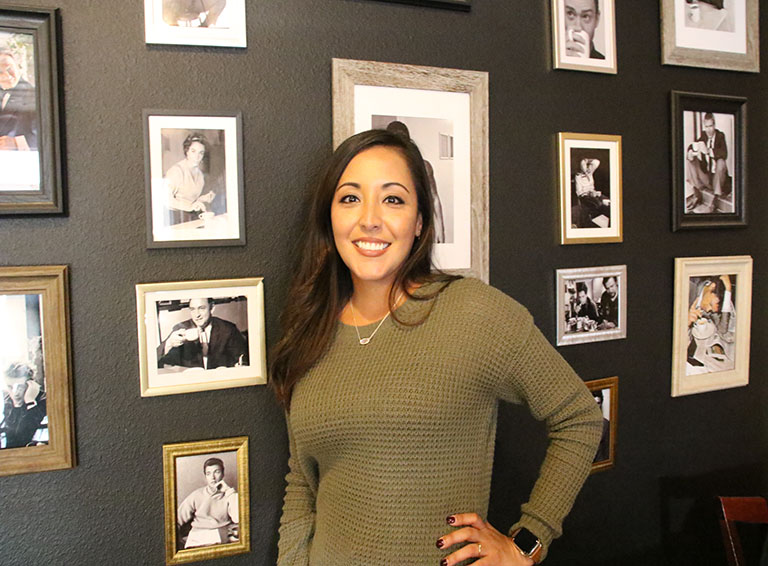 Q: Would you consider yourself an overachiever? “I can be a perfectionist, gotta have things in a certain order.” Interestingly, an overachiever and a perfectionist are similar in their nature. A perfectionist brings their “A” game all the time. A perfectionist sets the bar high when it comes to academics, education, a career, or life itself.  When Ramos was featured on ASU’s website magazine in the November website edition (dated October 18, 2019), Ramos stated it so succinctly as to who she is. “self-disciplined, meets deadlines, accountable, and takes action.”

Q: What do you want to tell young girls who aspire to be successful whether in life, career, etc.?”
“Get an education work hard, persevere, do what you need to do to get there.” But the person really needs to want it.” She brought it closer to home when it came to Latinas. “Be proud of your family’s history.”

Q: “What do you want your legacy to be?” I want to be part of something bigger than myself in making a difference on behalf of others.” 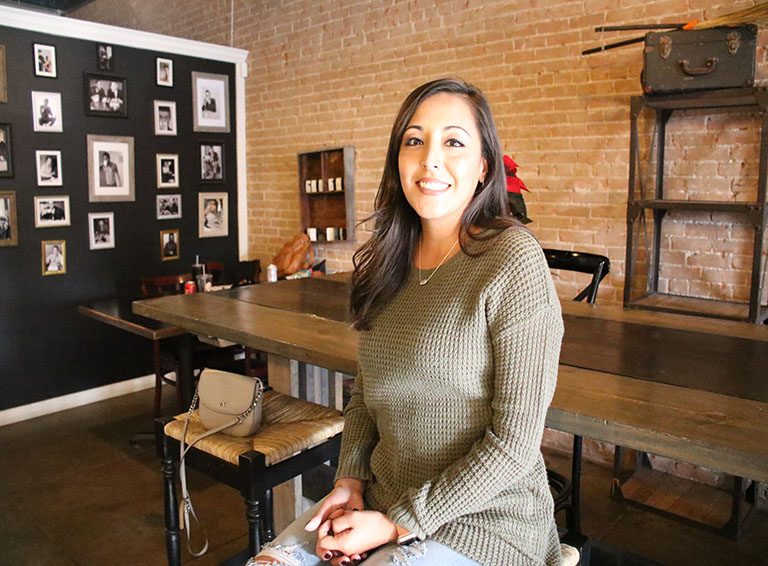 Ramos, this remarkable, energetic, confident, person of humility, sacrifices for the good of the team. Whether it be in business, with friends or family, she has already left an indelible mark, called legacy, at such a young age.
A younger generation of Latinas would do well to follow in her footsteps.