Vasquez's passion, leadership leads to National Collegian of the Year 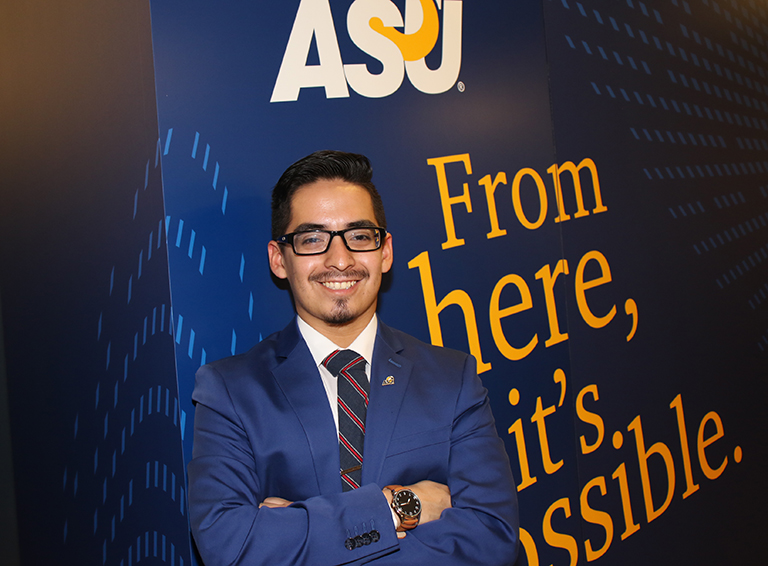 SAN ANGELO – When Flaco Guapo Media met Cody Vasquez, a graduate of Angelo State University for an interview, the two words that he used over and over again jumped out at this reporter—passionate and leadership. Those two intrinsic traits served him well with his fraternity. And as a leader.

It was not a surprise when the Delta Sigma Pi (DSP) national professional business fraternity named him the 2020 National Collegian of the Year. 300 national chapters selected one college student to represent them. In the end, Vasquez was the “last man standing” so to speak. That process started at the regional level, then provinces, to national. 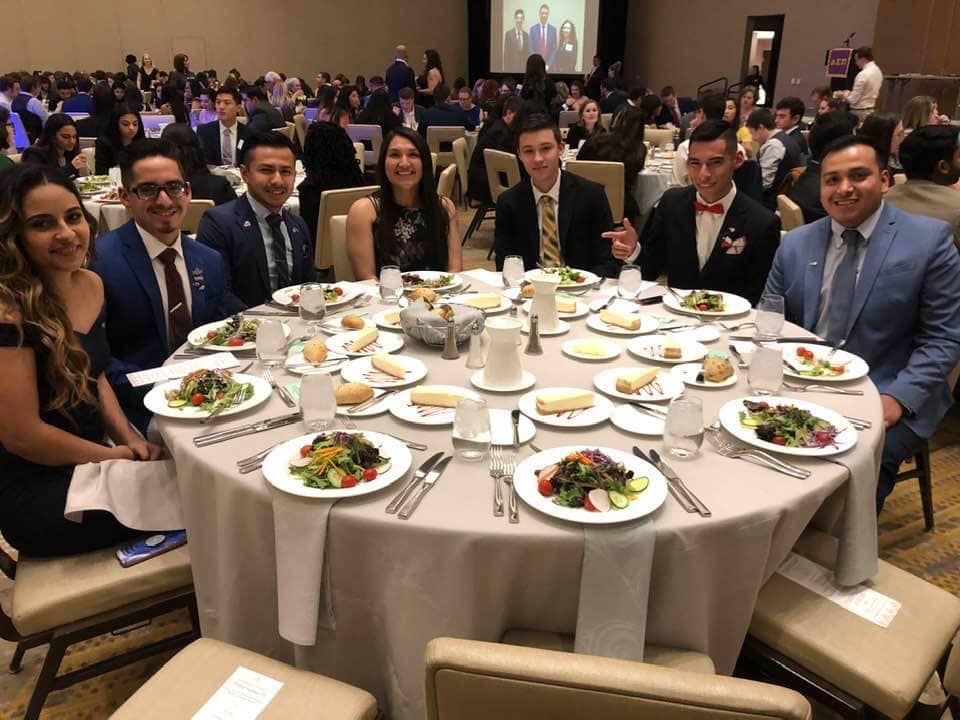 Seated next to Vasquez's is his girlfriend: Lizette Salas.

Vasquez’s award was presented to him at the DSP South Central LEAD Provincial Conference held March 6-8, 2020. Among those in attendance to support him were his parents, Ruben Vasquez and Lori Acuna. His three sisters: Cinda Garcia, Kristi Esquivel & Brittany Vasquez; his fraternity brothers and girlfriend, Miss Lizette Salas. And ASU’s board of directors. The conference took place in the Hilton Dallas/Plano Granite Park Hotel.
Here is an excerpt from Vasquez's acceptance speech.
“We create leaders for universities, leaders in their careers, and leaders for the professional world, . . .” “Thank you to my incredible family for always supporting me in everything I do in life”
“Thank you to my incredible university, Angelo State and the Norris-Vincent College of Business for your constant support of our fraternity and my educational endeavors.” 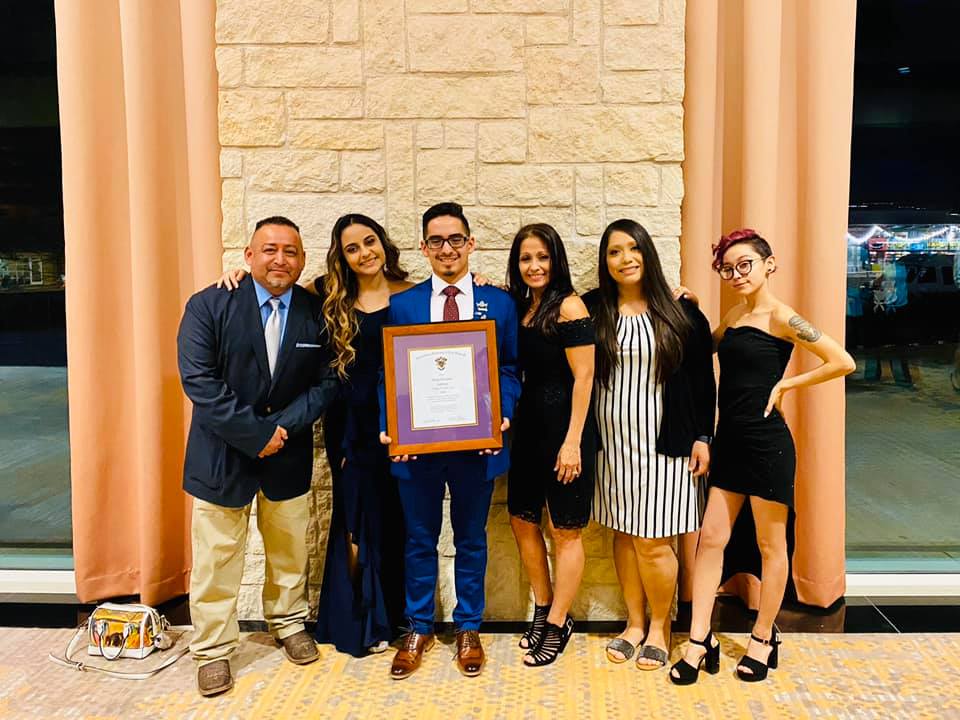 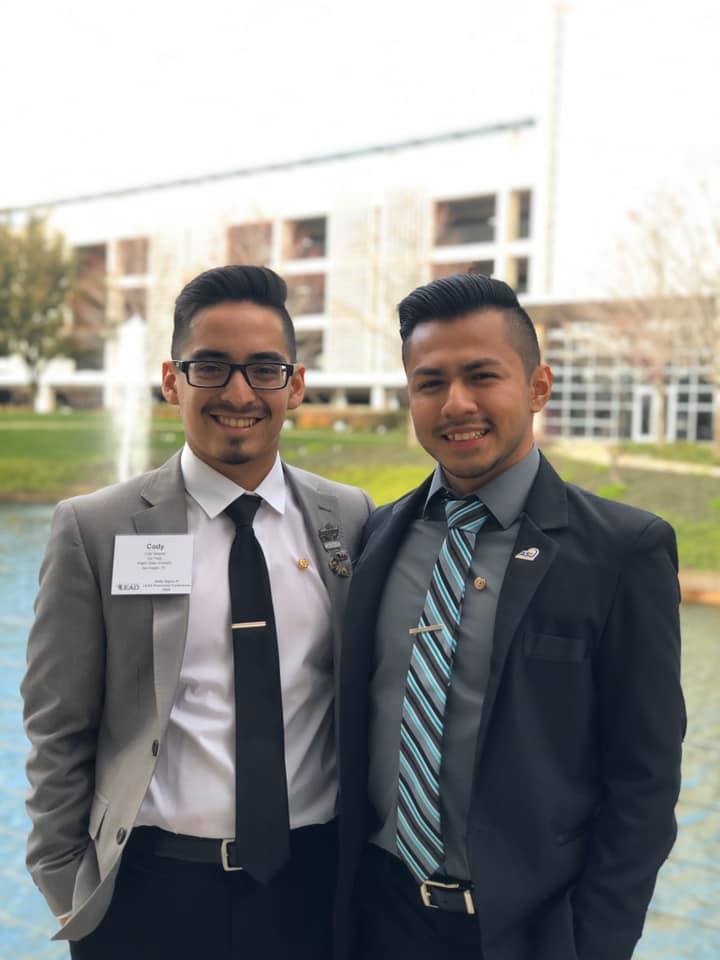 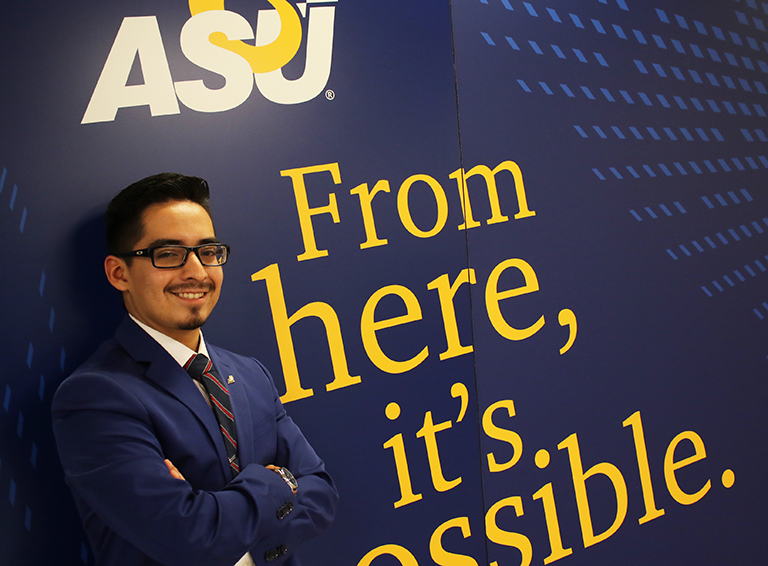 As for that word passionate, it is defined as, “expressing, showing, or marked by intense or strong feeling; emotional. . .” Cody’s calm, laid back demeanor just didn’t fit his persona with regards to that descriptive word. Yet when it comes to the axiom, “perception is reality,” It doesn’t really matter how we perceive him. Because his results and intentions are clearly demonstrated through his passionate, leadership skills.

Flaco Guapo asked Vasquez the following questions.
Q: “What does passion or passionate mean to you?” “Passionate to me is to be engaged in something for the right reasons,” said Vasquez. 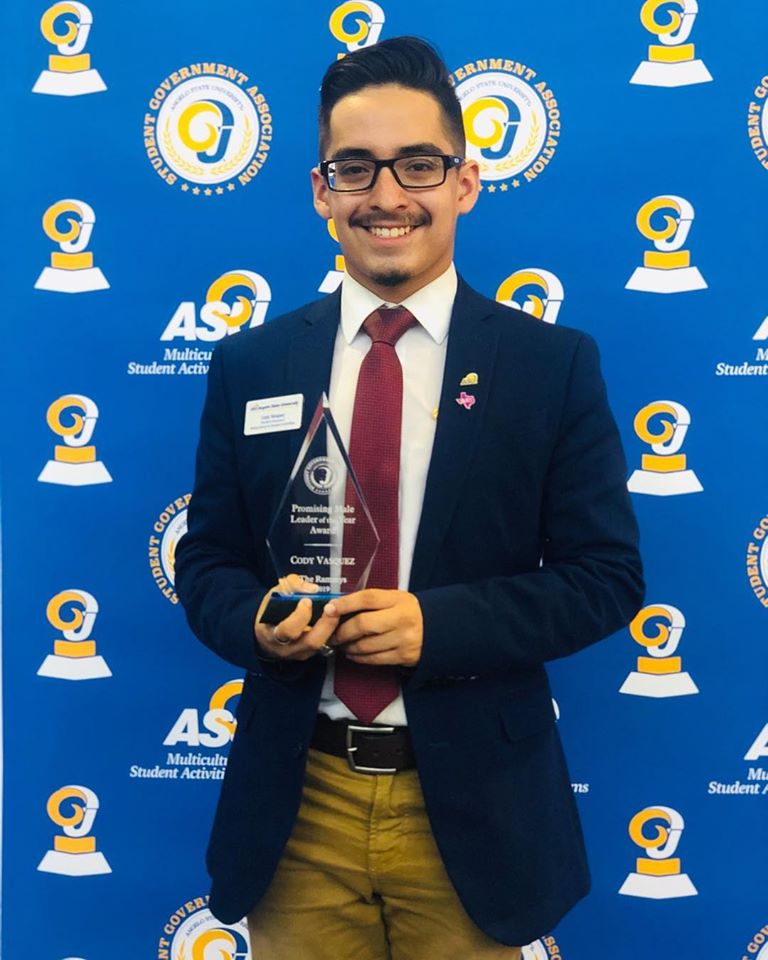 The year before his national award, Cody was honored with the ASU Student Government Association’s 2018-19 Rammy Award for Promising Male Leader of the Year. While Vasquez acknowledged that it is great to be recognized for his accomplishments, that is not the ultimate goal for him. Personal awards for him is all a part of the process that factors in his passion. “I made it a part of my life,” Vasquez said.

Q: “What did it mean for you to represent your family?” It means a lot to me . . . because I will be the only Hispanic inducted on the board of directors.”

Q: “What is at the core of your being that makes you who you are?” “I really have a passion and am motivated to help people. And to give back,” he said. 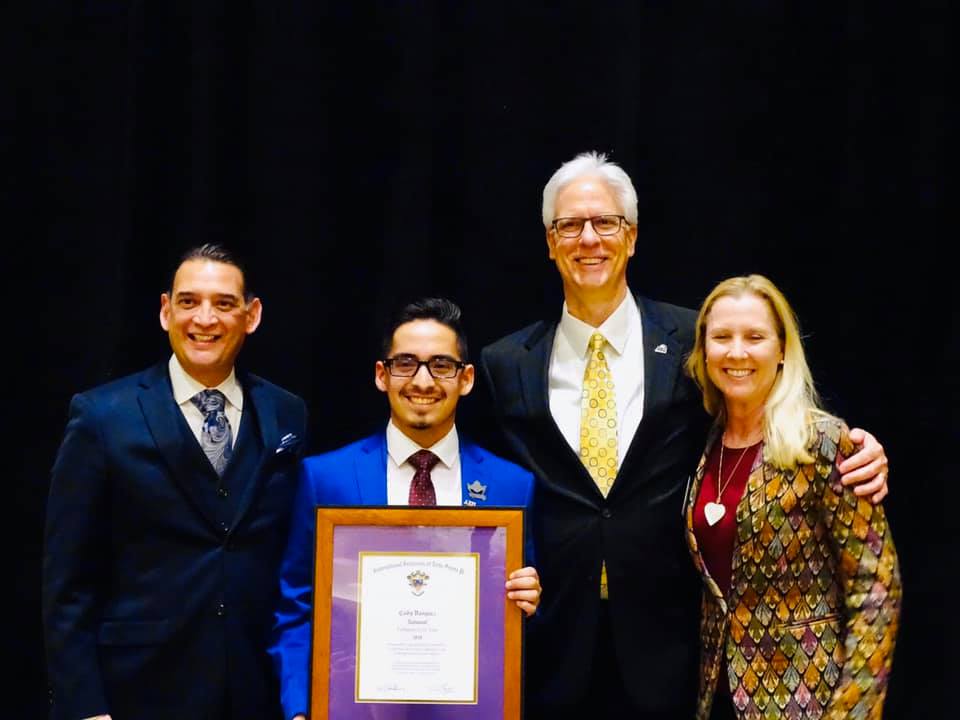 Q: Who was influential in your life?” “First was my family as each member was extremely supportive.” The second group who made an impact on him was his fraternity brothers. “Without them, I would not have been nominated,” said Vasquez. The third influential person in Cody’s life was Delta’s advisor, Gayle Randall who set the example for the fraternity. Randall is a graduate of ASU and a member of the management and marketing faculty.

Q: “What is it that you live your life by?” “I live a happy life because I achieved what I set out to do.”

Q: “If you were invited to be ASU’s commencement speaker, what would be your speech to the graduates?” “The most important thing was to make sure you are fulfilling your own goals, not someone else’s.”
“Stay true to your core when it comes to leadership,” Cody says he is flexible and willing to listen. But will not change his core beliefs nor compromise them.

Vasquez came to ASU three years ago as an incoming freshman. Q: “What is the noticeable change that has taken place in your college years?”
“It is the willingness to listen and understand people where they are coming from.” “Hopefully I can now say that I know how to run a team of people” concluded Vasquez. 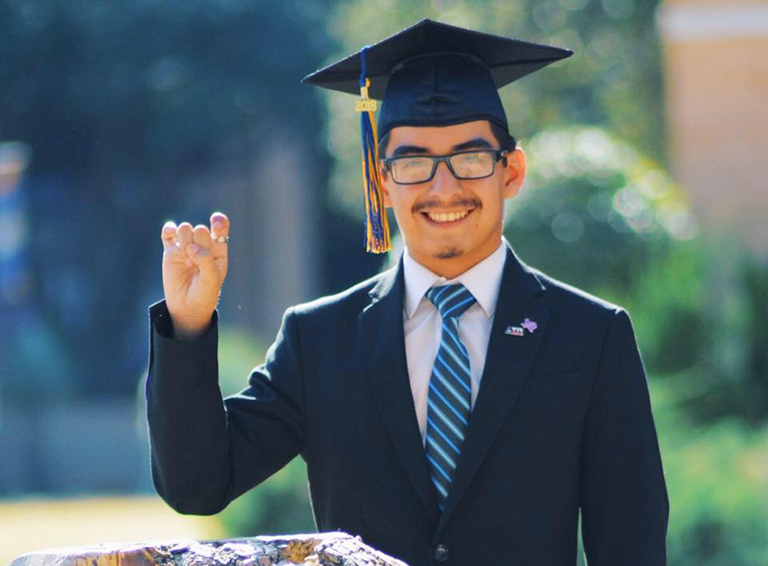 Cody whose master is in Business Administration is tentatively scheduled to graduate on August 15, 2020. Graduation ceremonies will be held at the Junell Center/ Stephens Arena on the campus of ASU.