SAN ANGELO – With the official start of Major League Baseball’s 2018 season underway last weekend, the Laura W. Bush Institute for Women’s Health had their own Major Leaguer, nicknamed the “Ryan Express” who played 27 years, won a world championship with the New York Mets in 1969, and was inducted into the Hall of Fame (1999)--Nolan Ryan, as keynote speaker at this afternoon’s annual fundraiser luncheon which was held at the McNease Convention Center.
Ryan, who got the nickname the “Ryan Express” because of his 100 mile-per-hour fastball, had as his battery mate to call out the signals on what pitch to throw, meaning in this case who interviewed him with questions was Angelo State University baseball coach, Kevin Brooks. 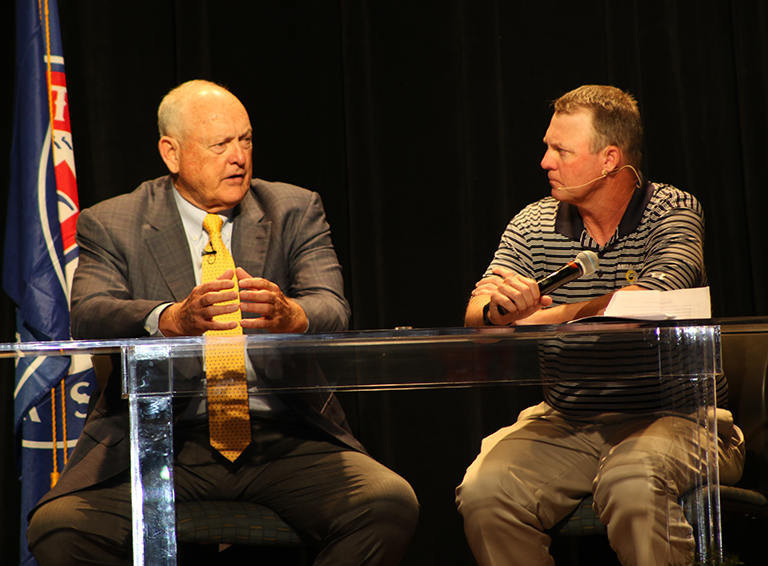 Ryan known as a great story teller told Brooks and the 500 attendees of the time he faced, San Angeloan, Norm Cash, former Detroit Tigers ‘first baseman, as the last batter to ever face the Ryan Express with, as Brooks said, “without a bat but a table leg.”

Rather than pitch to Cash, Ryan walked up to umpire, Ron Luciano, and said “He can’t hit with that.” Luciano asked him what he meant? Ryan responded to check Cash’ bat. Cash’ response was “It doesn’t make any difference, I can’t hit him anyway” to which the audience laughed with glee at the humorous incident. 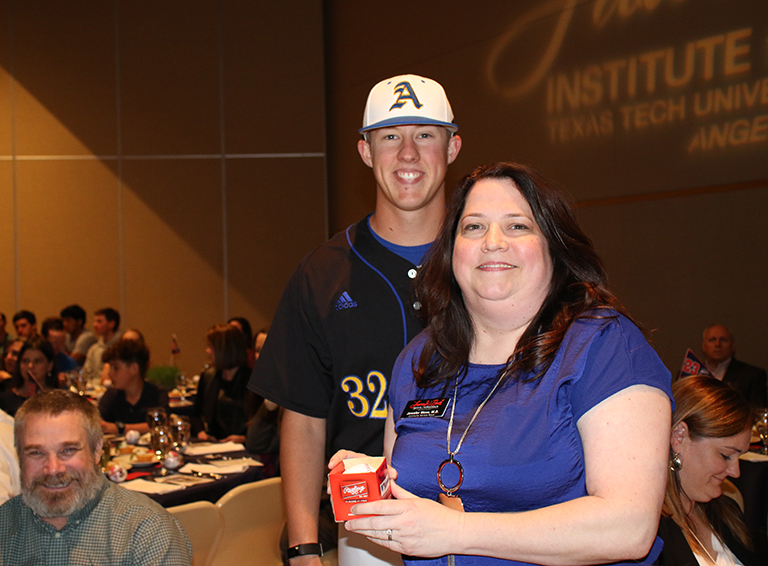 Jennifer Moss one of the attendees at this afternoon's Laura W. Bush Institute for Women's Health luncheon, was among the various individuals who bought a $1,000 autographed baseball with Nolan Ryan's signature on it.
Angelo State University baseball, left-handed pitcher, Brandon Dusenberry, came by Moss' table to drop off the baseball. 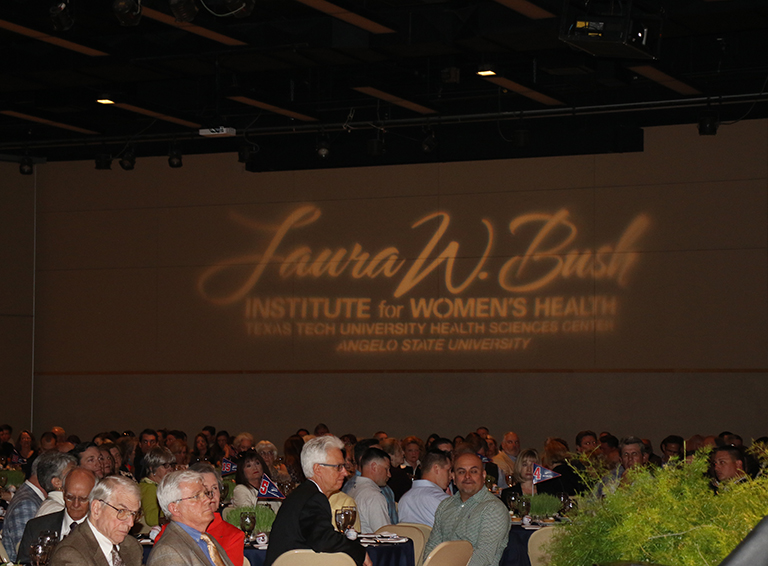 Proceeds from this event will be used to sustain LWBISWH's community outreach programs and support women’s health and gender medicine research, scholarships, and seed grants at Angelo State University. 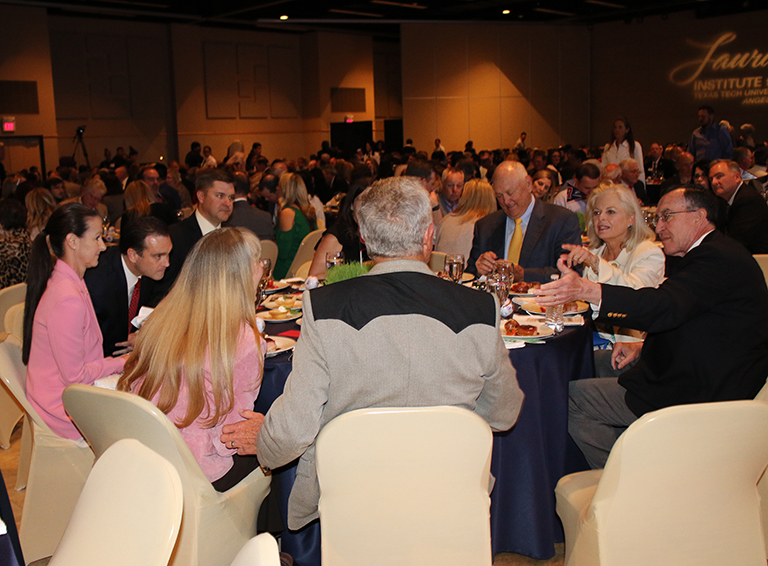 Nolan Ryan with his wife, Ruth sat at a table with dignitaries, among them was Judge Brad Goodwin and wife, Toni.