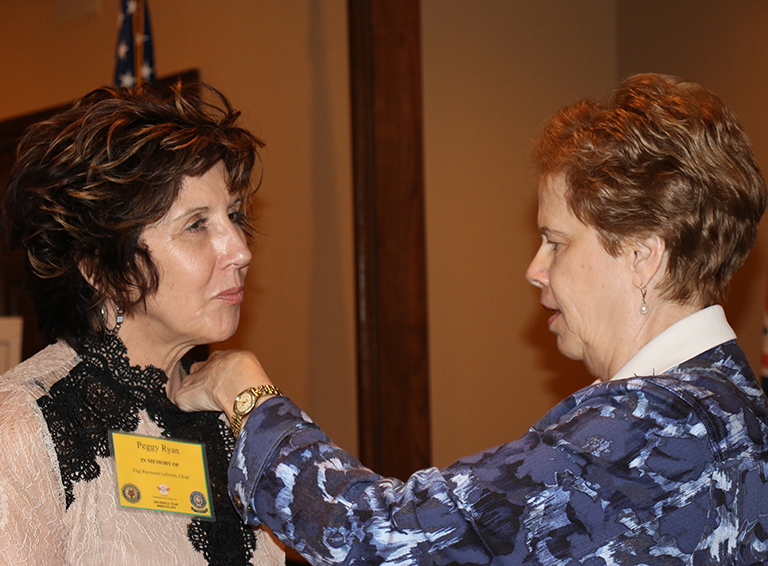 Flaco Guapo Media
SAN ANGELO – Tom Nurre, Jr. Angelo State University News and Information Specialist, as master of ceremonies for the American Legion Post # 572’s Inaugural Vietnam Veterans Day celebration to honor veterans and their families, opened the ceremonies with what the Vietnam Vets should have heard 50 years ago. 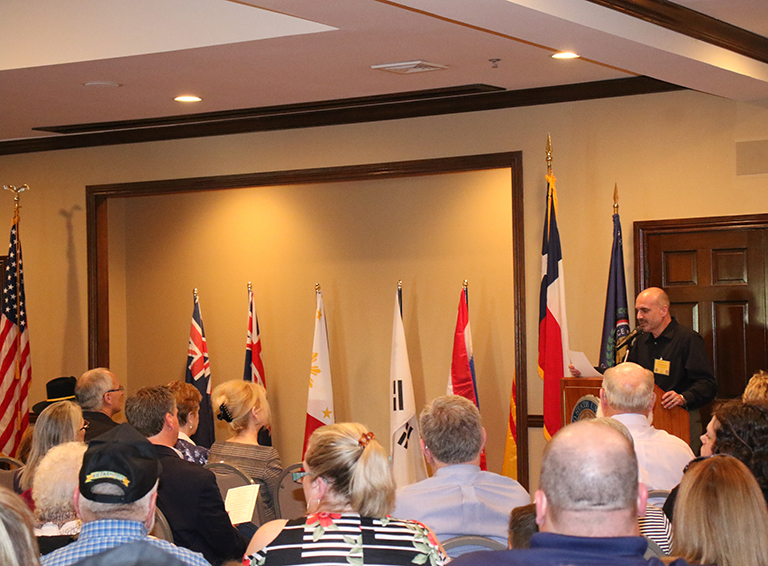 “Will all of the Vietnam Veterans please stand so that we might greet with a big thank you and a special welcome home.”

“. . . We thank you for those who died on foreign soil, trusting in you to care for their families left behind . . .” prayed, All Vets Council Chaplin, David Harvatin, who followed Nurre with the invocation. 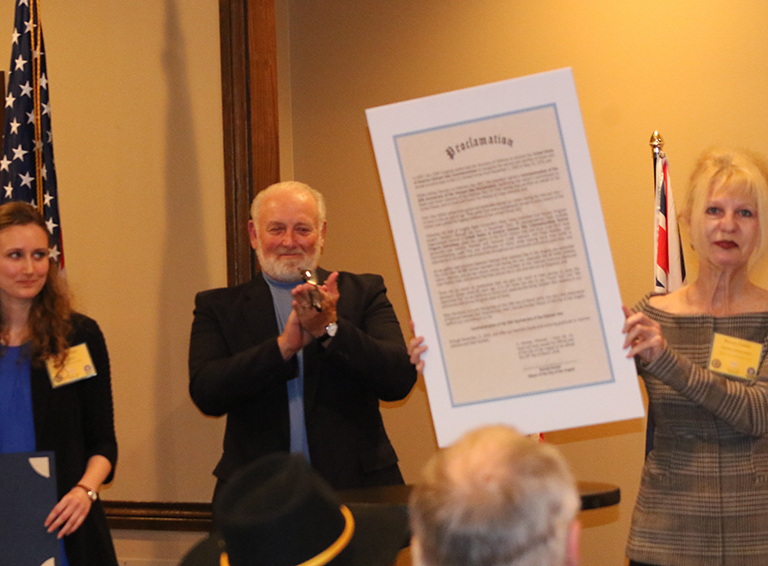 Thereafter, Mayor, Brenda Gunter proclaimed March 29, 2018 as National Vietnam War Veterans Day.
“I Brenda Gunter, Mayor of San Angelo, reaffirm our commitment to the commemoration of the 50th anniversary of the Vietnam war through November 11, 2025 and offer our heartfelt thanks and enduring gratitude to Vietnam Veterans
and their families.” All living veterans who served on active duty during the period Nov. 1, 1955, through May 15, 1975 were invited. 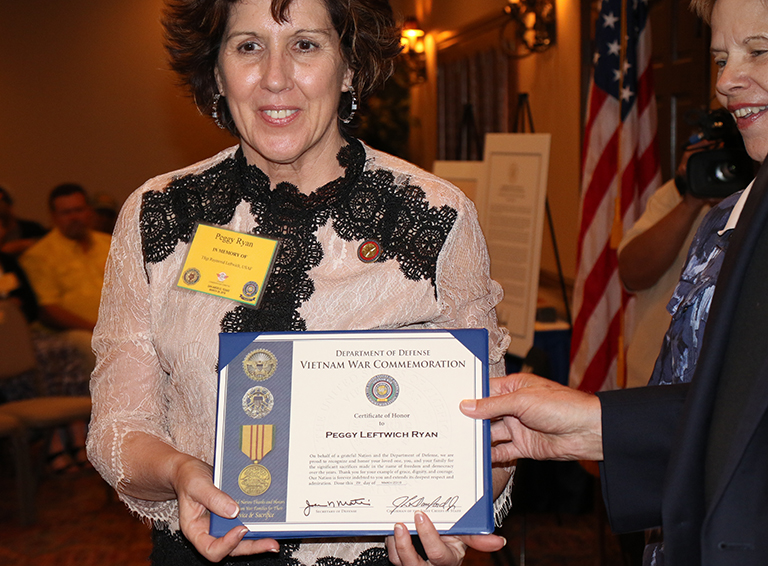 On the itinerary schedule was the Gold & Blue Star/ Certificate of Honor given to surviving spouses and their children. The presentation was made by Dr. Carol Ann Bonds and ASU History Department, EC-47 website manager, Joe Martin.
Also involved was EC-47 and history site commemorative partner, committee coordinator, Tom Nurre, Sr. who read the names of the Gold & Blue Star recipients’ and their surviving spouses who received a Vietnam Veteran lapel in and certificate of honor. The first name read was Tech Sergeant, Raymond Leftwich, USAF, a WW II veteran. His widow, 17th Training Wing Public Affairs, accepted the pin/ certificate. 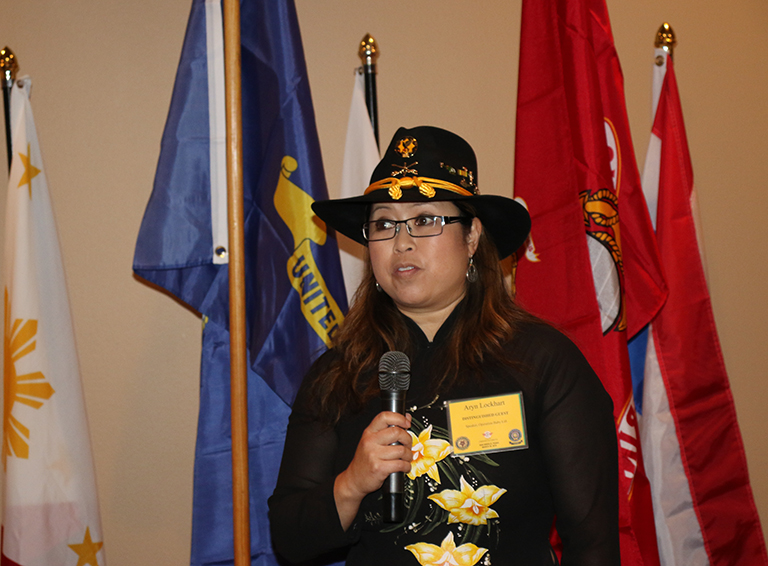 After service flags representing the four branches of the military: Air Force, the United States Navy, the United States Marines and the U.S. Army, were presented, Nurre introduced guest speaker, Aryn Lockhart.
Lockhart, is with the 17th Training Wing Public Affairs as a visual information specialist at Goodfellow Air Force Base. Aryn was among the 3,000 orphans who were transported out of Vietnam in April 1975 in what was dubbed--Operation Babylift. Lockhart, an undergraduate degree from Virginia Tech and author of the book, “Operation Babylift: Mission Accomplished,” was born in Vietnam in 1974.
Aryn informed the attendees that she visited Vietnam to learn about her country and the Vietnam War. She concluded her presentation by saying that it was her life’s goal to, “Let people know my gratitude, my appreciation for those who served, particularly in Vietnam.” 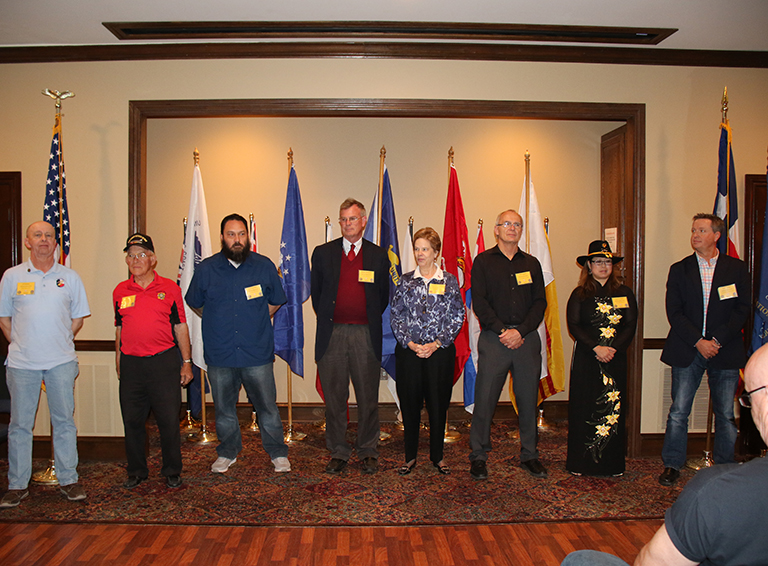 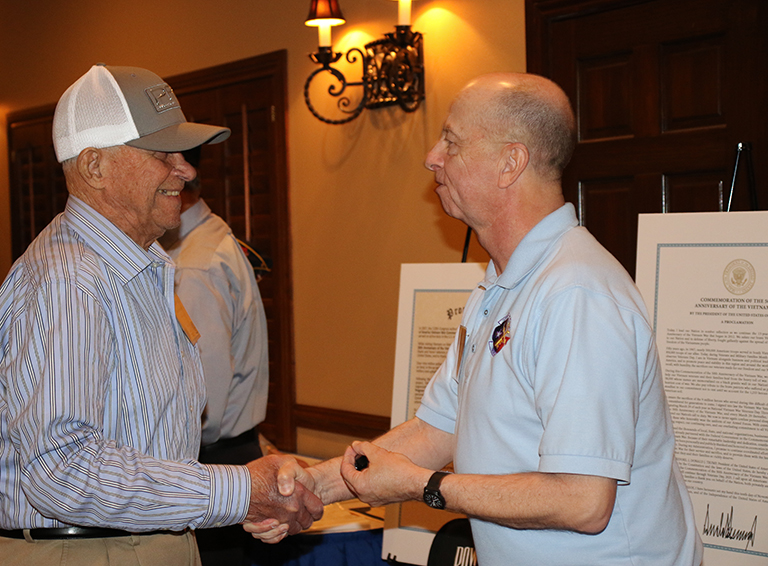 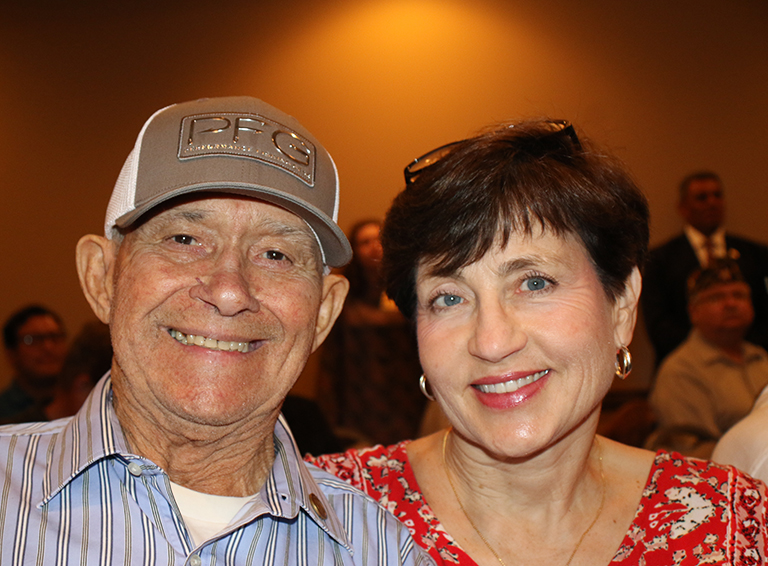 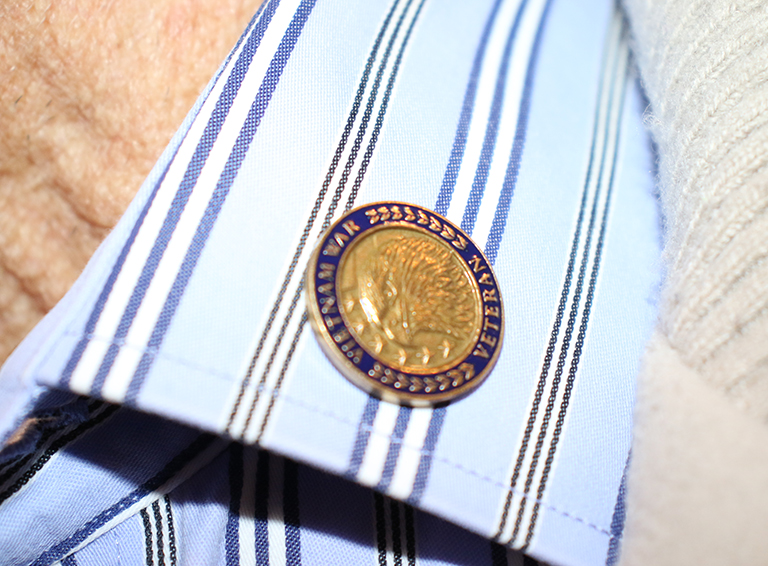 The final ceremony was the Vietnam Veterans’ Pinning. One of the first ones to receive his pin from former retired Staff Sergeant, J.J. Graham was veteran, Jose Alverio. His daughter, Lisette, stated her dad proudly served twice in the United States Army from 1951 – 1981.
“What did it mean to you to see your father receive his pin on this special night?”
“I’m so proud of him, he is my hero.” “It was very special for him to be honored and tell him how much I appreciated his service and what he has done for our family, so this means a lot,” said Lisette.

The VVD celebration was held on Thursday, March 29, at the LeGrand Alumni and Visitors Center, 1620 University Ave.