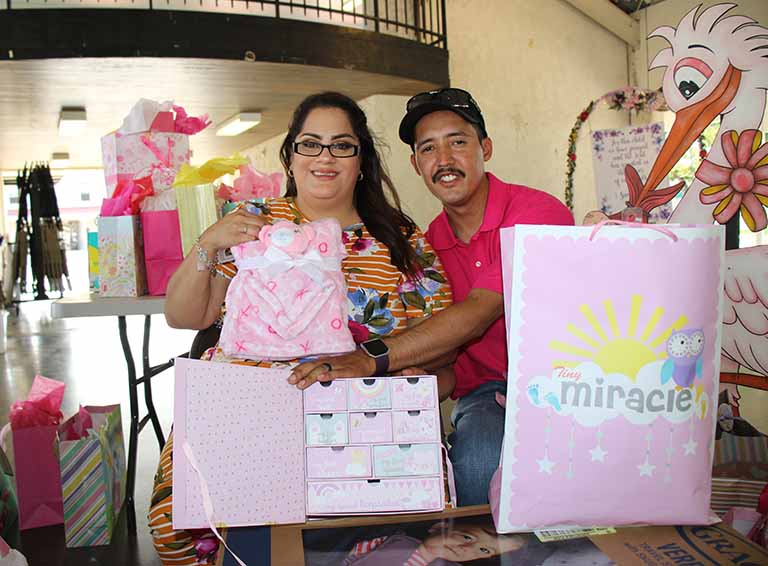 Nicole and husband, Isaac Sánchez definitely qualified on the first two promises of God. The third promise was fulfilled over the weekend as Nicole and Isaac were truly already blessed going in with the birth of their baby girl, Milagros Faith on the way. When they loaded up at the end of the day, they were "good measure, pressed down, shaken together and running over" with baby gifts. 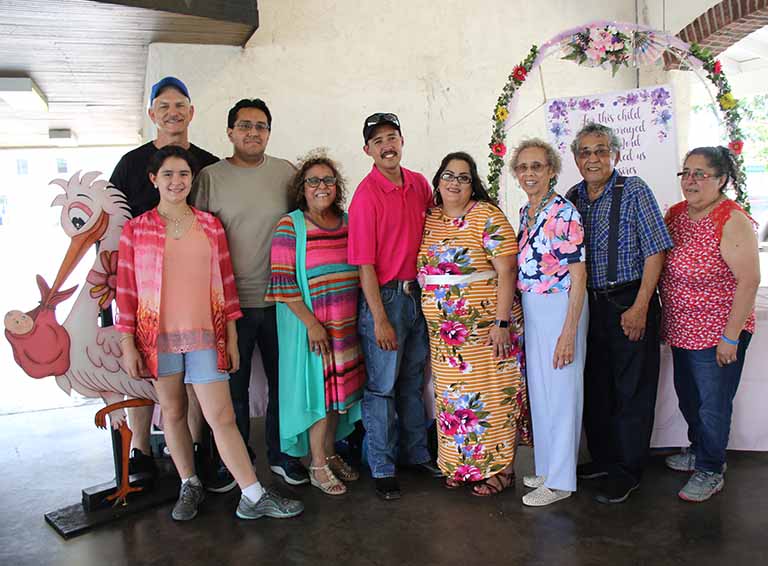 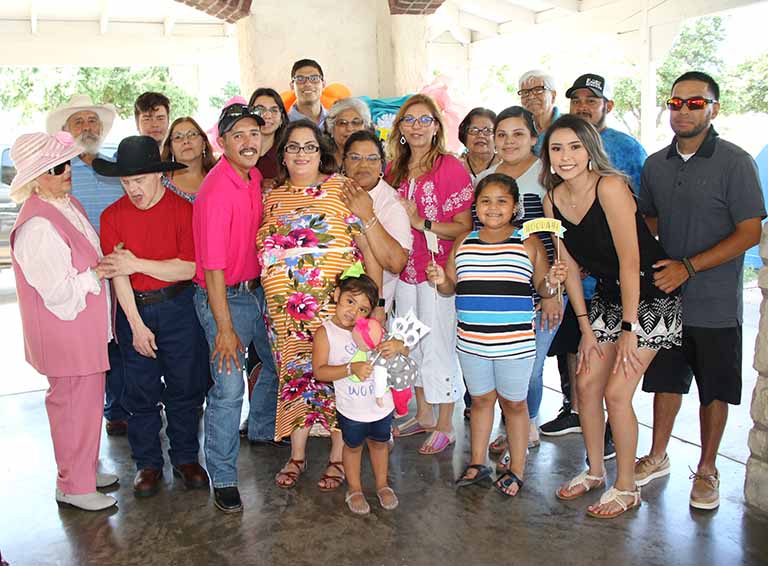 Nicole Sánchez with husband, Isaac and her familia. 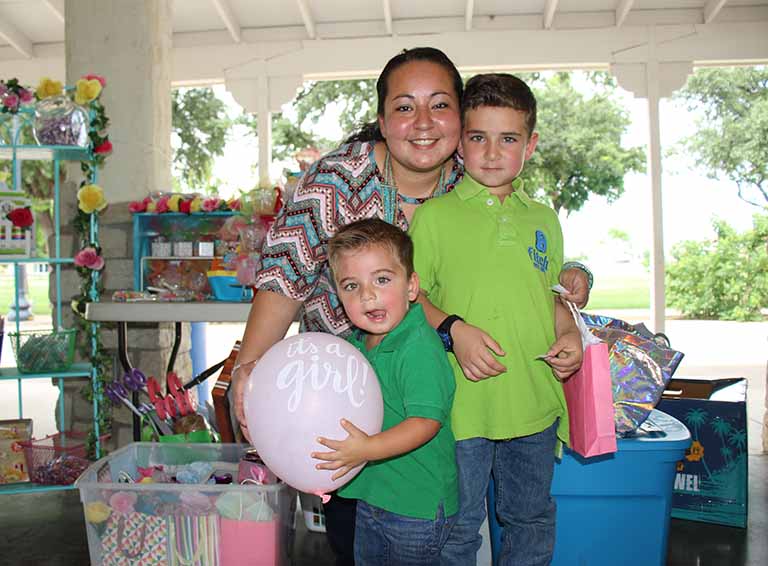 Alexis Korn and her adorable kids, Zane Korn, age six and two-year-old, Jak. Alexis brought her children with her to show support for her longtime friend, Nicole.

With phase I known as a Gender Reveal Party completed on Saturday, April 13, Phase II: Milagros Faith Project was held Saturday, June 22 in the way of a baby shower for Nicole as husband, Isaac and both sides of the family, friends and other relatives gathered together from 3 p.m. to 5 p.m. in the pavilion of El Paseo de Santa Angela. 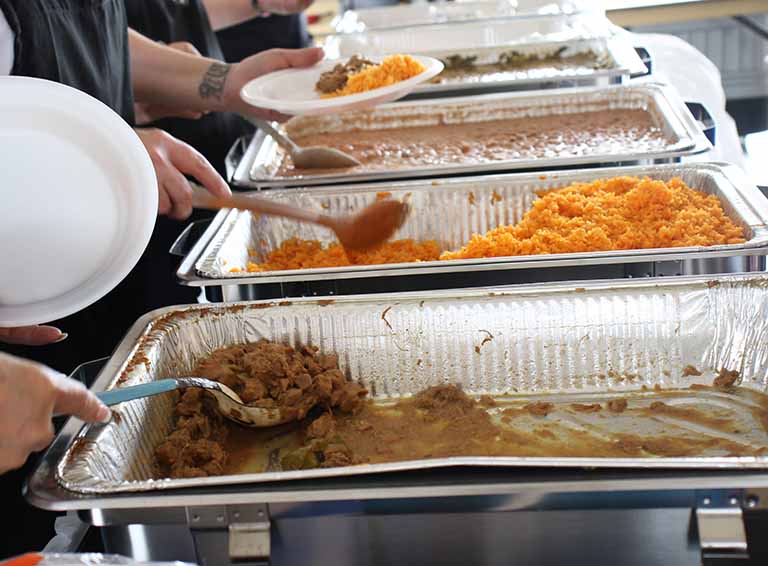 Prior to games and gifts being opened, Isabelle’s Catering Service dished out guiso which is stew, rice and beans. For drinks there was tea. And for dessert, a four-layered cake made of vanilla supreme with real vanilla bean, decorated with Looney Tunes characters was served. El Paseo de Santa Angela 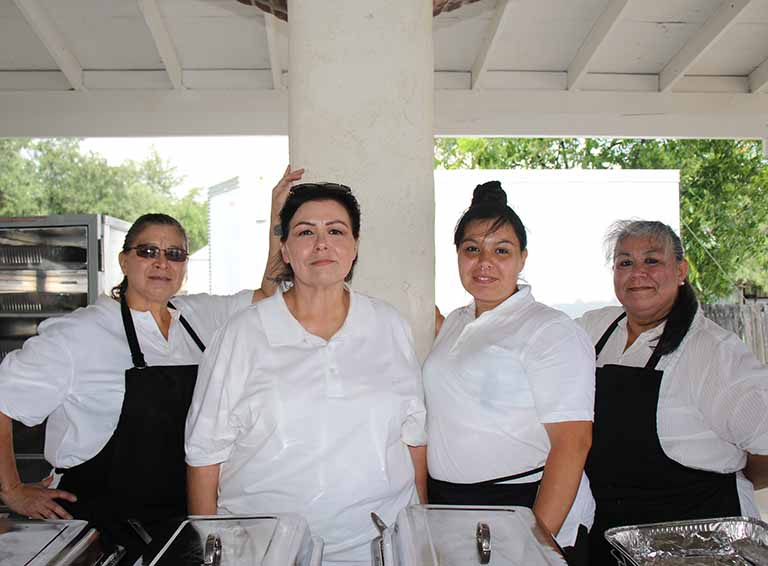 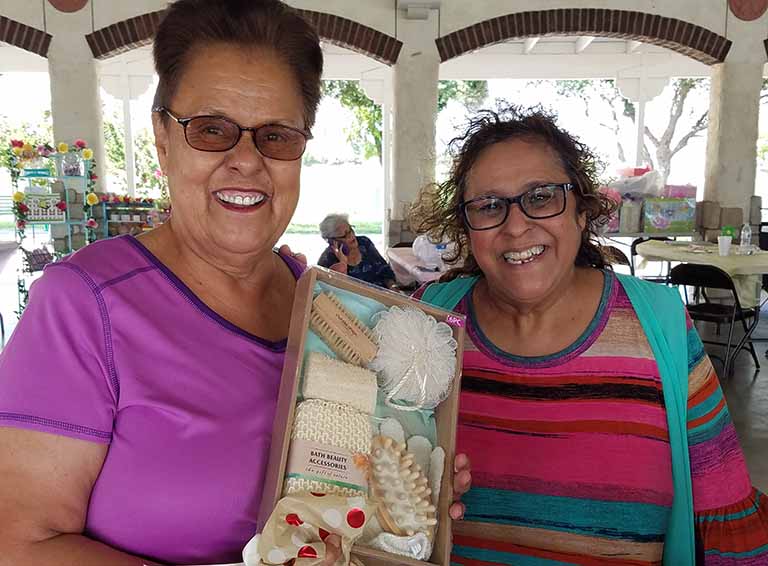 As for games played, one particular one was based on the popular 70s show, “The Price is Right.” The trio of hosts for this was Martha Lewis, Isaac and 13-year-old, Krystal Aguirre. The winner turned out to be Frances Canales who won a bath beauty accessories gift. 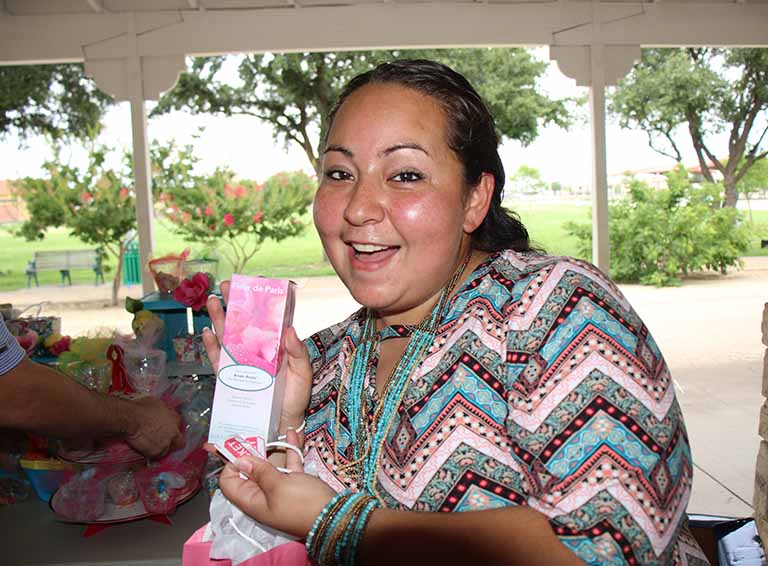 "Hey" Alexis Korn doing her best impression of "Look what I got here, give me a great big cheer!" 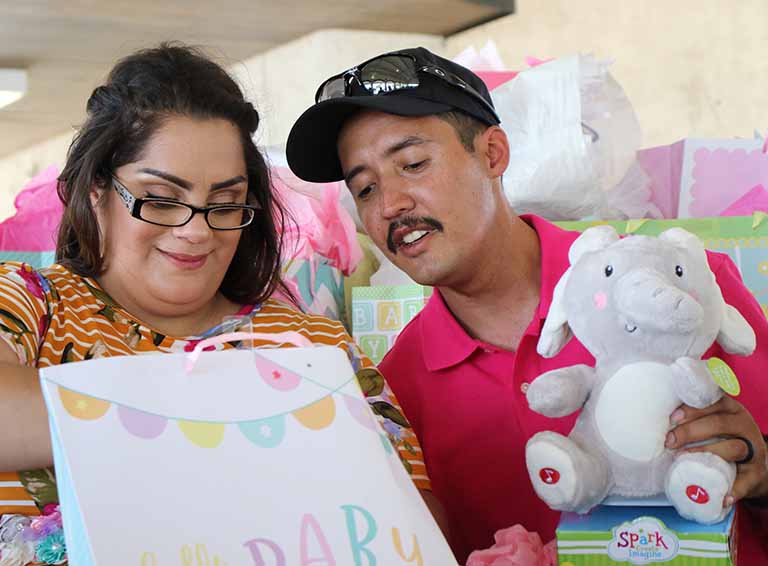 If you could only read Isaac's mind, he would probably be thinking. "Hmm, Nicole what else you got for Milagros' Daddy to play with?" 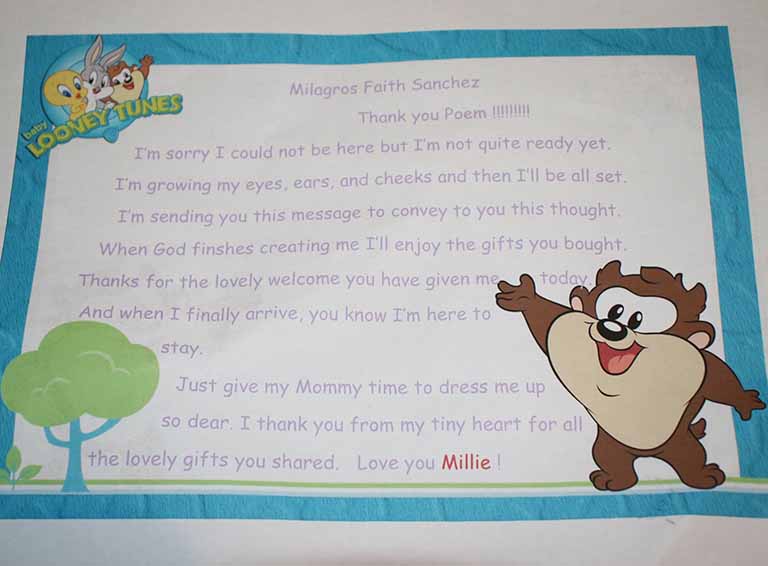 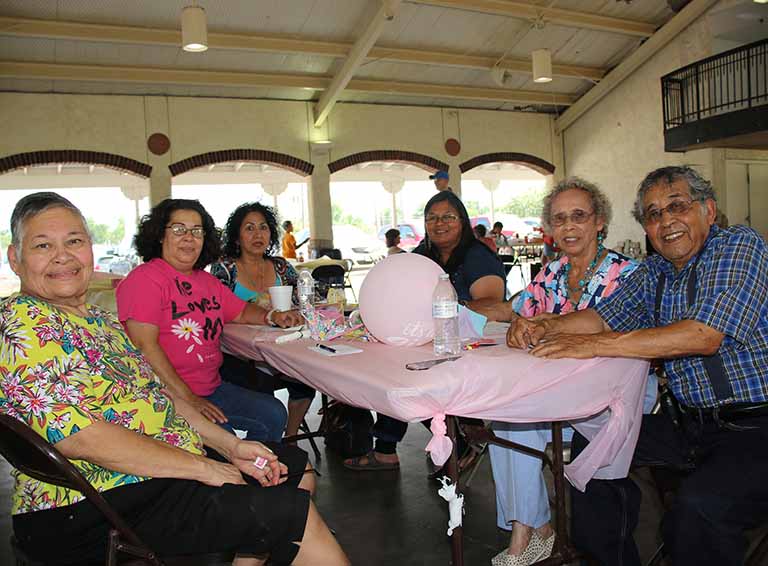 After the fun, games, and eating great food, everyone stayed to see Nicole open all the wonderful baby gifts. They ranged from baby clothes, diapers, baby bottles, stuffed animals, NOT one but two baby strollers etc.

Phase III of Baby Milagros Project will be completed in mid-September when she is born at Shannon Women and Children's Hospital.