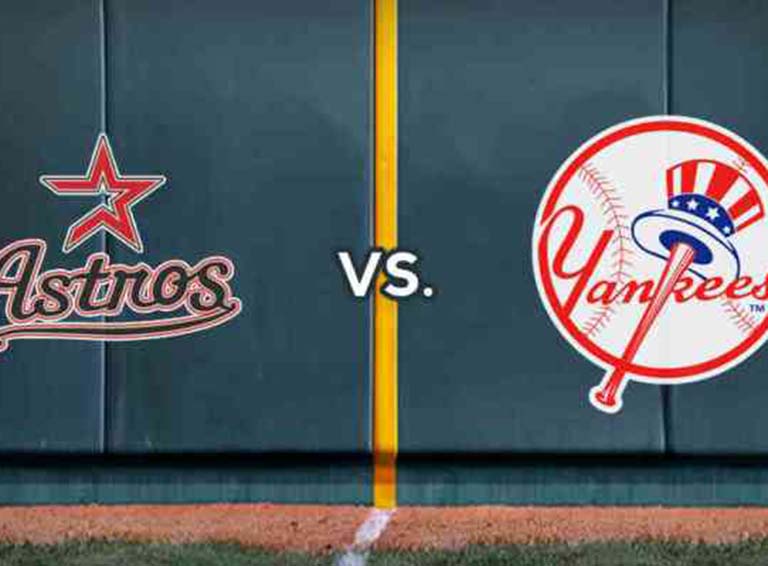 Friday night the 2017 ALCS begins with Game 1 at Minute Maid Park in Houston. The Astros beat the Red Sox in four games in the ALDS to advance while the Yankees edged out the Indians in five games to reach the ALCS. Here's how you can watch Game 1 and here's everything you need to know about the series.
A few hours prior to Game 1 both teams announced their 25-man ALCS rosters as well as their starting lineups. Here's the lineup the visiting Yankees will use in Game 1:
LF Brett Gardner
RF Aaron Judge
C Gary Sanchez
SS Didi Gregorius
2B Starlin Castro
CF Aaron Hicks
1B Greg Bird
DH Matt Holliday
3B Todd Frazier

Holliday will be making his 2017 postseason debut in Game 1. He was on New York's ALDS roster, though he didn't play. Not even one at-bat. Chase Headley and Jacoby Ellsbury shared DH duty in the Wild Card Game and the ALDS, and in the team's six postseason games so far, the DH spot has gone 0 for 20 with three walks and eight strikeouts. Ouch.
So, with a lefty on the mound for the Astros in Game 1, manager Joe Girardi decided to give Holliday a try at DH. He hit .231/.316/.432 during the regular season overall, though it was .262/.366/.511 in the first half and .179/.225/.300 in the second half. Holliday did hit .267/.366/.477 against southpaws in 2017, however, and if he's not going to start against a left-hander in Game 1, there's no real reason to carry him on the ALDS roster. Holliday gets a shot in Game 1 as the Yankees look for their first DH hit of the postseason.
Now here is the starting lineup for the home Astros:
CF George Springer
RF Josh Reddick
2B Jose Altuve
SS Carlos Correa
LF Marwin Gonzalez
1B Yuli Gurriel
DH Carlos Beltran
3B Alex Bregman
C Brian McCann

LHP Dallas Keuchel
Fairly standard lineup for the Astros against a right-handed starter. Beltran, a former Yankee, is making his second start of the postseason. He didn't have a particularly good regular season, hitting only .231/.283/.383 overall, but his postseason track record is incredible and manager A.J. Hinch has him in the lineup for the ALCS opener.