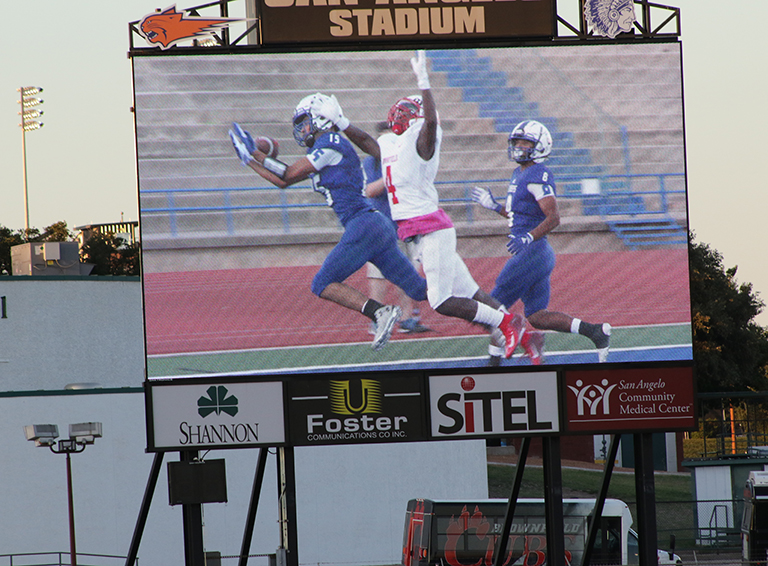 SAN ANGELO – For the second consecutive week, the Lake View Chiefs had another home game. And for the second time Lake View (1-5) came up empty with a loss, this one a last second heartbreaker to the Brownfield Cubs, 34-27.
Although the venue was the same, San Angelo Stadium, the day was different and so was the opponent, the Chiefs couldn’t put the Cubs (4-2) away despite a gallant effort from quarterbacks, Kendall Blue, backup quarterback, Albert Rodriguez and a defensive secondary that came up with five interceptions! 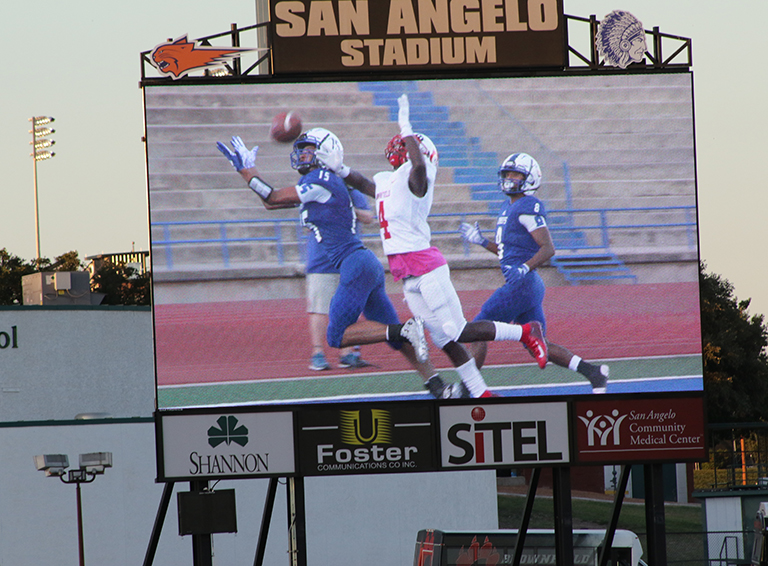 When Brownfield got the ball first, on their series marshalling toward Lake View’s side, Cubs’ quarterback, Brock Sires, was intercepted in the end zone by defensive back, Johnny Espinosa who had four picks on the night; Espinosa’s defensive backfield mate, Ahmad Daniels came up with the other one.

What the Cubs’ offense did right was to score when it counted, mainly on the last play of the game to break the back and the heart of the Chiefs team. Brownfield scored first when back, Chili Morin ran the ball in from seven yards out to make it 7-0 Cubs, with 6:57 left in the first quarter. Lake View responded with their own score as Kendall Blue took the pigskin in for a touchdown to tie the game, 7-7. 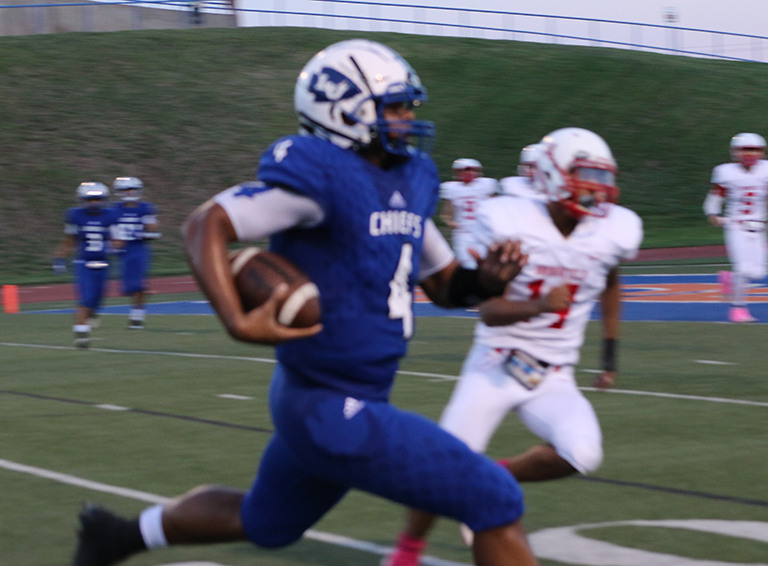 Two key plays occurred that took the air and the game to the Chiefs and ultimately cost them an opportunity to win. The first key happened right after Lake View’s Blue had scored on a long-drive. Cubs’ Morin scooted for 58 yards while making it look easy to go up by a score of 13-7 with 2:48 left in the first quarter (PAT was blocked).

Later in the second quarter, the Chiefs seized momentum when backup quarterback, Rodriguez, came in for Blue and threw a four-yard touchdown pass to Espinosa. When Blue returned to the game, he helped the Chiefs take the lead with his five-yard run to make it 20-19 at halftime, Lake View.

Unfortunately, the game is played in halves. The Cubs came from behind down the stretch to edge the Chiefs. The game was tied 27-27 midway through the third quarter. At the end of the fourth quarter just as in the beginning of the game, it was Brownfield who finally scored with four seconds left. Sires connected with receiver, Nunie Ramirez on a 13-yard touchdown that deflated any hopes the Chiefs had for a miracle comeback.
Up next for the Chiefs is a road game against the Hereford Whitefaces to close out the non-district season.
Kick-off from Whiteface Stadium is 7 p.m.