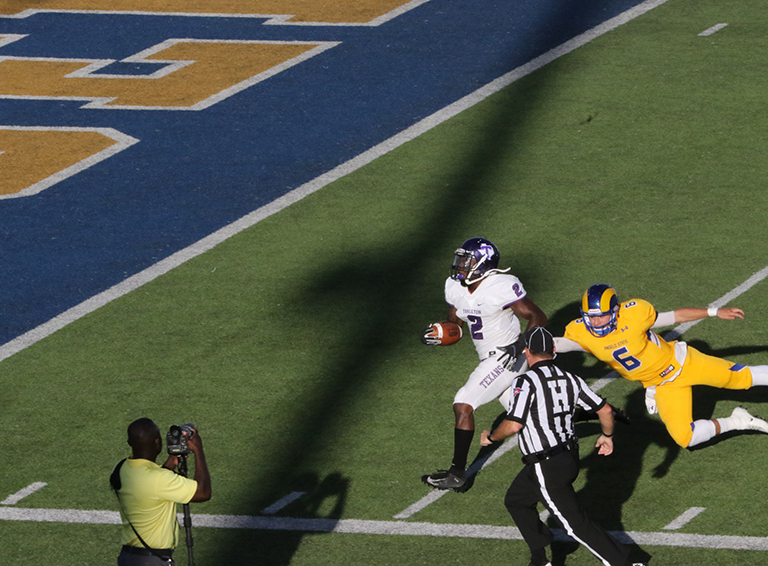 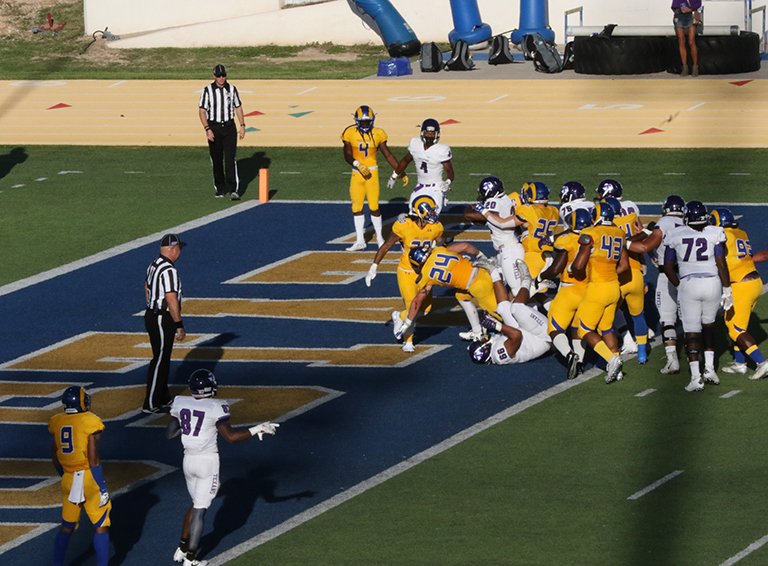 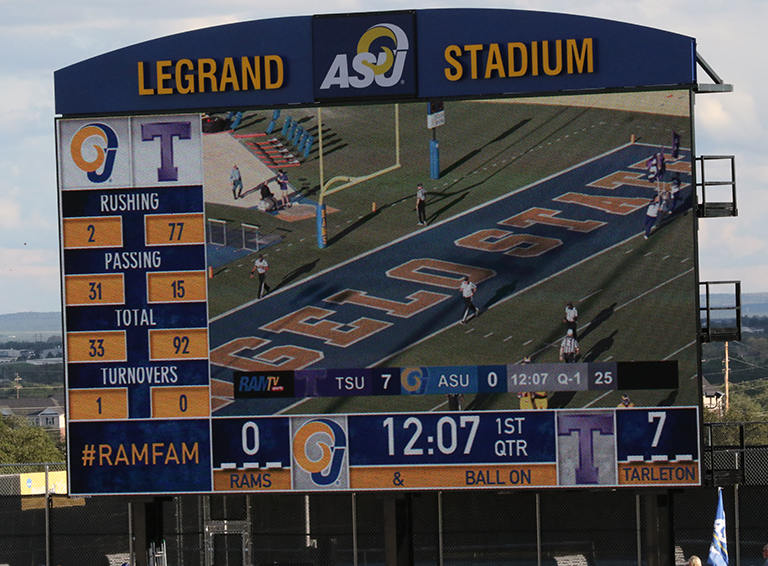 Rams' quarterback, Payne Sullins, saw the majority of time at quarterback for the first time all season, completing 26 of his 50 pass attempts for 363 yards and two touchdowns. Carsen Cook and Charlie Rotherham also saw playing time, completing another five passes for 75 yards.

With ASU already in a 13-0 hole after two early Texan interceptions, Keke Chism's first catch of the day came on the Rams' third drive. Chism hauled in a 17-yard pass from Sullins that put ASU just outside the red zone, but the Texans forced yet another turnover and capitalized for an early 20-0 lead just seven minutes in. 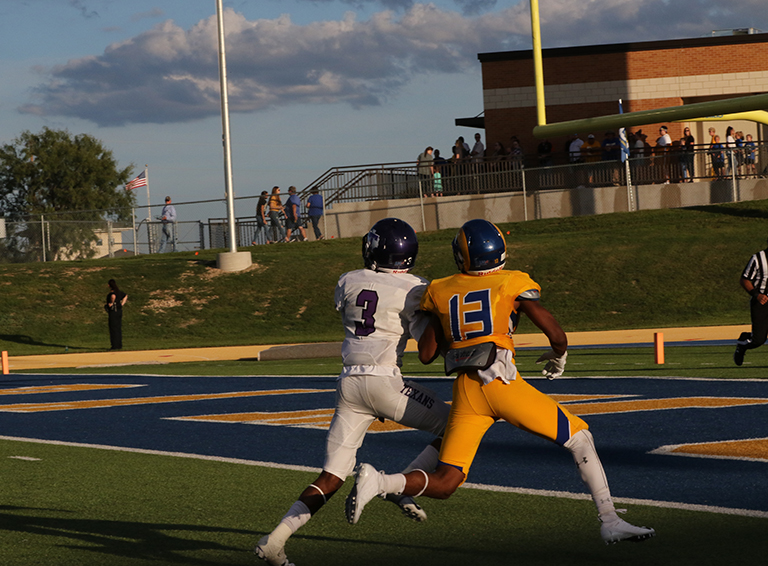 The Rams were finally able to get on the board with just under a minute left in the opening quarter after a shanked punt gave them a short field to work with. Sulllins completed a pass to Tashani Bibbs for 26 yards into the end zone, and when the first quarter ended ASU was down just two scores.

Tarleton scored again, however, and Angelo State's only other score in the first half came on another field goal from Flanigan, sending the two teams into the locker room with Tarleton State leading, 27-13.

The Texans opened the second half with a huge play, breaking off a 75-yard touchdown and the scoring again later in the third quarter to push their lead to 41-13.

ASU finally got another touchdown, scoring on a 69-yard drive that ended with Chism's only touchdown catch of the night, but Tarleton scored again to start the fourth quarter.

TSU's final touchdown of the game came with 7:58 remaining, but Markus Jones blocked the ensuing PAT for their final total of 54 points.

Angelo State will go back on the road next week, traveling to take on Western New Mexico at 2 p.m. in Silver City.

Angelo State University had a fireworks show at the conclusion of the Rams football game Saturday, Sept. 29. Also during the game, the Fort Concho Artillery fired a cannon each time the Rams scored. The game between the Rams vs Tarleton State Texans, won by Tarleton 54-33, began at 6 p.m. at LeGrand Stadium at 1st Community Credit Union Field. The area to the east behind the stadium was blocked off to traffic, pedestrians and parking.