Chiefs’ ruin own homecoming with blown opportunities against Yellowjackets 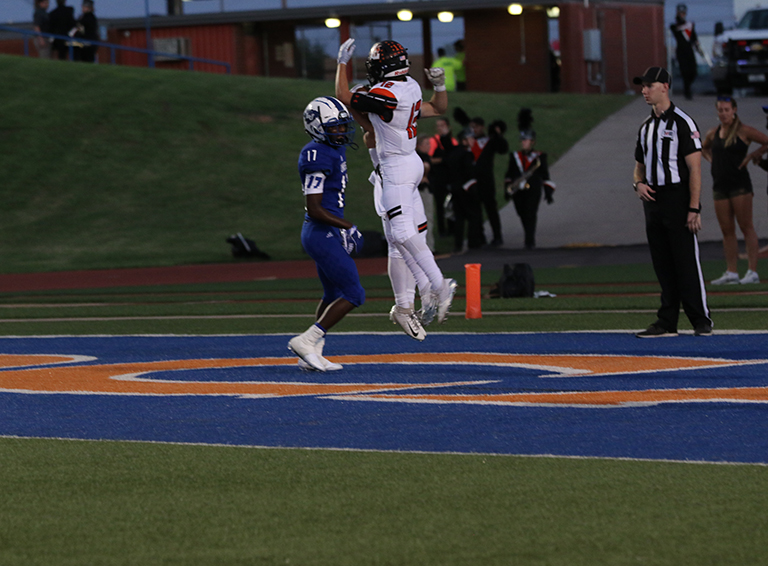 SAN ANGELO – The Lake View Chiefs blew not just one golden opportunity but more than their fair share in the first half against the Llano Yellowjackets. At the end of the first quarter, Llano led 7-0; Lake View was still in it at the half, down 14-7.
But 13 points by Llano to zero points by the Chiefs in the second half, ruined their homecoming night. The final score was Yellowjackets 27, Chiefs 7 in a game played at San Angelo Stadium. 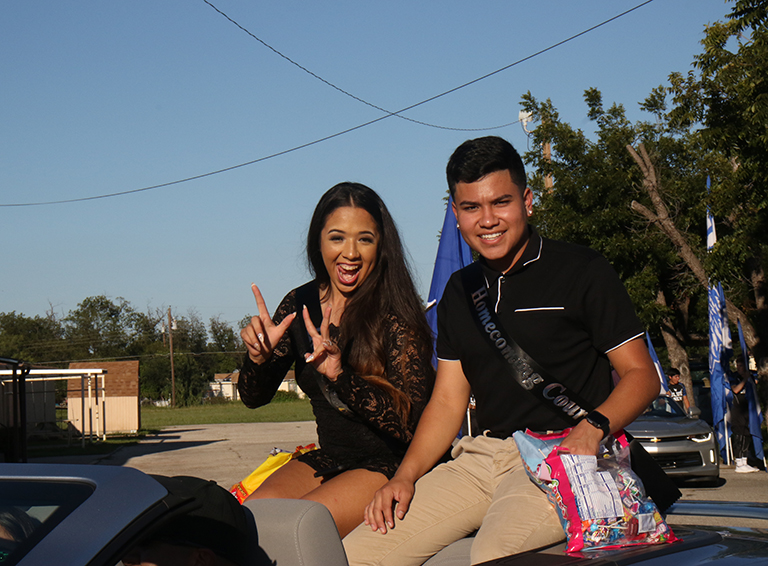 Prior to the homecoming game, the 2018 LVHS "Pride of the Northside" king and queen crowned were--  Xavion Antu and Mallory Govea. 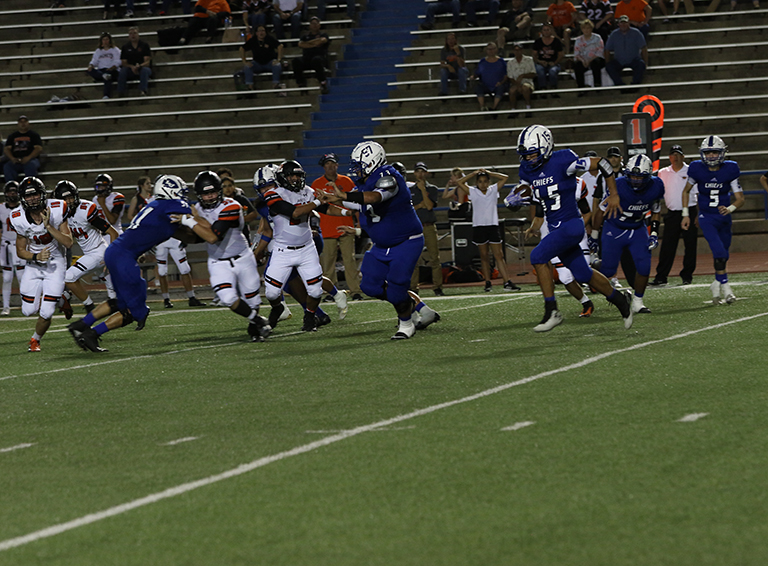 In the early going both teams played to a standstill as neither could gain advantage over the other. Case in point, both defenses came up with interceptions early in the first quarter to thwart scoring opportunities.
Upon a closer look at those lost opportunities to cash in on points, the Chiefs’ defense and special teams got two interceptions and a blocked punt, however the offense failed to produce anything. 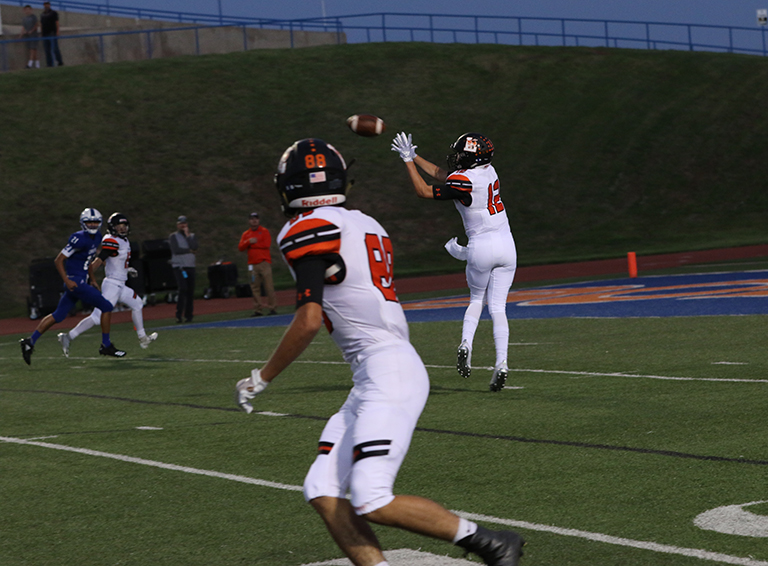 Llano settled down after that and scored when quarterback, Kendall Downey, threw a short pass over the middle of the Chiefs’ defense as receiver, Case Kuykendall scored an easy, uncontested touchdown. The Yellowjackets led 7-0 with 5:08 left in the second quarter. 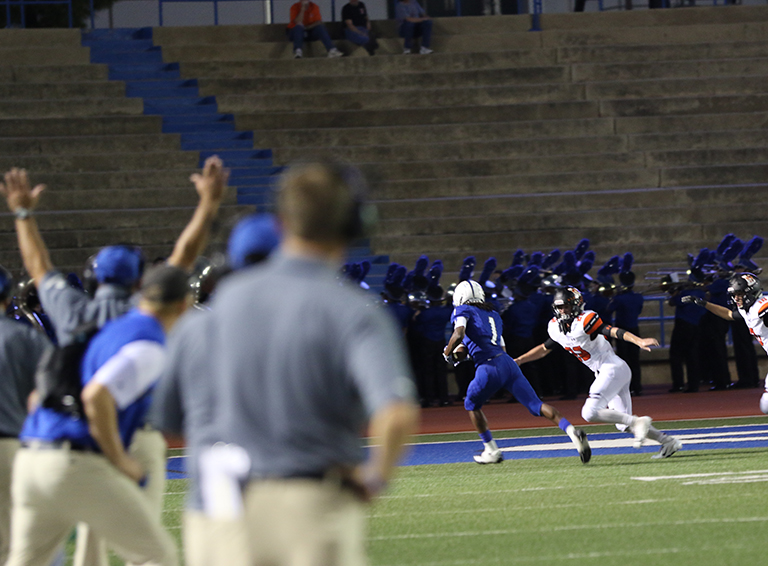 The Chiefs answered the Yellowjackets touchdown with one of their own when quarterback, Kendall Blue, threw a 25-yard touchdown pass to wide receiver, Ahmad Daniels to tie the game, 7-7 with a minute left before the half.
That’s when another opportunity for the Chiefs to go in at half-time tied, got away from them. After Lake View’s offense worked really hard to score, on the kick-off, the Chiefs’ special teams let the Yellowjackets’ return team off the hook as Quincy Price took it to “the house” on a 75-yard touchdown run. The half ended with Llano ahead 14-7.

The Yellowjackets closed out the Chiefs with a touchdown in the third quarter and two fields as insurance against any comeback by Lakeview. The Yellowjackets’ 27-7 win, improved them to 4-1 while the Chiefs fell to 1-4.
Lakeview, on a three-game losing streak, tries to break it when it hosts the Brownfield Cubs on Thursday, October 4 in a 7 p.m. kick-off from San Angelo Stadium.