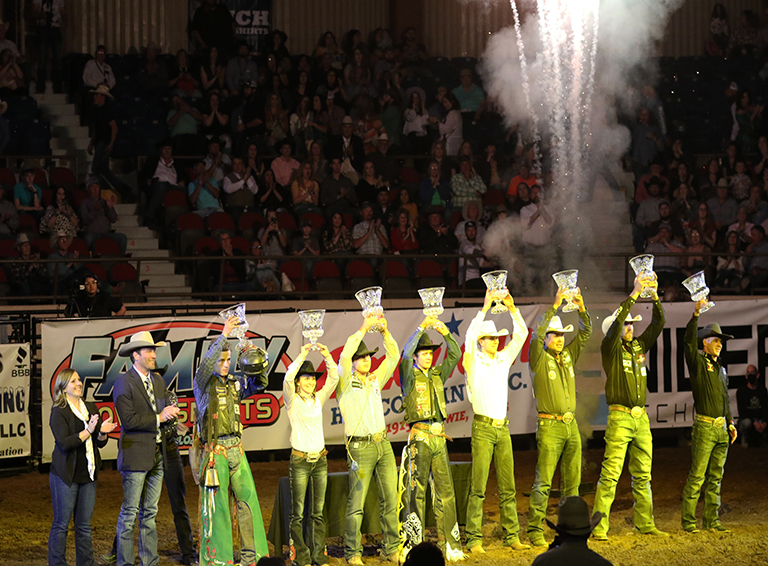 SAN ANGELO – The 10th anniversary of the San Angelo Cinch Chute-Out had a little bit of everything anyone might ever witness at a rodeo.
The near-highlight of it all was two-time all-around world champion Stetson Wright, who nearly pulled off a double victory Saturday night at Foster Communications Coliseum. He won the saddle bronc riding championship and was in position to win the bull riding title, too.

Since none of the cowboys managed to stay on their bulls, that didn’t happen. Instead, Josh Frost of Randlett, Utah, claimed the title by having the best score in the opening round, an 88-point ride on Pete Carr Pro Rodeo’s Curley Bill.
The steer wrestling was exceptionally fast, with six cowboys posting sub-4 second runs, yet the crown ultimately went to 2017 world champion Tyler Pearson of Louisville, Mississippi, after posting a 3.54-second run.

The first round of saddle bronc riding also featured difficult horses to handle. Only half of 10 cowboys managed a score, and Wright walked away with the title after an 88.5-point ride on Carr’s Big Tex.

Team ropers Erich Rogers of Round Rock, Arizona, and Paden Bray of Stephenville, Texas, won the trophy after posting a 5.03-second run.

Finally, barrel racer Amanda Welsh posted the fastest run of the three-week rodeo by stopping the clock in 14.280 seconds to win her first Cinch Chute-Out title. 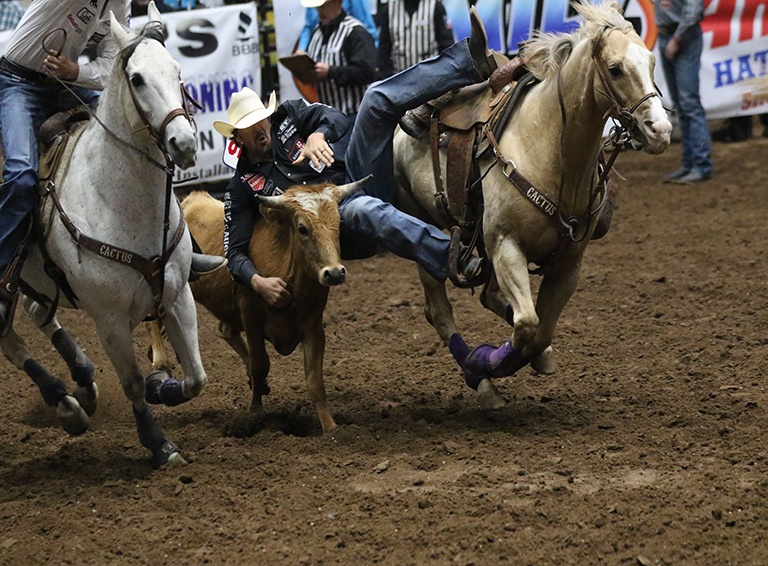 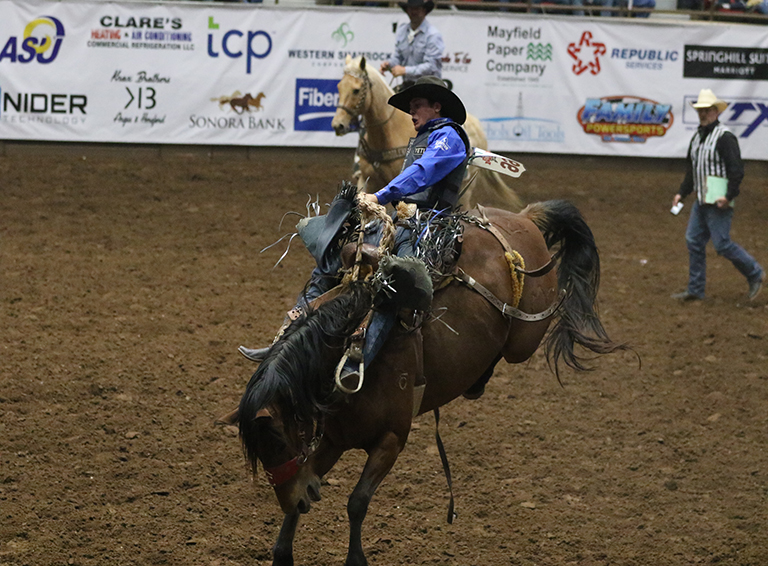 Bull riding: No qualified rides. Josh Frost wins the title based on his first-round ride.