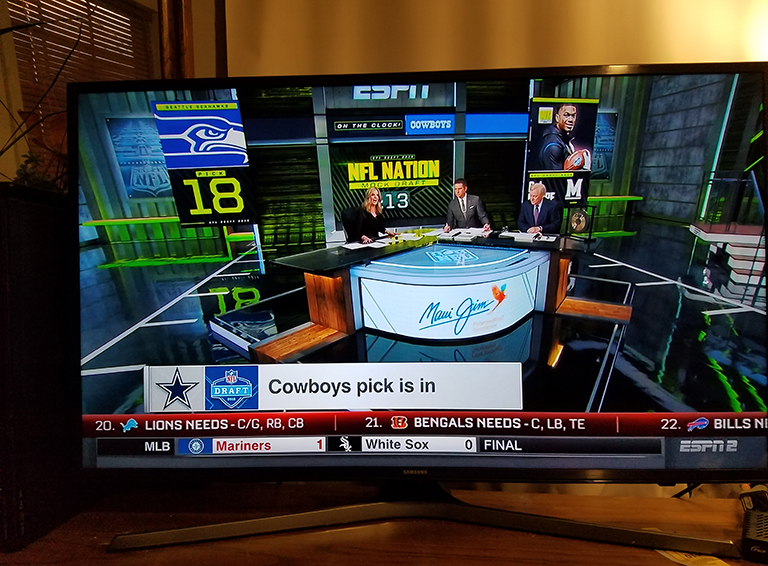 This evening Cowboys media sports reporter, Todd Archer, came to the podium to make the pick on NFL LIVE's mock draft which was held on ESPN television, two days before the real three-day extravaganza [April 26-28] for die-hard football fans.
Archer based his mock pick on interviews he had with Dallas coaches who liked Vander Esch because of his ability to play all three linebacker positions in a Tampa Two defense. "His production matches the athleticism."

While that scenario may actually play itself out, this sports reporter would be more interested if the 'Boys selected a wide receiver. While Dallas has sure weaknesses at four positions, two on defense, two offense, NFL pundits
believe this draft is deep at the receiver and back positions to where the Cowboys can go defense first and address receiver in the second round.

Two receivers to keep in mind are Calvin Ridley from Alabama who is considered NFL ready as he combines deep speed and precise route running; something that the 'Boys sorely lacked from previous X factor wideout, Dez Bryant.
The second receiver who reminds me of Bryant from a physicality is DJ Moore from Maryland. Moore is similar to Bryant in size and toughness, but may have a little bit of an edge on "X" Dez when it comes to speed.

The most intriguing aspect of the Draft of course will be the quarterback position as five may possibly be drafted within the first 15 picks. Teams who are in dire need of a starting quarterback are: Cleveland Browns with the NO. 1 selection. My calculated guess is the Browns choose Sam Darnold from USC. Then the New York Jets have the third pick [ here I say it is Baker Mayfield, Oklahoma], Miami Dolphins are on the clock to pick at NO. 11 [Josh Rosen of UCLA] followed by the Buffalo Bills with pick NO. 12, which is Josh Allen out of Wyoming. And the Arizona Cardinals get to pick at NO. 15 which I am going out on a limb and say it is Lamar Jackson, Louisville. 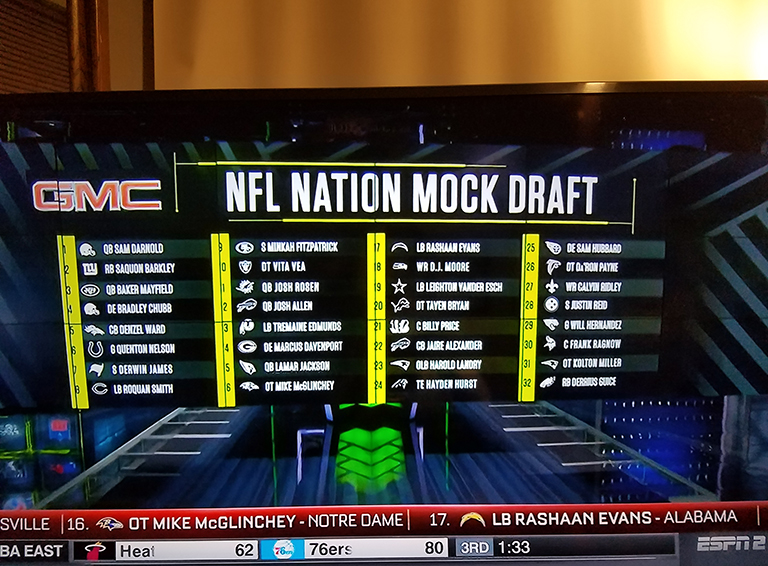 Here is a look at the 32 football players drafted in NFL LIVE's 2018 mock draft. The players were drafted by ESPN media sports reporters who covered their respective teams.

Round One of the 82nd NFL Draft kicks-off at 7:00 p.m. Thursday, April 26 on ESPN which takes place this year outside of AT&T Stadium in an area that measures 26 football fields.