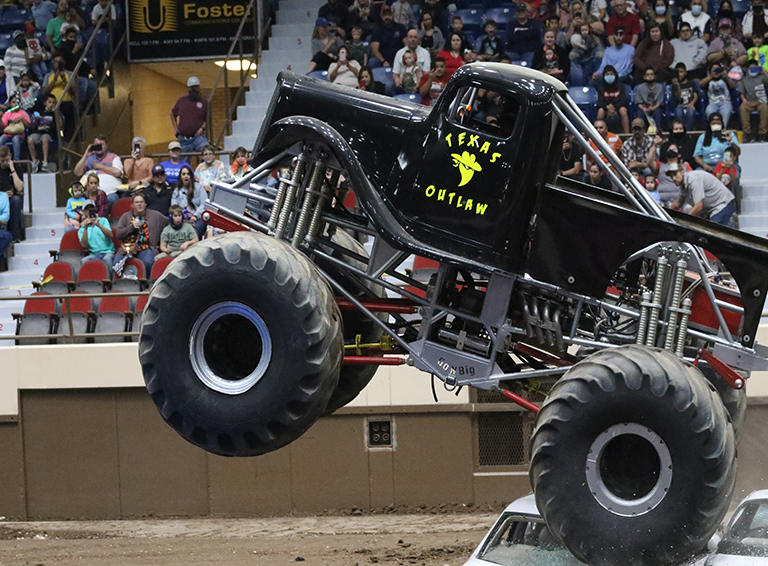 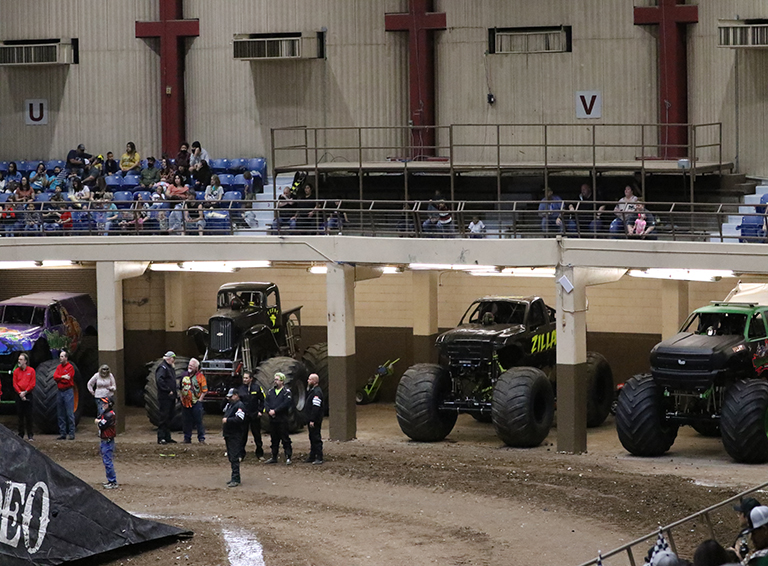 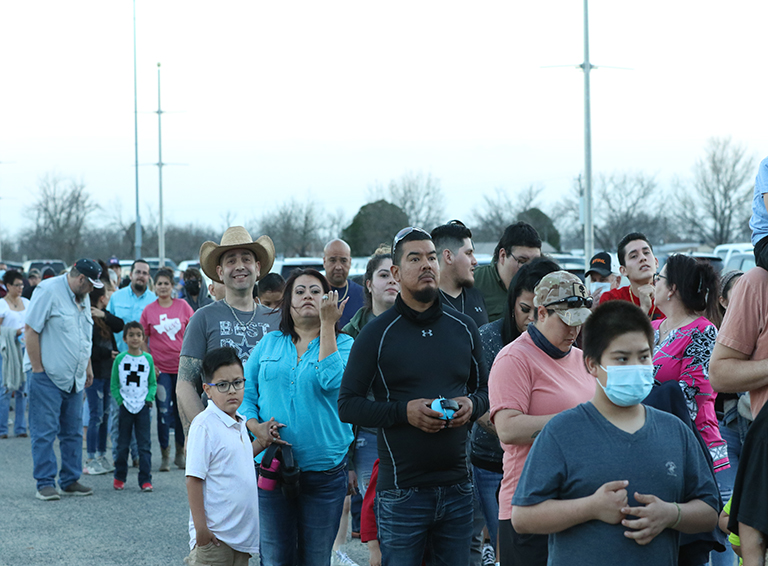 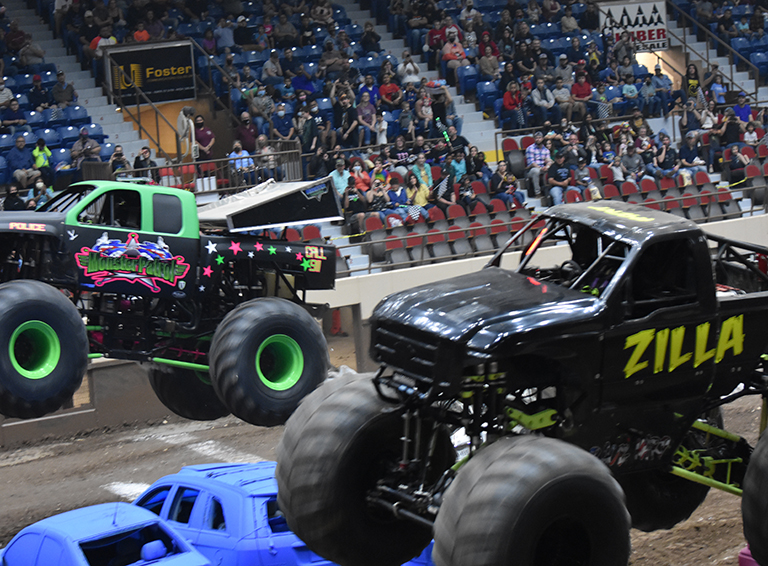 Beckley challenged 3,000 l adrenaline, pumped up gearheads when he said “the louder the crowd noise, the crazier we get.” When the gauntlet was thrown down, the attendees attempted to match the same intensity level as the “Big Boys’” monster trucks: Zilla, Sykotic, Bearfoot, and Master Patrol. “People work hard and play hard. The professionals who come to entertain them also “play hard” said Beckley, a diehard, gearhead himself. A gearhead is a person who pursues mechanical interests, (as in automobiles, trucks.) 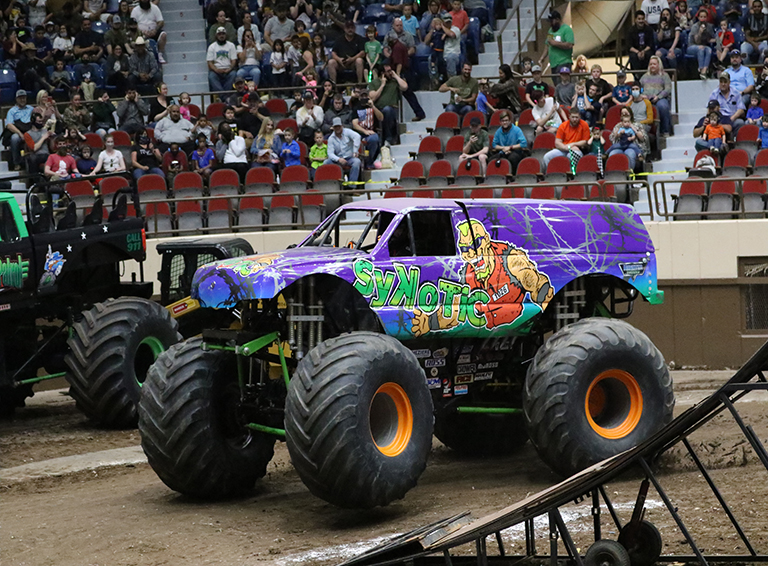 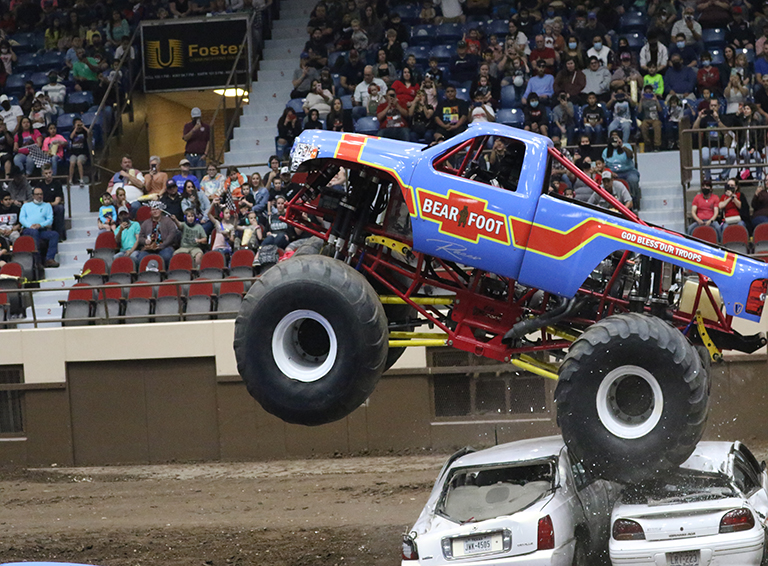 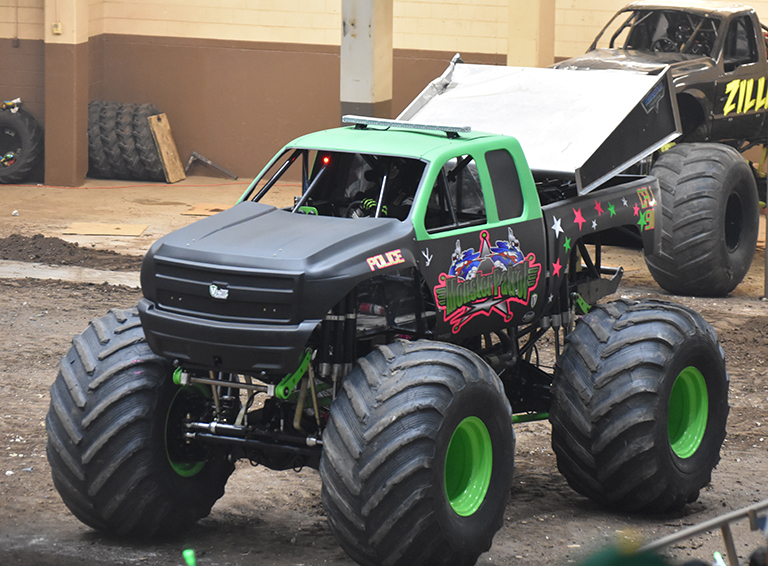 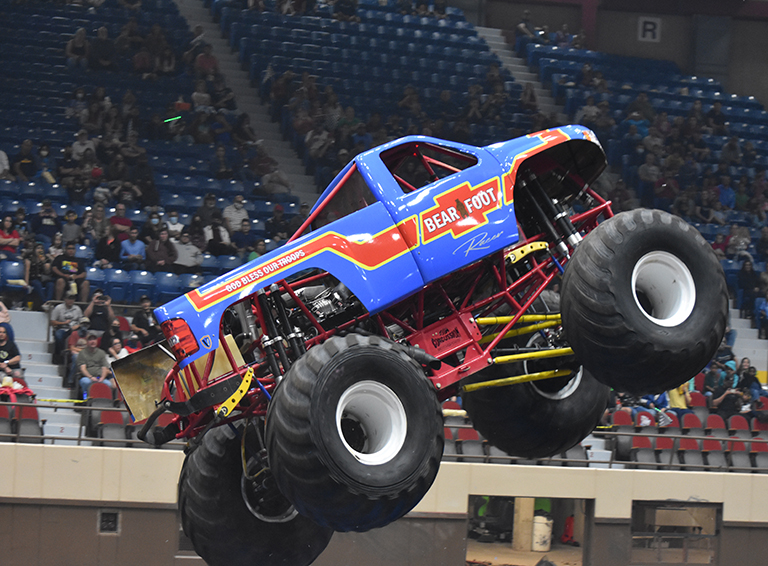 Ed compared his Saturday, March 13, 2021, Monster Truck Show to a rock concert, only this one was fueled by 2000 horsepower engines where the “Trucks can get airborne as high as 30 feet in the air.” A Monster truck measures 10 feet tall, is 14 feet wide by 20 feet long, and weighs about 9000 lbs.

Four professionals: Ricky Fowler owner of Monster Truck- Zilla, Dale Waldron in Sykotic, Paul Shafer, owner of both Bearfoot, and Master Patrol, Trucks, competed against each other during the nearly three- hour show. 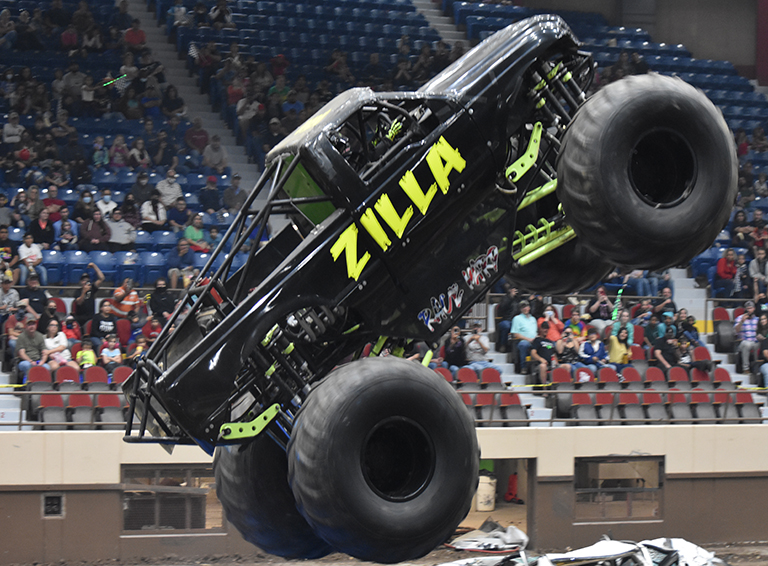 This year’s 2021 'No Limits Monster Truck' champion turned out to be Ricky Fowler. 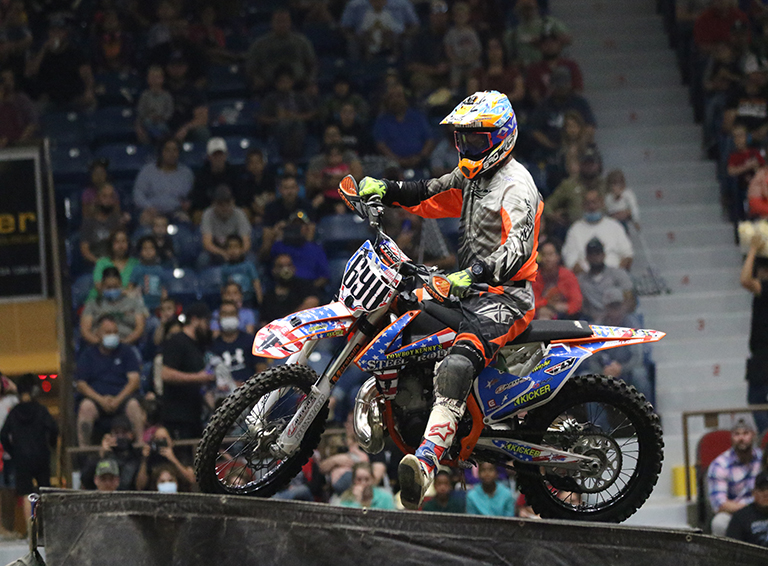 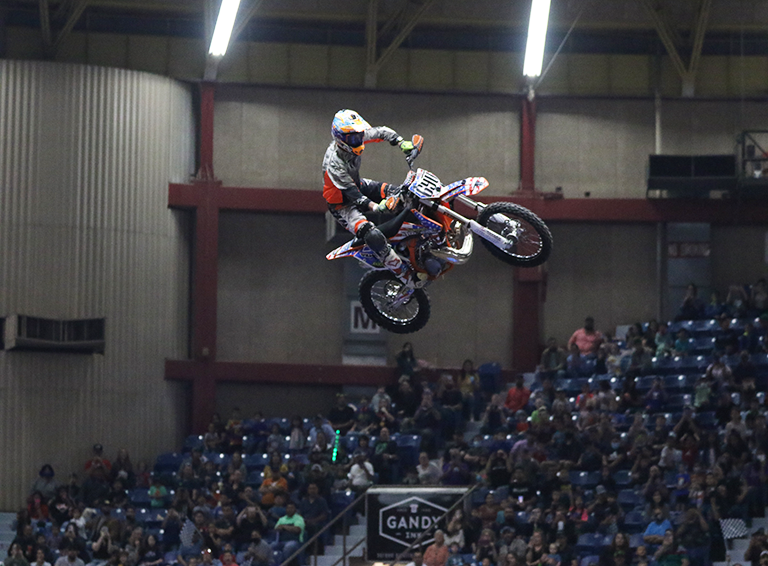 Also appearing was Kenny Bartram, an American professional freestyle motocross rider, who put on a show with his “high-flying aerial stunts that were incredibly spectacular. 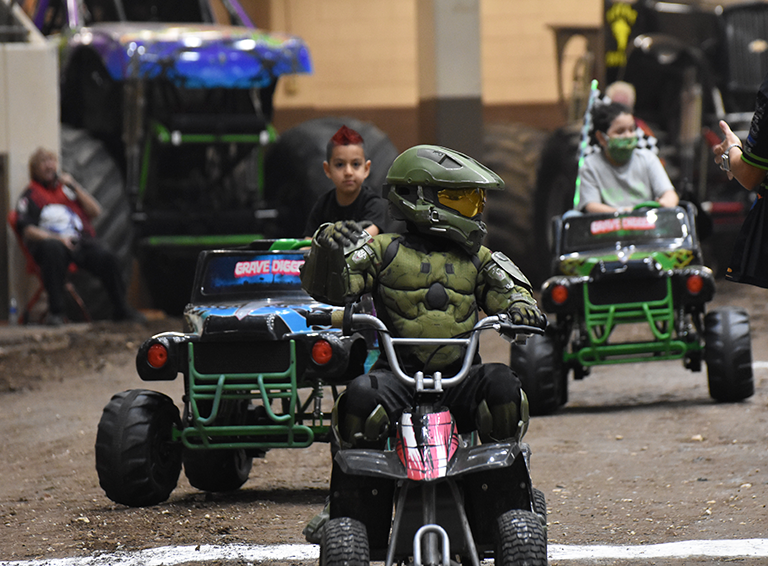 On the undercard was a Kids’ Power Wheel races competition. All of them drove their vehicle on a safe, fun dirt track against others in their own age group, 3-year-olds to nine-years-old. 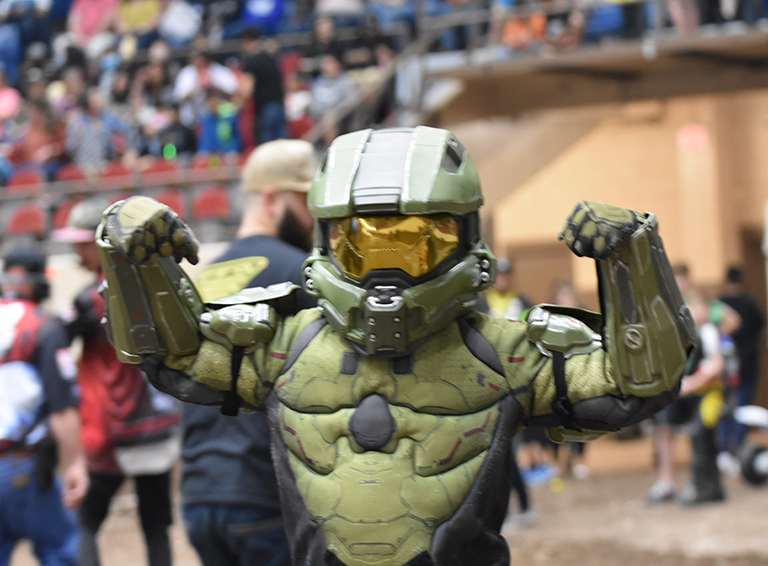 One of the kids who won his race against eight-year-olds was Jayden “Master Chief” Ceniceros (Jayden’s father is Tony Jimenez.) 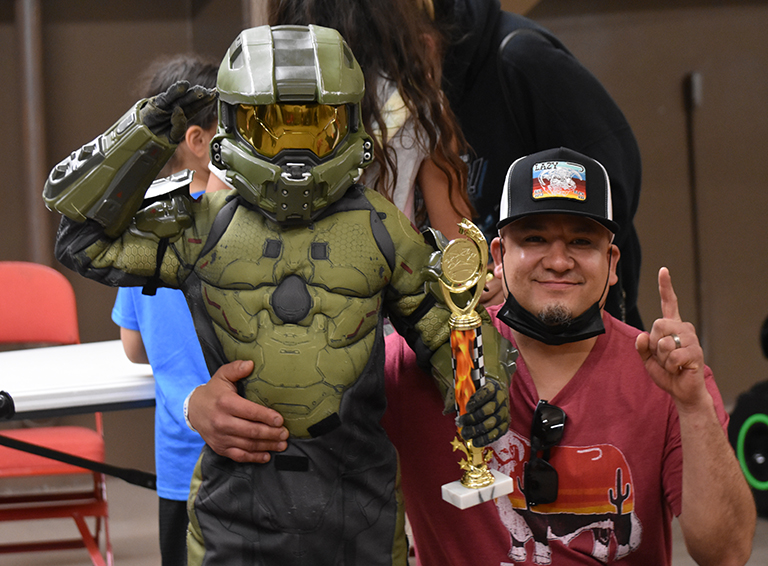