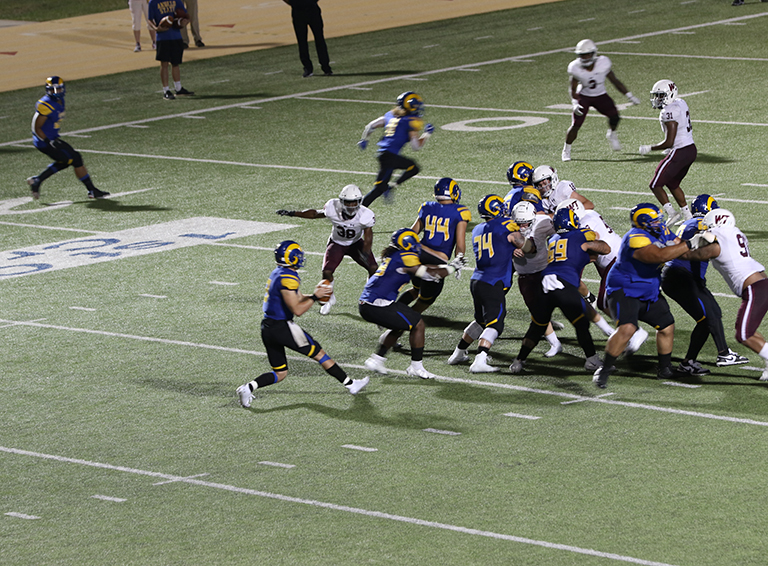 SAN ANGELO–The Angelo State University Rams put together a complete game in its first competition as the Rams opened the 2020 season Saturday evening with a 21-10 win over West Texas A&M Buffalos at LeGrand Stadium at 1st Community Credit Union Field. 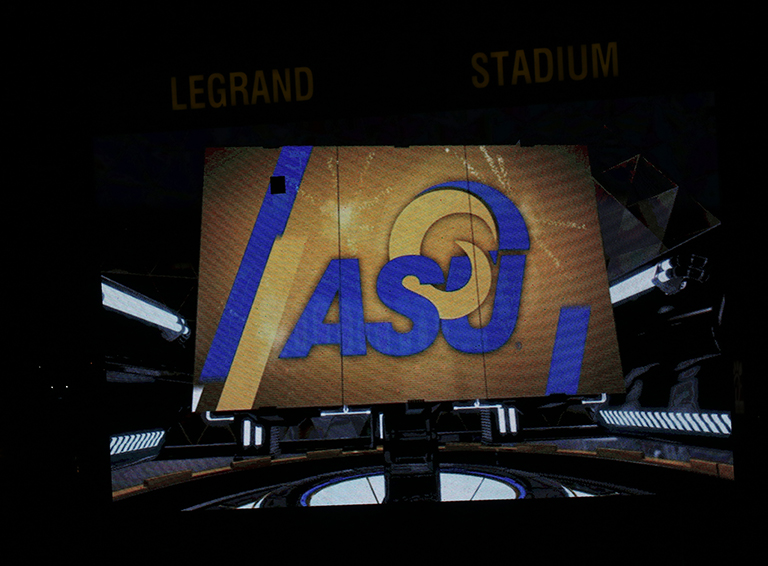 The Rams improved to 1-0, picking up their second straight win over the Buffs, which fell to 1-1 on the season.

West Texas moved the ball quickly to start the game, opening its first drive with a touchdown, going 66-yards off of 12 plays, capping off the drive with a three-yard touchdown pass to the corner of the endzone. After Angelo State punted for the second time, the Buffs had a chance to go up by two possessions but missed a 48-yard field goal. 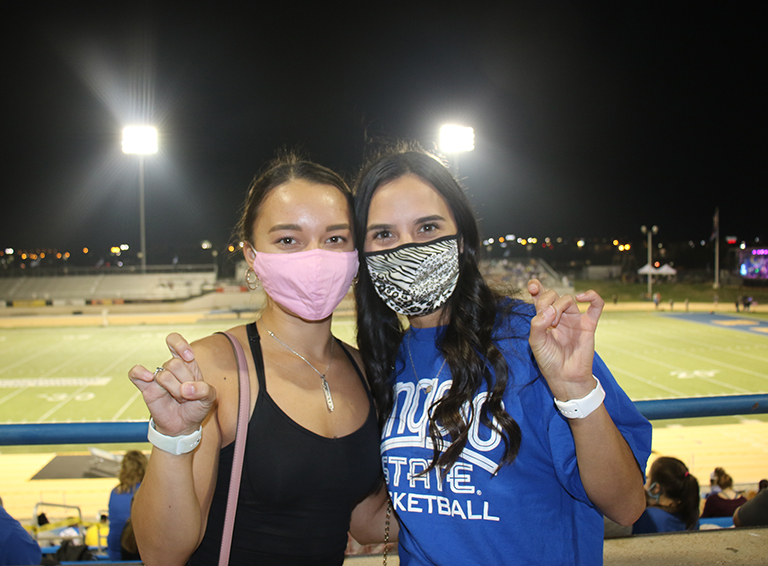 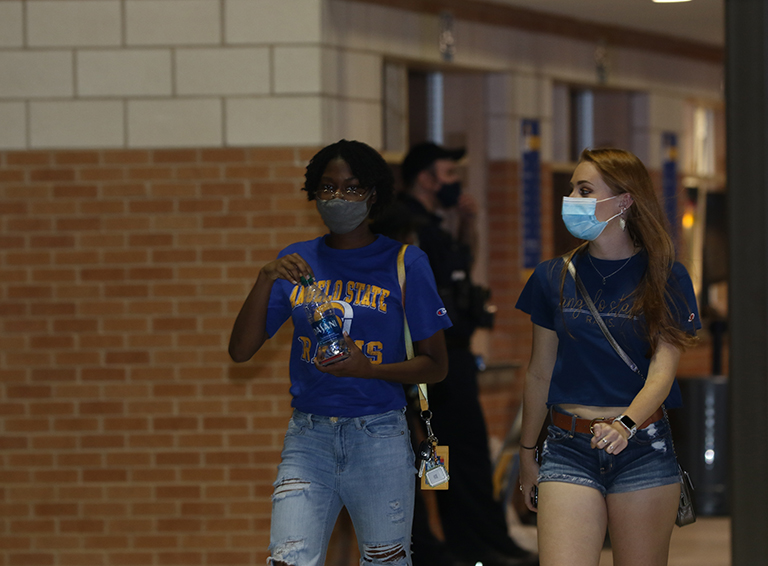 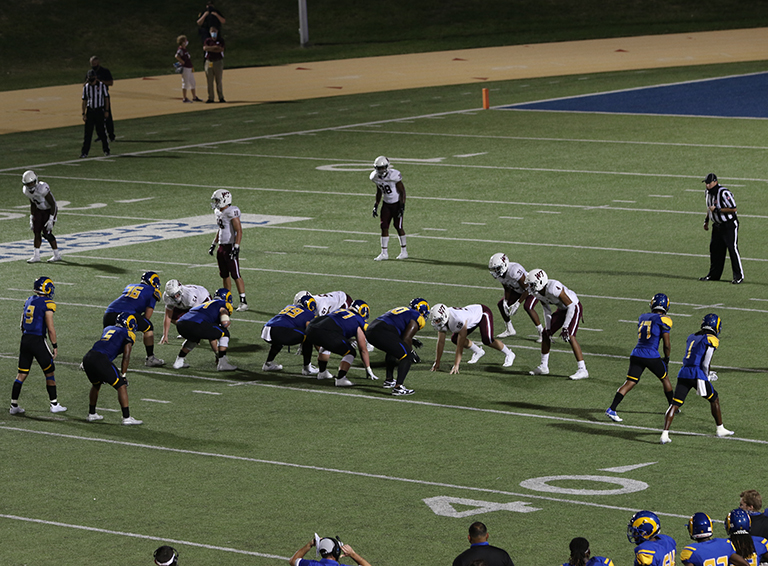 With 3:06 left to play in the first quarter, ASU's Zach Bronkhorst drove the Rams down the field with five straight completions, including a 20-yard gain to Kellen Pachot. Carl Odom punched the ball in for a score to tie the game from two yards out, earning his first touchdown for the Blue and Gold. Bronkhorst finished 18-for-28 passing in his first start, throwing for 178 yards with no interceptions and added 25 yards on the ground.

As the Rams settled in defensively, they forced a Buffs punt before driving 69 yards on 13 plays to score their second straight touchdown, a 6-yard run by Nathaniel Omayebu III, to go up 14-7.

With momentum shifting to the Rams, West Texas tried to get things going again, taking the kickoff 57-yards to ASU territory. The Buffs followed that up with a 34-yard completion to the eight-yard line. After two rush attempts, West Texas dropped back to pass on third down before Daron Allman picked up his first sack of the game for the Rams, forcing a field goal to make it 14-10.

ASU ran for 178 total yards of offense while West Texas managed 86 yards. The Rams also edged out WT in the passing game, 194 to 189. Omayebu finished with a team-high 76 yards rushing, followed closely by Odom with 74 yards.

Eight different Rams players caught a pass in the game with Landry who tallied 41-yards on five catches, followed by Pachot with four catches and 39-yards. Tight end Dagen Dunham, who moved over from defensive line last season, finished with a team-high 47 receiving yards, including a 44-yard catch and run.

Nearing the end of the third quarter, Angelo State got inside the five-yard line after calling a wide receiver pass as Landry threw a 15-yard pass to Bronkhorst who made the grab. Alfred Grear scored ASU's third rushing touchdown from two yards out in the opening minute of the fourth quarter. 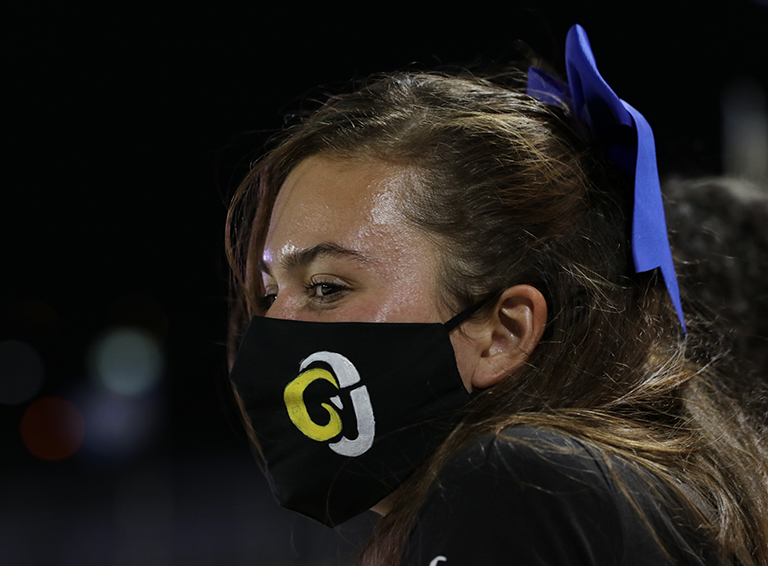 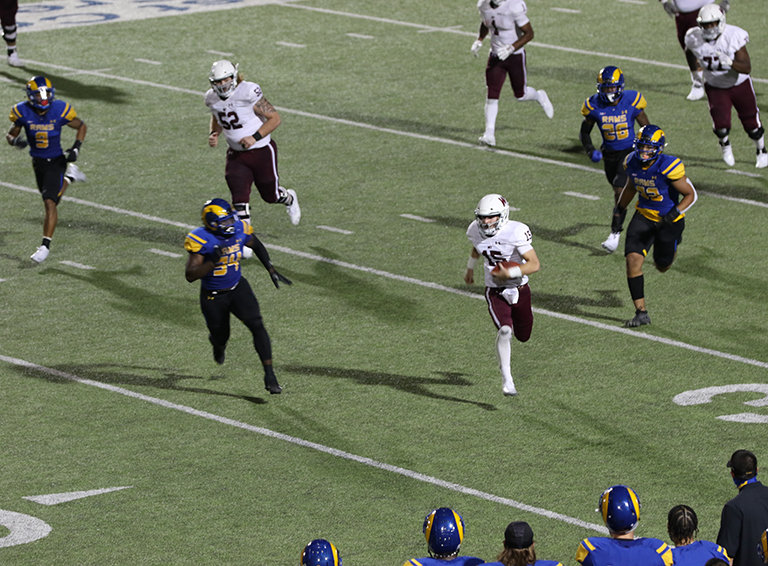 Defensively, DeShaun Douglas, Allman, and Weston Bauer each had nine total tackles while Allman added 2.5 sacks on the night, and Douglas collected one interception.

The Rams will take next week off before traveling for their first road game of the season, taking on Stephen F. Austin on October 10. 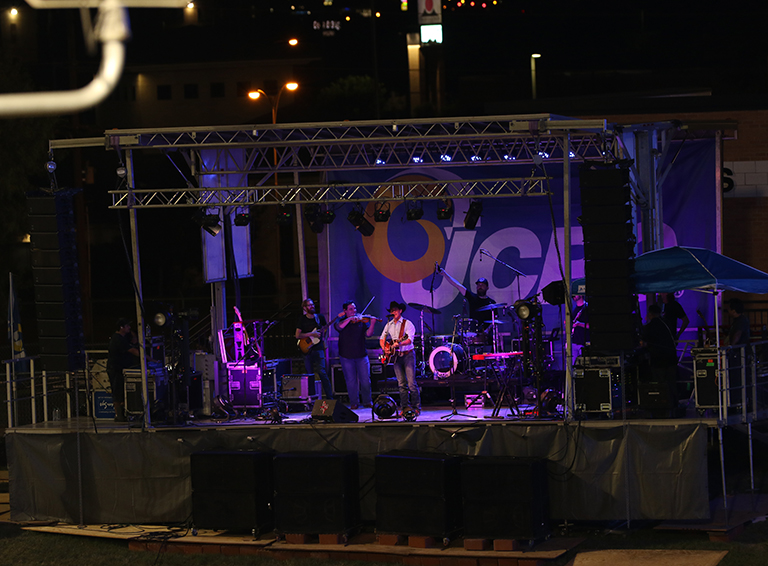 Aaron Watson and his band were this year's selection by ASU's Concert Committee as its' first show of the Ram Jam football season.