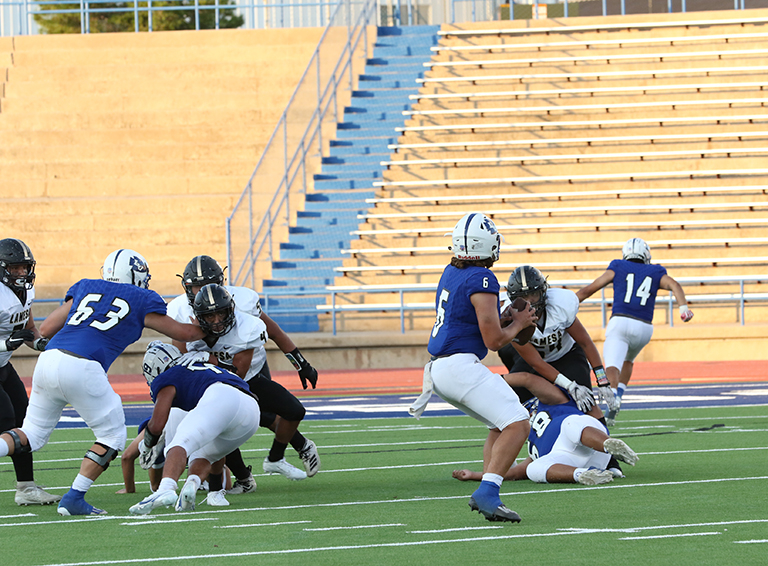 SAN ANGELO – In Friday night's non-district COVID 19, season opener between the Lake View Chiefs vs Lamesa Tornadoes, the brightest light that shone was that of Albert Rodriguez, senior quarterback for the Chiefs.
Rodriguez lit up the skies with his down-the-field, air-raid assault as he led a high-powered offense to three scoring drives in the first half to bury the Lamesa Tornadoes, 35-8 in a home game at San Angelo Stadium. 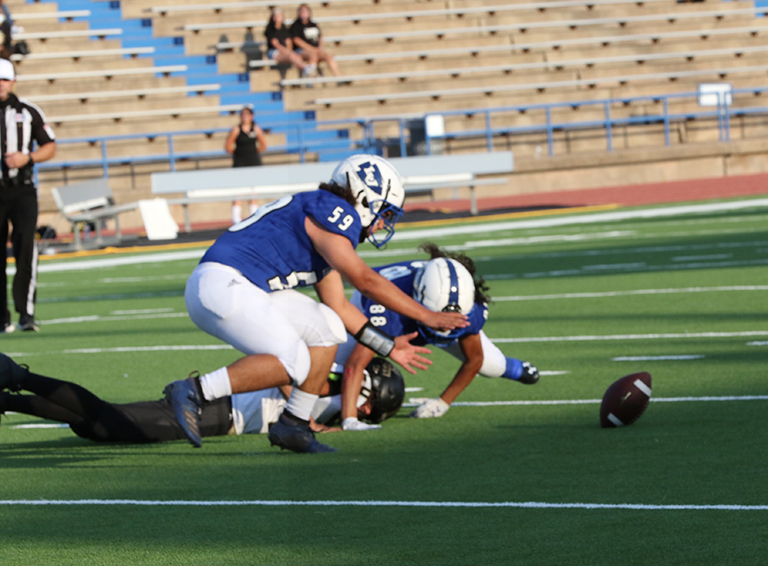 Before the Chiefs buried the Tornadoes with explosive plays, Lake View’s defense set the tone when Ezekiel Davila forced Lamesa quarterback, Pedro Barrioz, into a fumble. Right on the heels of Davila was his teammate, linebacker, Adrian Mascorro, who was there to recover the ball. The Tornadoes were in scoring range on their first possession at the Chiefs’ 20-yard line when Lake View’s defense stone-walled them.

Lake View’s first touchdown came when Rodriguez took his team 80 yards with the big explosive play being a 60-yard touchdown catch-and-run by wide receiver, Tristan Franklin. After PAT, it was Chiefs 7, Tornadoes 0 with 6:53 left in the first quarter. Rodriguez marshaled the offense to scoring points in three out of five opportunities before the half.

On Lamesa’s second possession, the Tornadoes failed to pick up a first down on fourth-and-short. Rodriguez again went to the air as he connected with a different receiver, Davashtian Manley. That play set up the second touchdown by Rodriguez’ one-yarder. With 38 seconds left in the first quarter, it was Chiefs 14, Tornadoes 0. 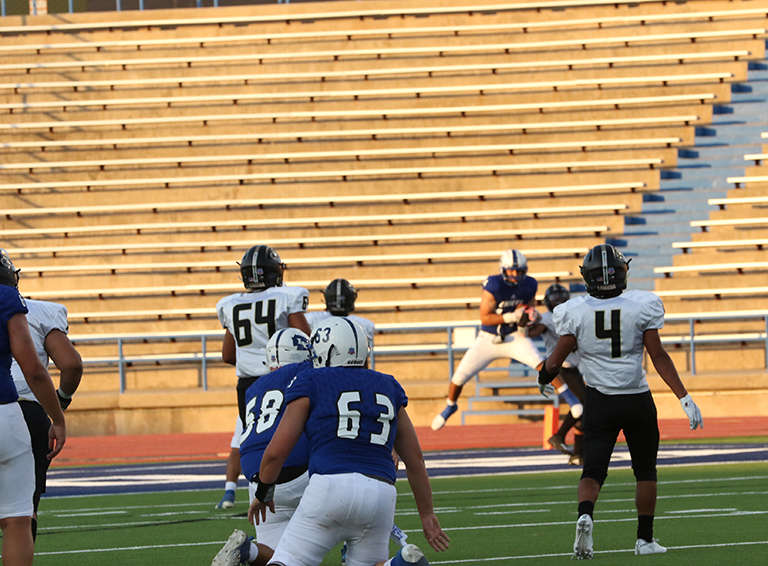 By the second quarter, the Chiefs’ “Pride of the Northside” defense owned the Tornadoes’ offense. Lamesa couldn’t get anything going as Davila, Mascorro, and Jacob Chappa, led the defensive charge in stifling every opportunity to score. Rodriguez continued his air attack as he closed out an early second-half scoring with a perfectly thrown ball to Franklin in the end zone to make it 21-0, Chiefs. 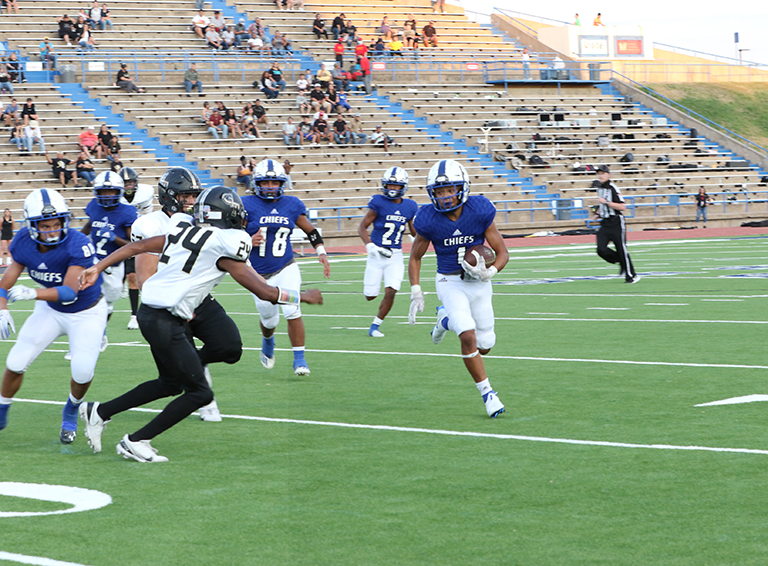 Although Lake View’s quarterback was nearly flawless in his execution of a high-octane offense that scored three touchdowns, Rodriguez’ gunslinger mentality got him in trouble as he threw an interception in the end zone to end a scoring opportunity. His defense bailed him out on the next play as defensive back, Chappa, came up with an interception off a tipped ball thrown by Tornadoes’ quarterback, Christian Ruiz. Lake View couldn’t cash in any points near the goal so the half ended, 21-0 in favor of the Chiefs.

In the second half, Rodriguez continued his hot streak of an air assault on the Tornadoes’ secondary. He hooked up again with Franklin who had his own breakout game with his third touchdown of the night, this one a 56-yarder. Rodriguez finished off his air-raid show with a “dagger-in-the-heart” touchdown to senior wide receiver, Austin Bandy. That impressive 66-yarder upped Rodriguez’ passing stats to 231 yards, with three touchdown passes and one touchdown run. Lake View’s final score made it 35-0 at the end of the third quarter. Lamesa scored the final touchdown and a two-pointer to make it 35-8.

Lake View takes their unbeaten record, 1-0 on the road next weekend, September, 4 against the Pecos Eagles. Kick-off from Eagles Stadium is 7 p.m.