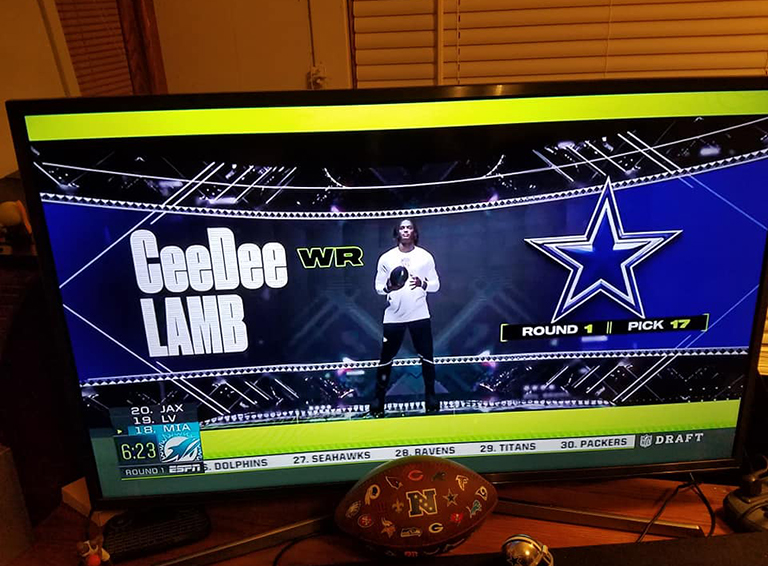 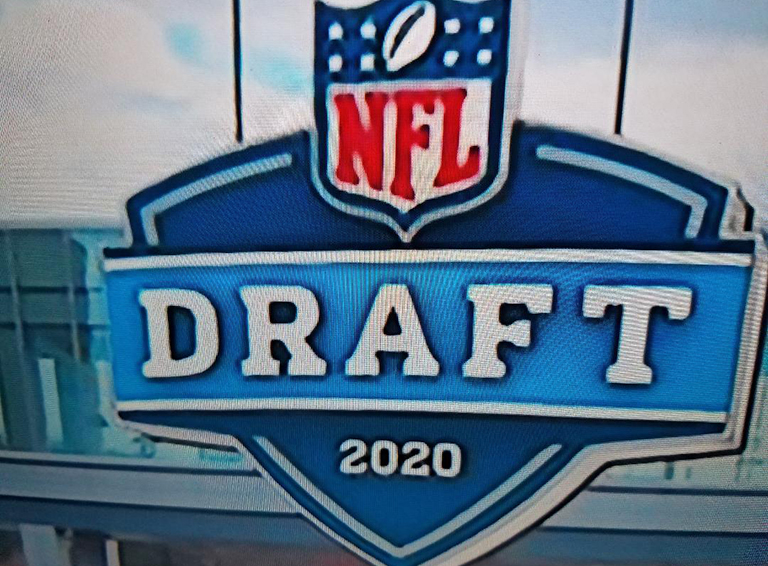 SAN ANGELO – When it comes to, “Best Player Available” versus need, the Dallas Cowboys brass went with "BPA" as the storied franchise never thought that Oklahoma Sooner, CeeDee Lamb would ever be there at #17. In Friday’s 2020 NFL first time ever, virtual draft, conducted by Commissioner, Roger Goodell, the Cowboys had the best of both worlds available on their draft board; either a defensive end. Or a “YAC,” yards after catch “electrifying playmaker” receiver on offense. 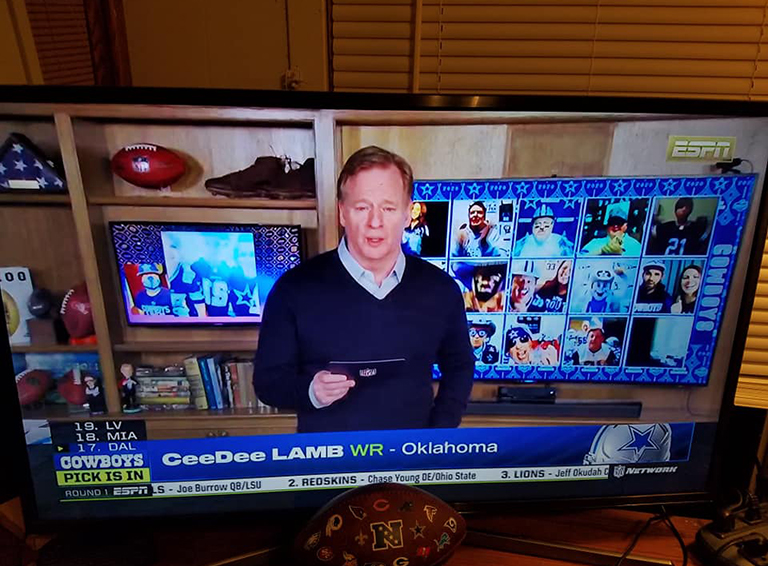 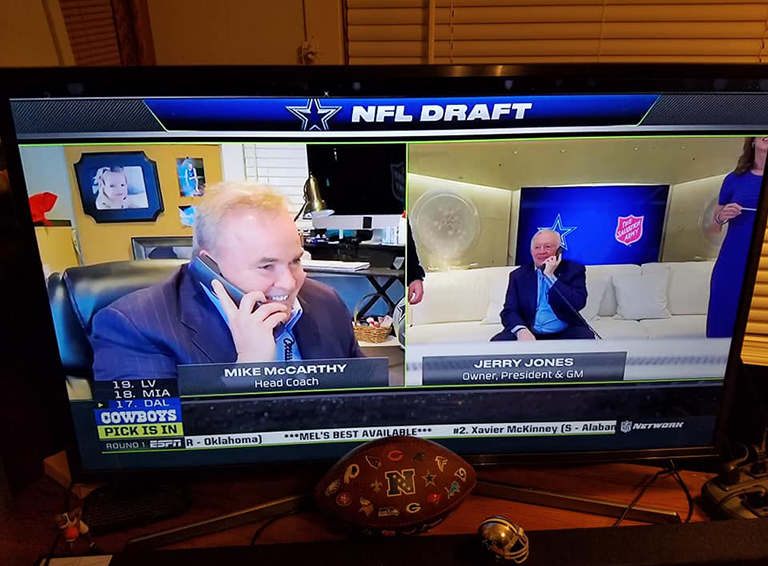 When Dallas went on the clock to select their first-round pick, two players considered “BPA” was there. One was LSU defensive end, K'lavon Chaisson. The other was Sooner slot receiver, Lamb.
Cowboys’ owner/ GM Jerry Jones, his son, Executive Vice President/ CEO, Stephen Jones, Coach Mike McCarthy, and Will Clay, vice president of player personnel, didn’t take long to take who they absolutely wanted, not "needed"— Lamb. The Cowboys from owner to CEO, player personnel and head coach, could not believe CeeDee fell in their laps.

This sports reporter, Flaco Guapo Media [am also fairly certain many of America’s team fans] would have thought that selecting Chaisson would have addressed their defensive woes. Because if you remember Dallas’ 2019 season went “down-the-toilet,” despite its offense being ranked No. 1. It was on the defensive side of the ball where the ‘Pokes allowed 321 points scored, with 5,232 yards rushed against it. Hence the “need” for a defensive player. "I don't mind telling you [Chaisson] was a serious thought," "We talked about it,” said Jones.  He and his coaching staff seriously considered K'lavon as worthy of being an “extremely high value” pick. 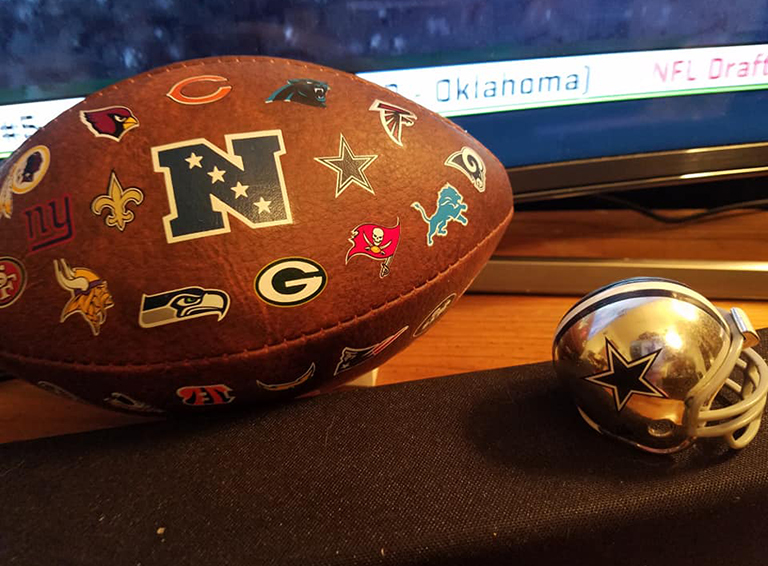 As for how Lamb fits into McCarthy’s offense. “His versatility would enable the Cowboys to use a variety of personnel deployments in their "11" personnel package (1 RB, 1 TE & 3 WRs) to create mismatches all over the field. Moreover, Lamb's positional flexibility could enable Mike McCarthy to put the rookie and Amari Cooper in interchangeable roles to make it nearly impossible to double team or bracket No.19 in the passing game,”https://www.dallascowboys.com/news/bucky-brooks-lamb-has-hopkins-like-traits

Just how exceptional is CeeDee? He finished his three-year career at Oklahoma with fantasy numbers: 173 receptions, 3,292 receiving yards, 33 total touchdowns per Dallas Cowboys' website. As for Lamb’s average yards per catch, 19.0.
In the end, or in this case, in that slot receiver position, the “Best Player Available” selection of Lamb was too good of a deal to pass up. 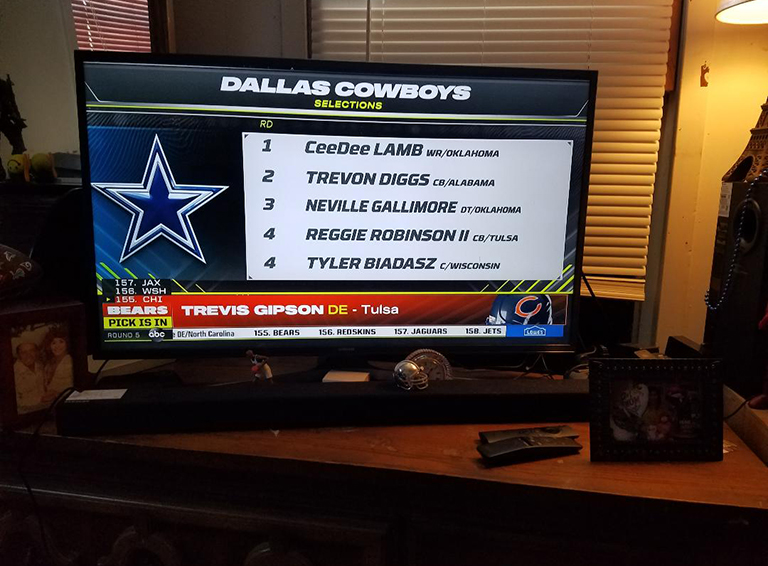 Here are Dallas’ picks from rounds one through seven.

Here is the NFL’s 32 teams draft order:
Round 1